INTERNATIONAL REPORTAGE on the Council of Grand Justice’s ruling that not allowing same-sex couples to marry is unconstitutional, paving the way for the legalization of marriage equality, has been quite ironic in serving as a demonstration of Taiwan’s peculiar status in the world. Namely, while much international coverage has rightly pointed out the historic nature of the event, this coverage has also described Taiwan as becoming the first “country” in Asia to legalize gay marriage by ruling. This was later amended in some articles to refer to Taiwan as an “island,” “region,” “place” or, more commonly, removing any reference to what kind of polity Taiwan is altogether, but still stressing the historic nature of the event as a first in Asia.

This is not surprising, seeing as the ruling in Taiwan seems of far less significance in news if it is the legalization of marriage equality in one province of China. But obviously, it is that Taiwan has a peculiar international status in the world. Taiwan is de facto independent of China, but China still claims political and territorial sovereignty over it, as a result of which most countries in the world do not acknowledge Taiwan as a separate state from China. Rather than an independent nation-state, China claims Taiwan to be a mere province. 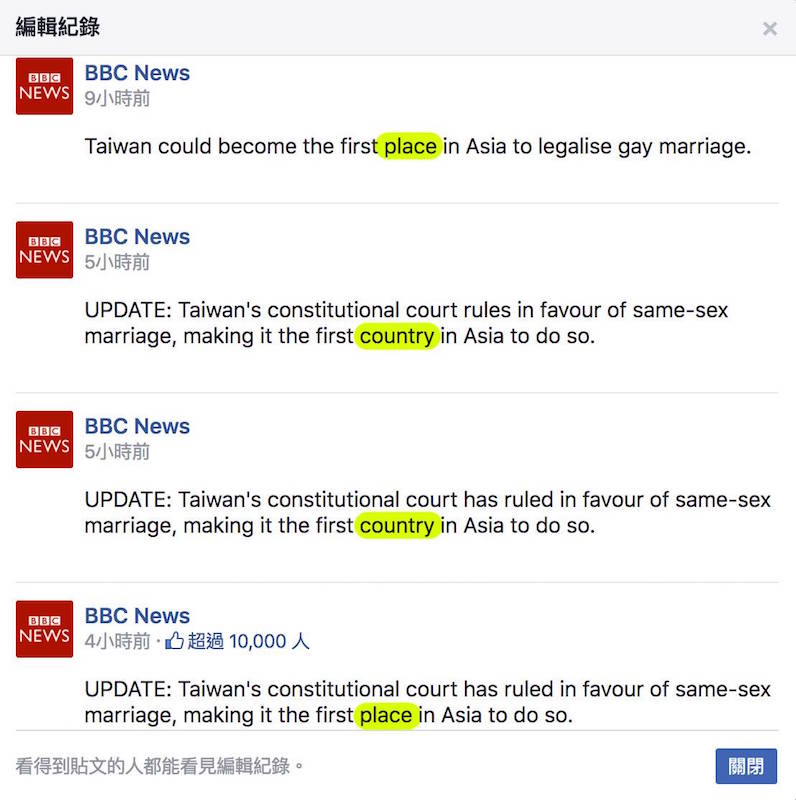 Shifts in how BBC refers to Taiwan in coverage of the Council of Grand Justice’s ruling. Photo credit: 人一藍，腦就殘

Yet Taiwan is a country in every sense, except for de jure recognition of its independence. Taiwan has its own government, economy, currency, military, and separate laws from China. Indeed, the legalization of marriage equality in Taiwan is something which further distinguishes Taiwan from China, which seems as though it is far from legalizing marriage equality. On May 24th, on the same day that the Council of Grand Justices announced its ruling, China shut down the lesbian dating app, Rela, because of an activity it hosted where mothers of gay men and lesbian women could organize dates for their children, a spin off of a traditional Chinese practice.

Nevertheless, because China is a force in the world which is impossible to ignore, much of the world acts as though Taiwan were a part of China, as we can observe in Taiwan being forced to participate in international bodies and sporting events as “Taiwan, Province of China”, “Chinese Taipei,” or a host of other names which suggest that Taiwan is a part of China. But, again, despite constant surface-level claims to Taiwan as a part of China, Taiwan is still in fact treated as a de facto nation by the international community quite simply because it is a de facto nation. 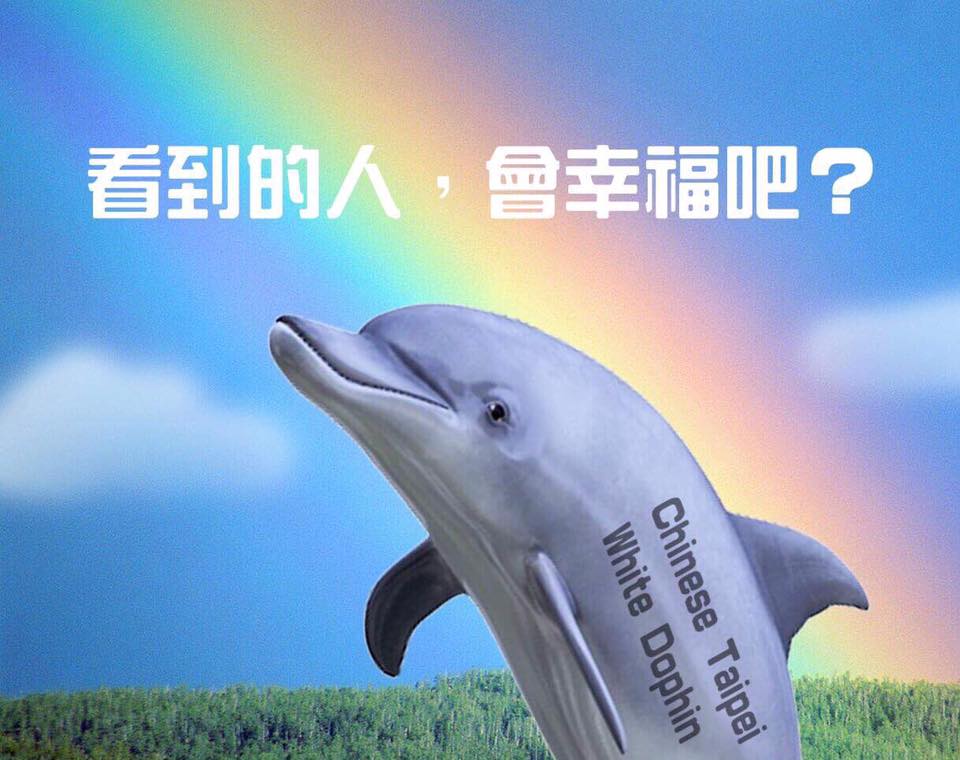 Internet meme mocking reversals by Wu Den-Yih of the KMT on the issue of same-sex marriage. Photo credit: Taiwan Fugue

One cannot, for example, conduct international trade with Taiwan using Chinese laws, because they do not apply to Taiwan, which has its own law systems. For much the same reason, Taiwan is in fact a de facto member of many of the international bodies it is ostensibly excluded from because it is a mere part of China, simply because there is no way to ignore Taiwan’s size as a nation-state. For example, out of the world’s 200 or so countries, Taiwan has the 54th largest population and the 21st largest GDP in 2015. As such, while technically excluded from the ICAO, which manages international air traffic, Taiwan does actually de facto participate in the ICAO because ignoring Taiwan altogether would lead to disastrous air accidents the world over because of Taiwan’s size.