COMMENTS BY Donald Trump about South Korea in context of nuclear and missile threats by North Korea and his recent meeting with Chinese president Xi Jinping should raise alarm in Taiwan. Namely, however darkly comical Trump’s words and actions sometimes are, Trump remains unpredictable and dangerous for Taiwan.

The possibility remains that Trump may unpredictably make moves to try and bargain away Taiwan. While some see Trump’s foreign policy actions as having become increasingly mainstream in nature, indicating that Trump is increasingly held in place by the institutional checks of the American state apparatus, if Trump were to attempt to move on his own to try and bargain away Taiwan, there is the possibility that public reaction will be positive.

The public may see this as Trump avoiding the catastrophic possibility of war with China and approve of this, in line with the fact that the American public seems generally approve of increasingly mainstream foreign policy moves by Trump. Indeed, there may be precedent for such a positive reaction in that the American public at large reacted quite badly to moves by Trump to try and bring America closer to Taiwan during his highly controversial phone call with Tsai Ing-Wen. And even if elements of the American state apparatus may seek to maintain America’s current relationship with Taiwan, there may be little that institutional checks or state actors can do if overall public response to bargaining away Taiwan in favor of what is perceived as a move to maintain peace with China is overwhelmingly positive.

Indeed, there is reason to suspect that Trump still does not grasp power relations within the Asia Pacific. After his meeting with Xi Jinping, for example, Trump claimed that he had learned from Xi that South Korea had once been part of China. Unsurprisingly, apart from this provoked much shock and anger from South Koreans, it is to be questioned where Trump got the idea. Korea was once a tributary state of China, but Korea has never been a part of China. At present, China wishes for Asia to fall in line behind its leadership, inclusive of South Korea. And although speculative claims that China will extend its direct territorial claims to include former tributary states as South Korea and Japan are sometimes raised, this seems unlikely in the near future.

Nevertheless, where Taiwan has reason to be afraid if that if Trump cannot even get the status of South Korea correct in regards to that South Korea is and never has been not a part of China, this should raise fears as to what his understanding of Taiwan’s much more complicated relation to China is. If Trump were to utter some random statement about Taiwan suggesting the validity of Chinese claims over Taiwan which would be widely reported on internationally, this would not only be deleterious of Taiwan’s attempts to assert its de facto independence in the international sphere despite the obscure nature of Taiwan’s peculiar international status, but this would embolden China greatly. China might take this as a sign that America was backing down from any commitments to Taiwan, for example, seeing as such a statement came from the American president who is, after all, commander-in-chief of the American military.

Likewise, the Trump administration’s handling of the possibility of a North Korean missile test should be cause for worry. After first claiming that it was ordering an “armada,” that is, a carrier strike group, towards North Korea, it was later found that the carrier in question, the USS Carl Vinson, was actually headed away from the Korean peninsula at the time. The Trump administration had lied outright about its actions with little compunction, never mind claims that the Trump administration is becoming increasingly predictable in its foreign policy moves. As with his prior statements about Korea’s historical relation to China, this provoked significant outrage in South Korea. 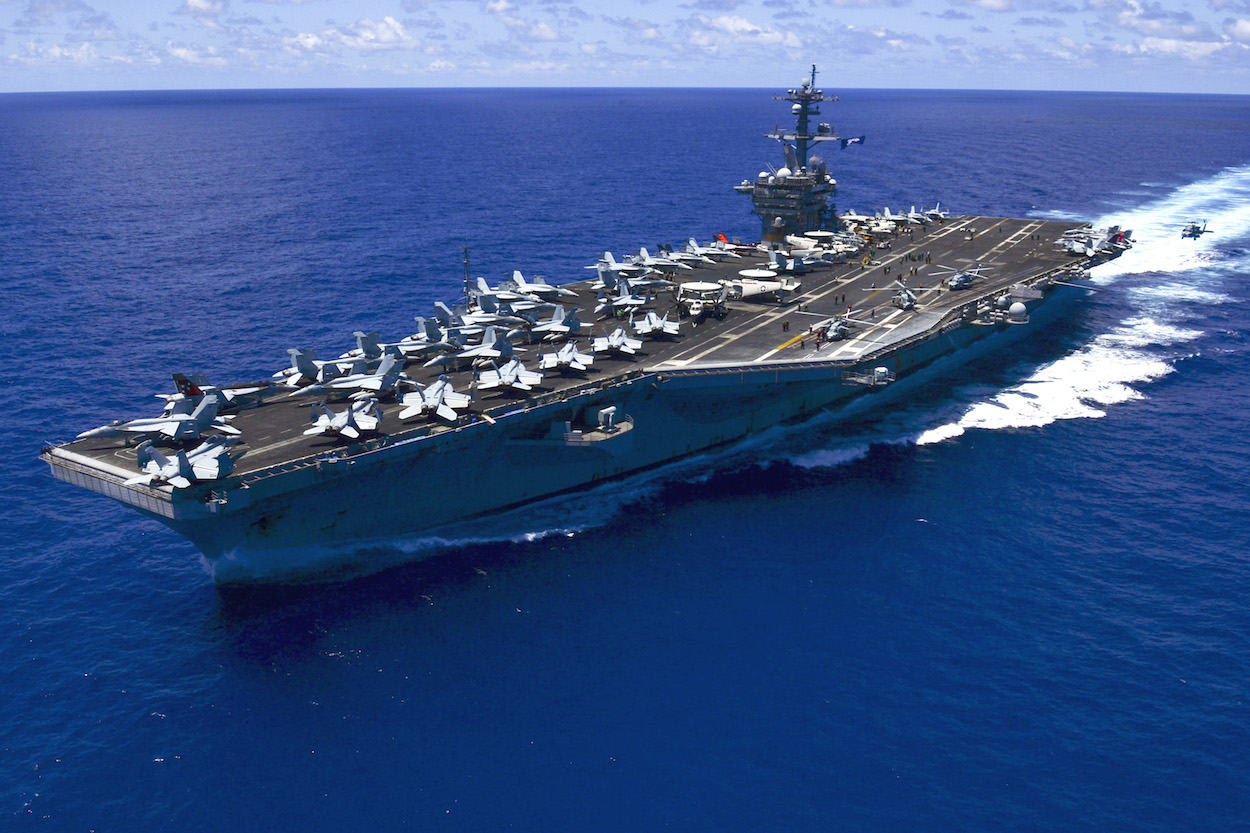 But apart from that this raises questions for Taiwan’s ability to have faith in any future promises by the Trump administration, which could simply be lies, this also demonstrates the large impact that mere words by the Trump administration which are not actually followed by action has in international affairs. The Trump administration’s words were taken at face value by international media, which had no way to confirm the movements of the USS Carl Vinson at the time, and this significantly ramped up tensions between America, China, and North Korea. State actors as China or North Korea probably cannot always sort out truth from lies with the Trump administration either, leading to the possibility of catastrophic misunderstandings between great powers that have permanent consequences. Either way, this just raises the chances that Taiwan may be caught in the middle of the crossfire.

Either way, one generally suspects that following such public outcry in South Korea regarding the Trump administration’s handling of North Korea, outrage from the South Korean public may put pressure on the South Korean government to shift away from dependency from America for security reassurances and towards reliance. This is also a possibility for other nation-states in the Asia Pacific which currently exist within the American sphere of influence, including Japan and Taiwan. We shall see. But in the meantime, many dangers still remain for Taiwan regarding the Trump administration.