Looking Back On Rex Tillerson’s Meeting With Xi Jinping 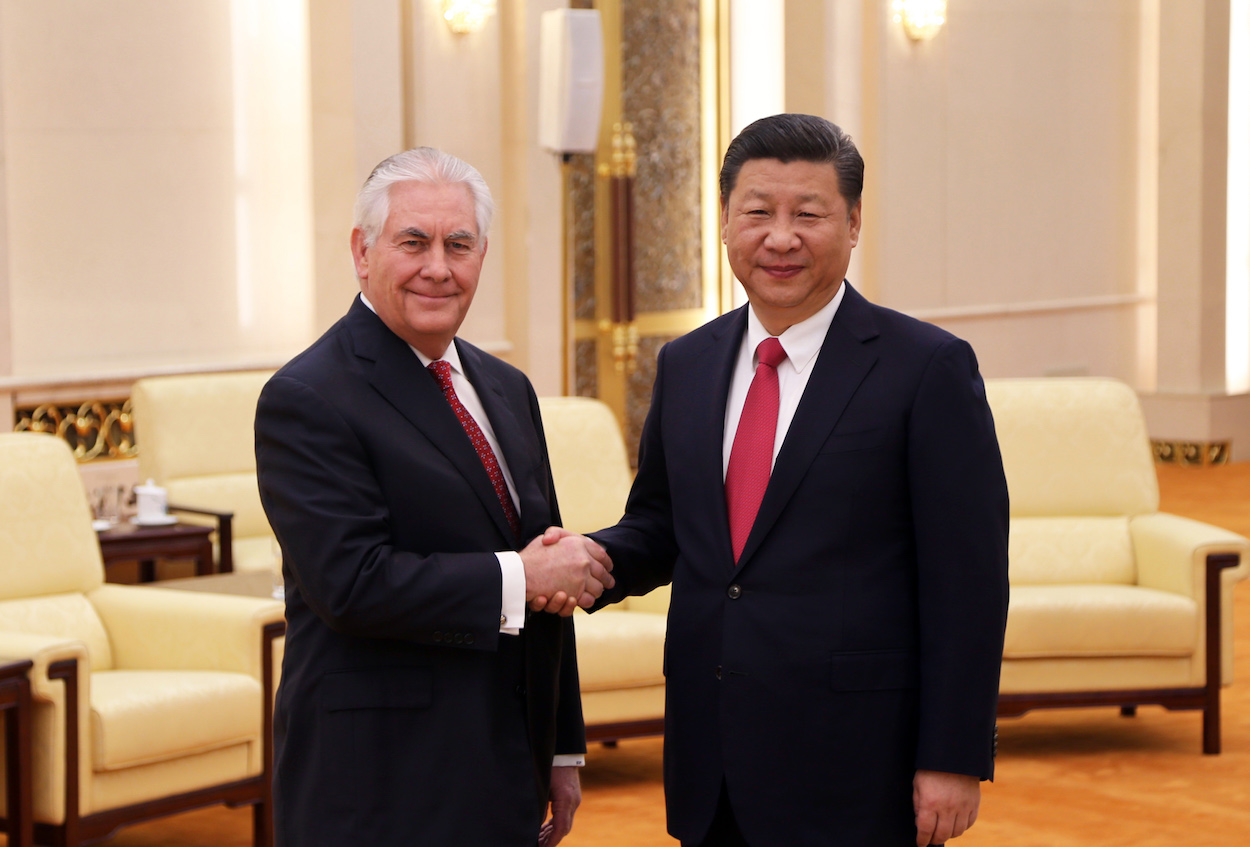 This is not the first time American officials have drawn on Chinese diplomatic vocabulary in their official statements, something that the Obama administration did after Obama’s meeting with Xi, but whereas past usage of such vocabulary was sometimes meant as an olive branch gesture, Tillerson came off as parroting Chinese statements outright. As such, some perceived this as indicating American weakness, and that the Trump administration’s lack of knowledge of international relations and willingness to go along with the agendas of other nation-states has left America vulnerable to undue influence from traditional enemies. The largest example of this can be seen in the strange relation between Vladimir Putin and Trump but this is also inclusive of potentially warming relations between the US and China under Trump for some. But in context of Tillerson’s China visit, some also found it significant that Tillerson failed to bring up human rights issues during his meeting with Xi and that the for the first time in history US did not sign onto a joint letter between eleven nations criticizing China’s human rights record. This is taken as a further sign by some that the Trump administration is allowing China to set the agenda of US-China relations.

Oppositely, because Tillerson did not make too much grand moves, this was reassuring for many who have had longstanding doubts about the sudden shifts of the Trump administration in breaking with long established foreign policy tenets. The most dramatic of these was probably the Trump-Tsai phone call in December of last year, with statements afterwards by Trump interpreted to mean that he would consider using Taiwan as a bargaining chip for a potential deal with China, as well as the possibility that, following statements by Trump during election campaigning, Trump would seek to withdraw US troops from American bases in South Korea and Japan in the belief that South Korea and Japan were mooching off of American munificence in not paying enough for their own defense.

However, the fact that Tillerson did not break too much from American orthodoxy should not in fact be reassuring. Verdicts on Tillerson have always been divided in a manner quite similar to divided verdicts regarding his boss and in this way, Tillerson is similarly unpredictable. Tillerson shares with Donald Trump a lack of foreign policy experience outside of international business dealings, a longstanding history of friendship with Vladimir Putin, and has provoked China in the past through comments breaking with prior diplomatic precedent by suggesting that America may seek to block Chinese access to South China Seas islands entirely. In another unprecedented move, reflective of Donald Trump’s antagonism with the American media, Tillerson also restricted media access to his Asia visit to all reporters apart from a lone, relatively inexperienced reporter from a recently founded far-right-wing media outlet, the Independent Journal Review. Nonetheless, his actions as secretary of state have included bringing members of the traditional diplomatic establishment into his team and at other times, he has acted in a manner not substantially breaking from diplomatic orthodoxy, as observed in his recent Asia visit, and Tillerson differs from Trump on several significant issues. 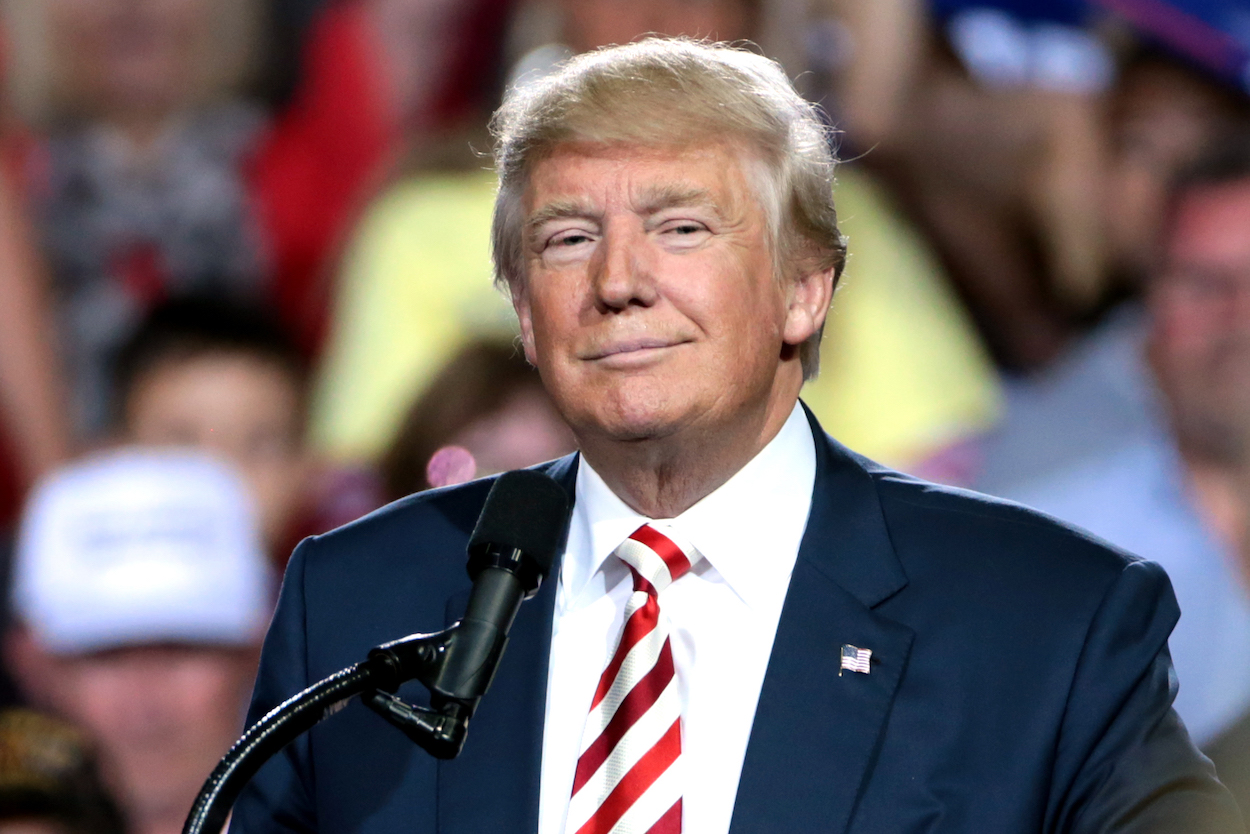 Furthermore, apart from all these questions, for those who are betting on the latter possibility only, of Tillerson acting as a stabilizing force in the Trump administration, some reports question how much influence Tillerson actually has in the foreign affairs. The possibility has been raised that Tillerson’s influence on foreign affairs is being curbed because the Tillerson-led State Department is being shut out of crucial diplomatic meetings in favor of allowing relatives of Trump or otherwise unqualified individuals close to Trump attend such meetings.

Either way, the Tillerson visit to China and his meeting with Xi Jinping was only a preparatory event for the anticipated meeting between Trump and Xi which many believe will take place at the Trump-owned resort Mar-a-lago next month, and so the Tillerson meeting with Xi Jinping in this case does fit into future planned actions of the Trump administration. Yet if Tillerson did not break from the orthodoxy this time around, many are wary of the possibility that Trump might. No less than former AIT head William Stanton, for example, has suggested that Trump may just not be prepared for such a meeting. One should remember that because Trump is unpredictable if anything else, Trump may make unilateral decisions which supersede what those below him are attempting to accomplish. Too much remains uncertain in order to place blind faith in the belief that all is as usual under the Trump administration, as comforting as that belief would be for those who bank only on US as the guarantor of stability in the Asia Pacific.