TPP Reversal A Sign Of Incoherency, Not Grand Mastery Of Negotiation By Trump

REPORTS THAT Donald Trump intends to reverse course on the TPP and seek American admittance to the agreement are vaguely humorous. Namely, withdrawing from the agreement was not only a key campaign promise of Trump’s but literally one of Trump’s first actions in office.

It remains to be seen how well this U-turn will sit with Trump’s base, seeing as Trump’s claim that he would be withdrawing America from free trade agreements was to put American domestic interests first. If this is a unilateral decision by Trump, this also has potential to cause dissent within the ranks of the Trump administration. Key Trump administration economic advisor Peter Navarro, who recently became the dominant economic official within the Trump administration after ousting rival Gary Cohn, is generally seen as having orchestrated Trump’s withdrawal from the TPP, having been a strong critic of American participation in free trade. 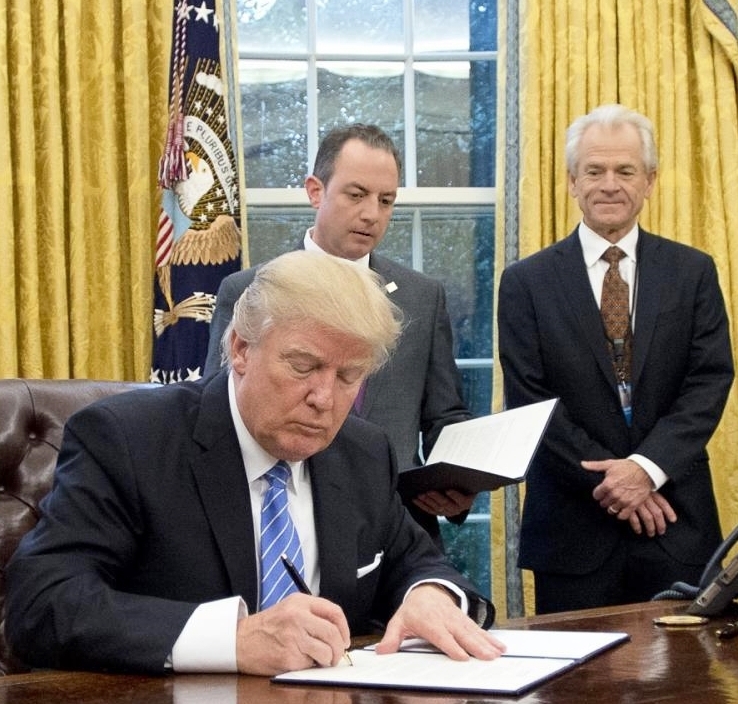 As such, seeking to reenter the TPP could, in fact, be a product of more muddled thinking Trump, as observed in a number of last-minute reversals in American policy which seem to stem directly from the president. The most recent example in international foreign policy would be Trump suddenly declaring a willingness to meet with North Korean leader Kim Jong-un, but as with the proposed Kim-Trump summit, prominently opposed by recently named National Security Advisor John Bolton, it is possible that Trump advisors such as Navarro will seek to talk their boss out of going through with attempts to rejoin the TPP. The Trump administration seeking to rejoin the TPP in such a last-minute reversal, then.

It is reported that Trump’s decision to reenter the TPP may stem from the fact that American farmers have been hurt by the trade war with China that the Trump administration dragged America into through imposing high tariffs on aluminum and steel experts and launching a variety of trade sanctions against China, something Navarro was also seem as instrumental in. Although Trump has downplayed the effects that a trade war with China would have, this may be a way in which America is suffering from a trade war with China.

No doubt there will be those who will see the Trump administration’s incoherency in a rosy light—namely, with the many irrational actions of the Trump administration to date, there is sometimes the conflation of madness with genius. Some will claim, especially in Taiwan—which is desperate to enter the TPP as a way to cement stronger trade and defense ties with America and other Asia Pacific nations—that Trump’s withdrawal was all part of a larger plan aimed at getting a better deal for America. Alternatively, America seeking to rejoin the TPP will be seen as part of the “stabilization” of the Trump administration and its eventual conforming to international norms after some period of instability—as has already been suggested many times in a manner which usually conflates wishful thinking with reality. 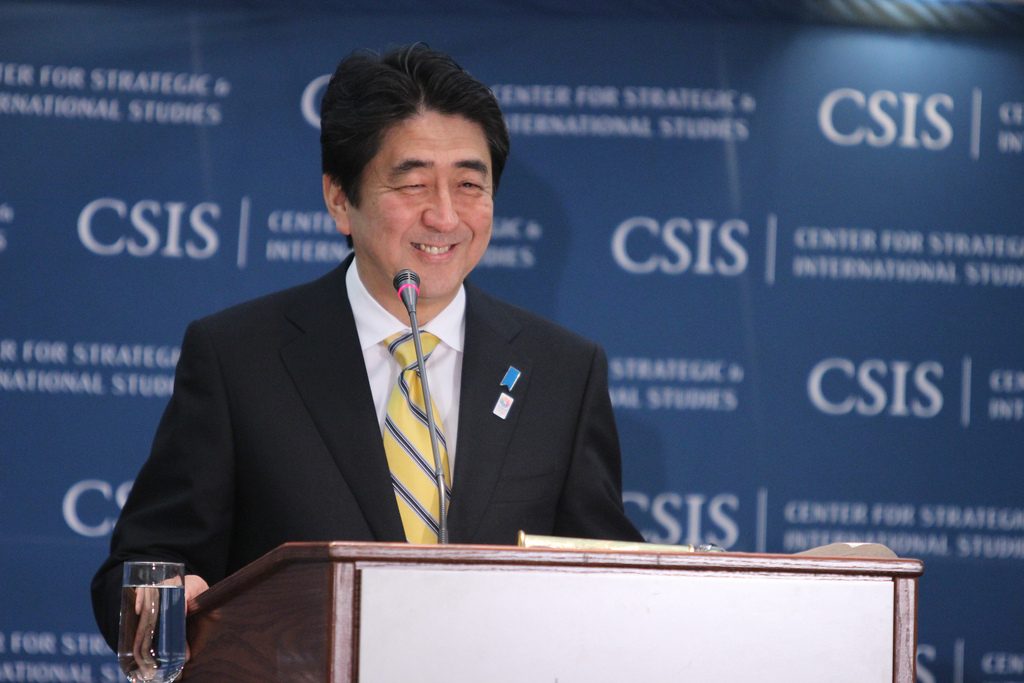 However, it seems very likely at this late stage that America will encounter difficulties rejoining the TPP, seeing as 11 nations have already ratified the Comprehensive and Progressive Agreement for Trans-Pacific Partnership to advance towards the TPP without America. This will contribute to a loss of face for America on the international stage if America is unable to join the TPP, which was originally led by America.

Japan in particular became the dominant power in the TPP following American withdrawal, with negotiations for the agreement proceeding in spite of American withdrawal because it would still be to the geopolitical benefit of Asia Pacific nations to have stronger economic and political ties to ward off the threat of China. Yet TPP nations, as led by Japan, originally sought to leave the path open for a late-stage American re-entrance to the TPP.

But Trump’s controversial trade tariffs on aluminum and steel—which would strongly affect American allies as well as American domestic industries—were the last straw in pushing TPP nations to sign the agreement without America. And now America wants back in again?

Likewise, while, again, some will claim that Trump simply wanted to play his cards to get a “better deal” on the TPP in line with high-risk negotiation tactics, this is also mistaken. Because America was not part of TPP negotiations, America will get a worse deal on the TPP; controversial measures pushed for by America, particularly in the realm of intellectual property, were removed by TPP member nation-states following America’s withdrawal from the agreement. Although they sought to bait America back into the agreement by suggesting that they would be added again, that they eventually ratified the agreement without America means that America would probably get a worse deal on the TPP if allowed back in, rather than if it were part of negotiations through the process of ratification. 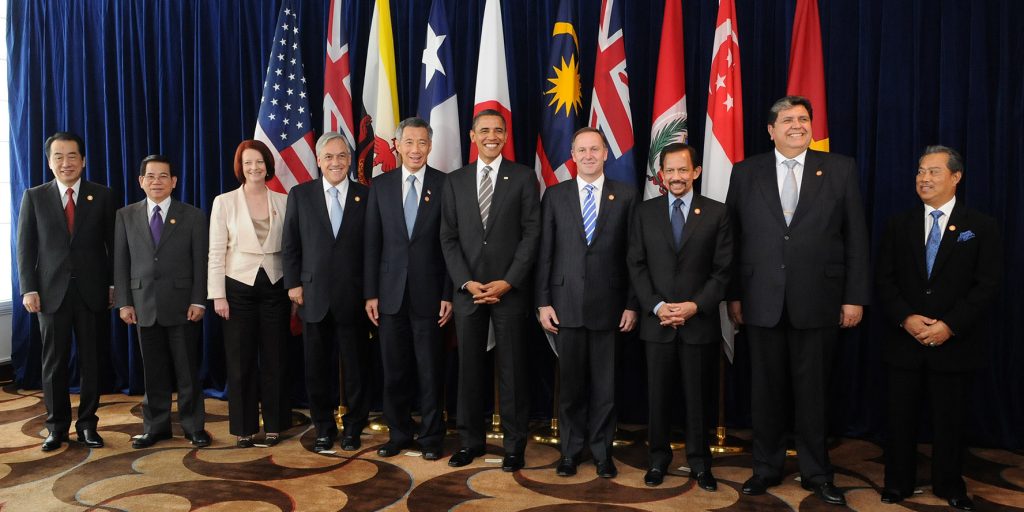 On the other hand, it is a whole other question whether TPP member states will, in fact, consider the possibility of America involvement important enough to reverse course on the agreement—if such a thing is possible at this late stage. Yet, of course, in line with the frequent reversals of the Trump administration, Asia Pacific nations also have little guarantee that Trump will not flip-flop on the issue further down the line.

Either way, as with other free trade agreements, the TPP will be an agreement which ultimately serves to benefit global elites while impoverishing the working classes of its various member nations—America included. This would also be true of Taiwan if it were to join the TPP. One imagines, for example, that Taiwan’s much vaunted universal healthcare system will be anathema to TPP conditions benefiting internationally powerful drug companies, allowing generic medications to be edged out, to say the least.

Yet it is a sign of the incoherency of the Trump administration more than anything else that it were to try and reverse course on the TPP at this late stage. This, too, needs to be kept in mind, rather than leaping onto an act of sheer incoherency to place even more blind faith in the Trump administration. However, given Taiwan’s longstanding blind faith in the US, this would not be surprising either.