THE ANNUAL anti-nuclear march in Taiwan, commemorating the Fukushima incident in Japan, took place yesterday, with environmental groups, Third Force parties, youth activists, and other civil society groups marching through the streets of Taipei, Taitung, and Kaohsiung. In Taipei, the demonstration began in Ketagalan Boulevard, in front of the Presidential Office Building, before proceeding to Ximending, through streets near Taipei Main Station, and then returning to Ketagalan Boulevard.

Police estimates were that one thousand demonstrators were in attendance in Taipei. Certainly not more than several thousand were in attendance, marking the demonstration as significantly smaller than anti-nuclear demonstrations commemorating the anniversary of Fukushima in previous years. Demonstration organizers previously announced that they expected over 100,000 in attendance, which was a reasonable estimate based on past demonstrations. For example, the March 2014 iteration of the same protest saw as much as 200,000 come out onto the streets of Taipei, which was followed by an anti-nuclear demonstration in April which saw tens of thousands occupy Zhongxiao West Road in front of Taipei Main Station during democracy activist Lin Yi-Hsiung’s high profile hunger strike against nuclear energy. 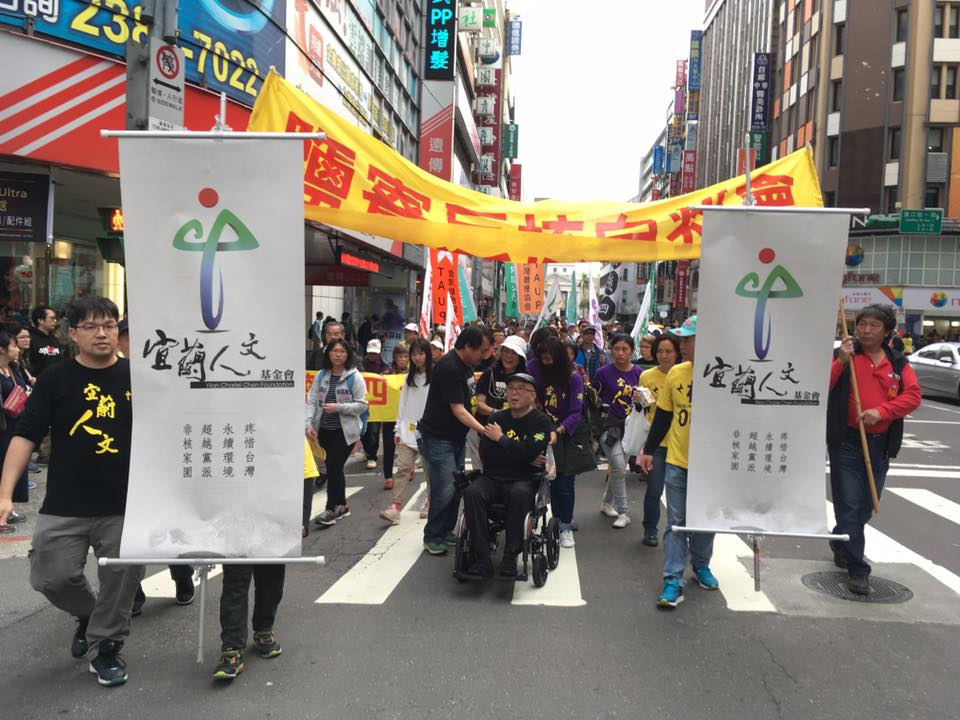 Demonstrators also called attention to the unresolved problem of that nuclear waste continues to stored at waste storage sites which are built without the consent of local residents, as observed in prominent cases as Orchid Island, in which the indigenous population of the island was deliberately misled about the construction of a nuclear waste storage site by the local government. Whether on Orchid Island or elsewhere, nuclear waste is oftentimes stored in locations close to residential areas, including densely populated urban areas. 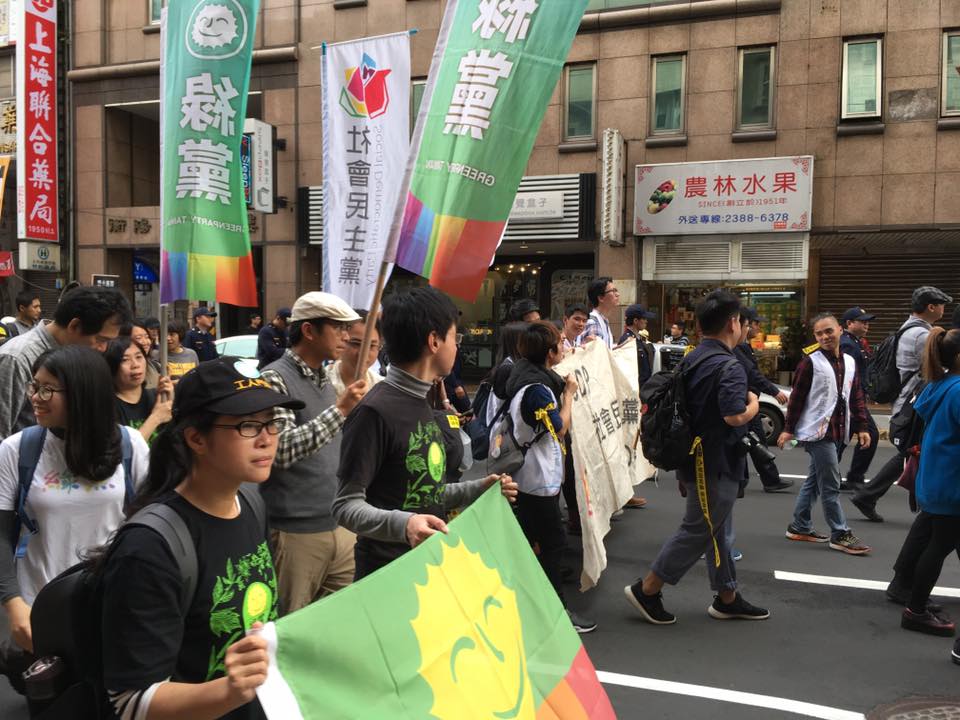 But more broadly, the issue of nuclear energy is not a dominant issue within Taiwanese political discourse right now, the way it was in previous years. Nevertheless, as some civil society groups have suggested, it also seems likely that in previous years, because a KMT government was in power, opposing nuclear energy was also a way to voice protest against the KMT. In the years leading up to the Sunflower Movement, for example, the anti-nuclear movement came to stand in for a broader range of issues concerning Taiwanese sovereignty, and the anti-nuclear movement was an important incubator for groups that were later active in the Sunflower Movement. Now that a DPP government is in power and because the KMT is increasingly weakening, less are motivated to go out into the streets and protest. Indeed, in 2015, 60,000 demonstrators took to the streets for the commemoration of the Fukushima incident across Taiwan when the Ma administration was still in power, with 40,000 demonstrators in Taipei alone. But 2016 only saw 7,000 demonstrators in Taipei, seeing as the march took place shortly before the Tsai administration was set to take power. 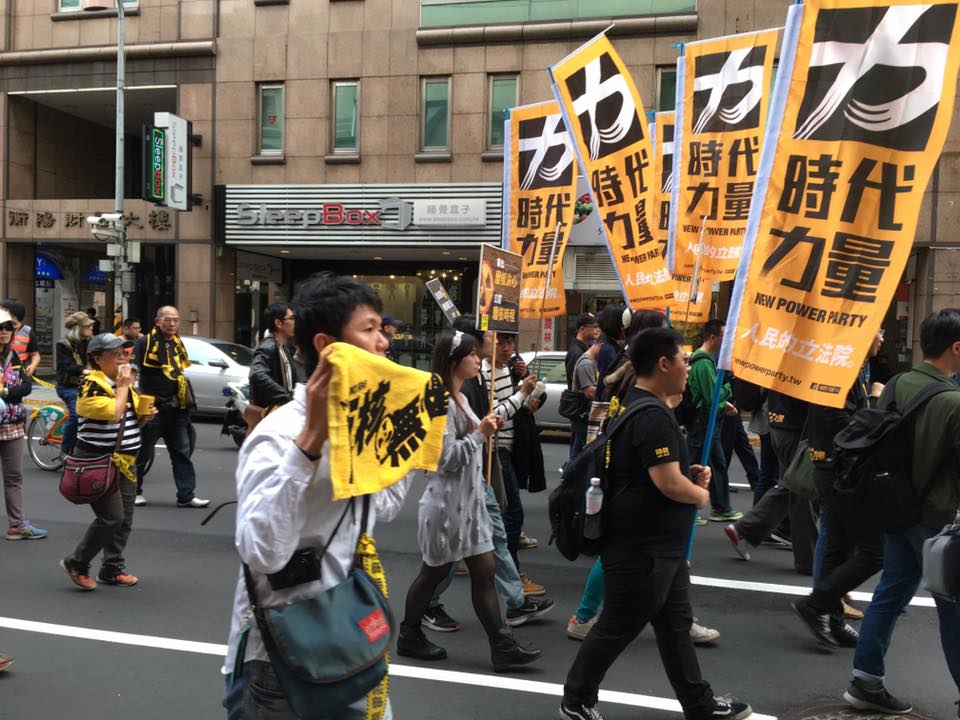 The fact that Taiwanese civil society and youth activism continues to largely stand for the same, broader set of issues was evident today in that many of the groups present at the demonstration today do not directly concern themselves with nuclear energy or environmental issues. Apart from Third Force parties as the New Power Party and Social Democratic Party, present also were groups as the prominent LGBTQ advocacy group, the Taiwan Tongzhi Hotline, indigenous demonstrators protesting the failure of the Tsai administration to return indigenous traditional lands, teacher organizations, and other groups. The anti-nuclear movement continues to be one which unites Taiwanese civil society and youth activism.