THE UPCOMING RACE for KMT party chair seems set to be a hotly contested one, with party heavyweights Hau Lung-Bin and Wu Den-Yih seeking to pry the position of KMT party chair away from Hung Hsiu-Chu. Hung’s leadership is seen by many as having further accentuated the party crisis of the KMT, rather than renewed the party, seeing as rather than steer the party in the direction of reform, Hung instead attempted to take the party back to anachronistic party fundamentals.

But it is feared within the KMT that Hau and Wu both seeking to run, rather than one working with the other, may split the vote and allow Hung to come on top again. And, regardless, the traditional structure of the KMT seems set for fundamental disruption given the integration of the Fu-hsing chapter into regular branches of the party.

The Fu-Hsing chapter consist of military personnel and their relatives and operates relatively autonomously from the rest of the KMT, almost functioning as a party within the party because elections for it are conducted separately from the rest of the KMT. The Fu Hsing chapter slants deep blue and would be expected to favor candidates with military backgrounds such as Hau, seeing as Hau is the son of former premier and ROC military general Hau Pei-Tsun, who has the loyalty of the “Old Soldier” faction of the KMT.

Integrating the Fu Hsing chapter into the rest of the party appears to be a move by Hung aimed at stacking the deck in her favor, using her current chairmanship of the party, by limiting the power of the military factions that might vote for Hau. This would also simultaneously limit the power of the pro-localization factions of the KMT which may vote for Wu by balancing the deep Blue Fu Hsing chapter against pro-localization factions, seeing as Wu is benshengren. Nonetheless, Wu is deeply tied to the mainland faction of the KMT.

Wu and Hau could potentially team up against Hung, but it appears that they instead will compete for KMT party chairman individually. While Hung previously saw censure for using undemocratic means to force these changes to pass, Hung’s bizarre apology video released online involving revealing that her iconic short red hair is actually a wig seems to have stunned her opponents into silence, and led them to back down from criticisms of Hung, since many seemed to have felt sympathetic towards Hung after her sincere-seeming but incredibly bizarre apology. In retrospect, will the Hung wig episode go down as a brilliant political move?

Likewise, this race will also see the entrance new political candidates to office who may be hoping for a meteoric rise to fame not unlike Hung’s in 2016 presidential elections, in which Hung, a previously unknown politician, rose to become presidential candidate of the KMT by virtue of a power vacuum within the party. Namely, party heavyweights as Hau or Wu were hoping to be asked to run for president by the party, likely hoping to avoid throwing their hats into the ring too early for fear of stoking party tensions and so not initially putting their names forward as candidates. But this created room for Hung to unexpectedly become presidential candidate of the KMT when she unexpectedly stood for candidacy and thereafter refused to back down in favor of any party heavyweights. Though later forcibly removed as the KMT’s presidential candidate in favor of Eric Chu, this allowed Hung to become a party heavyweight in her own right, eventually paying the path for her to become the KMT’s party chair through once again putting her name forward during a period in which there was a power vacuum in the party and she refused to stand down in favor of other candidates. 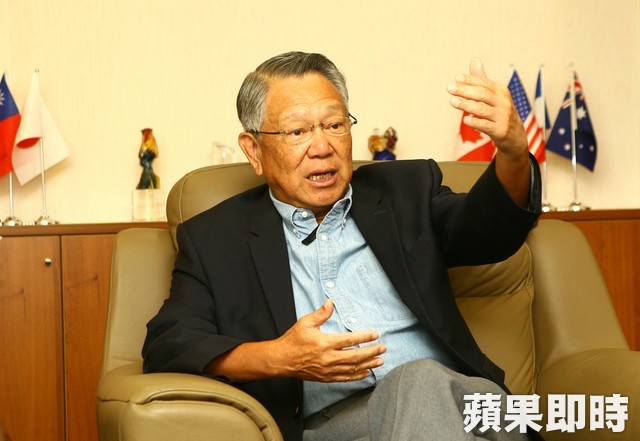 Indeed, with some of the candidates who have put their names forward for chair, one wonders whether these individuals are similarly hoping to rise from obscurity as Hung. These individuals include lesser known politicians such as former KMT vice chairman Steve Chan and former Taipei Agricultural Products Marketing Corp president Han Kuo-yu.

Notably, Chan may be acting a proxy for FoxConn owner Terry Gou, who is rumored to be considering a career in politics after Donald Trump’s presidential victory in America proved that businessmen with no previous political experience entering politics can be highly successful. As a former vice chairman of the KMT, Chan also holds the same position that Hung did before her meteoric rise from obscurity to become chair of the KMT, although Hung was a previous vice president of the Legislative Yuan. Chan is known for his links to southern, more Taiwanese factions of the KMT and previously left his position as KMT vice chairman due to disagreements over the KMT’s handling of the party assets issue. Former vice president Vincent Siew has also said he will back a run by Chan.

On the other hand, Han appears to be quite a odd political candidate, his immediate action after announcing his candidacy being to turn around and embrace a large stack of lettuce, claiming that this was representative of his embrace of public opinion. A former three-term lawmaker and a brief KMT party caucus leader, Han is also known for physically attacking once physically attacking Chen Shui-Bian before Chen became president of Taiwan. 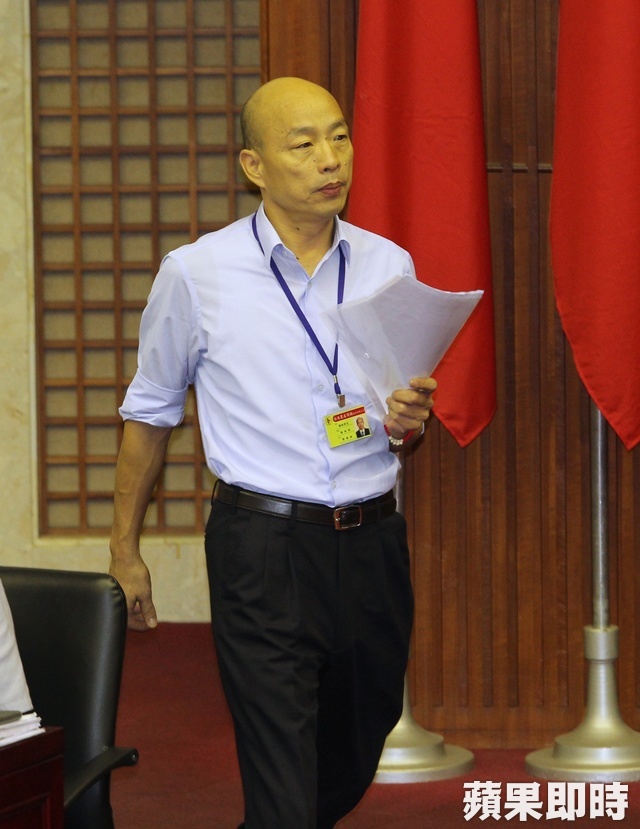 Who knows? Perhaps Hung’s political career proves that anything is possible when there is a political deadlock. Maybe if the vote is divided between Hung, Wu, and Hau, one of these individuals will unexpectedly rise to become the next chair of the KMT. But that seems unlikely.

Of the three frontrunners, Hung, Wu, and Hau, if the vote is divided between the three of them, there will be a run off between whoever is left. As Michael Turton points out, this means that it would either be Hung against more orthodox candidates of the mainlander establishment of the KMT such as Wu and Hau or Wu and Hau versus each other as two candidates of the mainlander establishment.

On the other hand, does Hung wish to have a second shot at the presidency? And if not, who would Hung field as a candidate? Hung also has close ties to Gou, having publicly accepted a loan from Gou’s mother to pay off KMT party workers due to the freeze of its assets because of the current probe into illegal assets of the KMT under the Tsai administration. 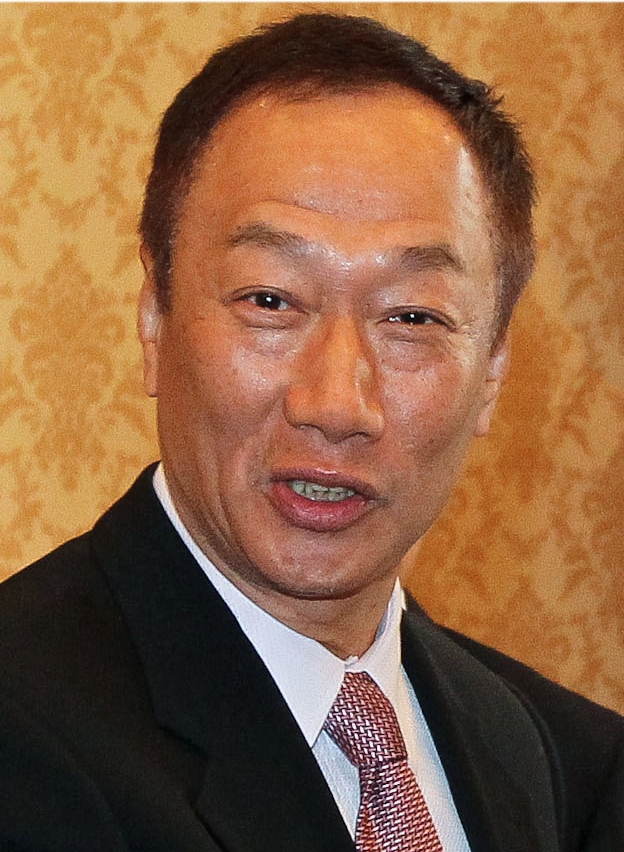 One wonders. Either way, Gou has at least two and possibly even three candidates who will support a presidential run by him for president. Gou could be a “cheap” presidential candidate for the KMT given its currently dire economic straits, seeing as Gou could probably fund his own campaign through his personal resources. Gou is no less prone to gaffes than Hung, except his gaffes are less comical and only illustrate his exploitative and ruthless nature, both in his treatment of Chinese workers in his overseas factories and of his Taiwanese managerial staff. Even if Gou’s resources are substantial, unless she severely stumbles, Tsai Ing-Wen would very probably wipe the floor with him.

So the KMT does not seem set to rejuvenate itself anytime soon, whether with regard to party chair elections or future presidential elections. Indeed, it is particularly striking that with Hung, Wu, and Hau, we have in recent weeks observed many farcical attempts to reach out to young people that only illustrate the geriatric nature of the KMT, pointing to the fact the party has no base among Taiwanese young people and seems doomed for extinction.

Moreover, the inner workings of the KMT seem increasingly farcical for a party which just one year ago controlled both the legislature and presidency. No matter who wins, the vast shifts which have been made to occur in the party, through not only the integration of the Fu Hsing branch into regular branches but also an end to the practice of the party chairman usually being the party’s presidential candidate, make the severity of the KMT’s current political crisis quite evident. And regardless of who whoever wins KMT party chair elections will find themselves at the head of a party which is increasingly a political joke in Taiwan.