A RECENT STOPOVER by Taiwanese president Tsai Ing-wen in New York has drawn an unusual amount of public attention, with the view that the visit is indicative of strengthening ties between America and Taiwan. 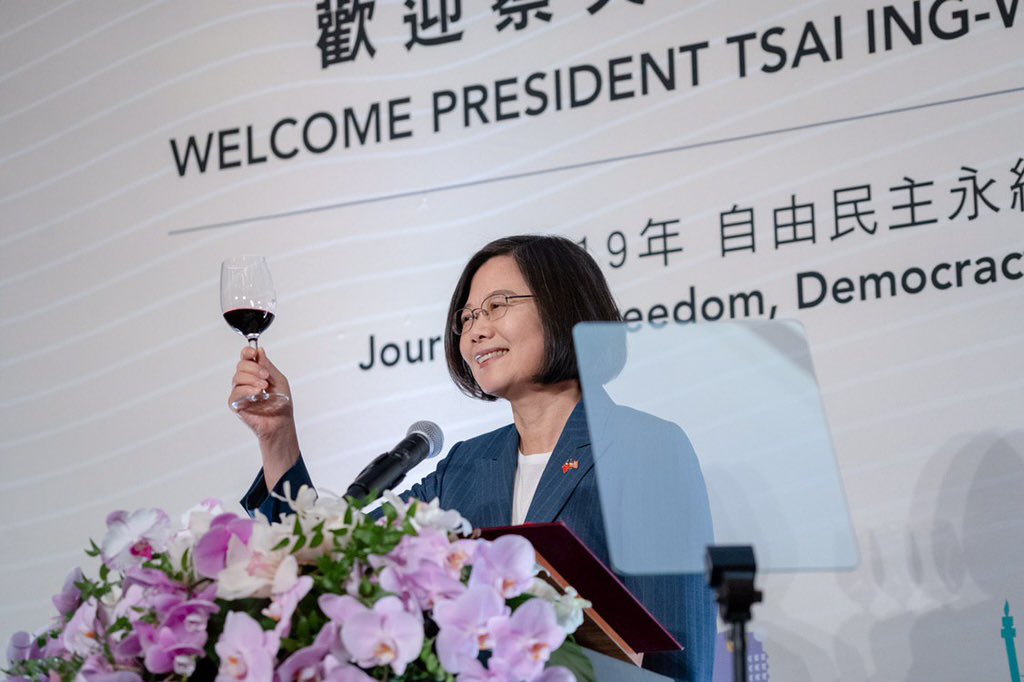 The two-day stopover took place while Tsai was on her way to visit Caribbean diplomatic allies of Taiwan, as part of a twelve-day tour. Tsai will make another two-day stopover in Denver on her way back to Taiwan. Such “stopovers” are usually the means by which Taiwanese presidents conduct visits to America, due to the fact that lack of diplomatic relations between America and Taiwan usually precludes official state visits by Taiwanese presidents. The visit, which had to be approved by the Trump administration to take place, was touted as a “Journey of Freedom, Democracy, and Sustainability”. The visit takes place around a week after the US State Department approved a 2.2 billion USD arms sale to Taiwan, the largest such arms sale to occur under the Trump administration.

In New York, Tsai gave a speech at Columbia University, giving Tsai an unusually high-profile public platform during her visit. Tsai spoke of her own experiences as a student, how Taiwan’s “path to democratization was paved with the blood, sweat, and tears of those who came before us”, and Taiwan’’s achievements in terms of “progressive values,” citing her own election as Taiwan’s first female president, and Taiwan’s recent legalization of same-sex marriage. To this extent, Tsai also referred to the threats facing Taiwanese democracy from disinformation, though she did not refer directly to China as the source of threats against Taiwan’s democracy, and also referred to current demonstrations in Hong Kong.

In another first, Tsai held a banquet at the New York Taipei Economic and Cultural Office (TECO)—Taiwan’s de facto embassy in New York City—for the UN representatives of Taiwan’s diplomatic allies. It is unusual for Taiwan to be allowed to hold a public diplomatic event in a TECO office and the event was the first of its kind to be open to media. Some scuffles reportedly broke out outside this banquet, however, with Chinese organizations holding a demonstration outside TECO and reportedly clashing with Taiwanese supporters of Tsai’s. 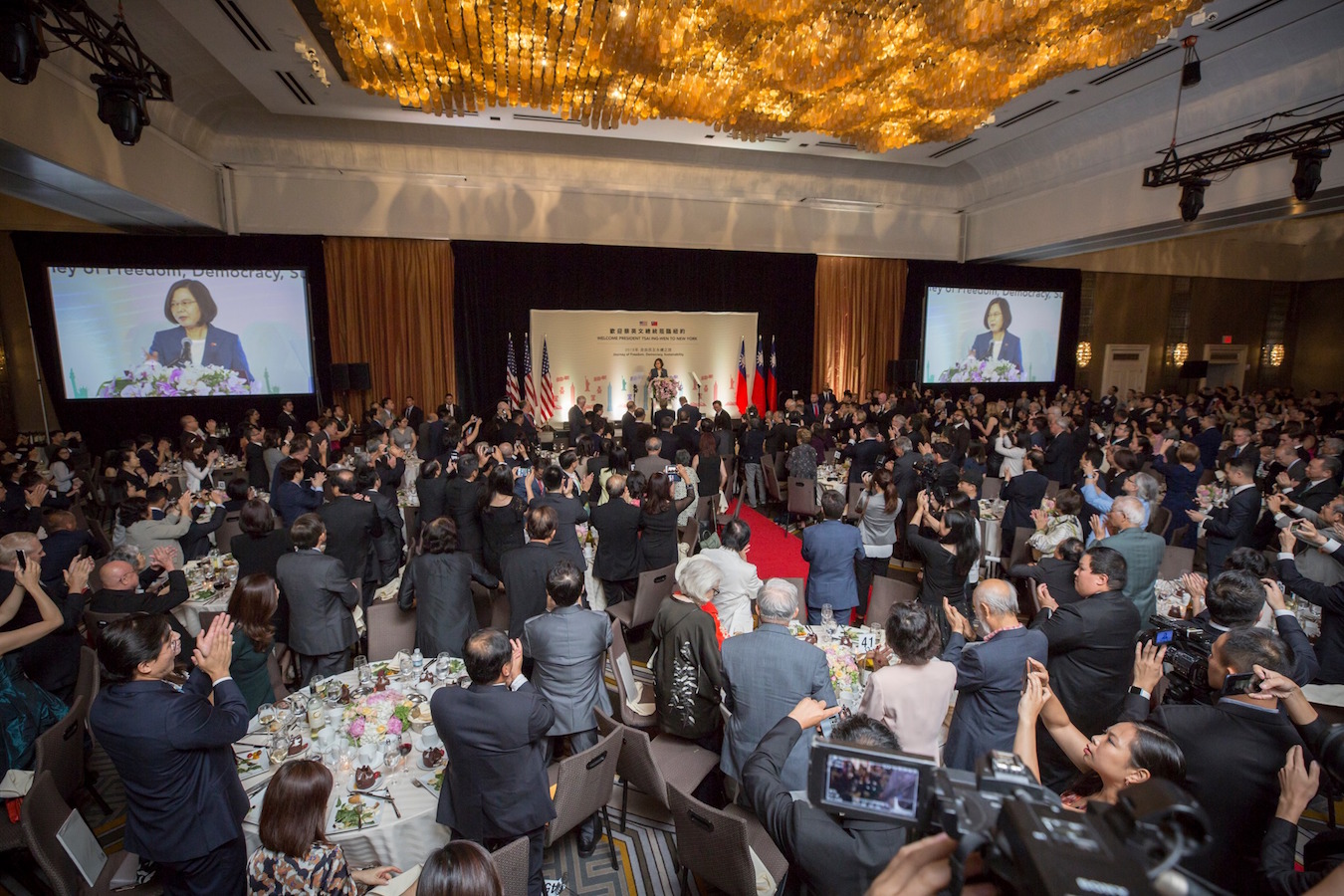 The Tsai administration has been proactive in promoting the visit, releasing videos of Tsai’s visit on YouTube. This is very likely with the aim of touting the visit as a foreign policy accomplishment of Tsai’s in the lead-up to 2020 elections.

As may not be surprising, strong reactions from China have ensued after Tsai’s visit. China’s ambassador to the United States, Cui Tiankai, who started a Twitter account earlier this month, posted as his third tweet, “#Taiwan is part of #China. No attempts to split China will ever succeed. Those who play with fire will only get themselves burned. Period.” The tweet prompted many reactions online, as well as a response from Taiwanese Minister of Foreign Affairs Joseph Wu on Twitter. Nevertheless, it should be noted that visits by Taiwanese presidents to America have taken place before, and so Tsai’s visit does not break from precedent.

Notably, Tsai’s visit to America takes place in a similar timeframe to other visits to America by high-profile DPP politicians, with DPP chair Cho Jung-tai leading a delegation that toured the US for ten days, visiting Washington DC, Houston, New York, and Philadelphia. The delegation visited the Project 2049 Institute, International Republican Institute, the Formosan Association for Public Affairs, and Global Taiwan Institute in Washington DC, and other locations. Cho also spoke at the 2019 Taiwanese-American Conference/East Coast in Pennsylvania earlier this month. 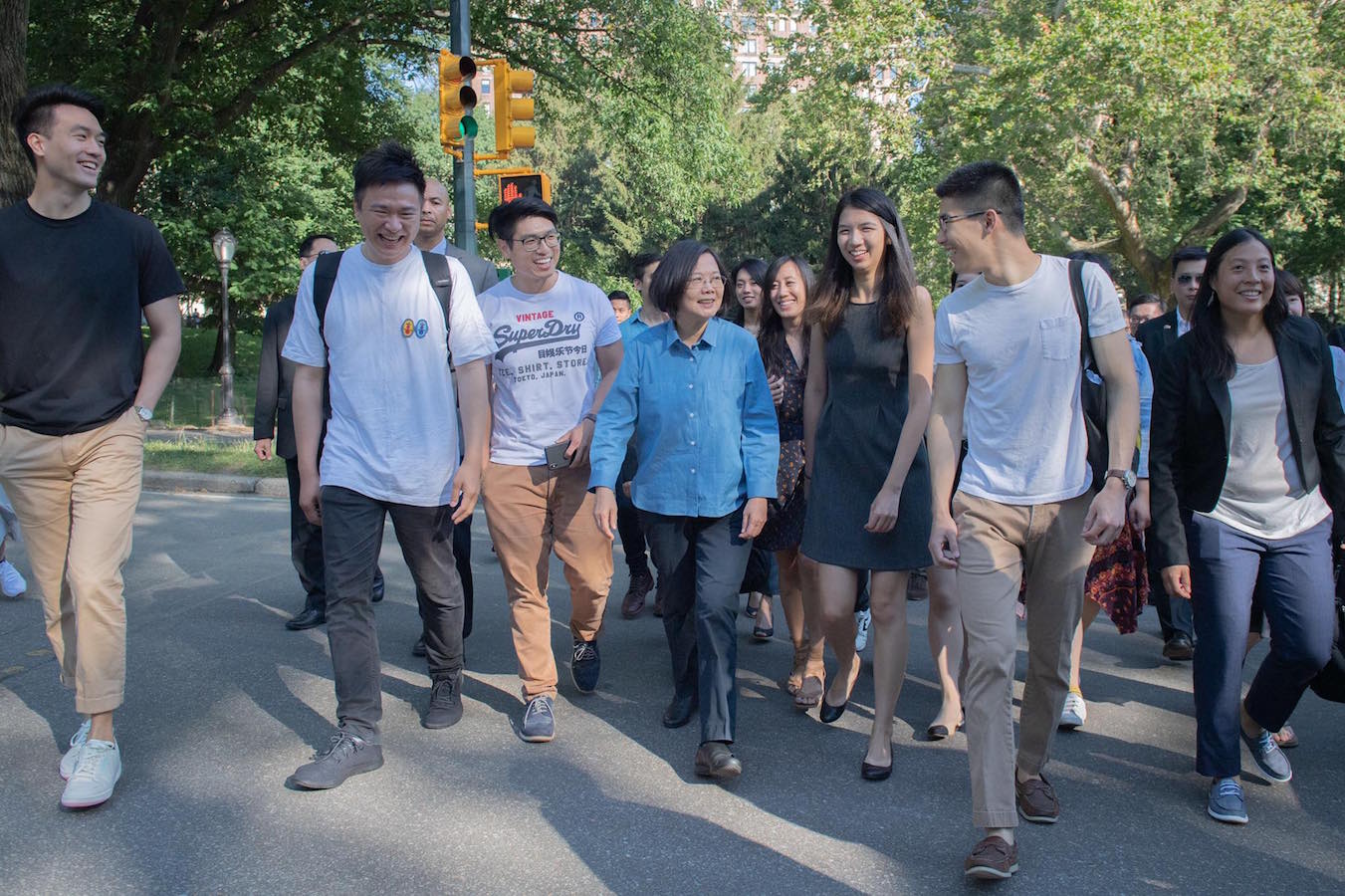 A number of younger DPP members were part of this delegation, including DPP spokesperson and former Taipei Times reporter Lii Wen, former Sunflower Movement activist and Taichung city councilor Huang Shou-da, and former Youth Against Oppression convenor and DPP department of social organization director Aman Wu. Taoyuan mayor Cheng Wen-tsan, sometimes touted as a potential presidential candidate for the DPP in 2024, is also currently on a twelve-day tour of the US, with stops in Dallas, Houston, New York, Seattle, and Washington DC, with meetings planned with Taiwanese community groups and business leaders.

Going forward after Tsai’s visit, it is highly likely that the KMT will try and hit back against Tsai in some way. In particular, DPP visits to America have prompted discussion within Taiwan of the KMT’s lacking relationship with the United States.

It is probable that Han Kuo-yu will eventually visit America in his capacity as the KMT’s presidential candidate in the near future, Han previously having visited America in April. If such a visit were to take place, apart from meeting with pan-Blue overseas Taiwanese, Han would likely conduct meetings with American politicians in a manner aimed at generating the perception that Han enjoys close relations not only with China but also America. To this extent, one also expects accusations from the KMT that the Tsai administration has been bribing Washington officials, along the lines of some accusations that have been made from the pan-Blue camp, or claims that the Tsai administration is simply buying useless military equipment foisted upon it by America, as Terry Gou most notably accused Tsai of doing.