THE FIFTH ANNUAL Taichung LGBTIA Pride Parade took place yesterday, bringing thousands onto the streets of Taichung to demonstrate for a “diversified rainbow city” (多元彩虹城). Participants numbered in the thousands, although crowd estimates ranged from 6,000 individuals to 20,000 individuals.

While the pride parade is an annual event in Taichung, the issue of marriage equality is critically at stake this year, with continued contestation within the Legislative Yuan regarding the possibility of legalizing marriage equality in Taiwan. Although LGBTQ activists and their allies had previously expected marriage equality to pass into law fairly easily, given majority support for gay marriage as indicated by polling, and president Tsai Ing-Wen having made it a campaign pledge to legalize marriage equality.

Nevertheless, an unexpected show of force by anti-marriage equality demonstrators, primarily Christian fundamentalist groups, led the DPP to backslide on promises of legalize marriage equality and suggest that it might push for “separate but equal” civil partnerships instead. This still denies gay couples the legal status of marriage, but is conciliatory towards anti-marriage equality demonstrators who claim that if the legal definition of marriage were changed, this would lead to a breakdown in social order as founded upon the heterosexual family as the basic social unit. 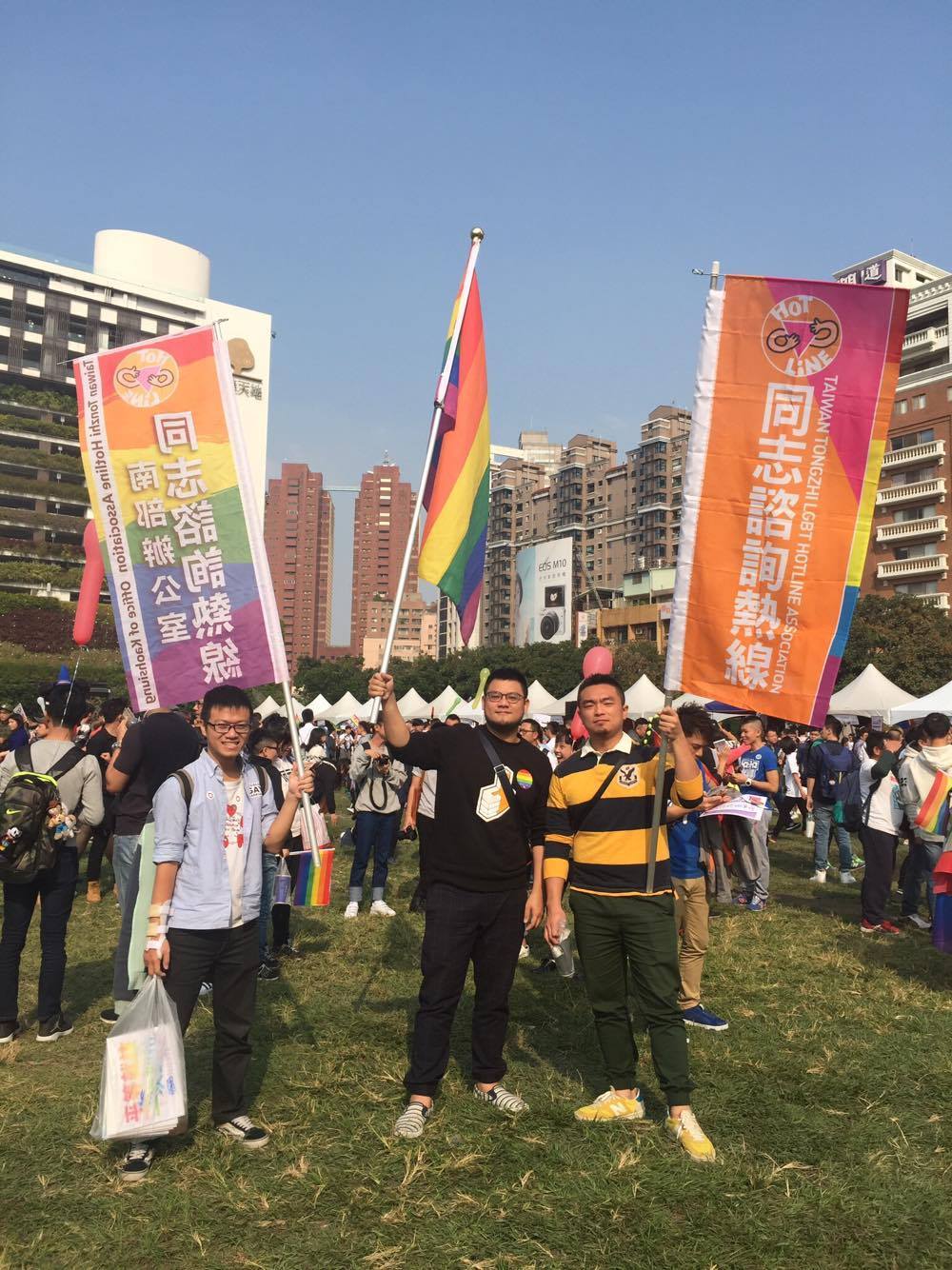 Unsurprisingly, Tsai has in recent days been evasive on the issue of marriage equality, stating that she continues to support it on social media, but not doing so in an especially public manner. Very likely, Ker Chien-Ming and other DPP legislators intend to try and pass off civil partnerships as marriage equality, seeing as they would like for Taiwan to still be recognized as the “first Asian country to legalize gay marriage,” something which would raise Taiwan’s profile in the international sphere, and also serve to distinguish Taiwan from China.

LGBTQ advocate groups and their supporters would respond on December 10th, with a demonstration of 250,000 in Taipei. While anti-marriage equality demonstrators had been able to mobilize 100,000 in Taipei, 40,000 in Kaohsiung, and 50,000 in Taichung, this was more than all of these demonstrations combined.

But if yesterday’s pride parade was not as large as the previous demonstration of 50,000 anti-marriage equality demonstrators in Taichung, it remains to keep up high levels of participation to remind the DPP that marriage equality is supported by the majority of Taiwanese society and that this has been demonstrated consistently in multiple polls. 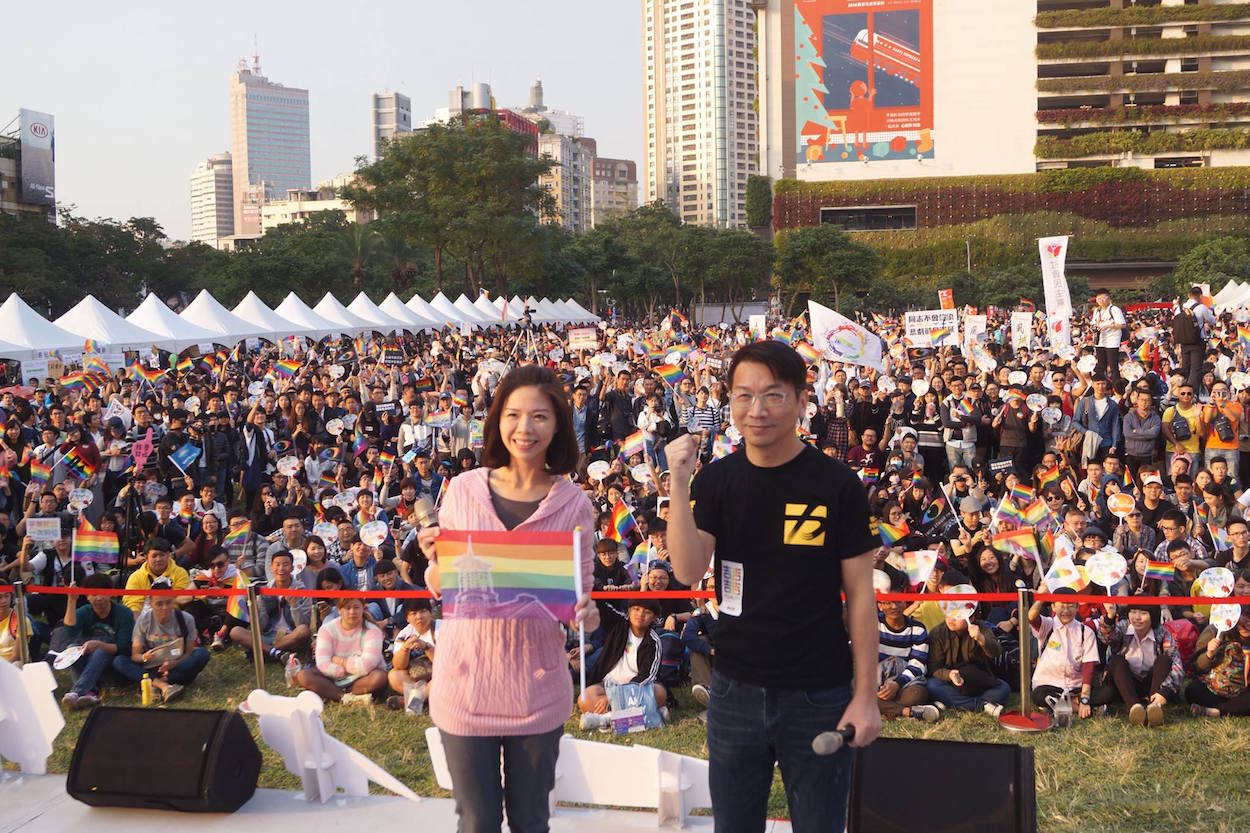 However, LGBTQ advocate groups should also keep in mind that to force action from the DPP, the DPP may need to be threatened with a loss of votes in upcoming elections. Otherwise, it may simply continue to string along LGBTQ voters on the issue of marriage equality, with the expectation that because the KMT is the party more opposed to gay marriage, relatively speaking, LGBTQ voters and their allies will continue to vote DPP because there is a higher likelihood of it pushing for gay marriage.