ON A CHILLY, windy afternoon in New York, fifty or so Taiwanese people gathered at the historic Stonewall Inn, landmark of LGBTQ resistance. With a devastating sense of humor, a demonstrator holds a sign that says, “The dead can marry, why can’t gay people?”, referring to a traditional custom in Taiwan. However, the demand is serious, as supporters urge the DPP to honor a just cause. This group of overseas Taiwanese, many of them overseas students, voiced their support for marriage equality in Taiwan and promoted the cause to fellow New Yorkers with original art, temporary tattoos, protest signs, chants, and, most importantly, their presence.

This is only one of 22 overseas rallies that are planned in support of marriage equality in Taiwan. These rallies will take across the US, as well as in Europe, Australia, and Asia. These highly organized efforts are a result of post-Sunflower movement organizing by Taiwanese overseas students. Taiwanese overseas students have forged important relationships that make organizing on an international scale possible after the success of organizing solidarity efforts around the Sunflower movement.

Details of the rallies can be found here. The organizers also ask supporters of marriage equality to sign this petition, and take selfies to voice support with the hashtag “#LoveWins4Taiwan”. With your help, Taiwan may become become the first nation in Asia to achieve marriage equality. 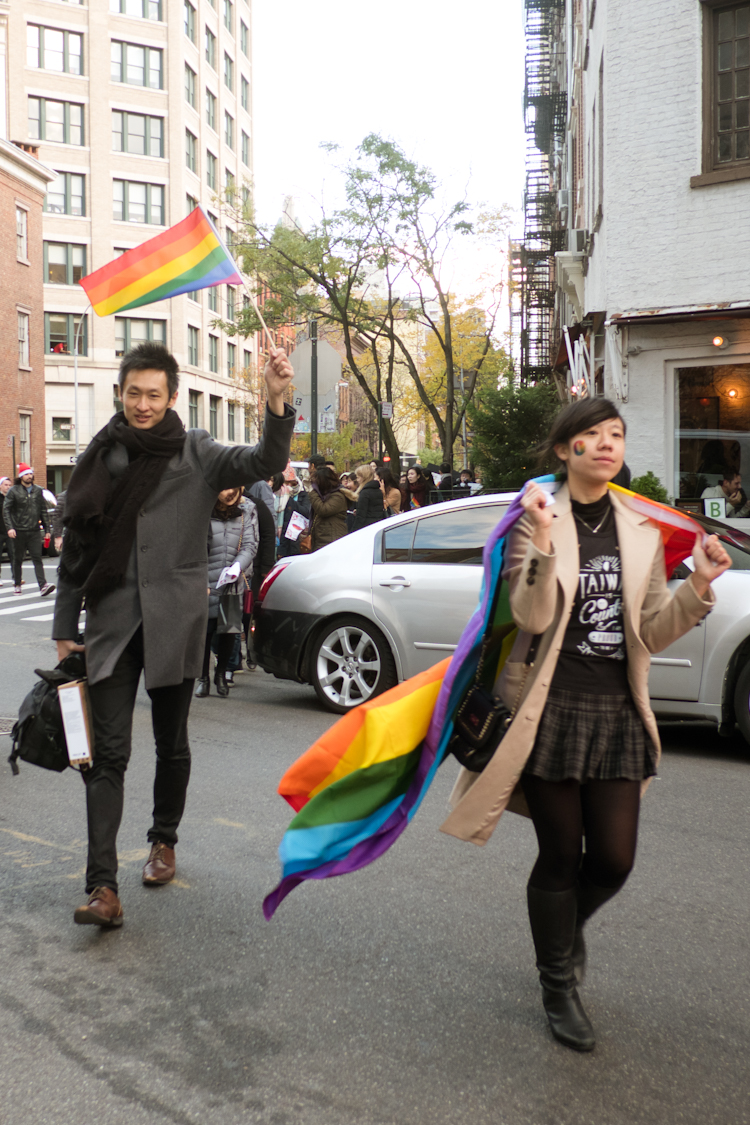 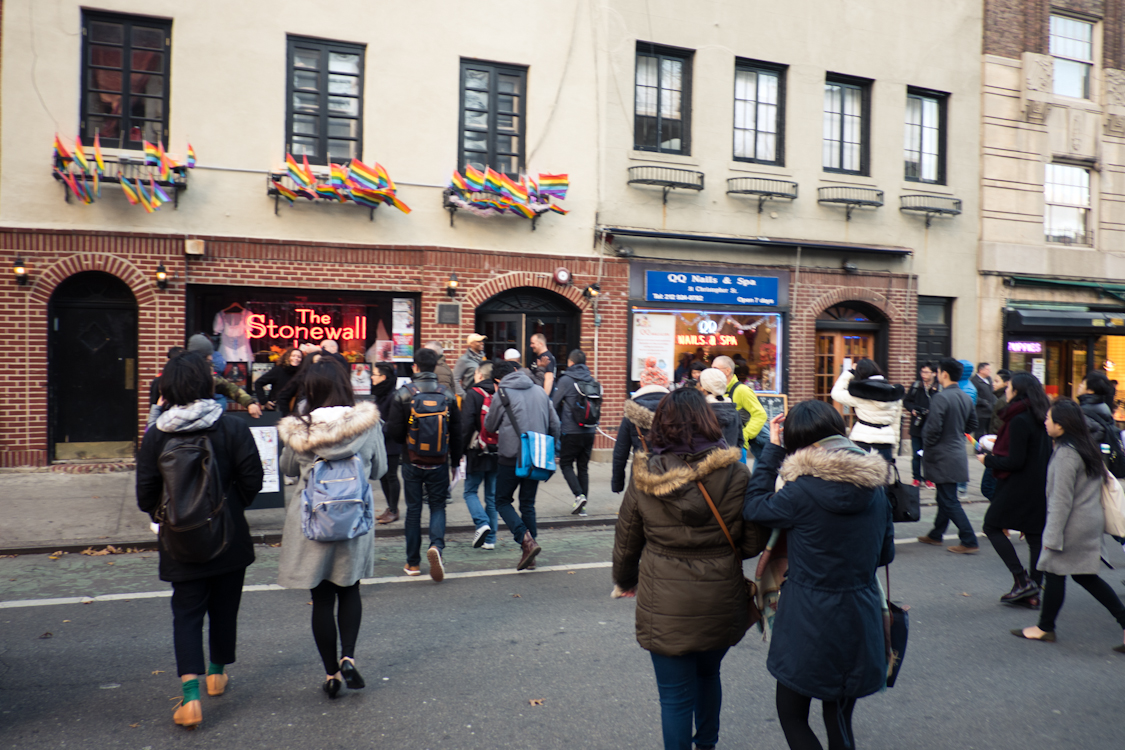 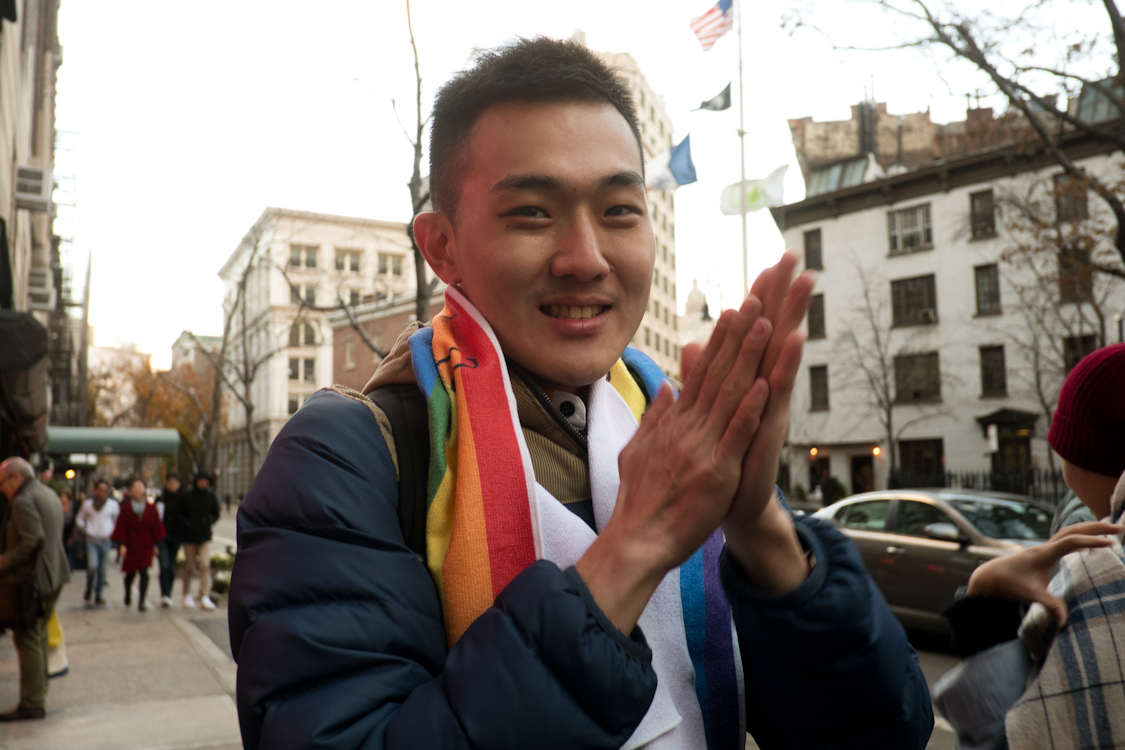 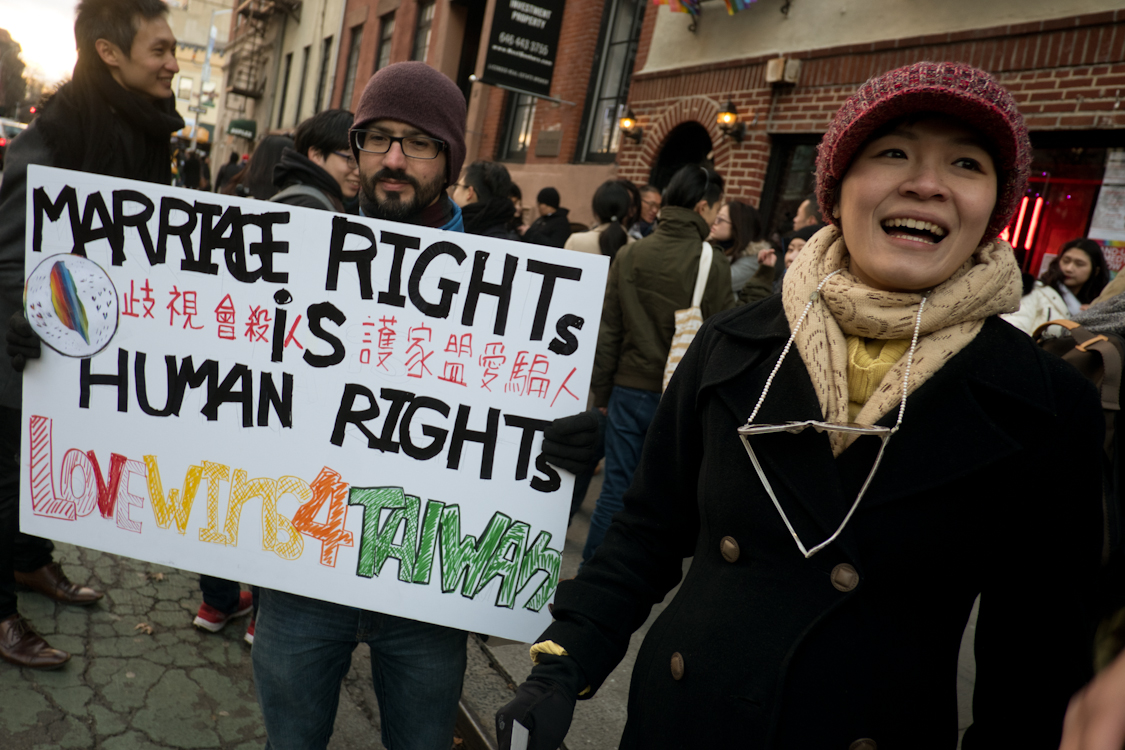 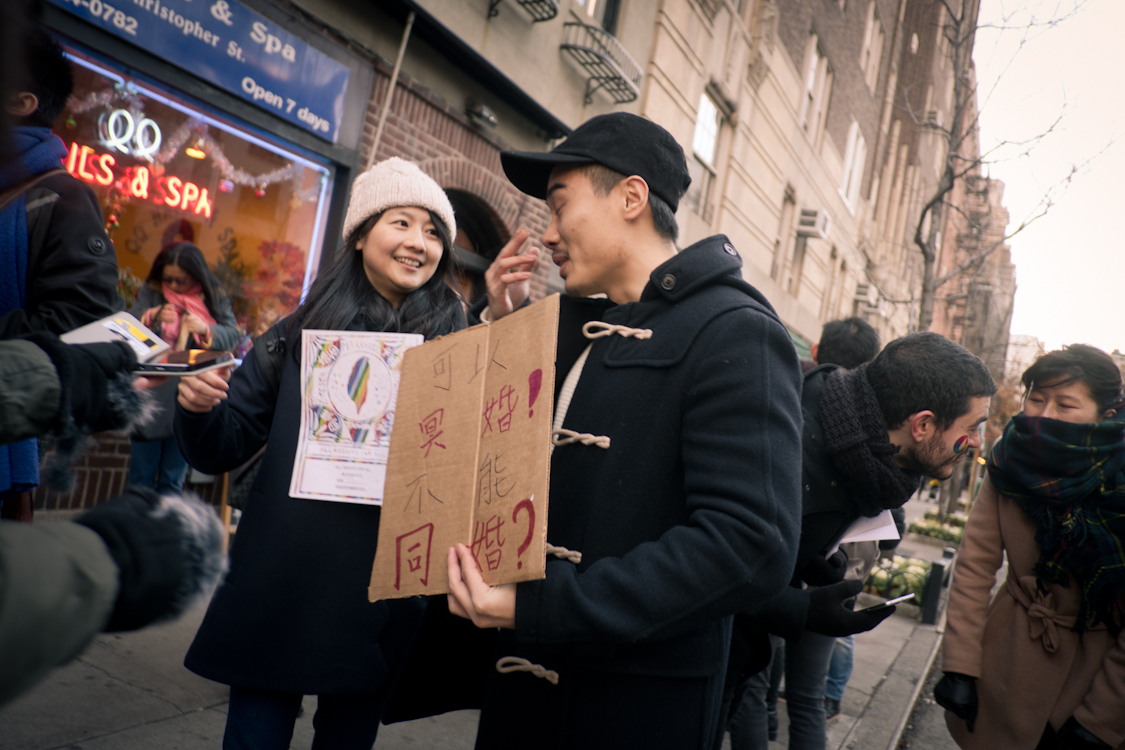 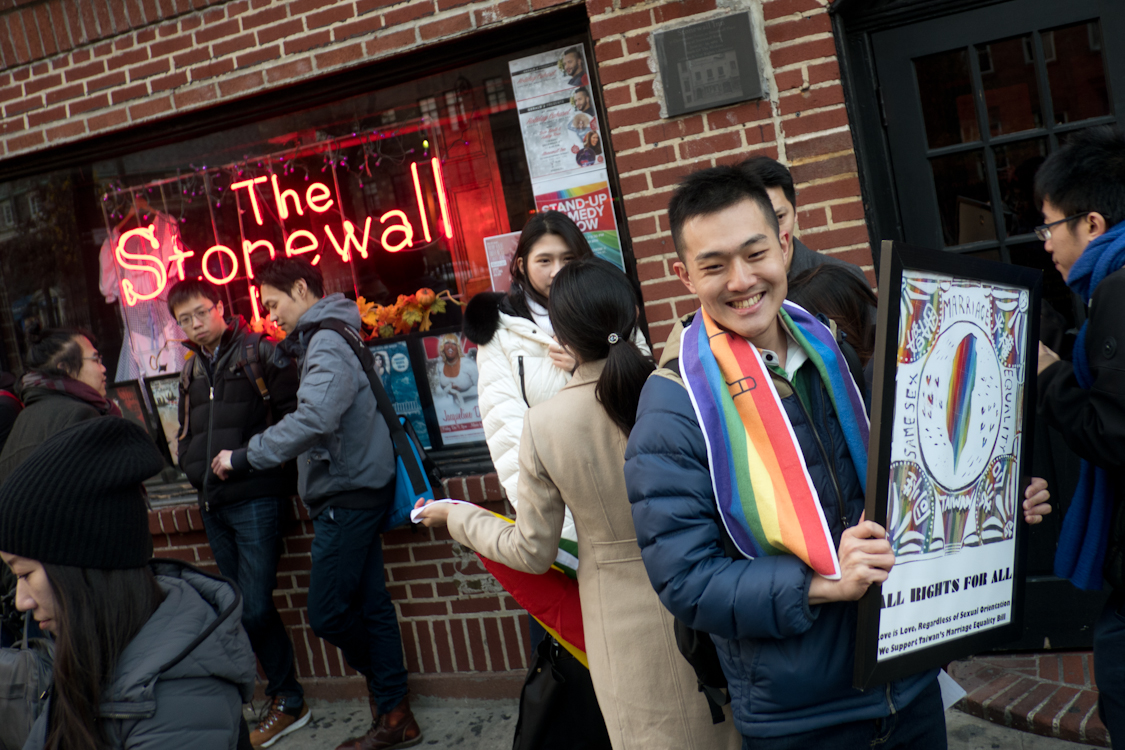 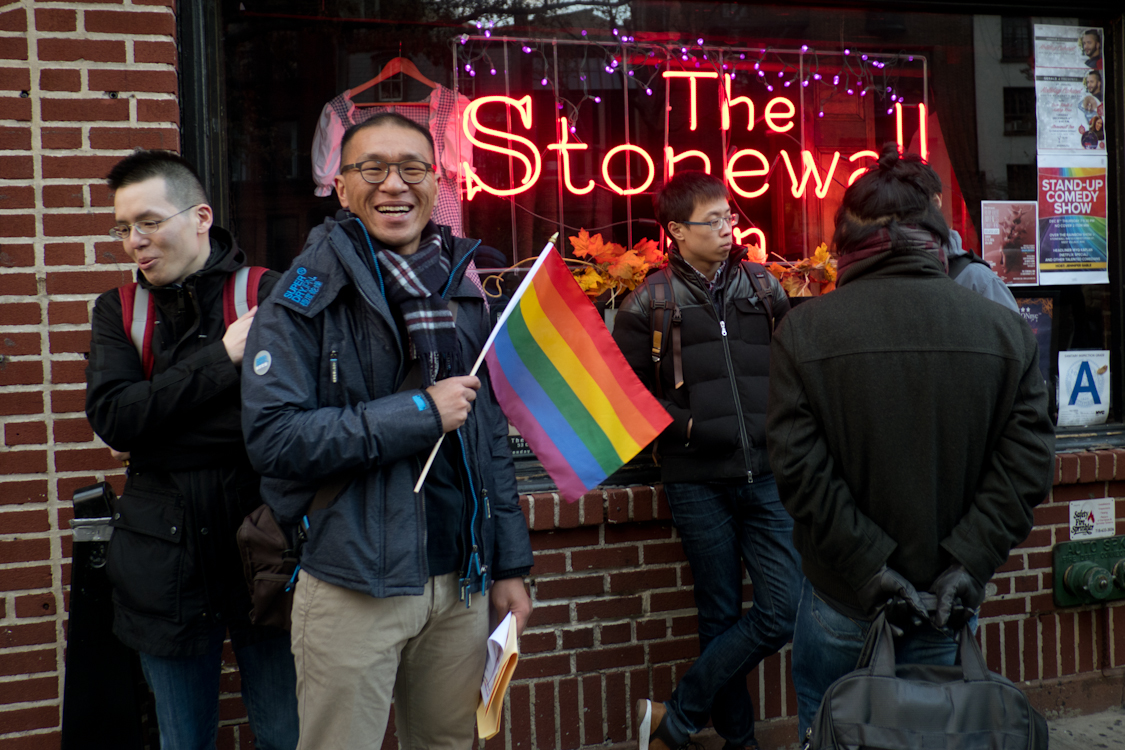 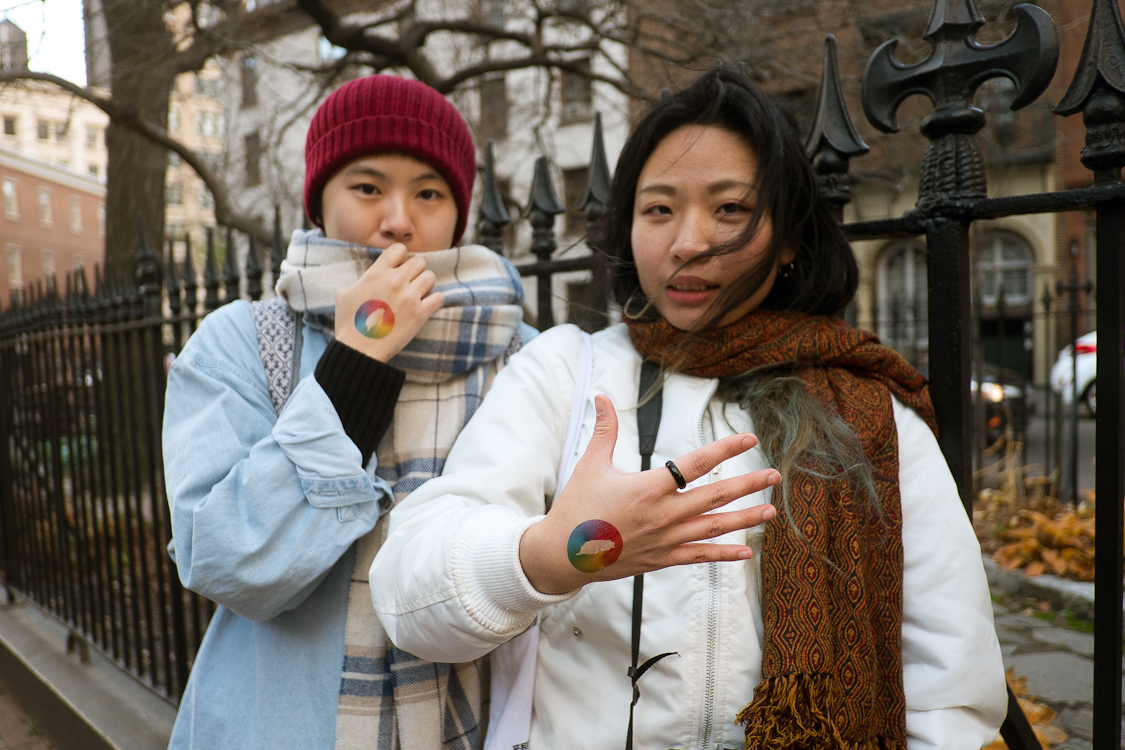