TAIWAN IS A relatively safe country, the 2nd safest in the world as reported by ICRT, ranking 35 out of 162 independent states on the Global Peace Index, and holding a 17.82 crime index on popular statistics site Numbeo (20-40 is considered a low crime country). So it is surprising that seemingly random acts of violence still occur in Taiwan, as we have seen in past years.

A common thread between these cases of random acts of violence is a history of mental instability by individuals and their inability to receive adequate care. Perry Chan was a college exchange student with an ‘uncontrollable urge to kill cats’. After his initial killing of Big Orange, he issued an apology for his inability to control his emotions and stated his willingness to comply with court-issued community service requirements. The university also issued two major and two minor demerits, putting the student one minor demerit short of expulsion, and mandated counseling. However, it appears the counseling was inadequate, as Chan sought out and killed Ban Ban months later in response to the negativity from the Big Orange case. 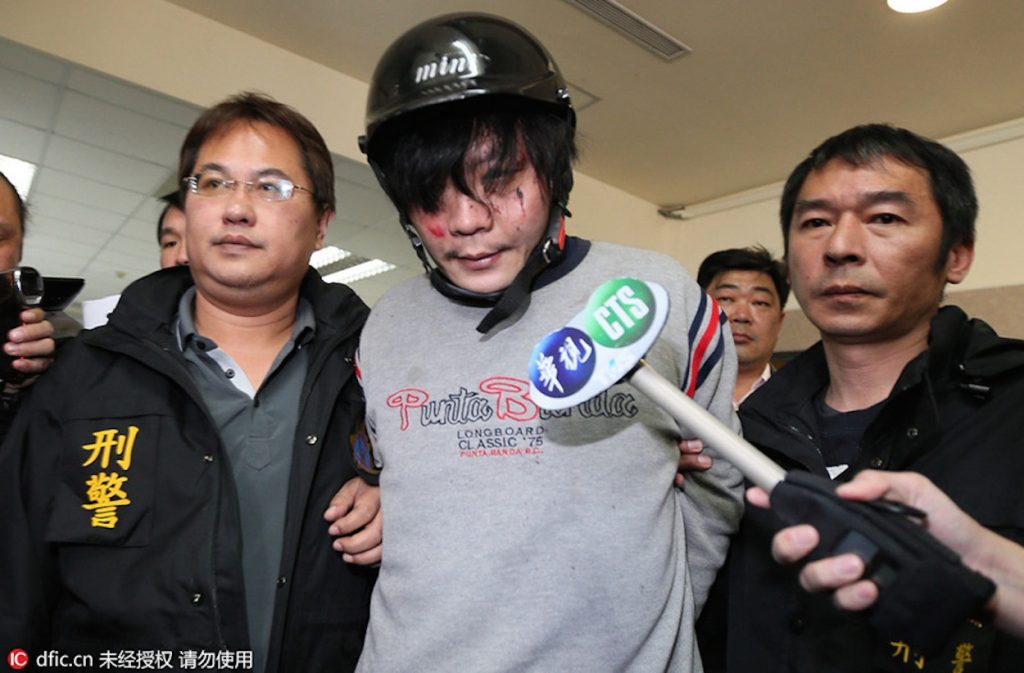 Wang Chin-yu, who beheaded the vivacious 4-year-old known as “Little Lightbulb” earlier this year, was unemployed at 33. Wang was unable to receive care for his condition in 2008, when he sought care at a psychiatric hospital but was refused because he did not have a government-issued disability card.

Other random killings by persons with obviously unstable mental conditions include Kung Chung-an, 29, who was also jobless and slashed a second-grade girl twice across the throat on May 29th last year, stating this was because he was frustrated at being unable to find a job.

In 2014 Cheng Chieh, a 21-year-old university student and social recluse, murdered 4 and injured 24 in a subway killing spree. He stated to investigators he was determined to receive the death penalty when questioned about his motives. His defense lawyer argued that his client’s psychiatric evaluation highlighted several issues but was unsuccessful in his defense. Cheng was anesthetized and executed by firing squad after a 2-year trial.

Tseng Wen-chin, 31, killed a 10-year old boy in an arcade in Taichung and was found by the judge to have a ‘lower than average IQ’.

In all of these cases it is clear that lack of access to adequate mental health care services or knowledge of mental health disability is a contributing factor to acts of violence. Persons suffering from mental health issues are also likely to be unemployed, as many of the perpetrators were, further aggravating existing issues.

Senseless killings such as these are likely caused by schizophrenia or bipolar disorder, as Dr. Lee Chau-shoun of Mackay Memorial Hospital has stated. These disorders are generally caused by genetic or biological factors, so their victims have no control over them, and affect between .2-.3% of any given population. Lee estimates approximately 70,000 people in Taiwan are affected. However, given Taiwan’s lack of a cohesive mental health support network, public unawareness and stigmatization combined with shrinking governmental support (doctors are more likely to be drawn to higher-earning cosmetic procedures than psychiatric counseling, which is not covered by the national health insurance) have resulted in what Taipei Mayor Ko Wen-je has referred to as a ‘hole’ in Taiwan’s social safety net.

Ko has stated that there are networks in place to take care of the socially isolated and has called for a screening system for psychological problems. Current president Tsai Ing-wen has also committed to making psychological and mental health treatments more readily available.

Dr. Chan I-wen of the Community Services Center in Taipei, which provides counseling services, has pointed to other factors as well, such as long working or studying hours, and virtual gaming which prevents the social interaction necessary for balanced mental health. In addition, stigma against against mental health prevents currently suffering from taking advantage of what little resources there are. “We need a government with leadership to solve Taiwan’s economic problems and allow parents to have time to spend with children, while also having the resources to help them.” said Dr. Chan.

In light of these recent issues it would behoove the Taiwanese government to take actionable steps to develop including initiatives to increase public awareness and change the discourse regarding mental health issues in Taiwan, as well as conduct research to close the gap between mental health needs and services for those who require mental health treatment.