FIGHT FOR JUSTICE is a film focusing on prominent activist lawyers who have recently emerged in Taiwan, following the lives of several such lawyers through some of Taiwan’s high-profile legal cases in recent years. These cases include the mysterious death of military cadet Hung Chung-Hsiu, the case of subway killer Cheng Chieh, the Sunflower Movement, and the iconic case of Cheng Hsing-tse, a suspect sentenced to death row on what many see as insufficient evidence.

Directed by Su Che Hsien, the film’s aims are, more or less, to glorify activist lawyers. Activist lawyers are depicted as individuals who see participation in political activism as the logical extension of being lawyers. Namely, because the law is meant to stand on the side of the people, the film suggests that activist lawyers are guided in their activism by the same sense of justice that informs them as lawyers. Though such a film runs the risk of being overly propagandistic, the film succeeds ably in its task. The film is notably more well-composed and more well-structured than other similar films in recent years, such as flagship Sunflower Movement documentary, 太陽，不遠 Sunflower Occupation. 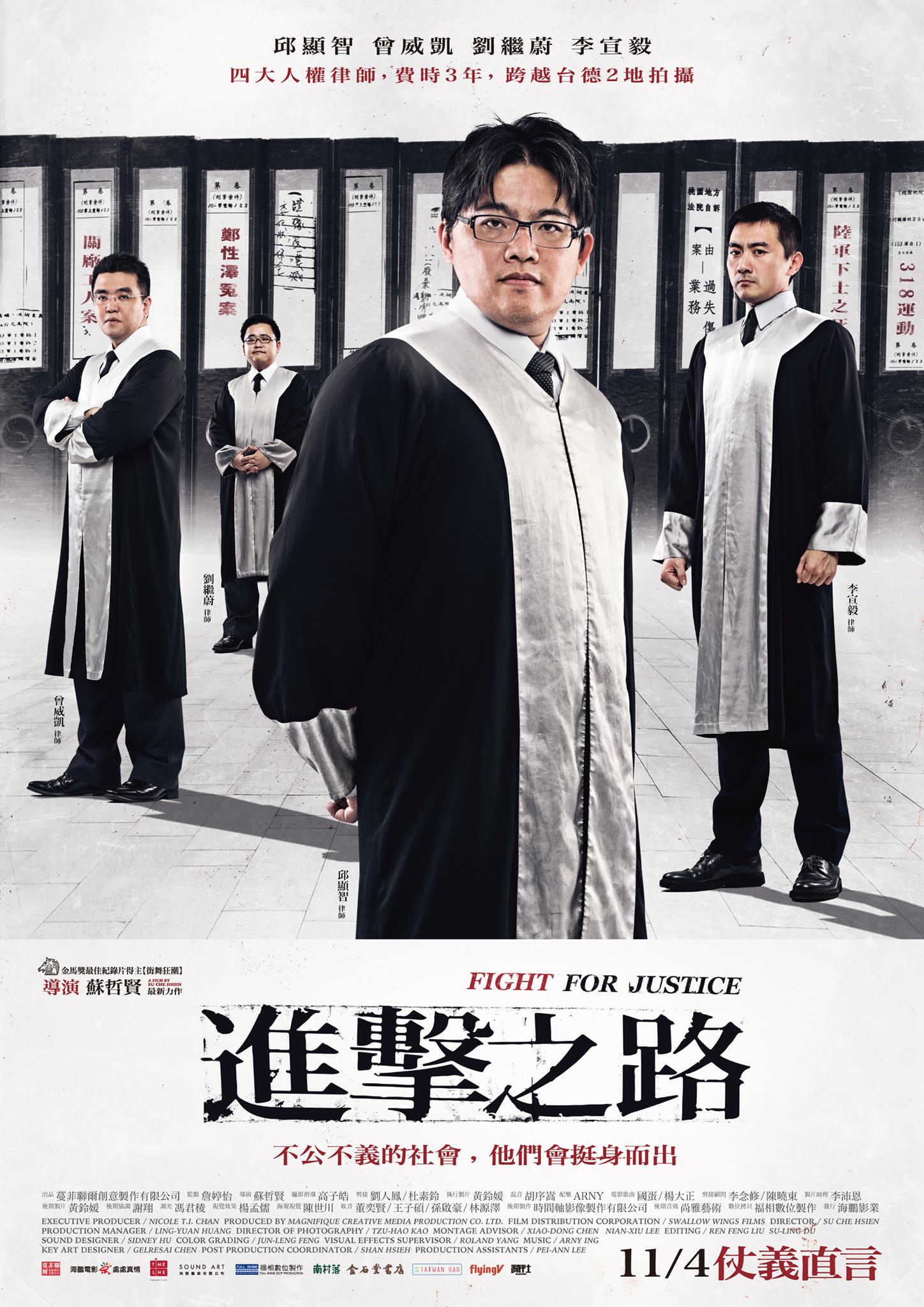 Of the lawyers focused on in the film, Handy Chiu, best known for his run for legislature in Hsinchu as a candidate of the New Power Party, stands out the most. Chiu overshadows other lawyers focused on within the film because of his involvement in many of the key political events of the past few years including the protests against land evictions in Dapu, Miaoli, the Sunflower Movement, and 2016 legislative elections. As such, given his central role in the film’s narrative, the structure of the film is also shaped to a large extent by Chiu’s interest in European philosophy as informing his legal practice, with the use of quotes from European philosophers regarding morality and the law used to frame transitions within the film.

However, if the film’s focus on memorable individual lawyers leads to Chiu taking the leading role, perhaps this is also where the film runs into its limits. In depicting activist lawyers as guided by a hot-blooded sense of justice, such as what led Chiu to eventually enter politics, the film does not always directly address political questions. For example, Chiu is shown as a lawyer who defended Sunflower Movement activists, and also served on the Hung Chung-Hsiu case.

But a strangely neglected aspect of the film is the genesis of the New Power Party, seeing as Chiu came to know individuals as Huang Kuo-Chang, Hung Tzu-Yung, and Chen Wei-Ting, who acted as his campaign manager in Miaoli through the rise of the New Power Party. As such, some moments of the film are somewhat odd for those who may be less informed about political developments in Taiwan. The film leaves it unexplained why after Chiu becomes a political candidate, his former clients are suddenly appearing in campaign advertisements with him. 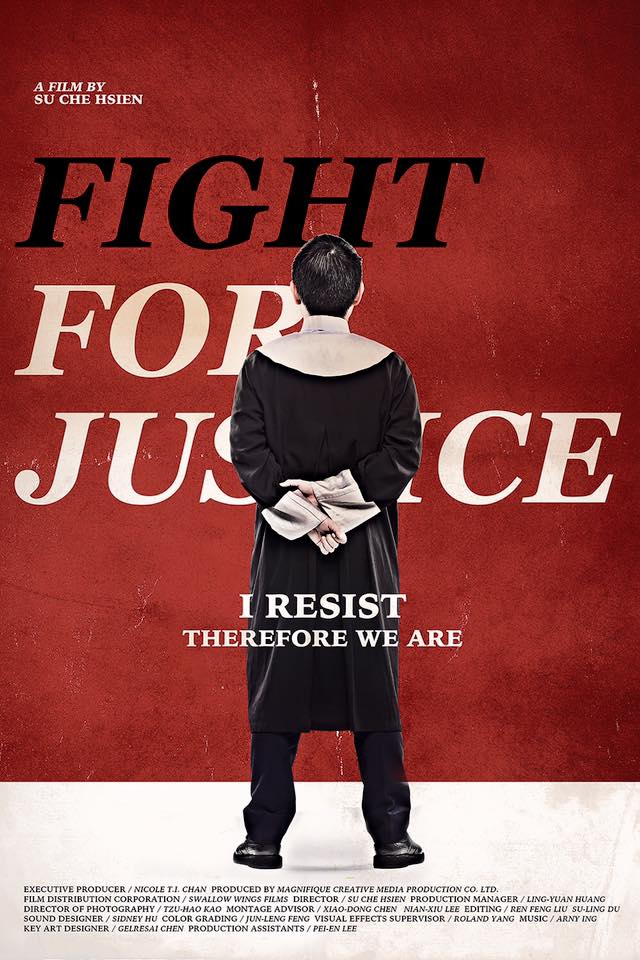 If the film is more directly critical of the DPP, with some shots lingering accusingly on campaign ads of Tsai Ing-Wen and Ker Chien-Ming after indictments of the existing legal and political system, it seems likely that the film was trying to avoid coming across as politically partisan. The film attempted to be neither an advertisement for the New Power Party, nor a condemnation of the KMT. However, that does not change the fact that the legal system confronted by the activist lawyers was largely controlled by a KMT government. Likewise, although the film gestures towards the need for judicial reform in Taiwan, something touched on numerous times by the film’s protagonists, the film seems to shy away from the overtly political.

The other lawyers focused upon in the film, Li Xuanyi, Liu Jiyu, and Zeng Weikai, for better or worse, are largely overshadowed by Chiu. These lawyers are generally depicted as coming from the grassroots of Taiwanese society and rising through hard work to become prestigious lawyers, rather than from backgrounds of privilege. The film suggests that their humble backgrounds are what motivates their activism. The raw emotional heart of the film comes across most with Liu Jiyu, who was a lawyer on the subway killer case, with footage of a drunk but still highly articulate Liu Jiyu expounding on the long path to be walked for Taiwanese society after the sudden execution of subway killer Cheng Chieh.

Structurally speaking, closing the film not with the Sunflower movement, nor with Chiu’s unsuccessful run for legislature, but with the acquittal of Cheng Hsing-tse is probably the correct move. The acquittal of Cheng Hsing-tse shows that the struggle of activist lawyers is ongoing, that their struggle is an uphill one, and that a happy ending for struggles for social justice is rare but still possible.

Fight For Justice is not a perfect film, but it is an impressive film, and highly educational about the past few years of political developments in Taiwan. For those who want to experience the past few years of Taiwanese politics from the ground level, and from the unique perspective of activist lawyers, the film is a must-see.