Political Motivations for the Execution of Subway Killer Cheng Chieh?

THE EXECUTION of MRT subway killer Cheng Chieh has provoked strong feelings in Taiwan. Cheng Chieh was the perpetrator of the subway stabbing attack in May 2014 which left 4 dead and injured 24. Cheng was executed by gunshot and was only informed of his execution forty-five minutes before it occurred. Cheng was 23 years old at the time of his execution.

Reportedly, Cheng had no change in expression after being informed of his impending execution. Cheng had previously stated that he viewed himself as deserving execution and that part of the motive for his killing was that he had hoped to be executed, having been unable to bring himself to suicide, leading to questions of whether Cheng suffered from mental illness. Cheng’s family was not informed of the execution beforehand, meaning that a mother’s day visit by Cheng’s mother last week would unknowingly be the last time mother and son met. 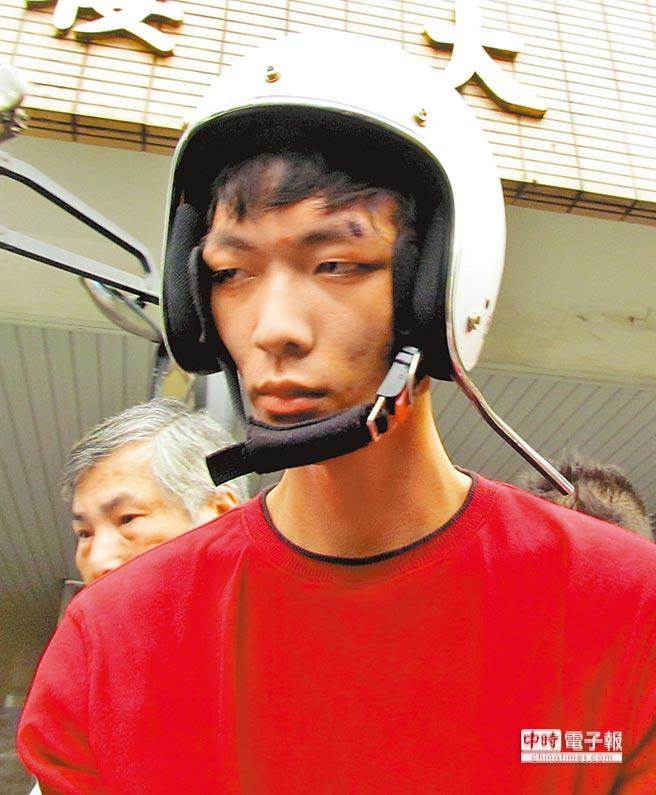 Cheng Chieh at the time of his arrest. Photo credit: China Times

In particular, what has provoked strong reactions in Taiwan is the extraordinary nature of Cheng’s execution. Cheng’s execution would be the shortest period of time between a crime committed and execution in the post-martial law period, at 23 months. The execution comes only nineteen days after sentencing, which is also unusual.

Cheng’s execution comes ten days before the end of Ma Ying-Jeou’s term, and with it the end of Ministry of Justice Luo Ying-Shay’s appointment. It is reported that Cheng’s lawyers were in the process of filing an extraordinary appeal at the time of the execution and phoned the Ministry of Justice attempting to delay the execution once they heard about it. It appears that once Cheng’s family found out about the scheduled execution, Cheng’s lawyers filed the extraordinary appeal, but this was too late.

Thus, many question whether the timing of the execution is not politically motivated to take place before Tsai Ing-Wen’s inauguration as the next president of Taiwan. According to polling released last month, 87.9% of Taiwanese are against the abolishment of capital punishment. There is speculation as to whether Cheng’s execution was not intended to raise Ma’s low approval ratings before the end of his term, through collusion between Ma and Minister of Justice Luo Ying-Shay, who made the decision to execute. However, the Presidential Office claims that Ma was not aware of the scheduled execution before it took place.

Yet there may be reason to question the veracity of this claim. This would not be the first time the Ma administration has been accused of using executions in an attempt to raise declining approval ratings or to distract from other political actions of his. Likewise, even if Minister of Justice Luo Ying-Shay was acting on her own, the execution may have been politically motivated. Minister of Justice Luo Ying-Shay is a strident member of the KMT and was at one point Ma’s personal lawyer.

In response to being asked whether she decided on the execution in order to avoid giving her DPP successor Chiu Tai-san the accomplishment, Luo has stated that because the DPP is divided on the issue of capital punishment, it would be better for her to take care of it herself before her term ends. When probed further, Luo also stated the need to execute Cheng to prevent imitators for the sake of stability, as well as her own views about the transmigration of the soul after death, as a Buddhist.

Shortly before the 2014 subway killing and in the middle of the political crisis prompted by the Sunflower Movement occupation of the Legislative Yuan, five death row inmates were executed in April 29, 2014. At the time, the timing of the executions were widely criticized as a way to capitalize on public support for the death penalty, to deflect attention away from the public backlash against the Ma Ying-Jeou administration which followed from the Sunflower Movement and engineer a split between the public and Taiwanese youth activists.

In spite of the majority public support for capital punishment, with some exceptions, many of the civil society actors and youth activists behind the Sunflower Movement occupation are among those who have taken a strong stand against capital punishment in recent years—in spite of this going against majority public opinion. Luo in particular has been a target of youth activists on these grounds and others, acquiring the nickname “Law In Shit” on the basis of the similarity in pronunciation between “Luo” and “Law.” Some have expressed the view that the execution may be the most egregious of her transgressions. Luo has since stepped down along with other officials of the Ma administration cabinet, however, before the handover of power to Tsai.

After the subway killing occurred, members of the KMT attempted to draw connection between Cheng and Sunflower Movement youth activists, citing Cheng’s youth as a way to suggest the morally degenerate nature of Taiwan’s current generation of young people—inclusive of the Sunflower generation. This accusation would rear its head again in 2016 legislative elections, with attacks on Freddy Lim of the New Power Party by his KMT opponent Lin Yu-fang, stating that Lim’s opposition to capital punishment meant that he would call for Cheng being supported by the country for the rest of his life, as going hand-in-hand with vague intimation that Lim’s long hair was a sign that he and other youth activists were mentally abnormal in the way of Cheng. 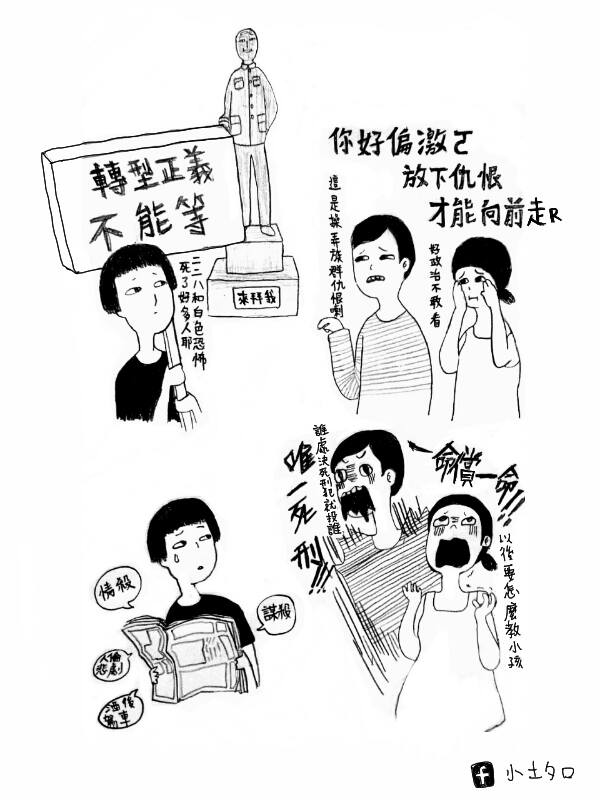 The execution of six individuals in July 2015 were also criticized as politically motivated by international human rights groups such as Amnesty International and others. The executions of these six individuals came after the killing of an eight year old girl after the attacker broke into Wenhua Elementary School and slit her throat, an act which prompted calls for the rapid execution of the killer. The July 2015 executions were criticized by Amnesty International as the “political calculations [of] a government attempting to gain points by quelling public anger.”

Given this context, apart from being a possible parting shot by members of the Ma administration, the execution of Cheng Chieh comes after the killing of a four-year-old girl in Neihu, Taipei a little over a month ago in late March. The killing also prompted public calls for the rapid execution of the killer, as stirred up by the Taiwanese media calling for execution before any trial process had taken place. Civil society and youth activists came under heavy attack from society at that point in time because of the probable majority view of Taiwanese activists which is opposed to capital punishment.

Notably, in the March killing, the demand for execution, the mother of the killed girl called for restraint before the call to vengeance, and has also expressed dismay at current events regarding the execution of Cheng Chieh. One of the surviving victims of Cheng Chieh’s subway attack has also expressed the view that the killing was politically motivated. Interestingly, however, only a week prior, the Ministry of Justice ruled against capital punishment for a child-killing case which occurred in 2012 in which the suspect was mentally ill. 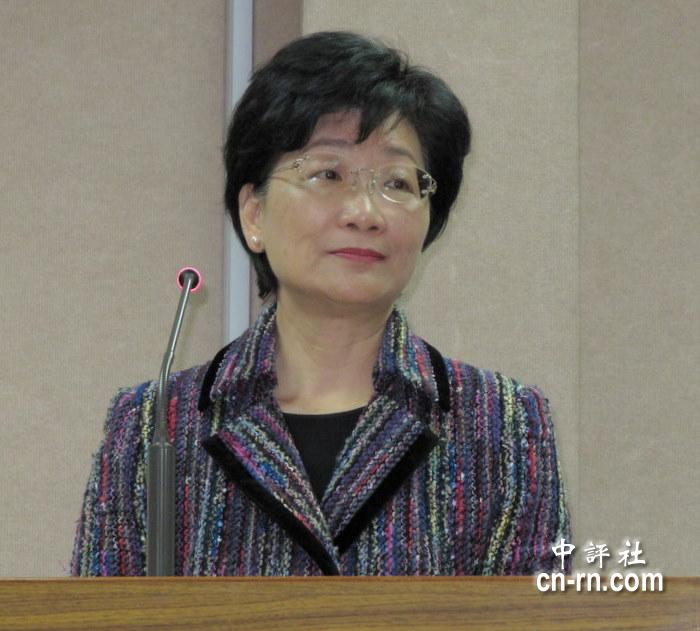 Though Ma Ying-Jeou had himself expressed views of gradually phasing out capital punishment early in his administration, executions resumed after the KMT took the presidency again under Ma. Ma’s first Minister of Justice from 2008 to 2010, Wang Ching-Feng, was herself adamantly opposed to capital punishment and refused to sign off on executions. But public outcry and criticism from pro-death penalty activists as a result of Wang’s opposition to capital punishment led her to step down.

As such, in past years, we have in fact seen retrenchment from KMT political actors regarding the issue of capital punishment, as a result of its majority support. But if the DPP has historically been opposed to capital punishment, it, too, has backed away from the issue for fear of losing public support—in particular during its return to the status of opposition party after the end of the Chen Shui-Bian administration. We can also say this of the newly emergent third party of the NPP, which has emerged from Taiwanese civil society and thus would be closer to the views of Taiwanese civil society and youth activists opposed to capital punishment. As mentioned, prominent members as Freddy Lim have been among those vocal in opposition to capital punishment. Nevertheless, while urging calm after the child killing incident in March of this year, the NPP was strategically silent in claiming that the NPP was yet undecided on the matter of capital punishment.

But if many questions remain about Cheng’s execution as possibly being politically motivated, it remains that Taiwan’s rancorous discourse regarding capital punishment continues. Following Cheng’s executions and the many questions that remain in its wake, we are currently seeing a moment of reflection on capital punishment and its place in the Taiwanese justice system. Given the strong possibility of mental illness on the part of Cheng, after all, a killer without any real motive, it is hoped that this moment of reflection will prompt reflection on the possibility of mental illness by the perpetrators of severe crimes, and towards views of rehabilitating such individuals.

However, it remains that following another incident which provokes public outcry such as the 2014 subway killing or the 2015 and 2016 child killing incidents, probably it would be that a mass outcry for capital punishment occurs again out of the insensate desire for the meting out of retribution. Thus, the present moment of reflection is probably only a temporary one, as a result of the highly unusual nature of Cheng’s execution. 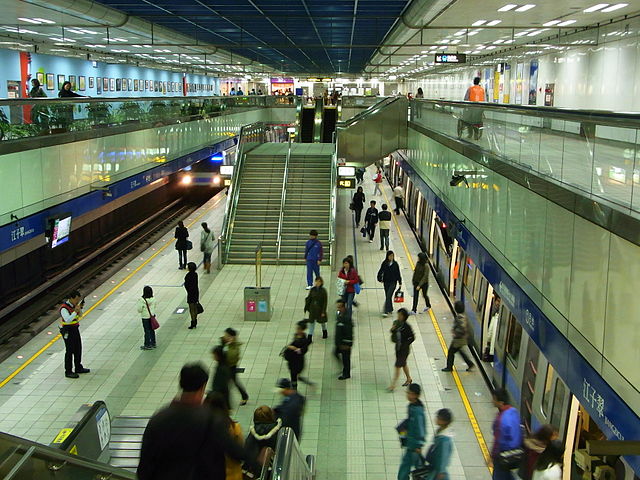 The subway platform of Jiangzicui station in Taipei, where the attack took place. Photo credit: WikiCommons

In many cases, the call for retribution by way of capital punishment is fanned up by the media, and as a result, Taiwan’s political actors are afraid of taking a stronger stand on the issue for fear of the public. But what will it take for Taiwanese society to move away from the view of seeing the public spectacle of execution as rectifying wrongs?