SOME OF THE worst tendencies of Taiwanese would be on display in Taipei mayoral elections in both the pan-Blue and pan-Green opposition to Taipei mayor Ko Wen-Je. Namely, both DPP candidate Pasuya Yao and KMT candidate Ting Shou-Chung have taken to making promises they cannot keep if they are elected mayor. On the other hand, their actions demonstrate precisely why Ko Wen-je is so popular in Taipei, and why he will probably handily sweep 2018 Taipei mayoral elections.

The KMT’s Ting Shou-chung has, for example, in past days promised that he will resolve the ongoing Taipei Dome debacle within two months if he is elected mayor. This seems quite unlikely, considering that the construction of the Taipei Dome stretched on from Ma Ying-Jeou’s administration to Ko Wen-Je. Despite being elected into office promising that he would speedily resolve the deadlock around the Taipei Dome, four years later, Ko himself has been unable to resolve the controversy, and so claims by Ting that he can do so in two months are highly suspect—particularly given his close ties with Ma Ying-Jeou and other KMT members and his embeddedness in the same clientelist networks that have led the controversy to drag for so long. 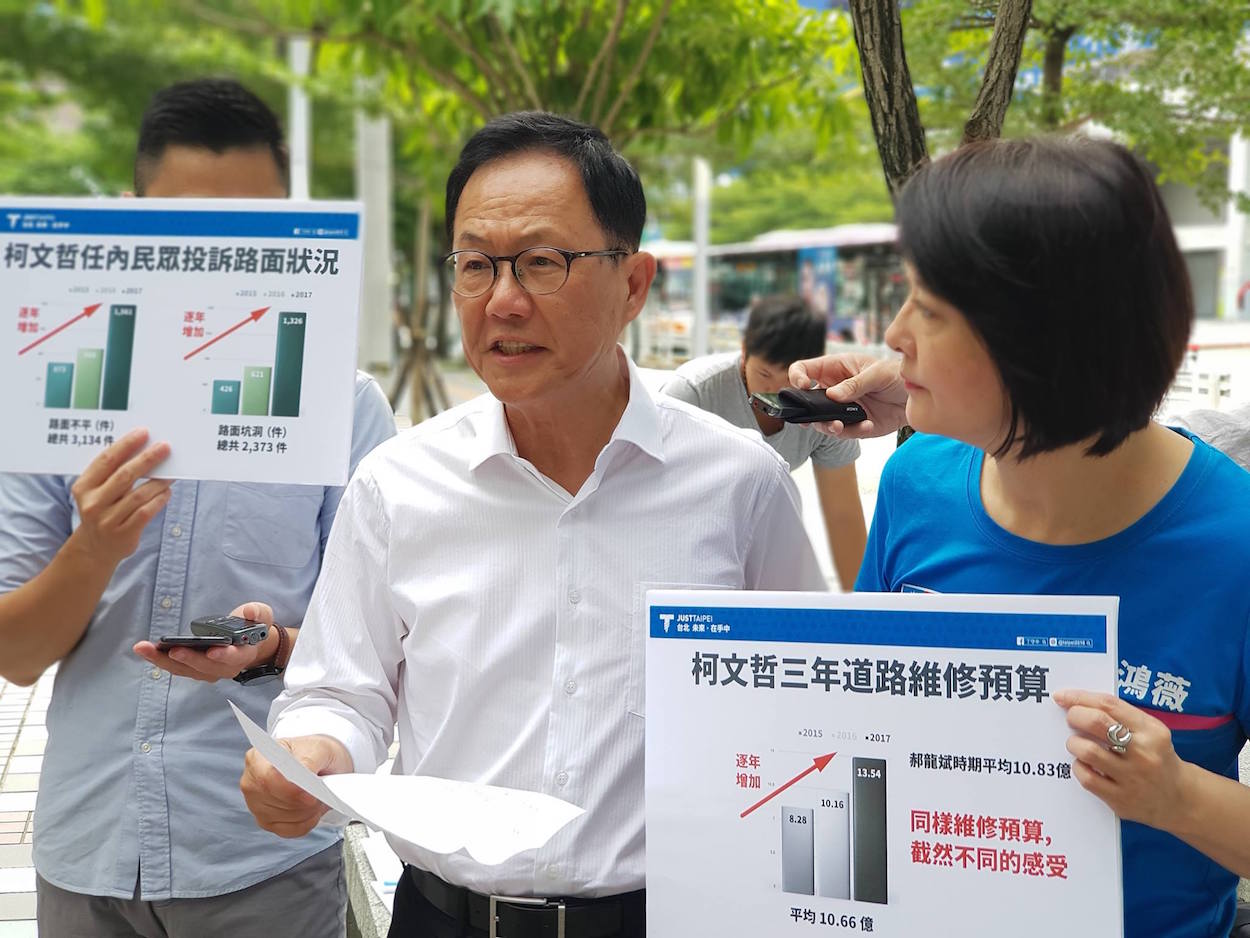 On the other hand, Pasuya Yao of the DPP has in many cases proven to be no better. Yao has made a number of highly questionable claims in a bid to appeal to members of the deep Green camp, including stating that he would ban the Chinese flag in Taipei, and remove Chiang Kai-Shek statues located in the city. Infrastructure-wise, Yao has also proposed moving government buildings current located by the Shandao Temple area to the Songshan Airport Area, given frequent demonstrations in the area. It is to be questioned whether Yao actually has the authority to make such decisions, seeing as political bans touch on sensitive issues of free speech, and relocating central government buildings may not be in the purview of Taipei mayor.

Likewise, both Ting and Yao have promised to reinstitute benefits for the elderly that were cut by Ko Wen-Je as part of budget cuts, including subsidies paid to the elderly, lashing out budget management by Ko and the introduction of alternatives programs to aid the elderly. While empty political promises are far from new by the KMT, this is also becoming increasingly true of the DPP, with Yao proving a candidate that regularly makes promises and vague statements to simply try and appeal to voters. Ko has lashed out at such actions as tantamount to vote buying, an accusation that both Ting and Yao have echoed at Ko at times through criticisms of vows by Ko to construct more public housing.

Polling generally shows that Ko Wen-je will handily sweep the Taipei mayorship in upcoming elections. It is not surprising to see why, given Yao and Ting’s lackluster performance. For the most part, Ko is seen as having taken concrete actions which benefit the city of Taipei, rather than making promises he does not intend to keep, as evidenced in the visible benefits to public infrastructure since Ko took office. 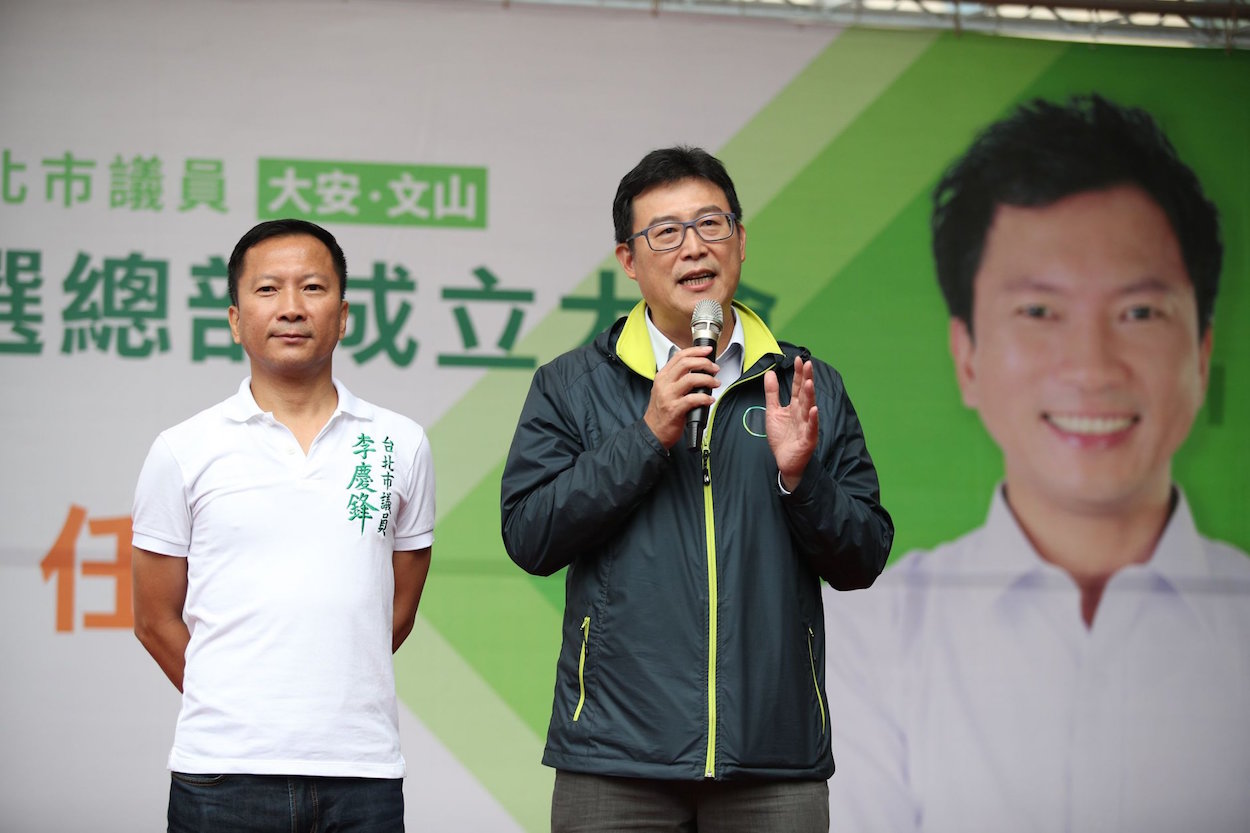 Certainly, there are cases in which Ko has failed to maintain a campaign promise, such as his demolition of the Nangang Bottle Cap factory after previous promises to preserve the structure. Nevertheless, one observes that general concerns regarding Ko, even from the deep Green camp, are not about the effectiveness of his mayorship of Taipei. Rather, these are regarding what his stances on cross-strait relations are, and his association with deep Blue political figures with a checkered past dating back to the authoritarian period.

Such criticisms are wholly valid and, in this way, Ko, in fact, proves a dangerous mayoral candidate for Taiwan. Nevertheless, the KMT and DPP may only be hastening their political obsolescence with their actions, in running candidates that stand for the traditional politics of making constantly empty campaign promises and in this way failing to understand why a decidedly non-traditional politician such as Ko would become so popular with voters because of how he radically breaks with precedent.