A Failure Of Solidarity In Taiwan After The Trump-Tsai Call?

IT IS IRONIC that after a phone call between Donald Trump and Tsai Ing-Wen and two tweets about the phone call by Trump, suddenly a large portion of the Taiwanese public and commentators on Taiwanese politics would find themselves tripping over themselves in acting as Trump apologists. So much for the apprehensiveness felt in Taiwan, a relatively progressive society, that an individual with a history of racist and sexist comments and actions as Trump could be elected president of America. After all, in 2016 elections, America literally elected a individual accused of sexual assault many times over for president over who would have been the first female president.

In truth, it is probably making a mountain out of a molehill to imagine that Trump’s comments represent some momentous shift in US-Taiwan relations which will occur under Trump’s watch. As some have claimed, Trump may be the most unqualified president-elect in American history. There may not have been very much thought which went into Trump’s public statements on Taiwan, if any at all, and Trump’s statements about Taiwan may have been made on the basis of a weak grasp of Asian politics. Yet of course, people often believe what they want to believe more easily than what the facts attest to. Believing on the basis of one phone call and two tweets that some fundamental shift in US-Taiwan relations is underway is wishful thinking at its worst. 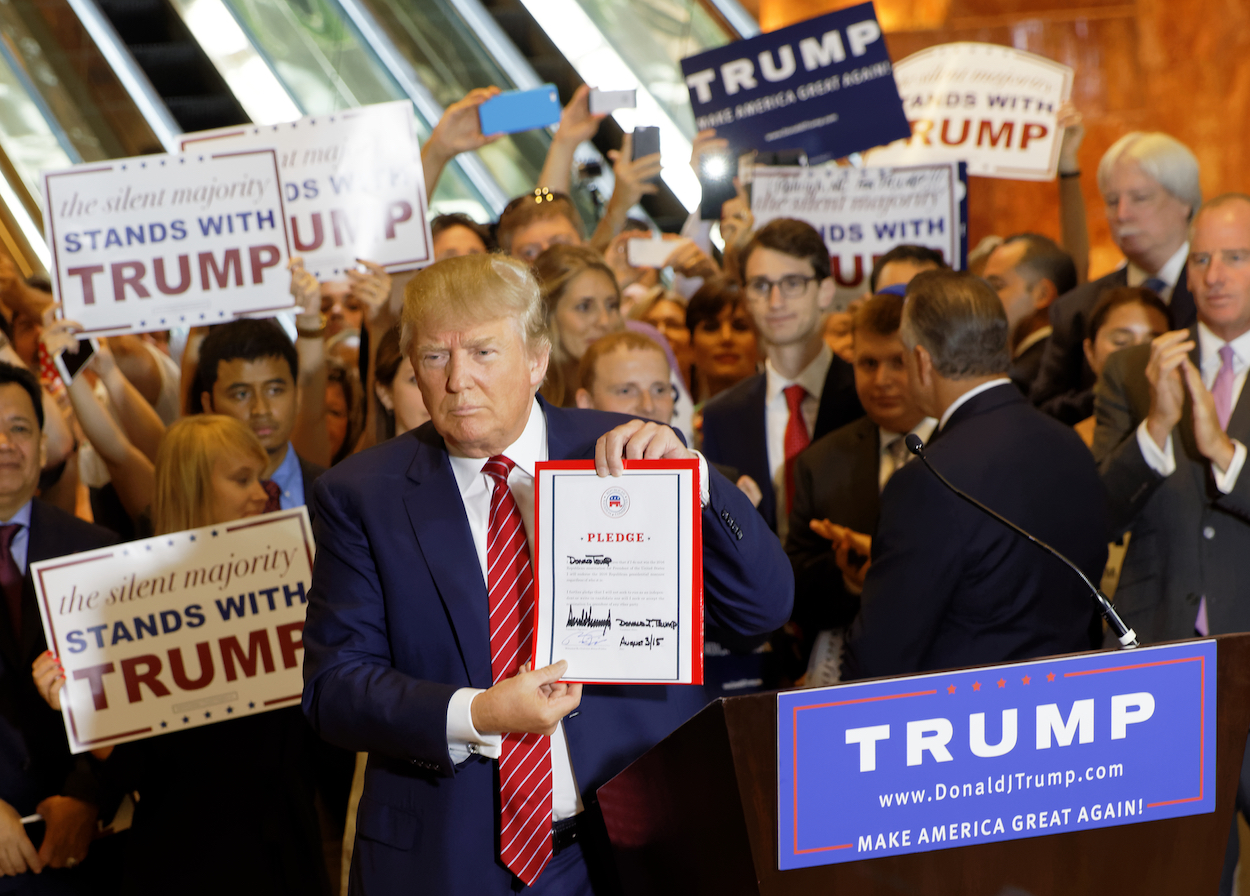 But reactions to Trump’s phone call with Tsai have been revealing of an ugly side of Taiwan and those concerned with it. If Trump apparently speaks up in favor of Taiwan against China, Trump suddenly receives carte blanche on all other political matters, particularly regarding his sexism, xenophobia, and racism. Where Taiwan is concerned, that would be naked self-interest speaking for itself. Yet with god-emperor Trump suddenly hailed as Taiwan’s savior from on high, it is ironic to note that some of those who speak up in favor of defending Taiwan’s sovereignty sound uncannily like the neo-Nazis of the Alt-Right, with their proclamations that “Daddy will save us”.

It is unsurprising, then, that Taiwanese independence is often seen as an extreme right position internationally. In part, this returns to that it is often right-wing political actors with questionable political backgrounds who speak up in defense of Taiwan internationally, such as the American Republican Party or the far right-wing Japanese nationalists of Shinzo Abe’s Liberal Democratic Party. Trump, the end product of the lurch rightwards of the Republican Party in recent years, takes this tendency to its logical conclusion, as a politician some judge to be proto-fascist or neo-fascist who may support Taiwan.

Yet as we see with apologism for Trump in Taiwan after the Trump-Tsai phone call, never mind what the effects of the Trump administration for women, blacks, or LGBTQ in America will be, sometimes right-wing political actors are given a pass by Taiwanese if they are seen to be beneficial for Taiwan. Worse yet, the transgressions of these right-wing political actors come to be seen in a rosy light.

Indeed, the future under Trump looks to be a terrifying one in the United States, with reproductive rights organizations as Planned Parenthood facing the possibility of being shut down after federal funding cuts, and a wave of attacks on immigrants and LGBTQ which has occurred after Trump won the election. But we should keep in mind that Taiwan is country which is heavily politically and culturally influenced by the United States. For example, Taipei mayor Ko Wen-Je was initially not supportive of gay marriage but stated that he would consider supporting gay marriage once half the states in the United States legalized gay marriage. After the surprise legalization of gay marriage in the United States in the 2015 Obergefell v. Hodges, Ko has since become more supportive of gay marriage, in at least one case presiding over a same-sex marriage himself. Correspondingly, anti-gay groups in Taiwan oftentimes take their cues from American fundamentalist Christian groups. 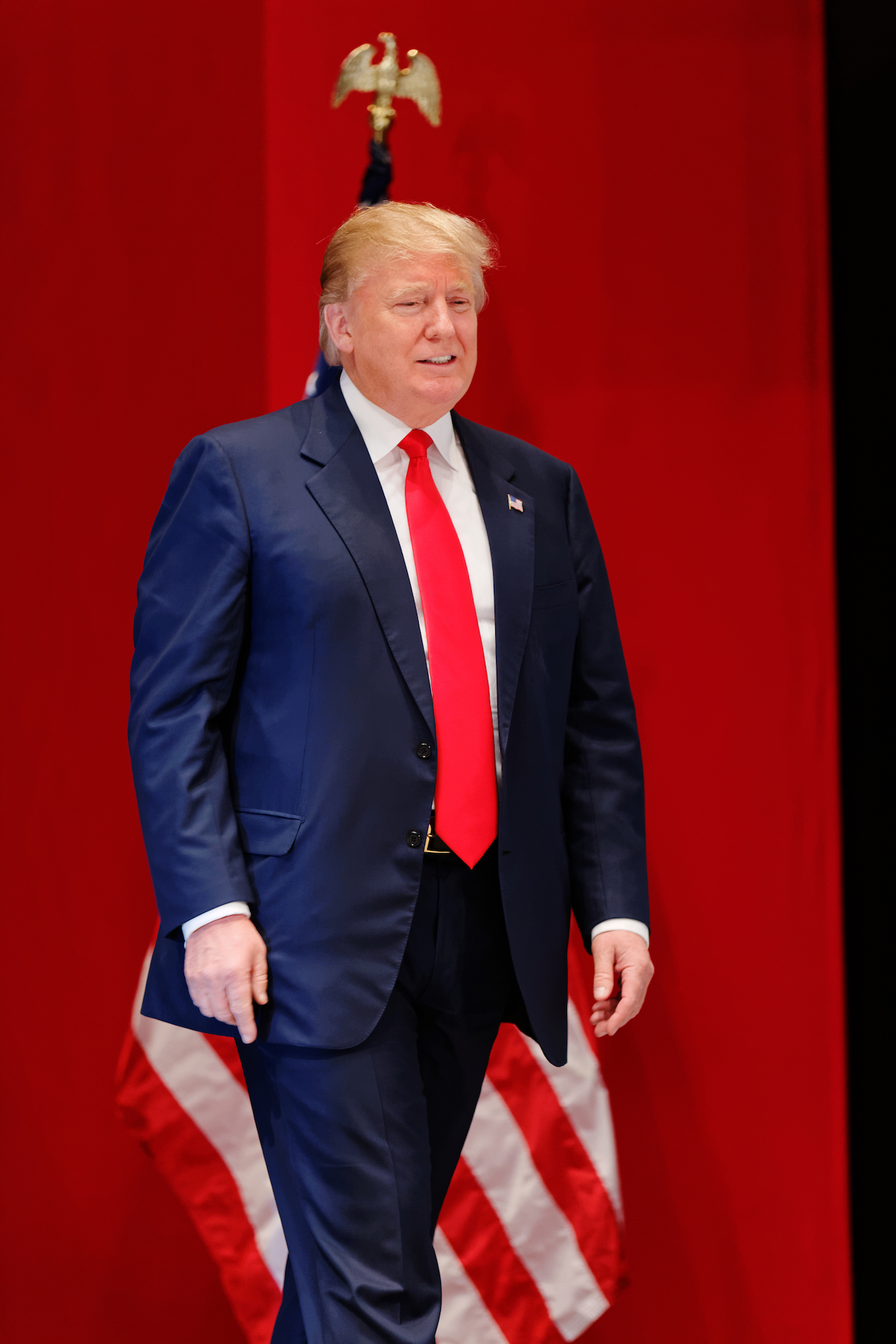 If the United States enters a period of rampant misogyny, homophobia, and racism under Trump, what example does this set for Taiwan? Much less other countries which are politically and culturally influenced by the United States? With the wave of hate crimes against minorities in the United States which have occurred since Trump was elected, this occurred because American racists saw Trump’s election victory as meaning that they have license for their actions now. Could this also be so for other parts of the world?

So much for international relations as founded on the basis of shared values. Or for advocates of Taiwanese independence standing in solidarity with the peoples of other nations on the basis of shared progressive values. Perhaps it is unsurprising, then, as to why the Taiwanese independence movement has not acquired the support of those who rally around self-determination movements as those for Palestinian, Kurdish, or Tibetan self-determination as progressive causes. Namely, those who wish for Taiwanese independence too often put the self-interest of Taiwanese above all else, with little consideration of what the effects for the rest of the world are.

With the Trump-Tsai phone call, the phone call itself may not be a bad thing seeing as Taiwan has been unfairly diplomatically isolated by the United States and other members of the international community for so long. But the rush to act as an apologist for Trump in all matters of his life on the basis of his perceived pro-Taiwan stance is inexcusable. In this way, it is unsurprising that Taiwanese independence will only continue to be seen as a rightist stance by many internationally, never mind that its advocates more often than not orient towards the political Left. Those who support Taiwan and call for the protection of its de facto independence can do better.