CLASSMATE MINUS is not the masterpiece that director Huang Hsin-yao’s first film, The Great Buddha ＋, was. However, it is a competent second effort, and the same aesthetic and political preoccupations persist in Classmate Minus as in The Great Buddha +, which took Taiwanese cinema by storm in 2017.

In some ways, what Huang may have been after in making Classmate Minus was to buck the expectation of making another internationally acclaimed film, one that garners accolades on the film festival circuit. Consequently, Classmate Minus strikes in some way as homage, in attempting to recreate the Taiwanese domestic production that never makes it to the international world, the screwball comedy that is rough around the edges and not shot for cut-by-cut perfection.

Classmate Minus increases the autobiographical and metafictive elements of The Great Buddha +. Huang is again the narrator for Classmate Minus, sometimes commenting on his directorial choices for the film in a self-reflective manner. Once again, iconic Taiwanese musicians provide much of the defining soundtrack for the movie. This time instead of featuring cameos by rocker Jutoupi and a soundtrack by Hakka singer-songwriter Lin Sheng-xiang, it is the left-wing pro-independence band LTK Commune that provides the musical backing for the film. Following up on an MV by the group in which the band is dressed as election campaign workers, they appear throughout the film as part of an election crew.

But this time the focus is on fictive versions of Huang’s high school classmates, a group of middle-aged men that collectively seem stuck in a rut—they are old enough to have given up on dreams of success. Yet they still struggle to make something of their life while dealing with feelings of inadequacy.

Much of what Classmate Minus touches on seems reflective of contemporary concerns in Taiwan. One character, the struggling director A-Tian, ends up drafted for a bizarre political run for legislator, to put a young face on older establishment politics. A-Tian, however, struggles with trying to take control of his own political career instead of simply being a puppet of the older politicians pulling the strings from behind the scenes—effectively the dilemma of many of today’s young politicians in Taiwan.

Huang seems to hope to depict what he sees as the Taiwanese everyman in focusing on these fictitious depictions of his high school classmates. Blockage, a funeral papermaker that suffers from a stutter, draws the most parallel to the characters found in The Great Buddha +. Struggling to provide for his ailing mother and to eke out a living, Blockage ends up dying an absurd, confused death by the time the film ends, much in the manner of the characters of The Great Buddha +.

At the same time, not all of Classmate Minus’ experience will ring true for all viewers. As with The Great Buddha +, Huang’s focus is primarily on straight men, with female characters lacking interiority, and often depicted in objectified terms. Particular lacking is the titular Minus, the high school love of household registry worker Guantou, who has become a sex worker later in life. 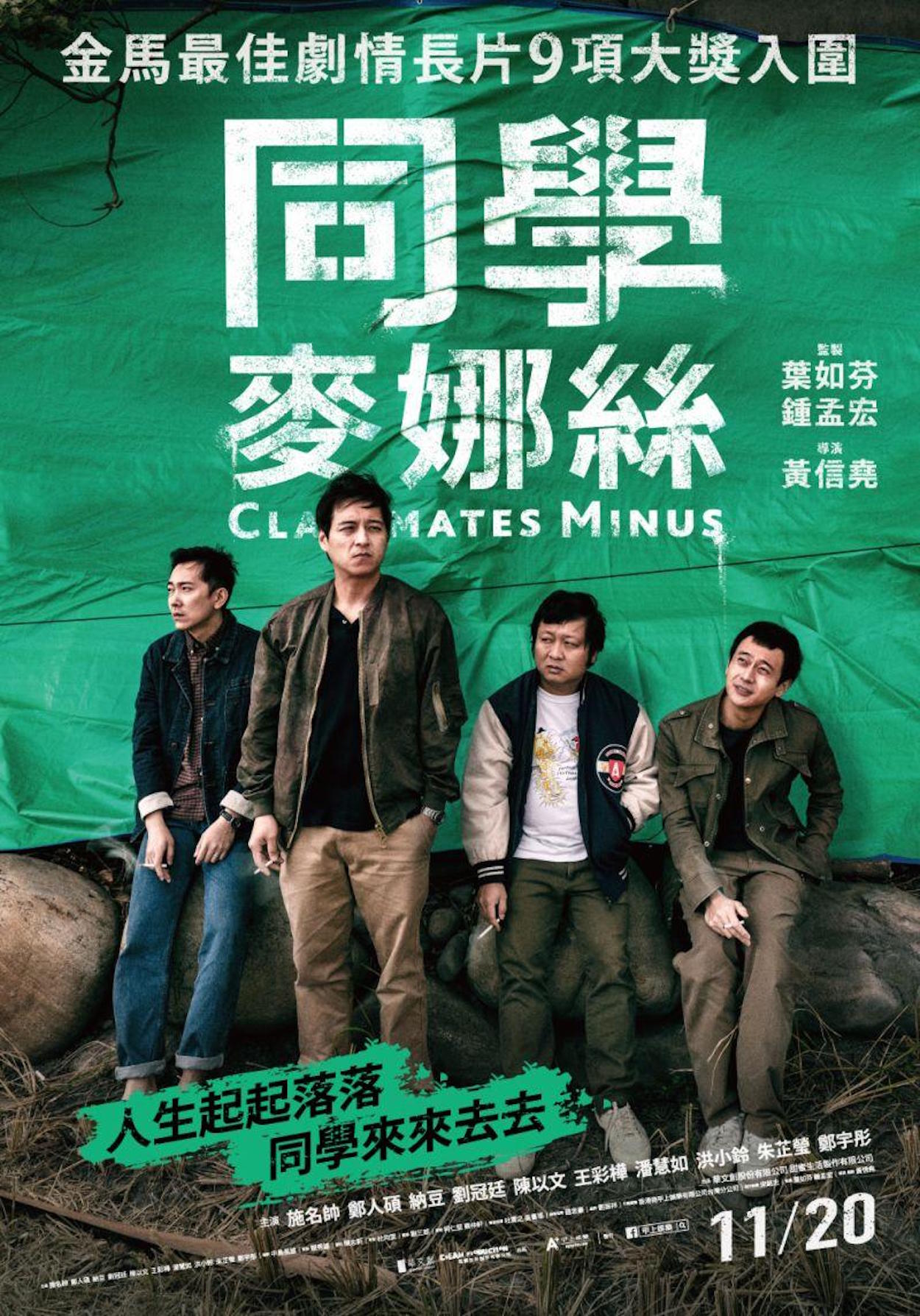 Notwithstanding one excellent scene in which Guantou’s romanticized depiction of Minus is shattered and Minus stares directly into the camera—returning the male gaze in a shot set up for by a scene early in the film—female characters are generally lacking in three-dimensionality. In interviews, Huang has stated that he expected he would be criticized for his depiction of female characters, but shrugs off the concern. That being said, Huang does seem conscious of how the female partners of his male protagonists are long-suffering.

Still, Classmate Minus draws an odd parallel with this year’s hit family drama Little Big Women, seemingly the Classmate Minus’ opposite number in focusing entirely on the subjectivity of its female protagonists, the sisters and mother of a Tainan-based family. Like Little Big Women, Classmate Minus is very much a film that aims to depict local contexts outside of Taipei, in this case, Taichung. The major narrative flaw of both films, however, is that there are too many characters, making it difficult to fully develop the ensemble cast.

Classmate Minus is at its best when it is at its most earnest. But the focus on middle-aged feelings of inadequacy among a group of male high school friends is not compelling subject matter in and of itself. This is not to say that Huang is out of the running as one of the most promising directors to keep an eye on for contemporary Taiwanese cinema, but it may be that the film ultimately proves itself to be a transitional work for Huang.