Review: Memories to Choke on, Drinks to Wash Them Down (夜香・鴛鴦・深水埗)

MEMORIES TO CHOKE ON, Drinks to Wash Them Down, directed by Leung Ming-kai and Kate Reilly, stands out for its ability to evocatively conjure up the quotidian realities of Hong Kong. In many ways, the film, consisting of three shorts depicting everyday dramas set in Hong Kong and one documentary segment, proves a highly poetic one—a snapshot of Hong Kong as it is today, as well as a Hong Kong that may not last.

The first segment depicts the day of an Indonesian caretaker taking care of an elderly Hongkonger intent on traveling to Central from Yuen Long to visit a clan gathering of the village she immigrated to Hong Kong from. During the course of their journey, parallels are drawn between the experiences of the Indonesian caregiver and the elderly grandmother, who are both immigrants to Hong Kong, as well as mothers. At the same time, the film humorously touches on the class dynamic between the two women, seeing as the caretaker needs to avoid the woman actually arriving in Central—something that her son, the caregiver’s employer, would fire her for. 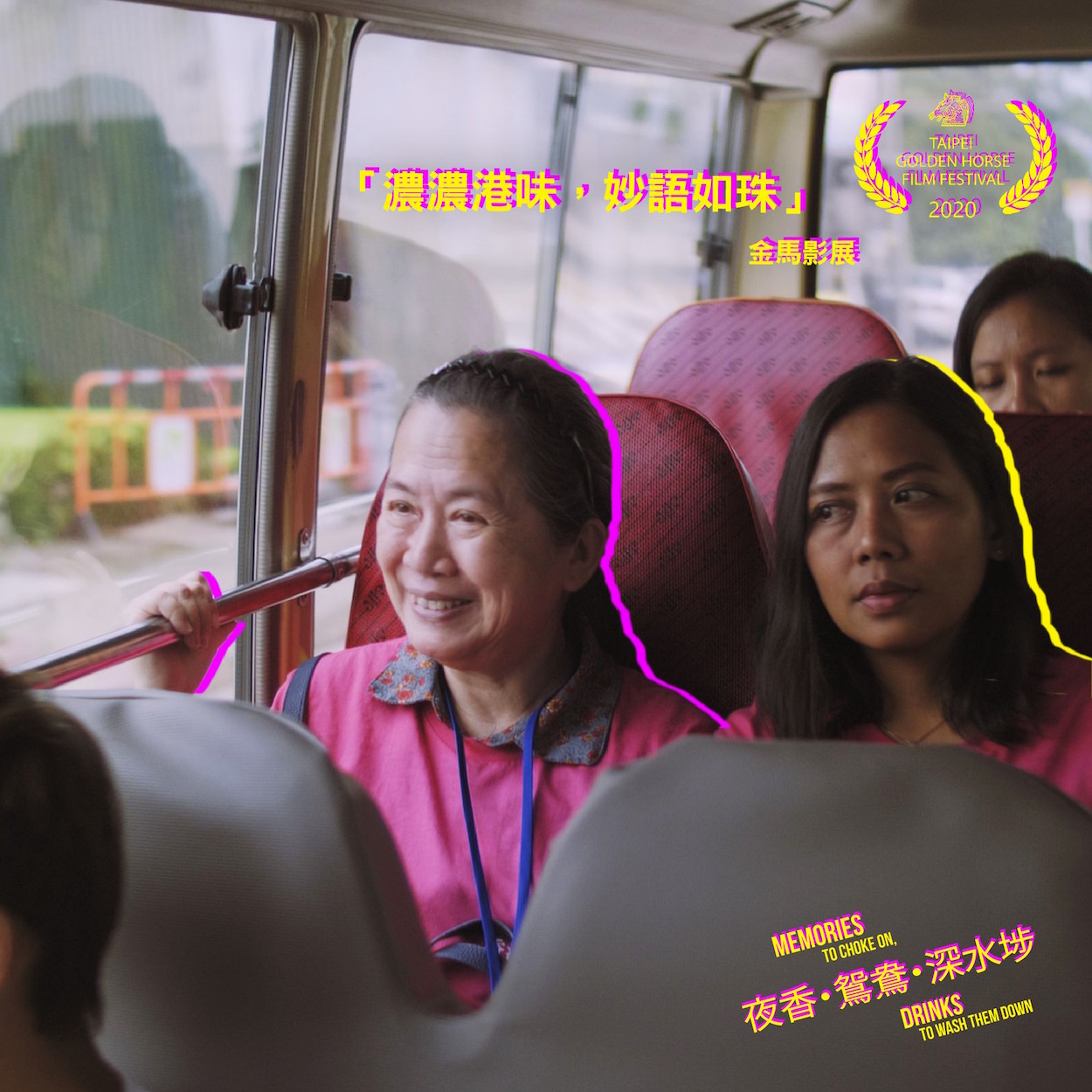 The second segment highlights the interactions between two brothers paying a visit to their mother’s toy store in Sham Shui Po, shortly before their mother plans on selling the store. Recalling their past interactions, the two brothers reflect on their mother’s differing expectations for them and their dynamic as siblings, as reflected through the cultural referents presented by the toys in the toy store, with the younger brother eventually building up the courage to tell his older brother that he was fired from his original job, but wants to take up running the toy store.

The third segment, one of the actors in which is Reilly herself, focuses on a white American at a secondary school, Ruth, who is a recent arrival to Hong Kong, and her romantic interest, a Hongkonger, John, who is a fellow teacher at the school. This segment touches on the dynamics of interracial differences, as well as racial dynamics in Hong Kong itself, as with the first segment, between residents of Hong Kong and more recent arrivals. Here, part of the focus is placed on Hong Kong and its historic dynamic with the western world, particularly as a former colony.

As referenced in the film’s title, a guiding thread between the depiction of the quotidian is the use of food. The third segment particularly highlights this, seeing as the relation between Ruth and John develops over food, and the two brothers in the second segment, also share a meal in the toy store.

After three segments, the film transitions rather seamlessly to a documentary segment depicting Jessica Lam, the so-called “Second Sister” of Sham Shui Po’s run for district council, a real-life event that took place in 2018. Though the transition from fiction to documentary might otherwise be abrupt, Lam’s run for office proves a natural outgrowth of the previous three segments, Lam seeking to shoulder public responsibility depicted by focusing on Lam as a funny, regular person generationally linked to the fictive events that took place in the three previous segments, insofar as they are fictive depictions of today’s Hong Kong. The film’s transition from fiction to documentary is innovative and, what’s more, serves to perfectly encapsulate the film. 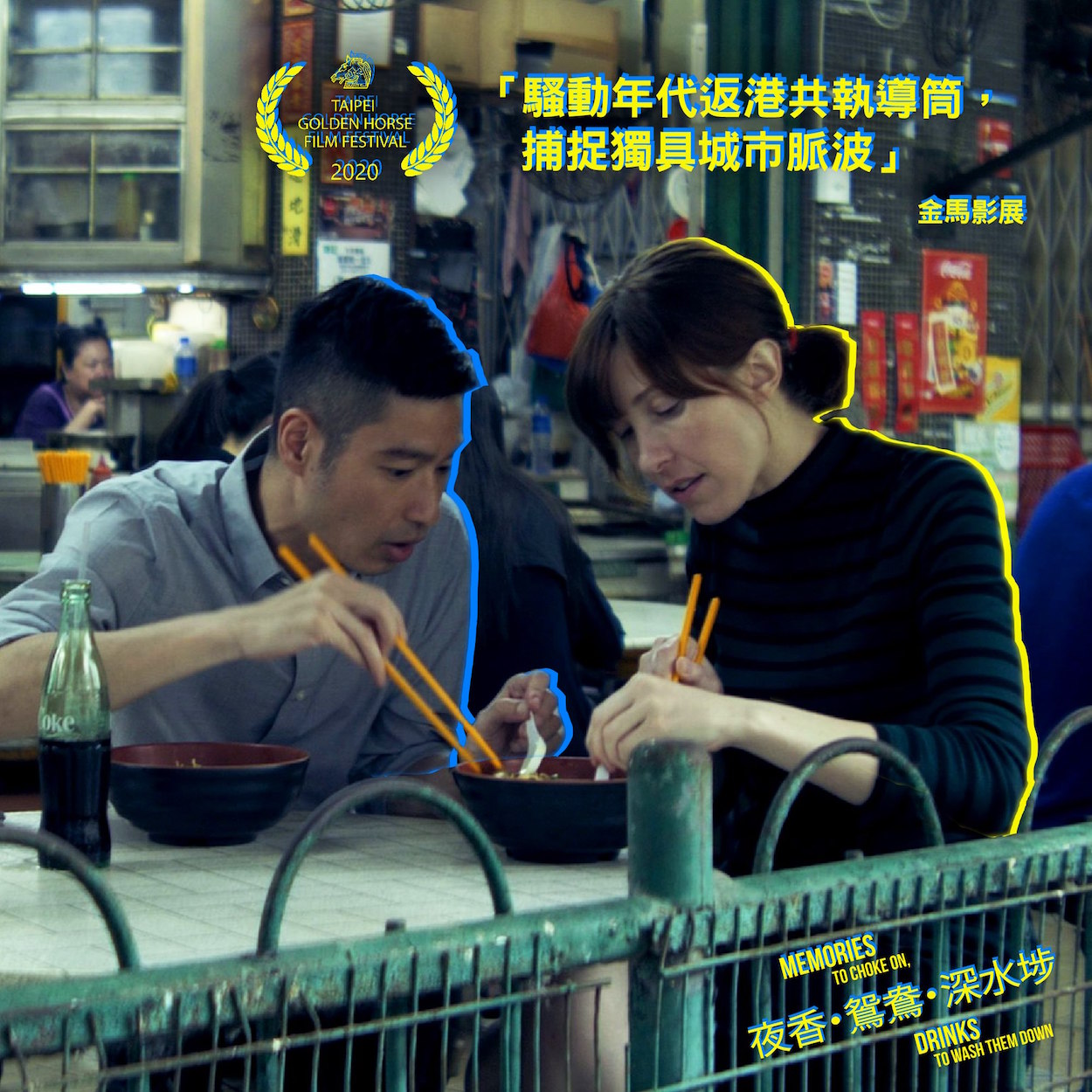 Namely, what hangs over the film is the specter of politics, in that the charmed, everyday life of Hongkongers today depicted in the first three segments is threatened with extinction down the line, with an increasingly repressive domestic environment. The film manages to perfectly engage with the question of politics, with the Umbrella Movement and Anti-ELAB Movement suddenly emerging at the end of the segment during the transition to the documentary segment, while also hinted at in the second segment, with reference by one of the brothers to how toys with a local flavor sell well. One is reminded of other films that have come out of Hong Kong in past years, such as Ten Years, but the film hints much more subtly at political issues than many of the shorts in Ten Years do.

Memories to Choke on, Drinks to Wash Them Down particularly stands out because it is never overstated, nor does the film demand any form of extrapolating. The film is particularly effective in its combination of sound, image, and text, whether in the form of transitions between the segments or the use of montage without venturing to extremities. In this sense, the film gestures toward providing a new filmic vocabulary for Hong Kong, precisely through that the film’s aims are to depict the Hong Kong of today and now, as it is in a moment of transition, making the film a highly successful one. Directors Leung and Reilly’s works are highly worth keeping an eye on in the future.