WORLD HEALTH ORGANIZATION (WHO) director-general Tedros Adhanom Ghebreyesus stoked controversy earlier today with comments accusing the Taiwanese government of launching an organized campaign against him in the course of the COVID-19 coronavirus pandemic. According to Tedros, Taiwan was politicizing the coronavirus pandemic to attack the WHO when the world needs to unite in combating the disease. What has raised eyebrows in particular, however, was Tedros accusing the Taiwanese government of “racism” against Africans in this purported campaign against him.

Due to Chinese pressure, Taiwan is excluded from the WHO, the UN agency responsible for global health initiatives. Taiwan has also not been allowed to participate in the WHO as an observer, something it was allowed to do in the past. As a result, Taiwan is excluded from the distribution of international medical resources, as well as information on disease outbreaks such as the ongoing COVID-19 pandemic.

That being said, Taiwan has won accolades internationally for its successes in fighting the COVID-19 pandemic. Taiwan has successfully kept the number of COVID-19 cases low, with limited cases of community transmission. Taiwan currently has less than four hundred confirmed COVID-19 cases and only five deaths have occurred due to the virus. Apart from the rapid response of the Taiwanese government in enforcing quarantine measures, the Taiwanese government took decisive steps to intervene in private industry to step up the production of medical masks, alcohol sanitizer, and other supplies used to prevent the spread of COVID-19.

With the view that, in light of its successes, Taiwan could contribute to international efforts to fight COVID-19, the WHO has come under fire for its exclusion of Taiwan. The WHO has been accused of being overly beholden to the Chinese government, as observed in the organization frequently praising the Chinese government’s response to COVID-19 despite actions by the state to repress whistleblowers that attempted to sound the alarm about the virus outbreak. Consequently, one notes that the WHO has increasingly come under fire from America, which has taken to attacking the WHO as a proxy for China.

Indeed, the attempts of the WHO to pretend that Taiwan’s exclusion from the organization is a non-issue have been heavy-handed. This was highlighted in a recent incident in which WHO assistant director-general Bruce Aylward attempted to hang up on Hong Kong public broadcaster RTHK reporter Yvonne Tong when asked about Taiwan during an interview, then pretended not to hear what she had said.

Tedros also lashed out at Taiwan last month, accusing Taiwan of being behind online criticism of his leadership of the WHO through use of a “cyber-army.” This was specifically in the context of an online petition on Change.org that called for his replacement as director-general of the WHO. At press time, the petition currently has around 754,000 signatures. Nevertheless, given international praise of Taiwan, at other points the WHO has claimed that it has worked with Taiwan in efforts to fight COVID-19. Such claims have been denied by the Taiwanese government. 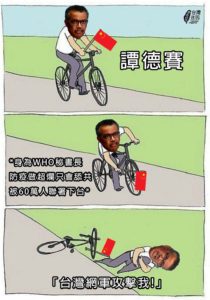 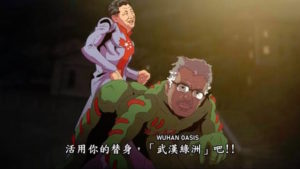 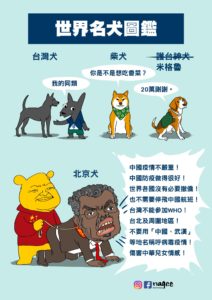 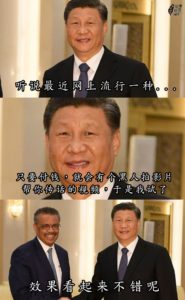 Tedros, in particular, has become the target of ire in Taiwanese media. One observes that many political cartoons and Internet memes in Taiwan have taken to mocking Tedros in past months.

It is true that some depictions of Tedros among these may verge into racism. However, it is generally self-apparent that efforts by the Taiwanese government to call attention to Taiwan’s exclusion from the WHO have focused primarily on targeting the organization, not Tedros personally, and that this has steered far clear of racism.

Indeed, one observes that some Chinese-language Twitter accounts that have been critical of the WHO for Taiwan’s exclusion have posted racist attacks on Tedros. But these are not run by the Taiwanese government and are not part of any official campaign run by the government. In fact, it is not clear that these accounts are run by Taiwanese. Many accounts actually post in simplified Chinese or otherwise demonstrate behavior which suggests that they may be Chinese-operated bots.

Tedros, then, would seem to be making accusations of racism from Taiwan with little evidence, but hoping that alleging that this has happened will cause such charges to gain traction. This attempt to deflect blame using a charge of racism proves all too disappointing in light of that Tedros is the first African to serve as director-general of the WHO.

More broadly, Tedros’ accusation that it is the Taiwanese government that is attempting to unduly politicize the issue of global health would seem to be a form of victim-blaming. This accusation would be a means of attempting to redirect accusations that have been made against China toward Taiwan, in the hopes that this will stick.

The RTHK interview in which WHO assistant director-general Bruce Aylward attempting to ignore mention of Taiwan. Film credit: RTHK

By contrast, ironically, one notes that there have been actual expressions of racism against individuals of African descent from the Chinese government, as best seen in Chinese state media.

An example would be the Chinese government backing Chinese-American policeman Peter Liang in state-run publications after Liang killed Akai Gurley, a black man, in 2016. While Chinese state-run publications initially sought to use Gurley’s death as a way of taking the American government down a peg, suggesting that America should not criticize China on race issues such as China’s mass detention of Uighurs when it also has domestic problems of the same nature. But once it became clear that Gurley’s killer was a Chinese-American man, Chinese state-run media shifted to uncritically backing Liang, despite Liang’s culpability in the killing.

Yet in claiming that America was racist toward Liang—this despite that many Chinese-Americans called for Liang to face charges—the attempt would still be to claim that the US is racist in order to distract from domestic issues regarding race in China. Tedros may be adopting a similar strategy.

Indeed, COVID-19 has provoked racist responses against foreigners in many places, including in Taiwan. Examples include several isolated reports of establishments issuing statements that they will not admit foreigners, as well as increases in documentation checks for foreigners, most notably in the proposal for migrant workers to have their immigration histories checked if they visit hospitals. Globally, notable occasions of COVID-19 provoking racism against Africans include a recent incident in which French doctors proposed testing vaccines for COVID-19 on Africans during a television program, something which Tedros condemned in public comments. 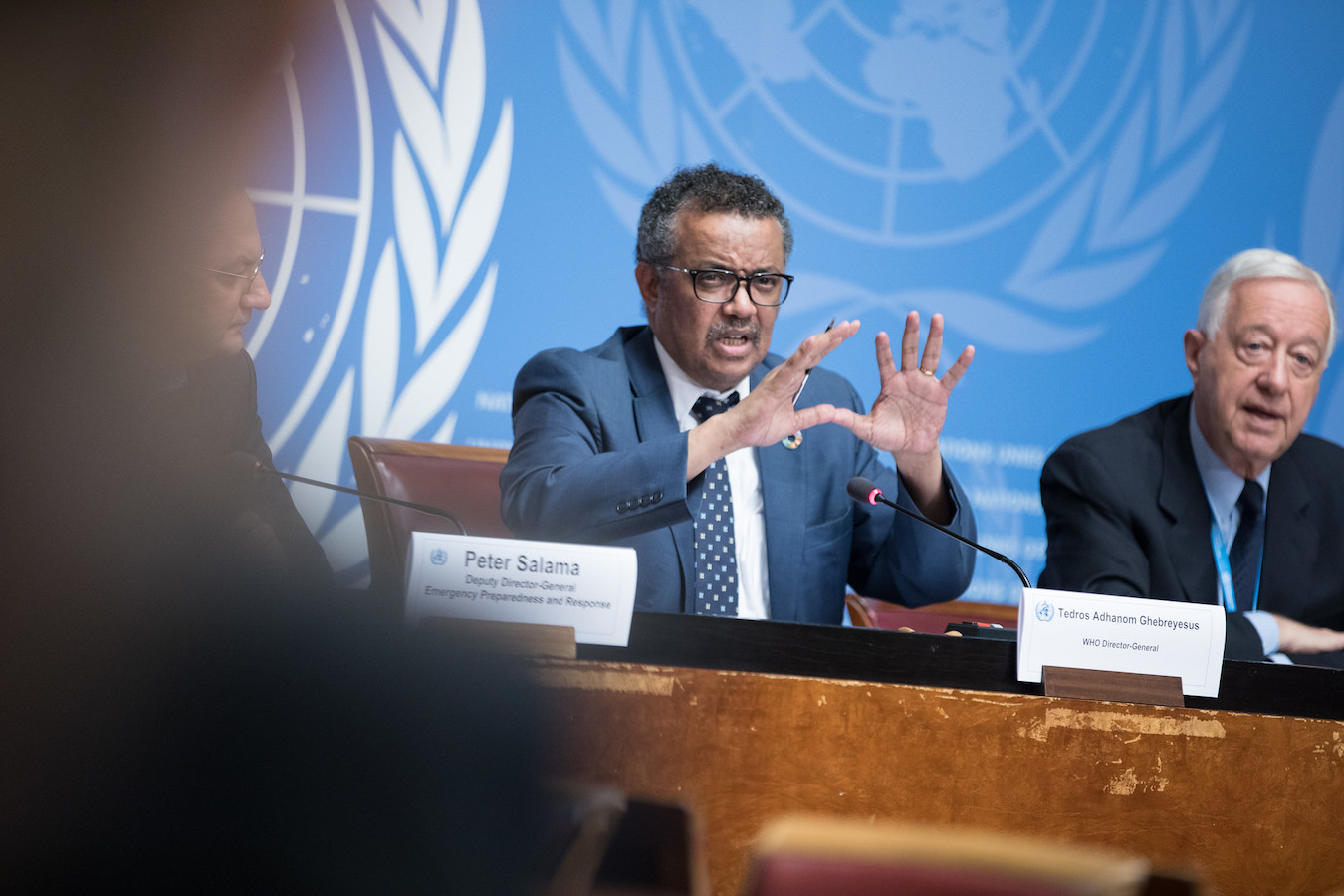 More generally, in grabbing onto accusations without any evidence in order to attack Taiwan, one generally expects such claims to eventually rebound against Tedros. In line with backlash against the WHO following RTHK’s interview with Bruce Aylward, one expects anger against the WHO to continue.