With One Day Before Elections, Results Prove Hard to Predict

SPECULATION ABOUNDS regarding the possible outcome of 2020 elections, with elections set to take place tomorrow. In particular, a large demonstration by Han Kuo-yu supporters yesterday in Taipei, which was attended by several hundred thousand people, has led to fears that Han may do quite well in the election. Yesterday’s rally was scheduled to be the last major rally of the Han campaign. 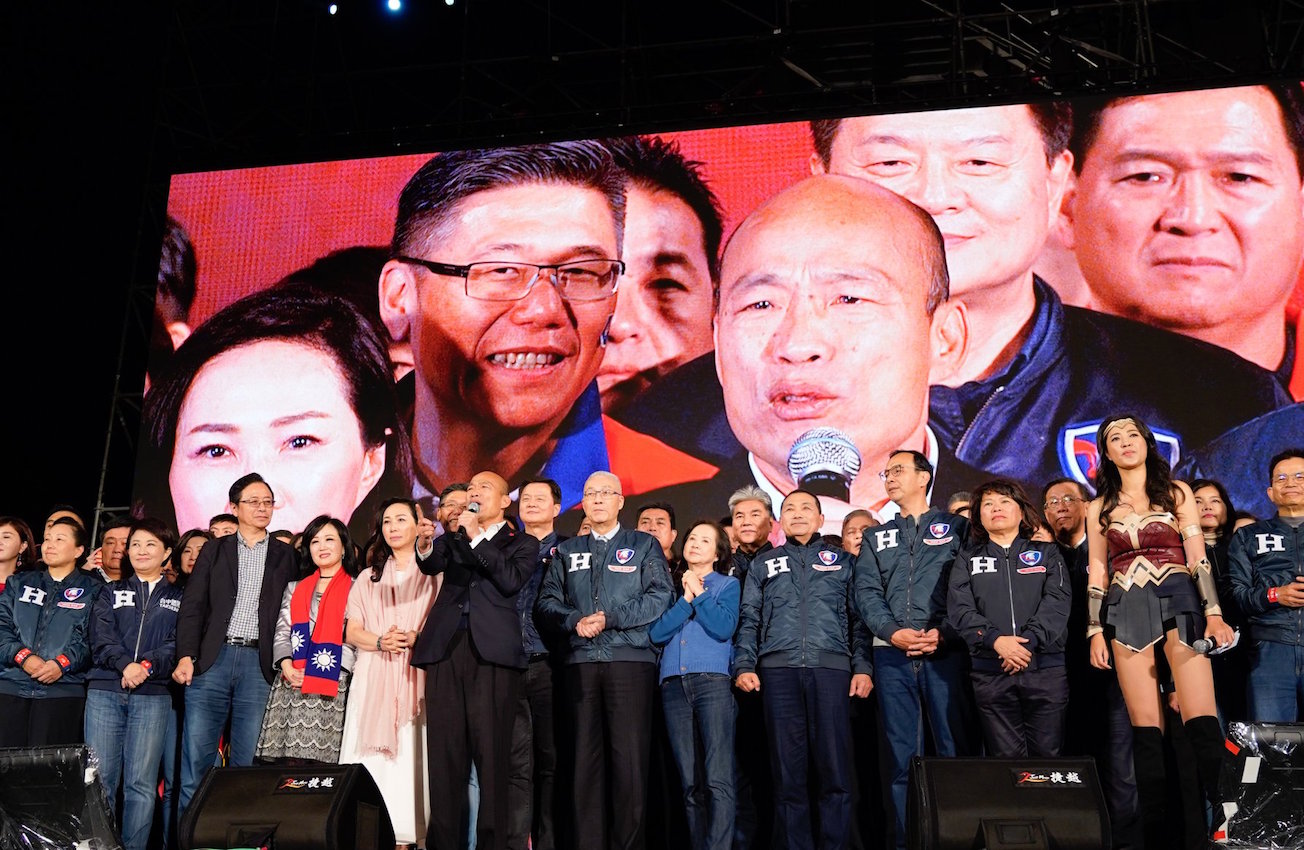 Election outcomes in Taiwan are hard to predict ahead of time. Taiwanese law forbids election polls from being conducted in a certain time period before elections are to take place, in order to prevent election polls being released as a way to influence the political outcome of elections. For this year’s election, it became illegal to conduct election polling after January 1st.

While the last polls showed Tsai as having a sizeable lead over Han of twenty to thirty percent, as well as suggesting that the DPP might be able to retain its current majority in the Legislative Yuan, it is unclear how accurate these polls are. In late November, with polls showing Tsai leading Han, Han instructed his supporters to give false answers or to not take calls when polled by telephone for the election. 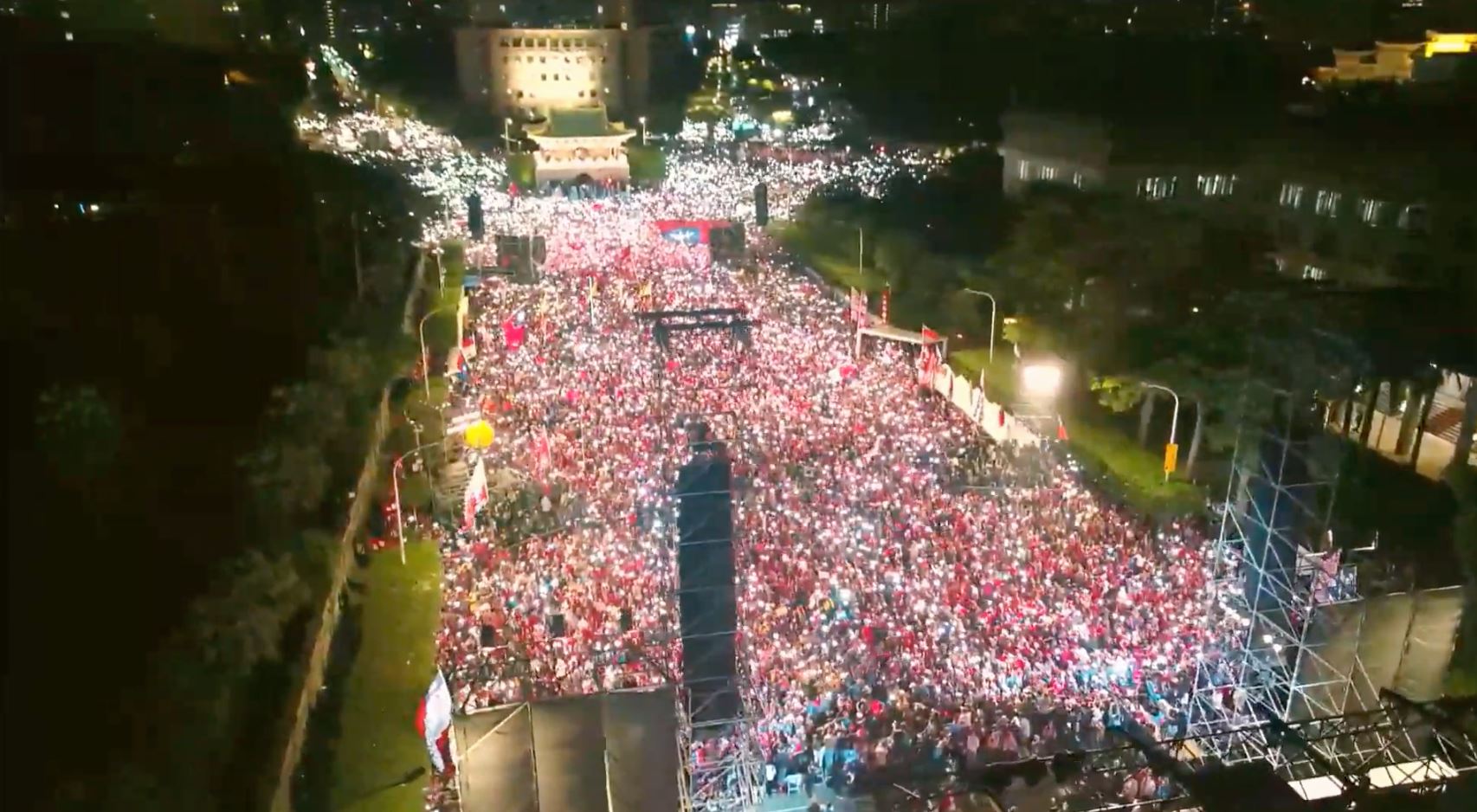 In this way, Han could cast doubt on the result of election polling. Not only would this serve as a face-saving measure, but this would lend itself to strategic ambiguity. The DPP would not know if it is still leading Han and the KMT could use the ambiguous question of how much it is still trailing the DPP in order to motivate its party base to mobilize. In retrospect, this seems to have been a brilliant move by Han.

Yesterday’s rally quite likely drew hundreds of thousands of Han supporters onto Ketagalan Boulevard. Supporters were crowded as far as the 228 Memorial Park to Liberty Plaza. However, at the same time, one notes that the rally was not as large as a previous rally in support of Han that took place in June, this being a campaign rally for Han seeking the KMT presidential nomination. Despite that the campaign rally was still large, the decline in attendance does not bode well for Han’s campaign, since one would expect more supporters to mobilize for Han seeking the presidency than while Han was simply seeking the KMT presidential nomination. 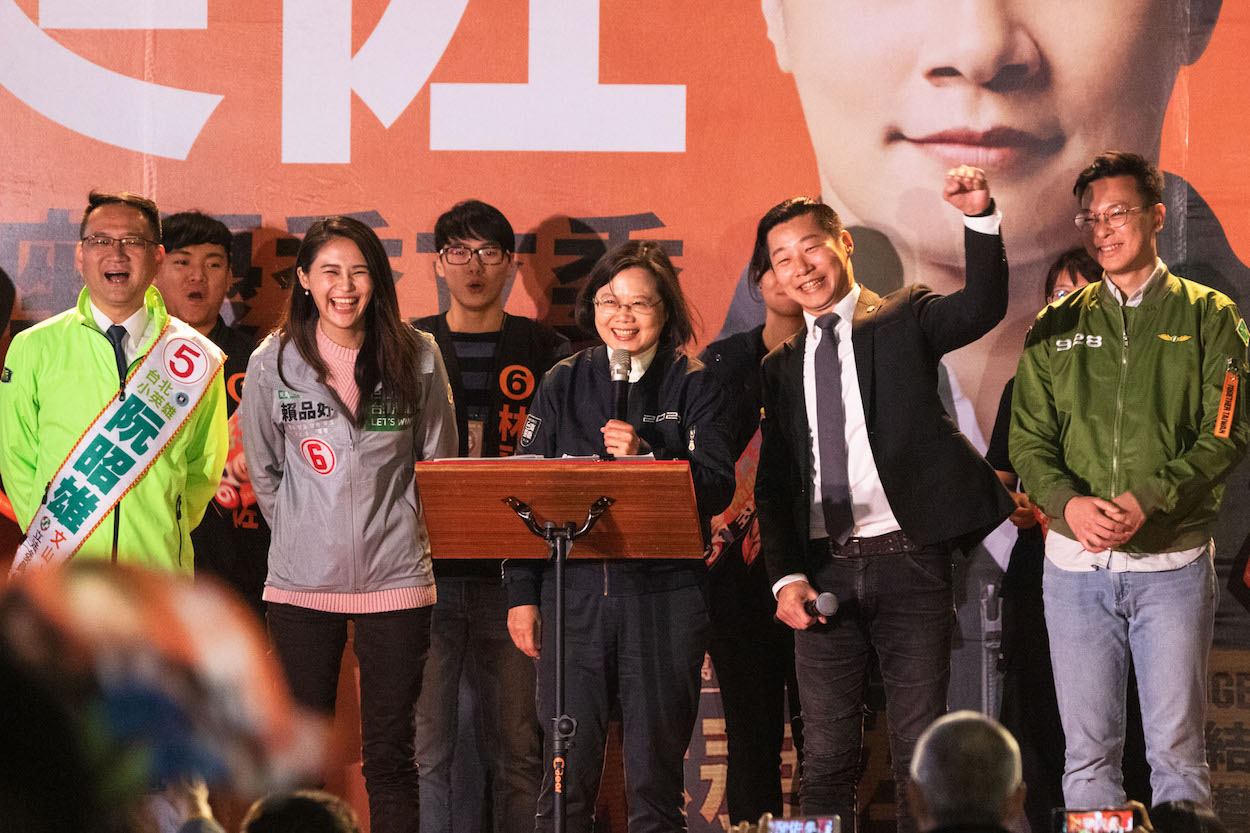 In the meantime, Tsai attended a campaign event for Freddy Lim in Wanhua at the same time as Han’s rally yesterday. The event was many orders of magnitude smaller than Han’s rally, but Tsai’s last full-scale rally before elections is set to take place tonight on Ketagalan Boulevard. It is probable that the media will focus in on the attendance numbers of this rally as an indicating the relative levels of support between Tsai and Han before the election. That being said, attendance numbers for Tsai’s rally tonight may not be an accurate reflection of Tsai’s level of support either, seeing as that some voters will have returned home the night before elections in order to vote.

Some warn that this could potentially cut Tsai’s vote share by up to 1/3rd. Namely, voter turnout among young people has sharply decreased in past years and is at a historic low, while voter turnout is much higher among older voters. Voter turnout in 2016 was the lowest voter turnout since 1996, when direct presidential elections began to be held in Taiwan.

Indeed, the Tsai campaign seems firmly cognizant of this threat, as a result of which many of the Tsai campaign ads have targeted young people, calling on them to return home and vote. It remains to be seen how effective this will be.

Although election outcomes are always uncertain, with a false sense of certainty contributing to likelihood erroneous predictions, it may be too early to see the 2020 election outcome as all but certain.