Lack of Attention in Taiwan to Protests in Ecuador

MASS PROTESTS against a right-wing authoritarian government have brought thousands into the streets. The protests, ignited by the introduction of wildly unpopular state policy, have escalated into demands for greater self-autonomy in a broader context of institutionalized discrimination and widening social inequality. State repression has been swift, with the use of tear gas and military-grade weapons against masked protesters wielding cardboard, scrap metal, rubber trashcan lids, and whatever else can be found for protection. The unrest has spread rapidly, with crowds of protesters occupying public and state property despite the heavy presence of armed police and military engaging protesters in running clashes. The state, backed by a powerful foreign government, has doubled down by shutting down television stations and imposing a 3 pm curfew in the capital.

Despite the obvious parallels between the ongoing popular uprising in Ecuador and the evolving crisis in Hong Kong, there has been scant media attention in Taiwan to the spiraling political situation in the former. A number of explanations might be offered for the conspicuous absence of public discussion in the Taiwanese media of state repression in Ecuador. 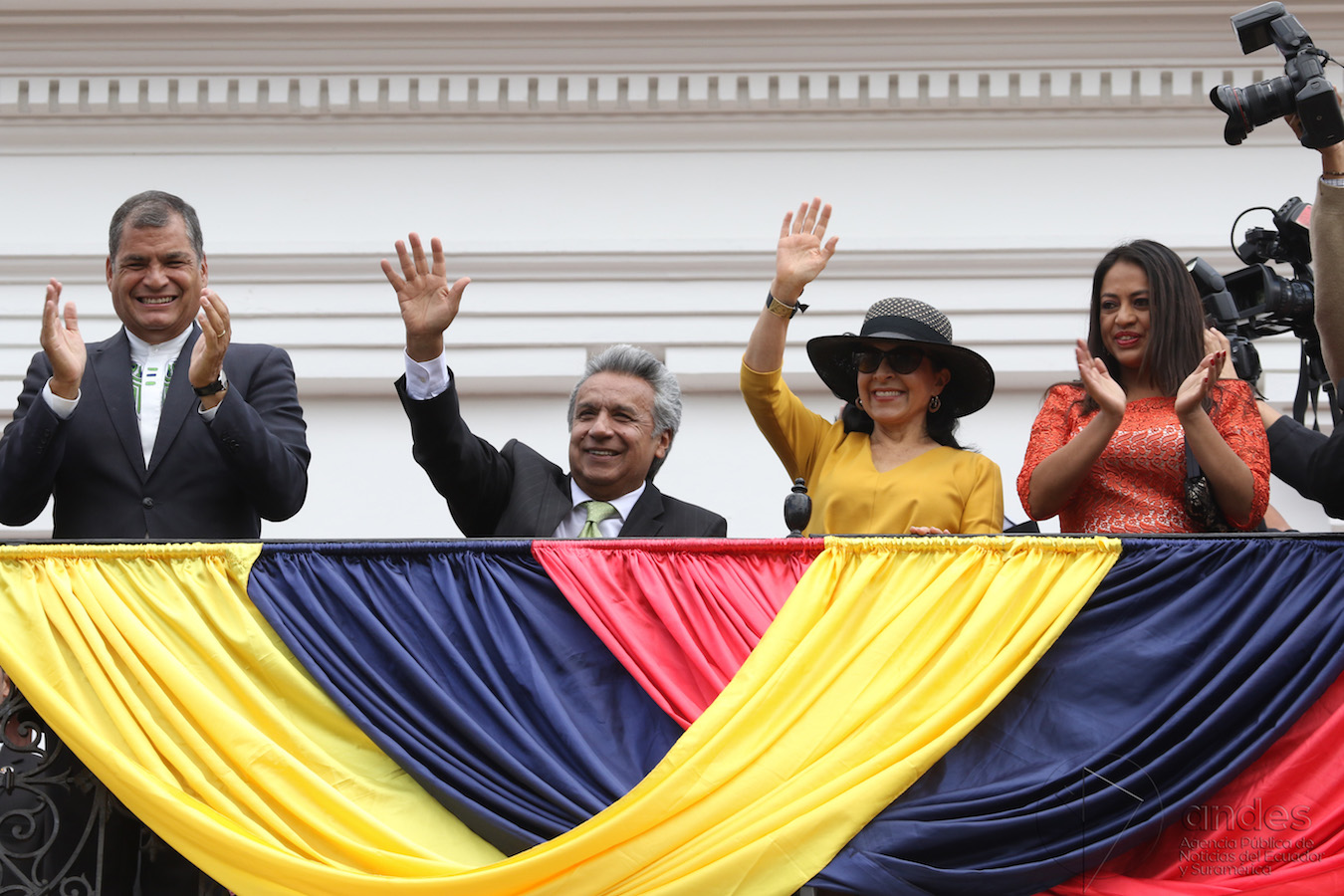 One might suggest that Taiwanese society is uninterested in the politics of a small country in South America. This argument, premised upon an economistic logic, treats public discourse as a marketplace of ideas wherein “sellers” of information compete for views, likes, and shares by catering to the desires of ”buyers“ of media content. The lack of coverage is therefore attributed to the characteristics of media consumers. Although economic reductionism of this sort continues to inform public perceptions of how corporate media operates in Taiwan, it is well established that media outlets are irreducible to commercial actors responding to the tastes of targeted audiences. Media outfits are instead socio-political institutions that actively shape the ideological frameworks and content of what is considered newsworthy. Even if one were to accept this rationale for the relative absence of media coverage of the protests, its strength is undermined by the widespread availability of “marketable” images capturing horrific and sensational state violence, including a video of Ecuadorian army trucks plowing into a crowd of protesters.

The protests erupted after Ecuadorian President Lenin Moreno announced cuts to fuel subsidies that had been in place for four decades, in addition to tax and labor law reforms demanded by the International Monetary Fund (IMF). If enforced, the reforms would cut wages for new public sector contracts by 20 percent, require that public sector workers “donate” a day’s worth of wages to the government each month, and reduce vacation days from 30 to 15 days a year. According to Wilma Salgado, the former Minister of Economic Affairs of Ecuador, the Moreno government has been implementing heavy-handed policies since February that have “benefited multinational corporations, the banks, and in general, powerful economic groups at the expense of the middle and working classes, who are being pushed toward poverty and extreme poverty.” These policies include writing off massive amounts of debt for fossil fuel corporations and private banks, while at the same time forcing austerity measures on the backs of the people. Unsurprisingly, the protests encompass a wide swathe of civil society, including indigenous groups, labor unions, students, and women’s rights organizations. The recent escalation of protests followed a 5-day national strike in July joined by “[t]housands of peasants, agricultural workers, Indigenous peoples, Afro-descendant people, healthcare workers, transport workers, small-scale business owners and self-employed workers.”

Given the tremendous stakes involved, it is difficult to sustain the view that the Taiwanese media has ignored the protests in Ecuador because of their irrelevance to Taiwanese society. Instead, a more plausible explanation underscores the primacy of geopolitics. Although relations between the US and China have waxed and waned historically, Taiwan has consistently served as an antithesis to Communist China in the public imagination. During the Cold War, Taiwan was commonly referred to as “Free China” despite being governed under martial law by the authoritarian Kuomintang regime. Since the late 1980s, the discourse has shifted so that Taiwan is now regarded as ‘the only Chinese democracy.’ Regardless of the actual state of social relations in Taiwan, Taiwan has perennially been held up as an exemplar of a society that shares “democratic values” with “Western civilization.” It is, in short, everything that China is not: free, liberal, and peace-loving.

Evoking W.E.B. Du Bois’s “wages of whiteness,” this narrative has proven appealing to large segments of the Taiwanese population. The ruling elite has an interest in promoting this depiction, as it serves to diminish the relative outrage against relations of domination, exploitation, and exclusion. Pointing across the Taiwan Strait, the ruling class can argue that, whatever else, “at least you are not living in China.” This narrative, moreover, has been actively promoted through means such as cultural exchanges, the global reach of US popular culture, the work of government and private organizations, and the enrollment of the Taiwanese ruling elite in US and European universities. The upshot is that there is a strong ideological alignment and identification with the US in the Taiwanese public consciousness. A common refrain is that the ‘international’ community from a Taiwanese perspective refers exclusively to the US and Western Europe as the standard-bearer of progress, development, and civilization.

Whereas the US imperialist state staunchly supports the right-wing Ecuadorian government, it considers China a growing threat to its endless pursuit of global domination. From the perspective of the US war machine, Hong Kong is a key battleground in the struggle against China. It has therefore poured vast resources into cultivating opposition to the Beijing-backed government. In this context, it is important to distinguish between demands for political reforms and demands for regime change. Whereas the former is surely legitimate as a means of political expression, the latter cannot be divorced from the bloodstained history of US and Western intervention. As Cindy Sheehan and Rick Sterling point out, a “partial list” of this sordid history must include the Philippines, Korea, Guatemala, Iran, Cuba, Chile, Vietnam, Angola, Nicaragua, El Salvador, Panama, Lebanon, Somalia, Haiti, Afghanistan, Iraq, Venezuela, Honduras, Libya and Syria. Added to this list, of course, should be US complicity with South Africa’s brutal apartheid regime and Israel’s ruthless “slow-motion genocide” of the Palestinian people. 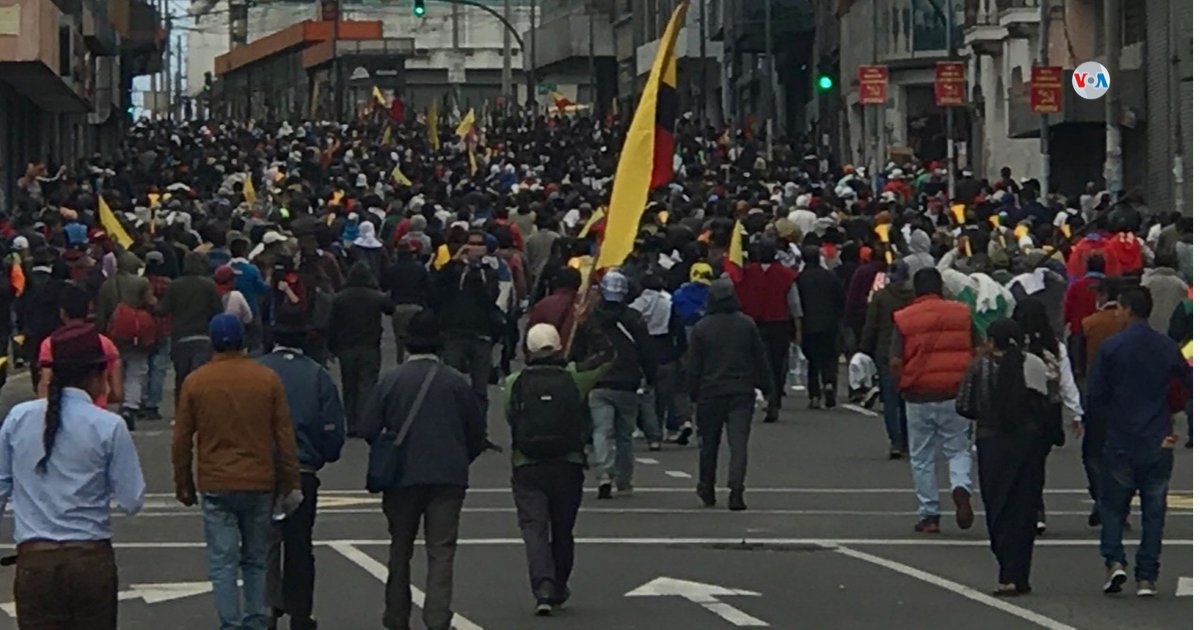 Political commentators have underscored US imperial interests as a cause for the glaring disparity in US media coverage of the unrest in Ecuador and Hong Kong. The silence of the Taiwanese media regarding the anti-austerity protests in Ecuador and the narrative framing of the anti-extradition protests in Hong Kong are instructive of the dominant orientation of public consciousness in Taiwan. The Taiwanese media has published extensively on the protests in Hong Kong. Much of this content has demonized China and portrayed the protesters as freedom fighters against a puppet government subservient to ‘totalitarian’ China. We would do well to remember, when hearing discourses about the ‘totalitarian’ Chinese regime, that it is the US police state that constitutes 5 percent of the world’s population but 25 percent of the world’s prison population, is responsible for the deaths of nearly 7,000 migrants between 1998 and 2016 through increased militarization of the US-Mexican border, and terrorizes communities of color through state-sanctioned murder. Meanwhile, the Taiwanese media has been slow to pick up on the confrontation between a right-wing government backed by the US, and movements in Ecuador rejecting the global ‘race to the bottom’ underwritten by international organizations. This is true also of ongoing protests in Haiti and Chile.

Such narrative accounts demonstrate an unswerving ideological alignment with US imperial interests. Indeed, the Taiwanese state has often been complicit with the US imperialist project, most recently providing material support to the failed coup attempt in Venezuela. Denouncing the unparalleled arrogance of such a perspective, Aimé Césaire once wrote that,

“I make a systematic defense of the societies destroyed by imperialism. They were the fact, they did not pretend to be the idea; despite their faults, they were neither to be hated nor condemned. They were content to be. In them, neither the word failure nor the word avatar had any meaning. They kept hope intact.”

The struggle for freedom and justice in Taiwan must keep hope intact by rejecting false narratives that whitewash ongoing American crimes against humanity.