Black Lives Matter Should Prompt Conversation About Racism in Taiwan, Idealization of America

WITH THE PROTESTS that have taken place in America after the murder of George Floyd by police in Minneapolis, many among the Taiwanese diaspora have been forced to reckon with the apparent racism of some of their elders and peers. Namely, some Taiwanese have actually seen the protests as an attempt by the Chinese government to undermine the US.

This is a view that has been echoed by some politicians in Taiwan. Shinichi Chen, the chair of the Taiwan Statebuilding Party, for example, was someone who took the view that protests after George Floyd’s death were Chinese attempts to undermine the Trump administration. 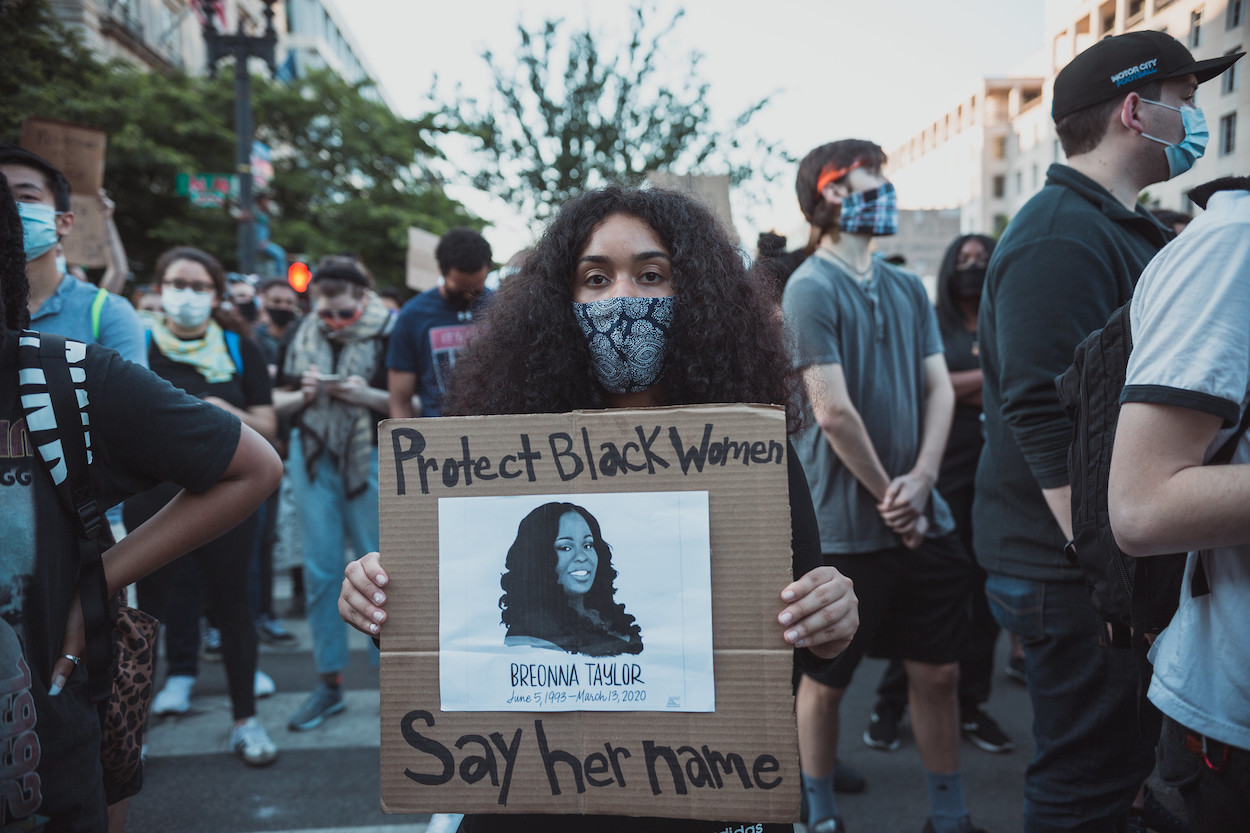 Such accusations are not exclusive to Taiwan. One notes that similar claims that Black Lives Matters (BLM) protests are orchestrated by the Chinese government to harm the Trump administration have also been observed among Hongkongers.

Yet the accusation that China is somehow orchestrating BLM protests in the United States is an ironic one. Similar accusations were leveled by the Chinese government against movements that have sought to oppose it, such as the Sunflower and Umbrella Movements in 2014 or the Anti-ELAB Movement in 2019. These movements in Taiwan and Hong Kong were accused of being the result of American political manipulation.

But what such reactions point to is the idealization of America by much of the Taiwanese diaspora, many members of which have had the economic privilege to have scarcely seen or experienced the realities of America’s discriminatory policing practices against Black Americans and other minority groups.

America has been historically idealized by Taiwanese, a product of the US historically having been Taiwan’s security guarantor from the threat of Chinese invasion. One notes that Taiwanese and Taiwanese Americans have often refused to look critically at the United States, sometimes extrapolating that American actions benefit Taiwan when a deeper look would suggest otherwise. For example, the TAIPEI Act, which was signed into law earlier this year, was primarily seen as an indicator of a stronger stance by the US in support of Taiwan. The TAIPEI Act authorizes the US to take actions against countries that break relations with Taiwan.

Yet apart from the fact that the US did not consider diplomatically recognizing Taiwan itself, instead suggesting that it might seek to punish other countries that stop diplomatically recognizing Taiwan, one notes that the actions of the Trump administration in past months have left Taiwan in a diplomatic lurch. The Trump administration decided to withdraw from the World Health Organization (WHO) last month, frustrating years of efforts by Taiwan to enter the organization. This took place immediately after a campaign by the US diplomatic missions to call for Taiwan’s inclusion in the WHO, illustrating a sudden and unpredicted change of course. 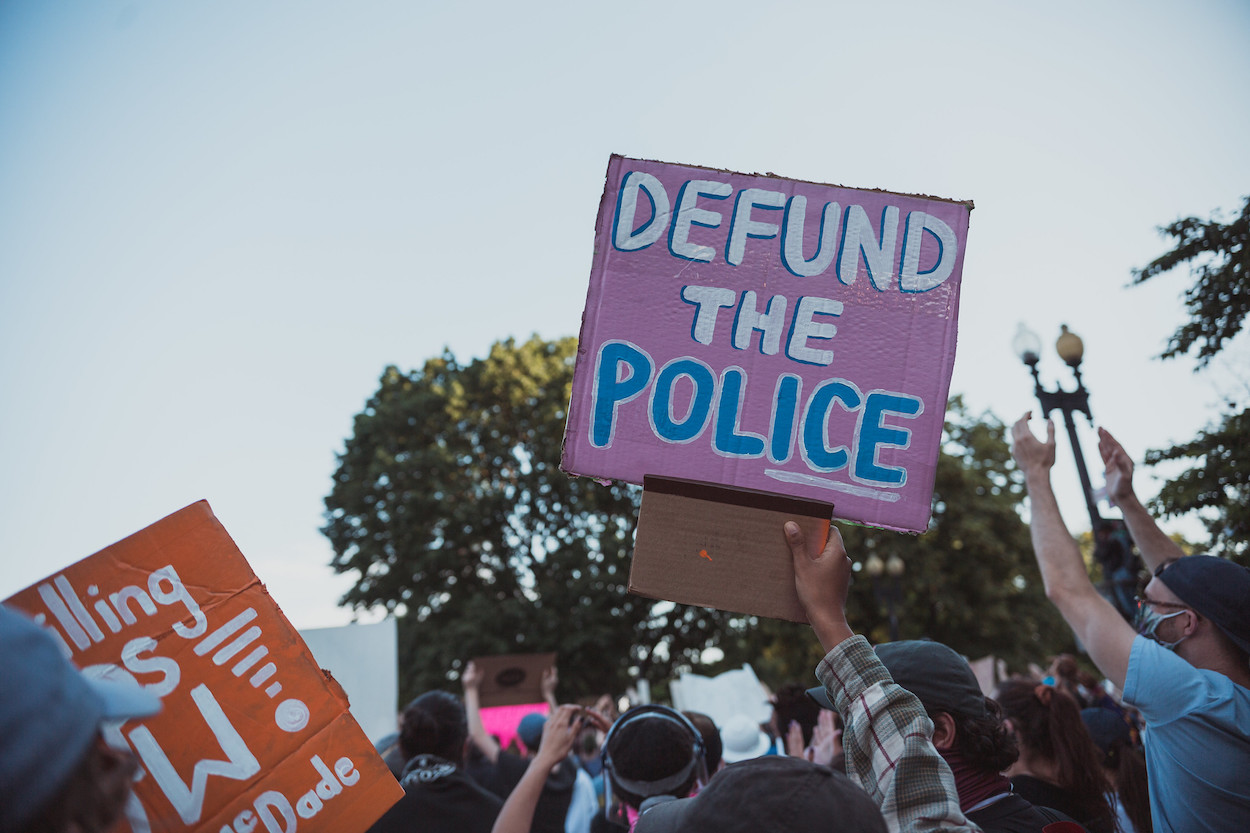 The Trump administration’s actions are emblematic of America’s treatment of Taiwan over the past half-century. It is America which is responsible for Taiwan’s diplomatic isolation, seeing as America decided to diplomatically recognize the People’s Republic of China over the Republic of China in 1979, and to leave it “strategically ambiguous” as to whether America would defend Taiwan in the case of Chinese invasion.

That being said, many in Taiwan that do in fact continue to cling to the view that the actions of the Trump administration only aim to benefit Taiwan. As reactions to BLM protests illustrate, these are individuals whose idealization of the US is to such levels that anything which reflects badly on the US is seen as a Chinese plot against it.

The present, then, is a time to confront the historical idealization of America in Taiwan, which will include confronting how many turned a blind eye to racism in America. And the present is also a time in which Taiwan should confront its own issues with racism.

To date, the Tsai administration has not made any statements regarding the protests, likely hoping to avoid antagonizing the Trump administration. But in response to accusations by WHO director-general Tedros Adhanom Ghebreyesus that Taiwan was engaged in a “racist” campaign against him, it is worth noting Ministry of Foreign Affairs spokesperson Joanne Ou attempted to claim that there was no racism whatsoever in Taiwan. Ou claimed that, “The concept of racism does not exist in Taiwan. We do not have a problem of racism.”

This is hardly true, as seen in numerous incidents involving police violence or arrests of migrant workers or indigenous in past years. Taiwanese police have been quicker to use deadly force in the case of migrant worker arrests, as observed in the 2017 shooting death of Nguyen Quoc Phi, than during other arrests. Likewise, protests by indigenous activists see a disproportionately large police presence compared to protests by Han Taiwanese.

Anti-black racism is everywhere, including Taiwan. This is the time to examine ourselves, our own discrimination against darker skinned people, whether SE Asian, African, diaspora, or Polynesian indigenous. #BlackIsBeautiful #BlackLivesMatter

As Presidential Office spokesperson Kolas Yotaka, who is indigenous, stated on Twitter: “Anti-black racism is everywhere, including Taiwan. This is the time to examine ourselves, our own discrimination against darker skinned people, whether SE Asian, African, diaspora, or Polynesian indigenous.” Among those to face racial discrimination because of their darker skin in Taiwan are Taiwanese indigenous, southeast Asian migrants, and others.

Because of the fact that Taiwan’s Han majority far outnumbers other ethnic groups in Taiwan, there has failed to be any substantial conversation in Taiwan regarding racial discrimination or attitudes of anti-blackness in Taiwan. Yet this is a conversation that is vitally necessary in the present. It proves an unfortunate fact that the protests in the United States have not provoked this conversation in Taiwan, with conspiratorial accusations made against the protests instead.

Pushing for such conversations to happen, then, will require those with an understanding of the current protests in the US after the death of George Floyd working with local groups in order to provoke discussion. It is further necessary that this conversation does not just take place among western expats in Taiwan, as it very well could. But how this is to be done remains to be seen.