A COMMEMORATION of leftist Taiwanese independence activist Su Beng’s life took place today, involving a march that began at the main gate of National Taiwan University (NTU) and a festival that took on Ketagalan Boulevard, in front of the Presidential Office Building.

Su Beng, who passed away last month at age one hundred, was a Marxist political activist and one of the seminal figures in the history of the Taiwanese independence movement. Su, who was born during the Japanese colonial period, worked with the Chinese Communist Party during the first half of the 20th century in China as an undercover agent before later breaking with them over political disagreements. 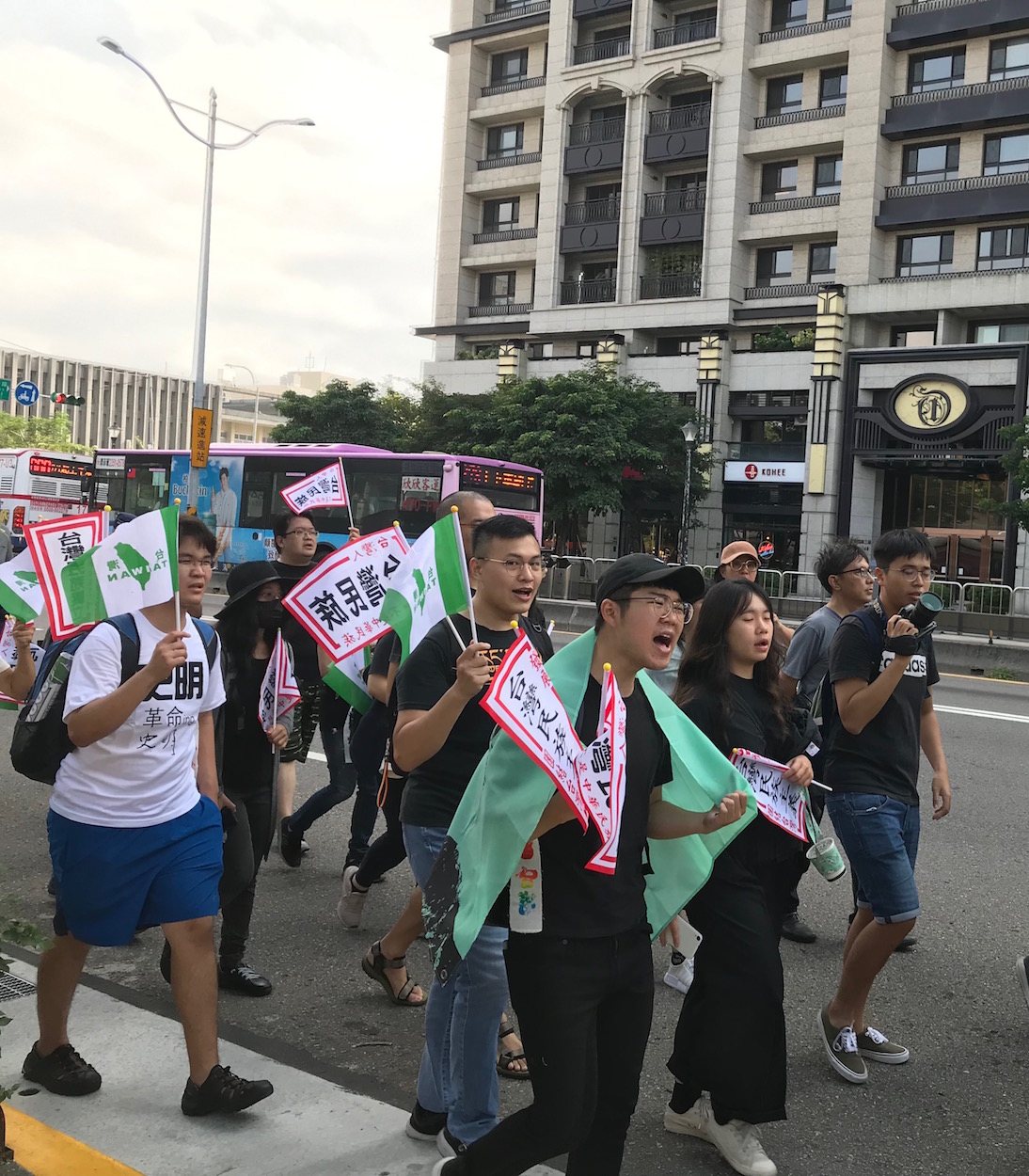 After returning to Taiwan, Su later fled to Japan after his plot to assassinate Chiang Kai-shek was discovered. During his many years of exile in Japan, in the course of which Su opened a highly successful noodle shop to fund his political activities, Su trained a number of Taiwanese independence activists and wrote his magnum opus, Taiwan’s Four Hundred Year History (台灣四百年歷史). Su Beng was the pseudonym under which Taiwan’s Four Hundred Year History was published, Su’s real name being Shih Chao-hui.

The NTU march involved several hundred participants, beginning from NTU, proceeding west past Guting, the Chiang Kai-shek Memorial, and then toward Ketagalan Boulevard. During the march, speaker trucks blared Taiwanese songs, Su having organized a contingent of speaker trucks that blared political slogans driving through Taiwanese city streets while alive. A troupe from Beitou played drums and performed lion dances, while protestors chanted “Taiwanese independence forever!” (台灣獨立萬歲) as the main slogan of the march. 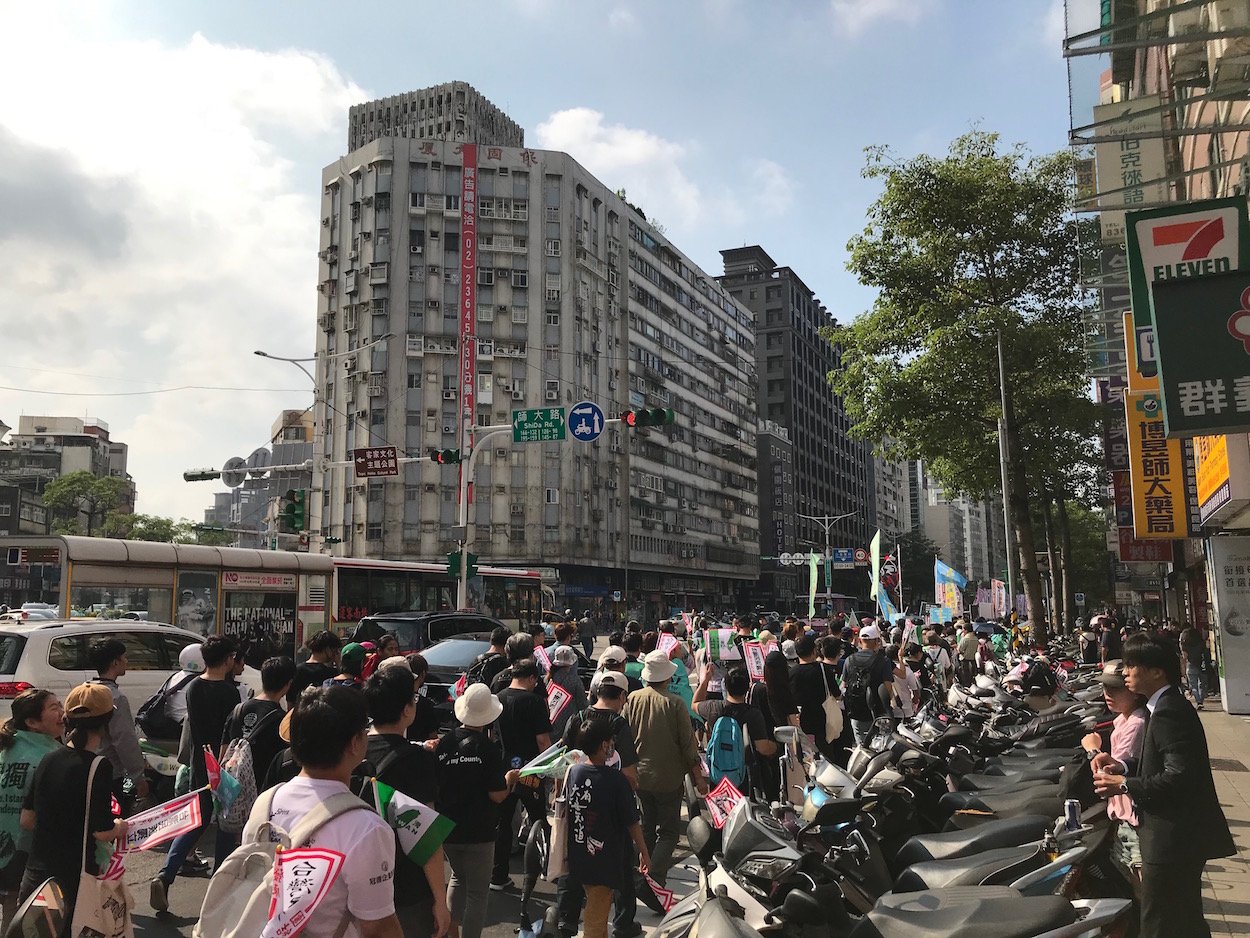 Activist clothing brand Radicalization Studio sold t-shirts and tote bags from a stall and activist comedian Indie DaDee also sold protest-themed clothing in another stall. Mizo Games, which produces Taiwanese history-themed board games, set up a stall to sell their board games Raid on Tohoku and Raid on Takao, and independent publisher SMC Publishing set up a stall to sell books. A small exhibition regarding Su’s life was set up in the center of the event, detailing Su’s life history and his intellectual work. A number of protest signs at the event referred to current events in Hong Kong. 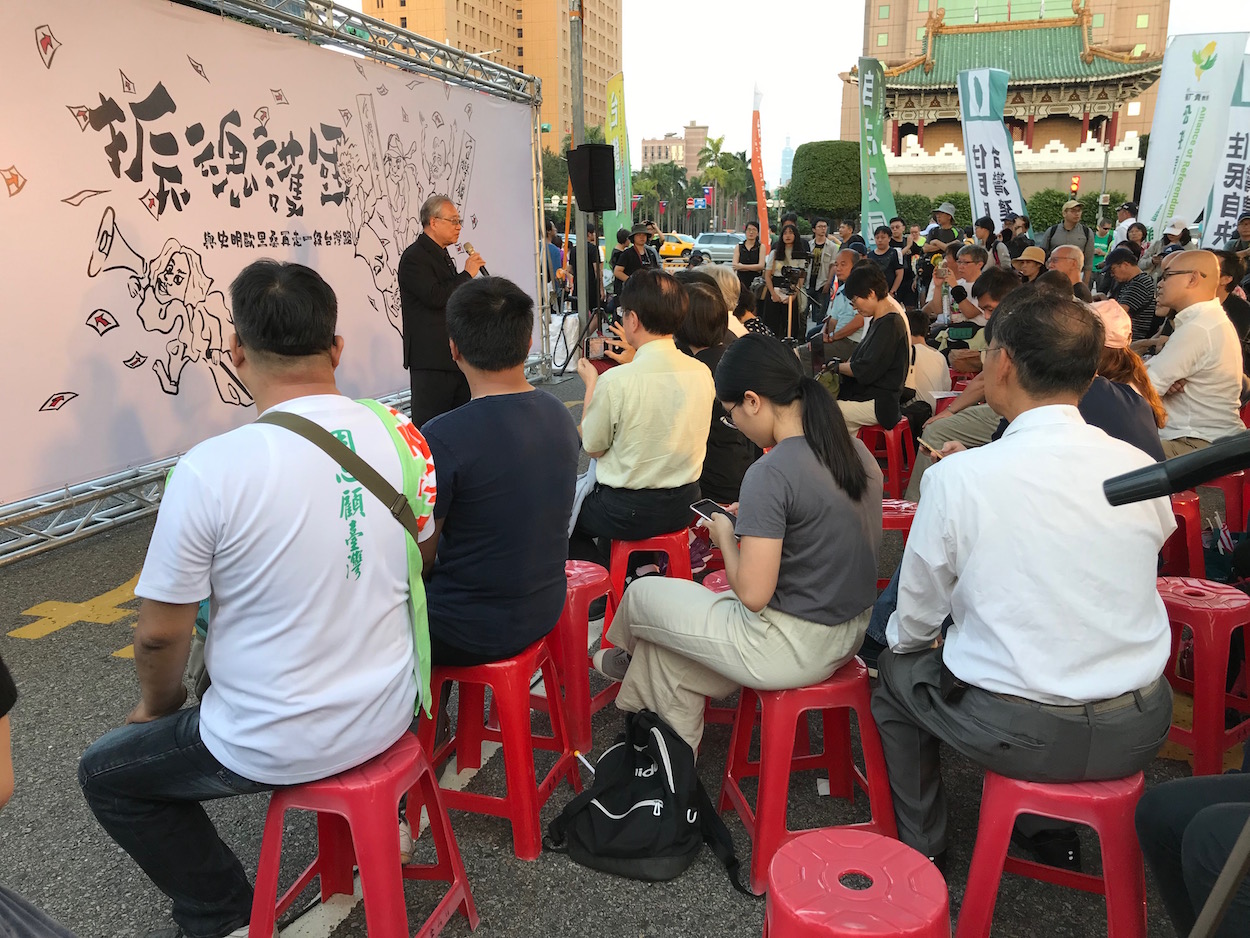 Near the end of the event, President Tsai Ing-wen also came to pay her respects to Su, giving a speech praising Su’s contributions to Taiwan’s democratization.

Other third parties present included the Taiwan Penghu Party, which advocates for the independence of Taiwan and Penghu but not necessarily Mazu and Kinmen, and Chen Shui-bian’s Taiwan Action Party Alliance—perhaps a somewhat awkward presence given the party’s criticisms of Tsai and Su’s endorsement of Tsai before his death. Though not present at the event, some distance away, the Formosa Alliance, which is running Annette Lu against Tsai, had set up a tent outside the Legislative Yuan. 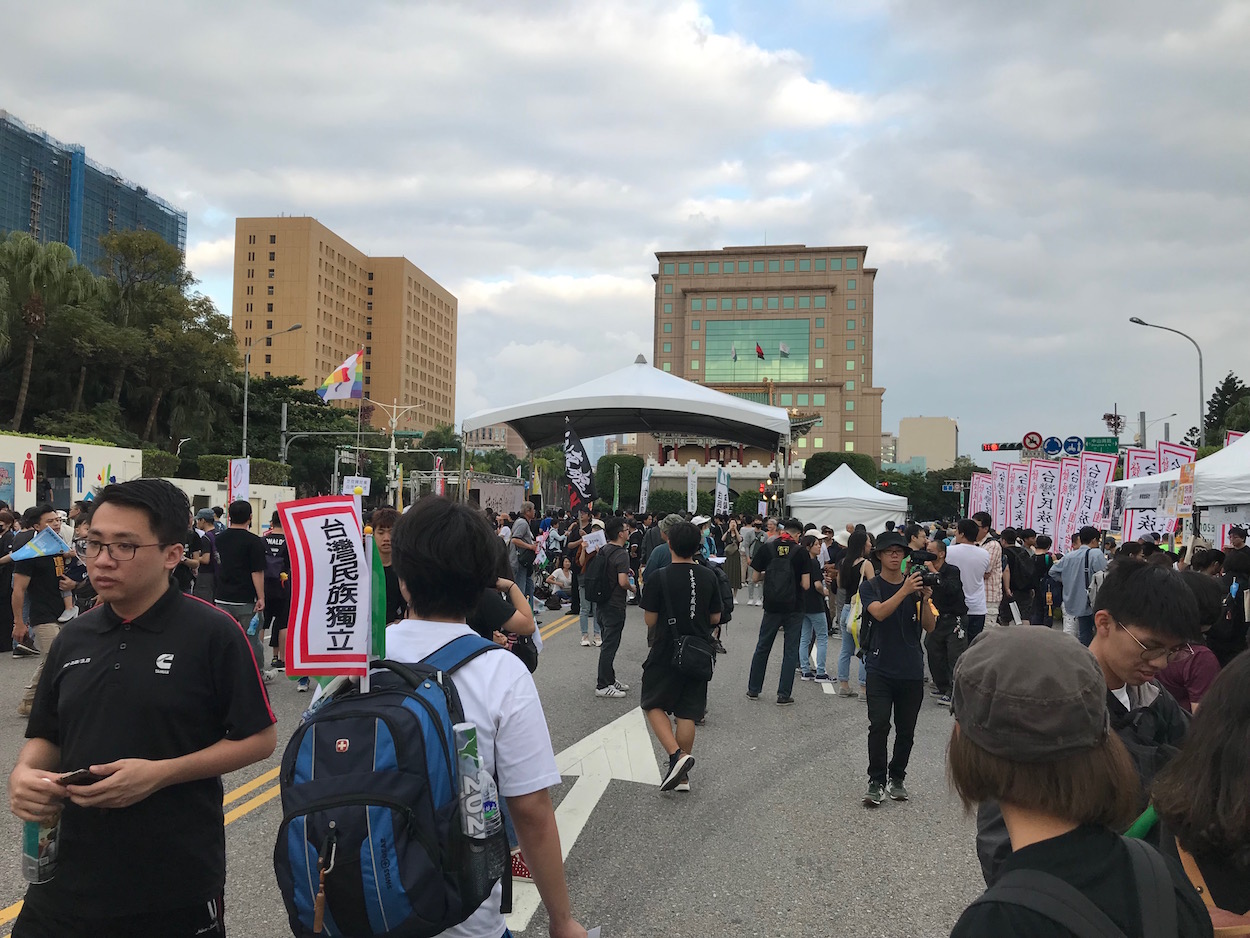 Speakers at the event included scholar Wu Rwei-ren, who discussed Su’s political trajectory in the context of shifts in global leftism across the 20th and 21st centuries and drew connections between Su’s work and current events in Hong Kong, and Na Su-phok, who discussed his experience meeting Su as a student after Su’s return to Taiwan, when Su was a lesser-known figure, and his experiences chronicling Su’s life in the form of oral history.

The memorial for Su served as a gathering for Taiwanese civil society in the lead-up to 2020 elections, today marking the 90th day before elections are to take place in January 2020. The event also brought out a wide swath of pro-independence groups, despite their ideological disagreements, and one notes that the event drew a range of both younger and older participants. In the face of a possibly resurgent KMT, it is to be seen whether the pan-Green camp will be so united going into 2020 elections, however.