Interview: The Soil and The Seeds

語言:
English
Photo credit: The Soil and the Seeds/Facebook

Brian Hioe:  Can you first introduce yourself for readers who might not know you? How would you briefly introduce The Soil and The Seeds?

Cédric Jouarie:  My name is Cédric Jouarie, also known as Chou Ya-Li, I’m a French director and I’ve been living and working in Taiwan since 2012. I moved here to marry my wife, Dan Kee Chuang.

I’ve been directing (and my wife producing) short films and experimental documentaries since I got here. In 2018, we made the feature film The Very Last Day, a revenge thriller. The film has been selected in over 20 festivals around the world, but we still haven’t been able to find a distributor in Taiwan.

BH:  Can you briefly introduce the team members for The Soil and The Seeds?

CJ:  In front of the camera, we have our main protagonists, the five teenagers whose parents are in jail. There’s also the stage play director, Fangyi Zhu, the social worker, Chihan Lee, and the adult co-stars in the play: Dabao, Mayo, and Aniao––the latter two have been the kids’ teachers at “drama summer camp” for the last 4 years. In front of the camera as well, we can discover the crew of the stage play.

Behind the camera, there’s me: I’ve been following the teenagers with my camera for over 8 weeks, from the very early rehearsals to the four shows of the play at Nattou Theater in mid-August. I’m also working with my wife, who’s always my producer, and with Minmin, our production coordinator.

In order to properly capture the shows at Nattou Theater, I worked with three cameramen and one sound recordist. They are all talented professionals and longtime friends and collaborators: Zed Wang, Howard Liu, Tzu-Chiang Chen, and Mike Liang.

BH:  How did The Soil and The Seeds start as a project? Why did you think that this play was worth documenting?

CJ:  In the past, stage play director Fangyi Zhu had asked us to shoot pictures and videos of her productions on many occasions, so she naturally asked us to do the same with “I Was Once A Child.” But when she presented us the specifics of this project along with Chihan, Dan and I immediately decided to make it into a feature-length documentary about the whole thing.

We believe this is worth documenting because these kids aren’t guilty of anything and yet they still have to pay for the mistake of their parents: Dan and I feel this is extremely unfair and by documenting this play, we got to shine a light of their situation and the courage it takes to overcome it. But at the same time, we didn’t want to make something dark or that would leave the audience feeling bad or guilty in any way. This is why the documentary focuses more on the positive and the creation of that play. 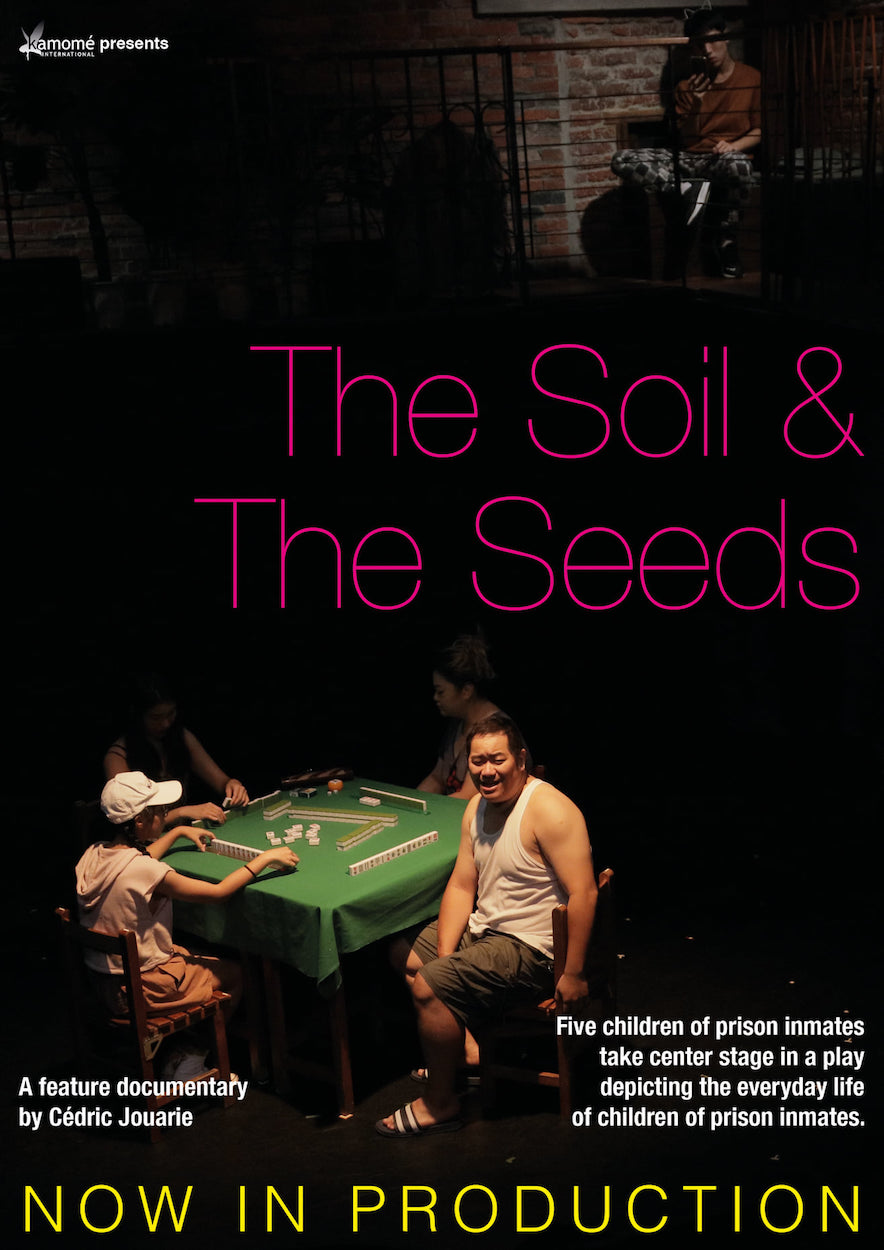 Photo credit: The Soil and the Seeds/Facebook

BH:  What do you hope to accomplish through making a documentary on the children of prisoners? Do you think that this could perhaps change the situation of these children?

CJ:  We’re not going to change anything effectively in terms of the life of these children: I mean, their parents are still in prison and they still have to overcome the hardships of life either by themselves or, when they’re lucky, with the support of their grandparents.

What we hope to change however is the way that society at large looks at them: they’re not troubled kids, they’re not bad seeds. But when you’ve been put down your whole life, you tend to act the way people expect you to. So, with this documentary, we want to show that these kids can achieve things; beautiful, creative, difficult things. And in the process, they’ve grown a lot in the right direction, and we hope the people’s perception of them will also grow into a brighter place.

BH:  What is the current stage of progress on the film? What have challenges been filming so far and how have you sought to overcome them?

CJ:  Right now, we’re pretty much done with 80% of the shoot. We still need to try to show the places where these kids live (their homes), but this is not easy to access, and we don’t want to intrude either. We also want to film interviews of all involved in order to have insight into how they feel about the whole thing, the ups and downs of putting a stage play together, the hardships related to their respective family situations, etc.

Before I started shooting, I was a bit worried that the kids and other actors would feel a bit awkward with me shooting them constantly with my camera, especially in times of fragility or during times of conflict, but they completely accepted my presence. Never once have they asked me to stop shooting for whatever reason, and I’m very grateful to them for this.

BH:  What have responses been like so far, with regards to the crowdfunding campaign?

CJ:  It’s funny because when we talk to people about this documentary, the only reaction is that this is a very interesting subject and that people are looking forward to seeing the documentary finished. But on the other hand, the crowdfunding campaign is extremely difficult with very little people actually stepping up to help making it happen.

It’s sad but at the same time I feel this is precisely the subject of the documentary all over again: no one seems to really care about these kids and trying to change the way society looks at them is on nobody’s priority list. But no matter what the outcome of the crowdfunding campaign is, the whole production team is dedicated to making this film happen, so we will bring the story of these kids’ courage and determination to the world no matter what! 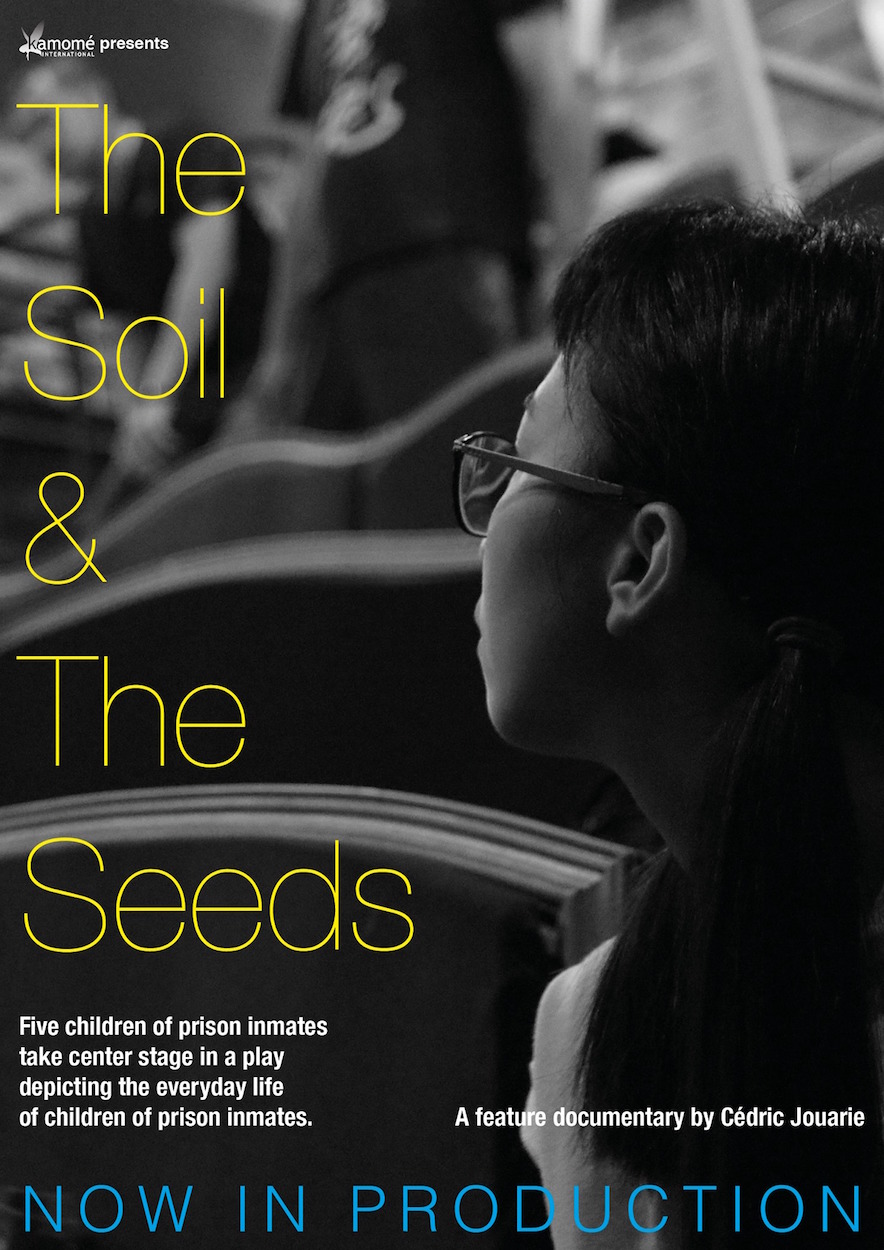 Photo credit: The Soil and the Seeds/Facebook

BH:  Is there anything you would like to say to readers, both Taiwanese and international?

CJ:  We live in difficult times, it’s sometimes easier to bury ourselves in numb indifference, or in the so-called social media which can isolate more than it binds people together. So, what I want to say is put down your cell phones, walk away from your computer screen, lift up your heads, look around you, and smile; there is much beauty to be seen only if you try to find it.