TAIWANESE FRUIT and bubble tea chain Yifang Fruit Tea provoked ire earlier this week after its WeChat and Weibo account posted a message condemning the current demonstrations in Hong Kong, labeling them as “violent”, and emphasizing support for “One Country, Two Systems”. However, with it since coming to light that no less than ten Taiwanese beverage stores—seemingly representing a majority of beverage stores in Taiwan—have expressed support for “One Country, Two Systems” or the 1992 Consensus, this has expanded into general calls for boycotts of Taiwanese beverage chains. 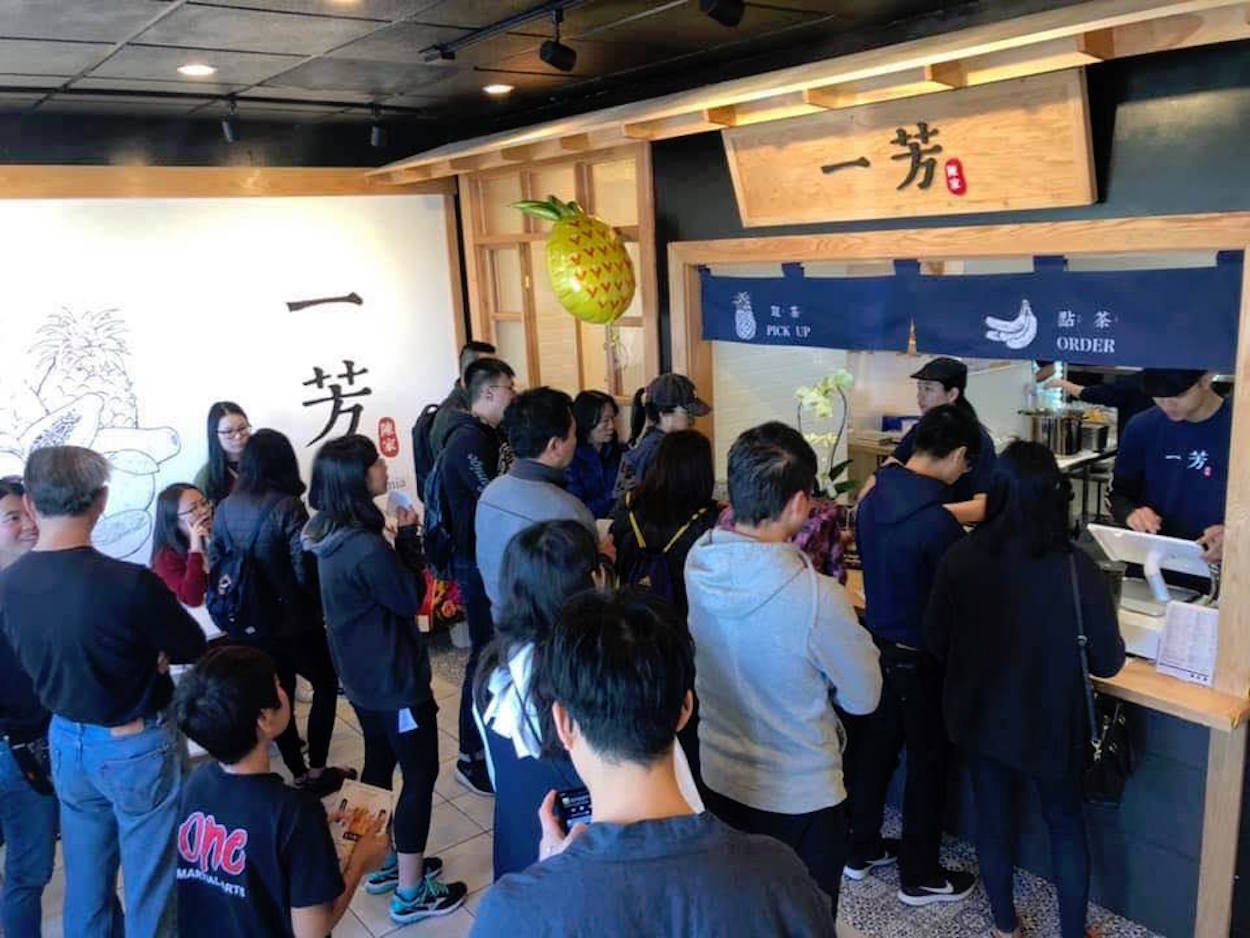 The message posted by Yifang’s WeChat and Weibo accounts earlier this week stated that the chain would terminate the franchising contract of any store that had participated in the general strike that took place in Hong Kong on Monday. The post seems to have been made after an image of Yifang franchisee in Hong Kong that participated in the general strike came to the notice of Chinese netizens because the store posted a sign that said “Stand together with Hong Kongers” in front of the store.

This led from Chinese netizens to boycott not only Yifang, but also other Taiwanese bubble tea brands including A Little Tea, CoCo, Gong Cha, and HeyTea. HeyTea similarly faced backlash because a franchise store in Sha Tin also joined the general strike and a sign reading “Oppose the Extradition Bill” was photographed on the store’s door, leading HeyTea corporate management to later issue a disavowal of the image, with the claim that the image was doctored.

Yifang is a Taiwanese chain and it emphasizes that it uses ingredients sourced and produced in Taiwan. Nevertheless, as with many other ostensibly Taiwanese chains, the largest number of Yifang locations is actually in China. Yifang operates 179 stores in Taiwan, 29 stores in Hong Kong, and over 1,000 in China. But as with other Taiwanese companies operating in China, Yifang faces pressure to comply with China’s views that Taiwan is part of China.

This has previously led to controversy with other Taiwanese chains. Bakery chain 85°C issued a public statement that it upholds the 1992 Consensus and sees Taiwan and China as part of the same family after Taiwanese president Tsai Ing-wen visited an 85°C location in Los Angeles during a stopover in the United States in August 2018. Controversy also ensued after international award-winning Taiwanese baker Wu Pao Chun publicly claimed to be Chinese, seeing as the bakery chain he owns was seeking to expand into the Chinese market, despite Wu’s baking achievements having previously been touted as a symbol of national pride. 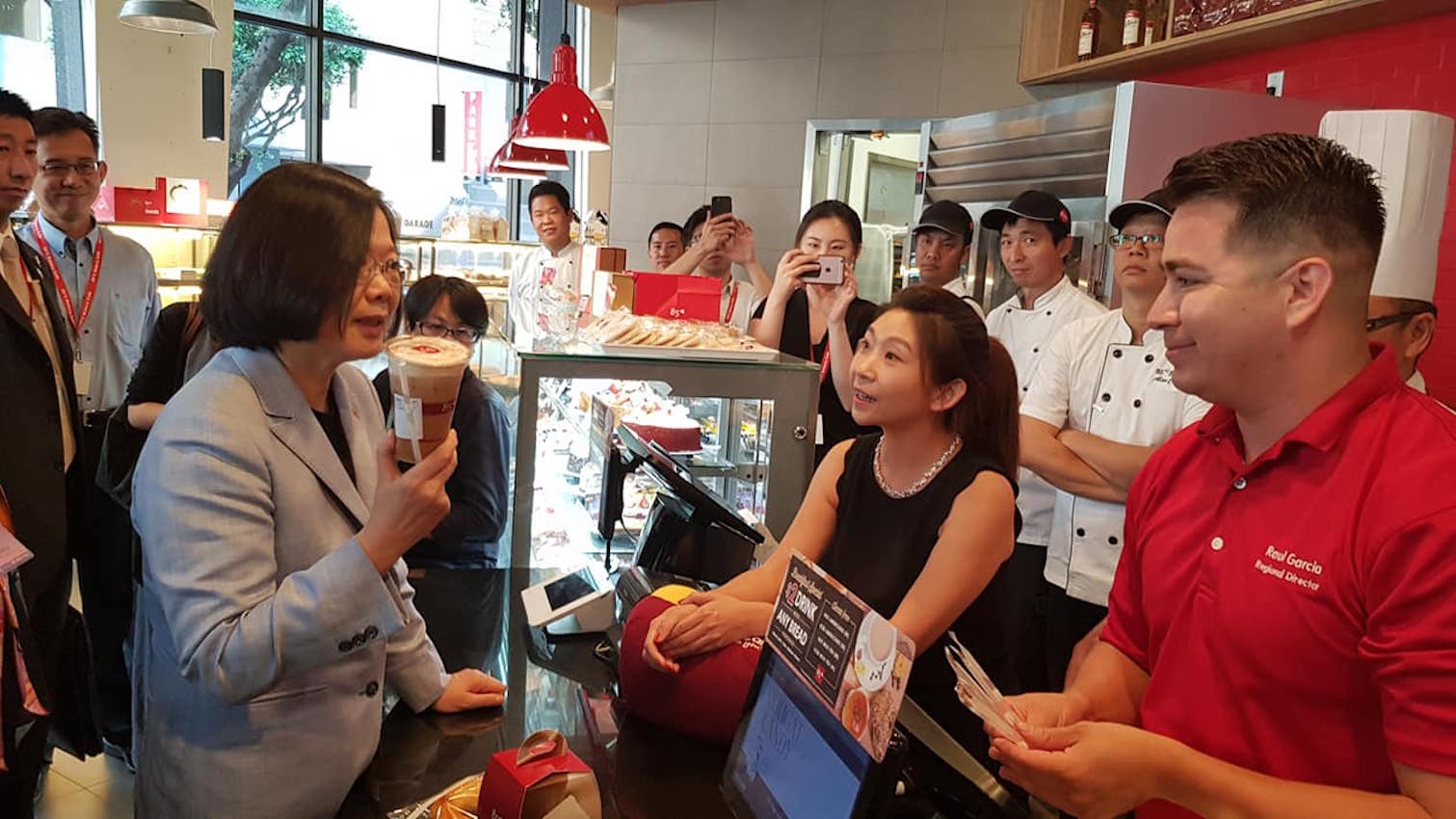 However, perhaps it is the case that Taiwanese companies with locations in Hong Kong face pressure to comply with China’s political views on not only Taiwan but also Hong Kong. The Hong Kong franchises of companies that pulled advertisements from pro-Beijing television network TVB, such as Japanese sports drink brand Pocari Sweat and American fast-food chain Pizza Hut, have also faced Chinese pressure and calls for boycotts from nationalistic Chinese netizens.

Online backlash against Yifang proved immediate, not only in Taiwan but also in Hong Kong, with thousands of netizens criticizing Yifang for complying with Chinese political pressure in spite of that it otherwise emphasizing Taiwanese identity as part of its corporate brand.

Taiwanese politicians including president Tsai Ing-wen of the DPP, independent Taipei mayor Ko Wen-je, and former New Taipei mayor Eric Chu of the KMT, were called on to comment on Yiffang’s actions, with Tsai suggesting that bubble tea and politics should not mix, Chu stating that the incident reiterated why Taiwan should not accept One Country, Two Systems, and Ko denying knowledge of the matter. Hung Tzu-yung of the NPP was also critical of the chains’ actions in a statement released on Facebook. Several of Yifang’s Taiwan-based locations, including three locations in Taipei, one location in Hsinchu, and three locations in Kaohsiung, also criticized the actions of the company’s management. 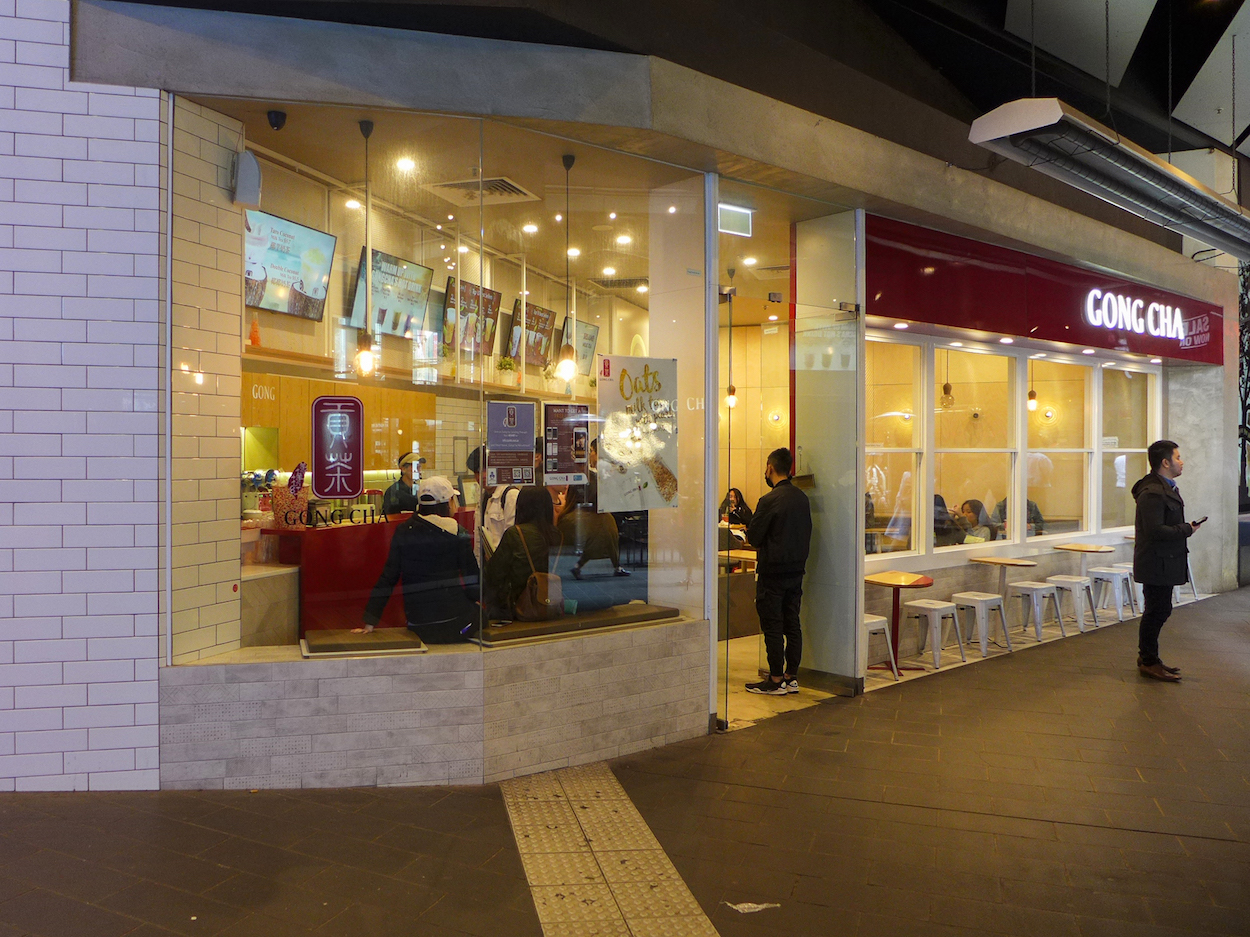 However, the controversy began to rapidly expand earlier after it came to light in the past few days that it was not simply Yifang which has endorsed “One Country, Two Systems,” or the 1992 Consensus, referred to Taiwan as “Taiwan, China”, or otherwise suggested that Taiwan is a part of China.

As unearthed by netizens, it is now known that ten Taiwanese beverage chains have made such claims about the relation of Taiwan and China, including Yifang, Gong Cha, DaYungs, 85°C, the alley, Chatime, MeetFresh, Tigersugar, Milkshop, 50Lan, and OneZo. Not all of these chain stores are actually Taiwanese-owned, but outrage has exploded out into the open with many questioning how exactly what appears to be a majority of Taiwanese beverage chains have been co-opted into taking the view that Taiwan is part of China overnight.

Many of these statements were made on Chinese social media platforms such as WeChat or Weibo, probably with the expectation that Taiwanese consumers would not notice. Indeed, fanning of outrage has been that Taiwanese beverage stores are seen as a unique aspect of Taiwanese food culture by many, inclusive of bubble tea stores. Bubble tea, a Taiwanese invention, is sometimes referred to as Taiwan’s national drink. On the other hand, some of these chains have denied making such statements, claiming that this is disinformation.

Calls are on the rise have begun to boycott chains that refer to Taiwan as part of China and, as with the preceding Yifang controversy, and politicians will likely also respond as controversy months in the coming days. It is unknown as to whether these boycotts will be successful or, whether, as with preceding consumer boycotts against food companies in Taiwan—such as companies using adulterated cooking oil—these will largely be unsuccessful.