A RECENT CEREMONY held by Kaohsiung mayor Han Kuo-yu to commemorate what was claimed to be the opening of a new maritime route connecting Taiwan and China as part of the “small three links” has come under censure. Namely, the new route, which runs from Wenzhou and Cijin district in Kaohsiung, is not actually a part of what is commonly referred to as “small three links” and it may involve fraudulent entities which, at best, could be scams and, at worst, may be United Front entities propped up by China. 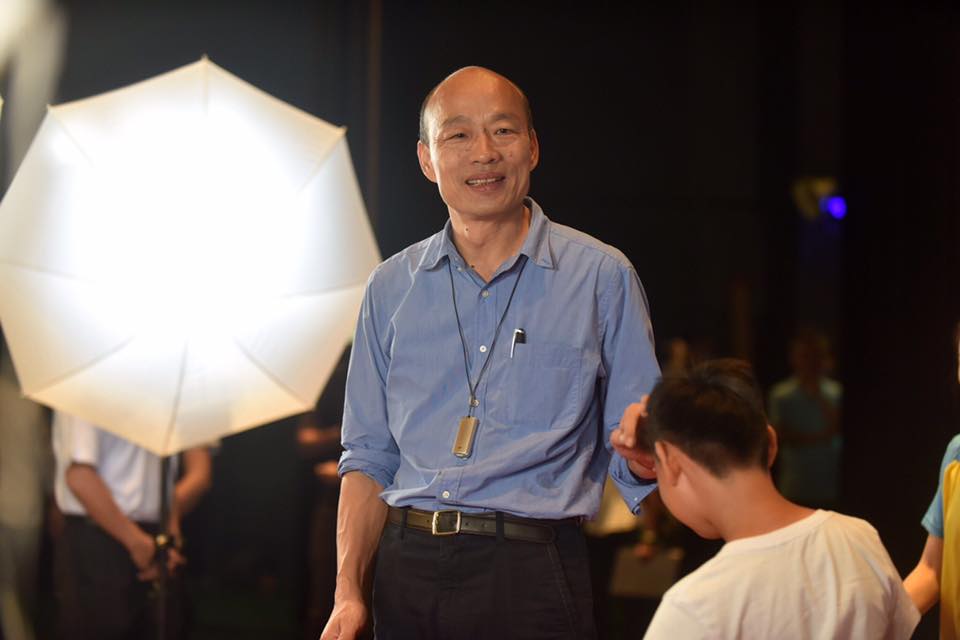 The “small three links” continues to be a major transportation route, seeing 190,000 visitors in September of 2018, an increase of 45,000 from 2017. It is notable that this increase took place under the Tsai administration, contrary to the narrative asserted by China that Chinese tourism to China has had an overall decline since the Tsai administration took office⁠—because of intermittent Chinese bans on tour groups visiting Taiwan in 2018 as part of attempts to economically punish Taiwan for refusing to acknowledge the 1992 Consensus. Indeed, Chinese tourism was actually up in 2018 compared to 2017 as a result of a rise in individual tourist numbers.

It may not be surprising that Han Kuo-yu would try and capitalize on the notion of a trade route between Kaohsiung and China, in line with general promises by Han to bring economic prosperity to Kaohsiung and Taiwan as a whole through closer economic ties with China. Han has capitalized on nostalgia for the Ma period in terms of slogans and appeals to nostalgia for an imagined economically prosperous past. In some cases, Han has directly adopted Ma era political stratagems aimed at facilitating closer economic and political relations with China, such as signing trade agreements with China or advocating the establishment of free economic zones to attract Chinese investment⁠—things that China was happy to give him, as a means of propping Han up as their proxy in Taiwan. 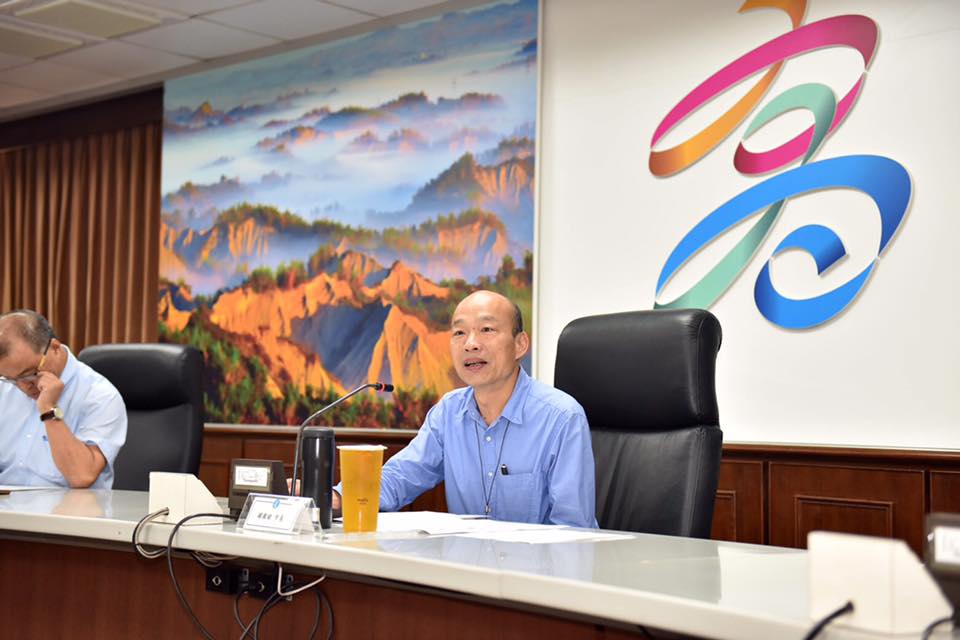 And so it may not be surprising that Han might similarly take up the notion of expanding maritime transportation, trade, or postal routes with China in the manner of the Ma administration before it. Yet this new maritime route announced between Kaohsiung and Wenzhou, a city in China’s Zhejiang province, cannot by definition be part of the “three small links” since the term specifically refers to trade routes between outlying islands of Taiwan and China. Han would simply be attempting to try and appeal to nostalgia for the Ma period by falsely referring to the route as part of the “small three links”.

But though Han was initially criticized for attempting to claim that this trade route was part of the “small three links”, it has emerged that the Shang Ho Marine Transport (上和海運) that was supposed to be launching the route and which claimed to have conducted the first voyage of the route, had its company registration suspended in June. The route was also not authorized by the Ministry of Transportation and Communications, which would make the route an illegal one.

To this extent, the event was co-organized with an organization called the China Dream Promotion Association (中國夢促進會), which was commercially registered in 2015 after applying in 2014. However, the organization has held no public activities since then and the term limit of its chair and directors should have expired in May of this year.

Moreover, the name “China Dream Promotion Association” would suggest that the overall aims of the organization are to promote Chinese president Xi Jinping’s vision of a “Chinese dream” of strengthening China politically and economically. Unsurprisingly, past news reports on the organization state that the aim of the organization is to build ties between Taiwan and Wenzhou to stimulate cross-strait development and “to bring both sides of the Taiwan Straits closer,” particularly through attracting young people to start up businesses. It is also suggested that Wenzhou and Taiwan is a good location for developing closer cross-strait ties because “the language is similar to Taiwan, the geography close, the people close, and their blood mixed with each other, the two sides have a long history of exchanges.” (居民語言與台灣相通、地緣相近、人緣鄉親、血緣相融，兩地交流交往歷史久遠). 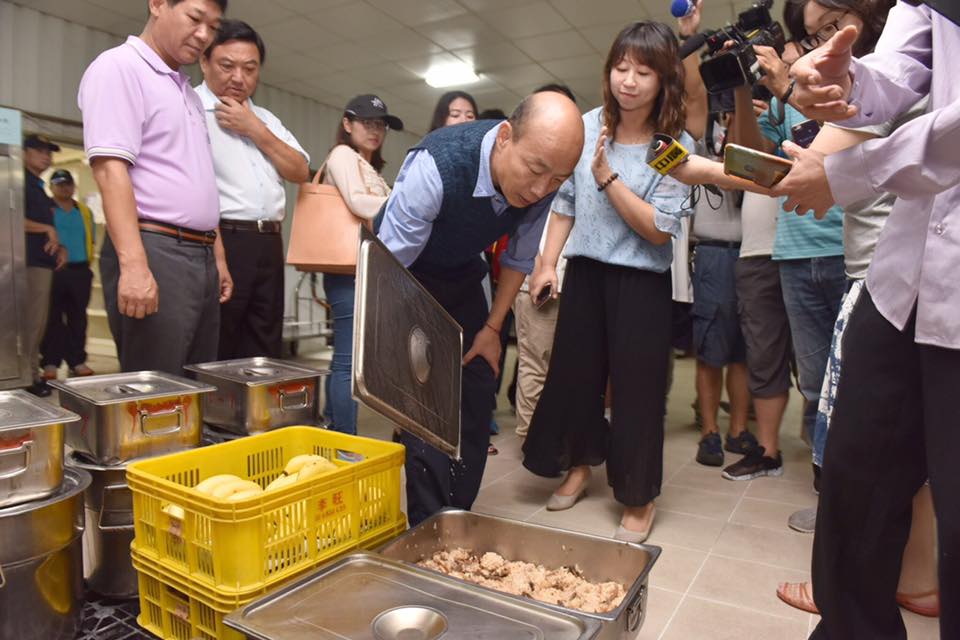 Given such rhetoric and that it may be a shell organization, it would not be too surprising if the China Dream Promotion Association were a United Front organization propped up by the CCP. Indeed, concerns are on the rise that Han Kuo-yu may have been aided by Chinese disinformation efforts in his election campaign and it would not altogether be surprising if Han were implicated in United Front organizations as well. Apart from the new Cijin-Wenzhou maritime trade route, Chinese state-run has previously touted the opening up of trade routes between Kaohsiung and Chinese cities as an achievement of Han’s that will bring economic benefit to Kaohsiung.

The Shang Ho Marine Transport and China Dream Promotion Association are currently under investigation by the Executive Yuan. Even if this does unearth illicit ties, however, it is to be questioned whether these accusations will stick, in the manner that much negative press about Han is simply disregarded by his supporters. This remains to be seen.