Screenings of “Our Youth in Taiwan” Tour America

ON THE EVENING of May 22nd, Our Youth in Taiwan screened inside the Rayburn house building on Capitol Hill in Washington DC. Global Taiwan Institute (GTI), a think tank in Washington DC focused on Taiwan affairs, presented the film alongside director Fu Yue (傅榆) to an audience of Taiwanese and Americans. Opening remarks were given by Taiwan’s Minister of Culture Cheng Li-chun (鄭麗君) and US Congressman Steve Chabot.

In her speech, Minister Cheng called attention to the importance of culture as a powerful tool to exert soft power. At the time of the Sunflower Movement, she was a member of the Legislative Yuan. Speaking in Mandarin, she stated that believes the film shows Taiwan’s status as a beacon of democracy in the Indo-Pacific region. 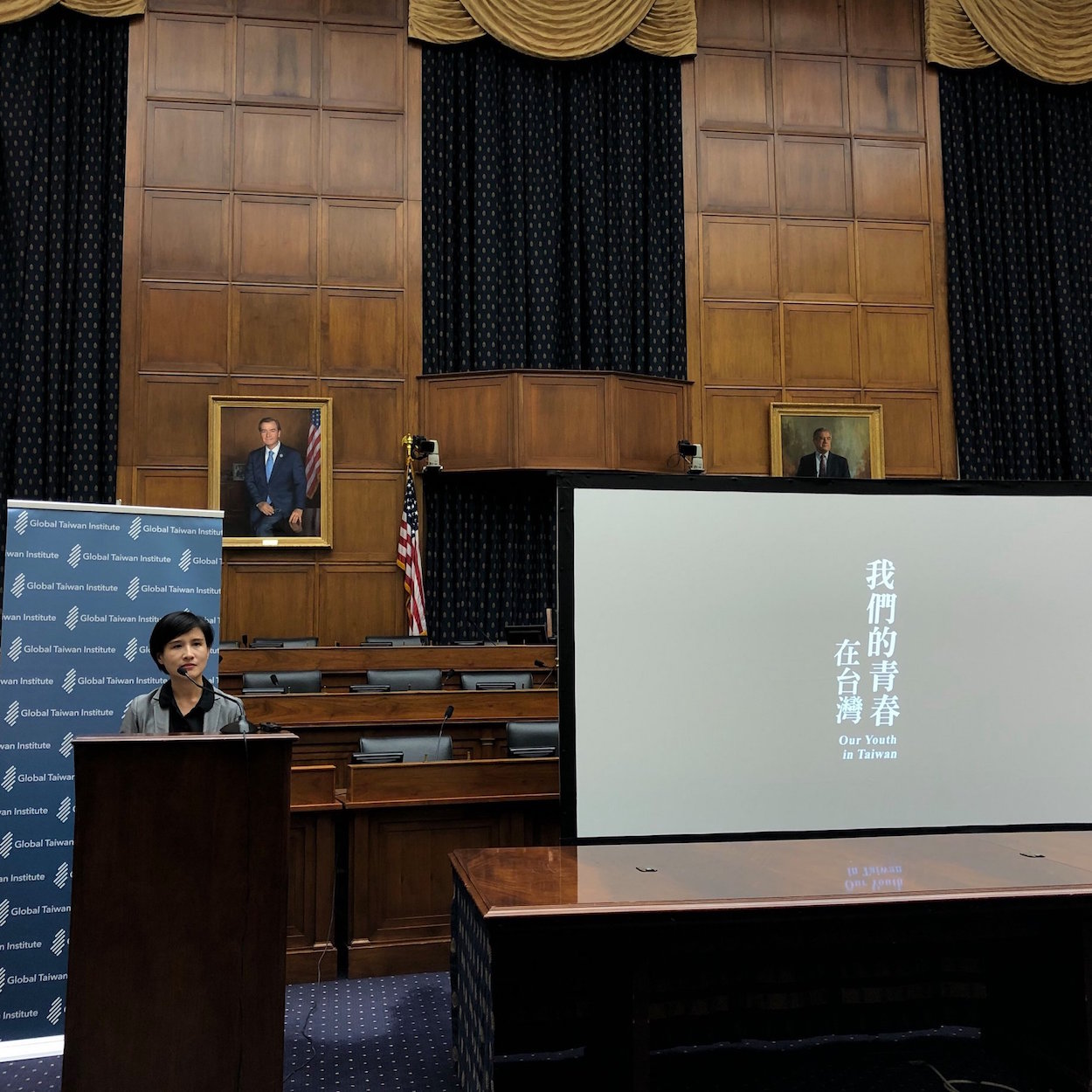 Minister of Culture Cheng Li-chun speaking in the US capitol. Photo credit: Our Youth in Taiwan/Facebook

Director Fu Yue commented on the significance of the Sunflower Movement as the first major student movement in 24 years. Also speaking in Mandarin, Fu brought up how the people of Taiwan now “face a powerful neighbor,” which she believes does not respect the human rights of the Taiwanese, instead bringing resentment and fear.

Congressman Chabot, a supporter for stronger US-Taiwan relations, called attention to China’s bullying of Taiwan. Chabot also spoke in support of an invitation for President Tsai Ing-wen to visit Washington and address the US Congress.

The speakers were introduced by Jennifer Hu (胡兌昀), vice-president of the Global Taiwan Institute.

Our Youth in Taiwan is a documentary film that films two student activists from the perspective of Fu Yue. The film tracks the activity of Chen Wei-ting (陳為廷), a Taiwanese activist who was one of the prominent student leaders the Sunflower movement , and Cai Bo-yi (蔡博藝), a Chinese student who studied at Tamkang University as part of the first generation of Chinese students who could study in Taiwan for the entire duration of her degree.

In the documentary, Fu included not only footages of Chen and Cai’s actions during the Sunflower Movement, but also less-seen insider perspectives of the struggles the two activists faced. The film tracked Chen Wei-ting’s rise prior to the movement as well as his reaction as the resulting scandal after series of sexual harassment charges that emerged, while he was campaigning for a Legislative Yuan seat in the aftermath of the movement. The film also tracked Cai Bo-yi’s journey as a Chinese student who participated in activism. Her identity as a Chinese student active in Taiwanese politics drew public attention. 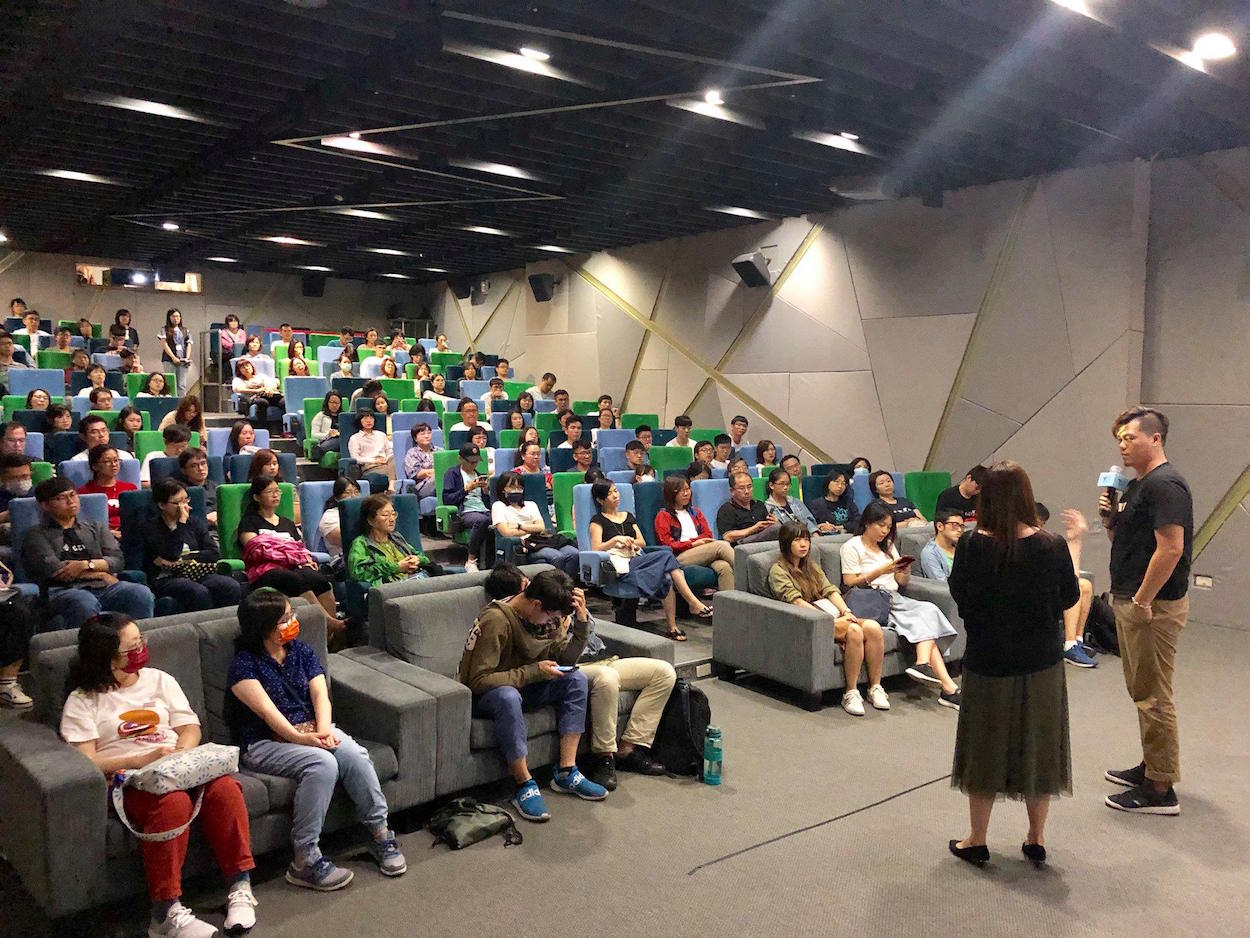 Director Fu Yue speaking about the documentary. Photo credit: Our Youth in Taiwan/Facebook

The film highlighted the power of national identity in Taiwan, which contributed to the massive public reaction that led to the Sunflower Movement’s success. At the same time, it showed how public hostility towards China and its influence became projected onto Cai, who suffered from clandestine election manipulation when she attempted to run for the presidency of Tamkang University (淡江大學) student body, despite being a participant in the movement herself.

Responding to a question on when and why she started filming and eventually make a documentary out of her footages, Fu expressed how the footages which eventually composed the documentary was initially meant to be a continuation of her previous documentary—Dialogue Between Blue and Green—which Chen Wei-ting was a part of. According to Fu herself, she wanted to explore how the people around her develop their views on politic after the 2012 election, as they were coming of age.

As Fu filmed Our Youth, she found that China’s influence was growing within Taiwan’s political environment. She thought it was important to show this influence in her depiction of Taiwan. Cai Bo-yi’s unique identity as a Chinese student studying in Taiwan was enabled by a change in Taiwan’s laws on the eligibility of students from China in 2012. Fu wanted to capture how their stay in Taiwan – extended exposure to a different world than what they have been taught in textbooks – would affect their future. She was highly impressed with the actions of Chen and Cai, but was surprised at how events took a different course than expected.

Responding to another question on the message she sees this film expressing to an American audience, she was a little uncertain. Though most of the audience at the screening were Taiwanese, she wants to see how an international audience can come to understand the meaning of the film. She was concerned about the level of back knowledge of Taiwan required to understand the film.

Nevertheless, she focused on the documentary as a story about personal growth that could be universally understood. She hopes that those who see the film could, too, reflect upon their own growth and learn what being a citizen means in a participatory democracy, despite potential barrier to this understanding. 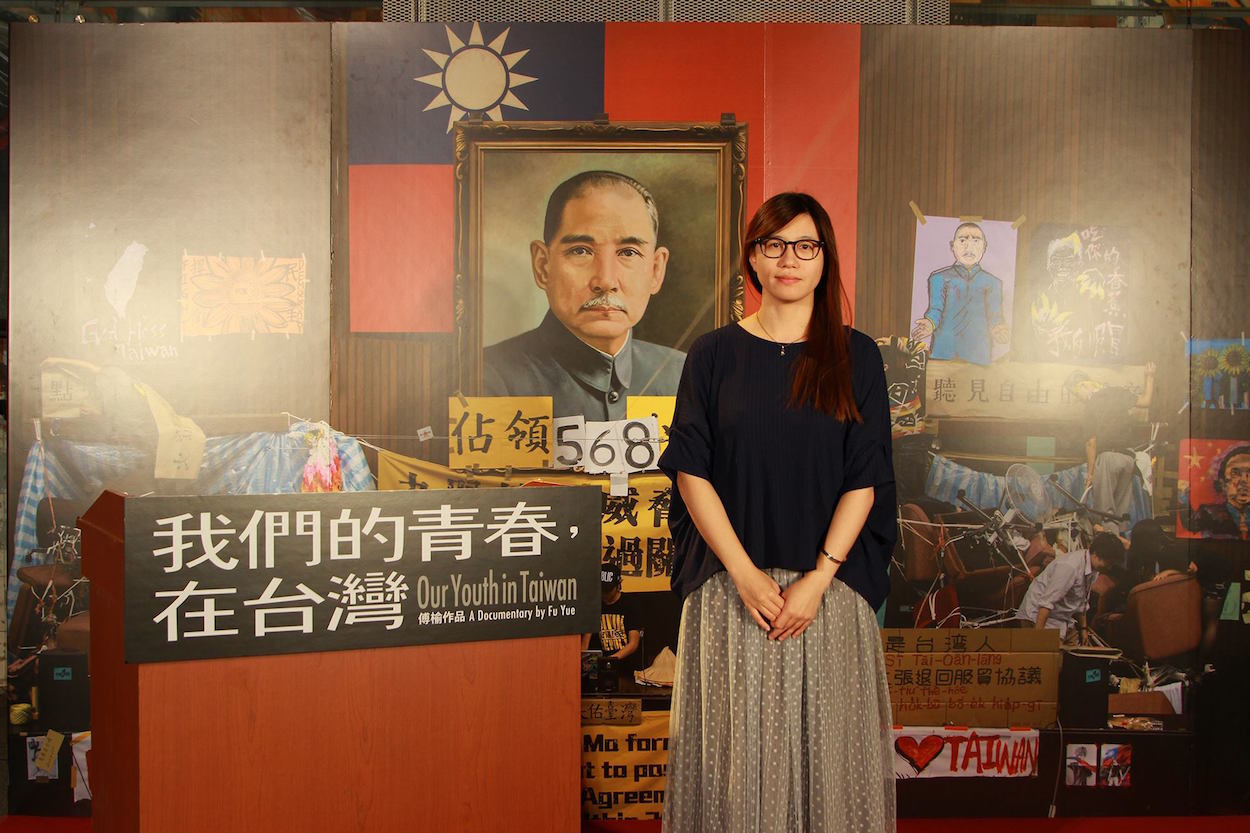 Photo credit: Our Youth in Taiwan/Facebook

When everyone is able to fully develop this identity for themselves, she expressed with a hint of optimism, then democratic values could advance more easily. Even in the United States where it seems to be an advanced democracy, she commented, there is still room for growth. She hopes that the audience would not only see the story in context of Taiwan, but also in context of themselves.

Fu Yue will be making around 20 more stops on her tour in the United States as she displays this film over the US. Our Youth in Taiwan won “Best Documentary” Golden Horse Awards (金馬獎) in 2018.