FORMER PRESIDENT Ma Ying-jeou has continued to lash out at current president Tsai Ing-wen, accusing Tsai of undoing his efforts aimed at achieving peace across the Taiwan Straits. In particular, Ma’s latest attack on Tsai took place in the context of a conference held by the Ma Ying-jeou Foundation in Taipei marking the fifth anniversary of the 2015 Ma-Xi meeting earlier this month.

The Ma-Xi meeting was held on November 7th, 2015 in Singapore, during which Ma and Xi met in their respective capacities as presidents of the ROC and PRC, respectively. Singapore was likely chosen as the venue for the meeting as supposedly neutral ground between the “two Chinas” and the Ma-Xi meeting was preceded by a meeting between Xi and Eric Chu, in their capacity as chair of the CCP and KMT, respectively. 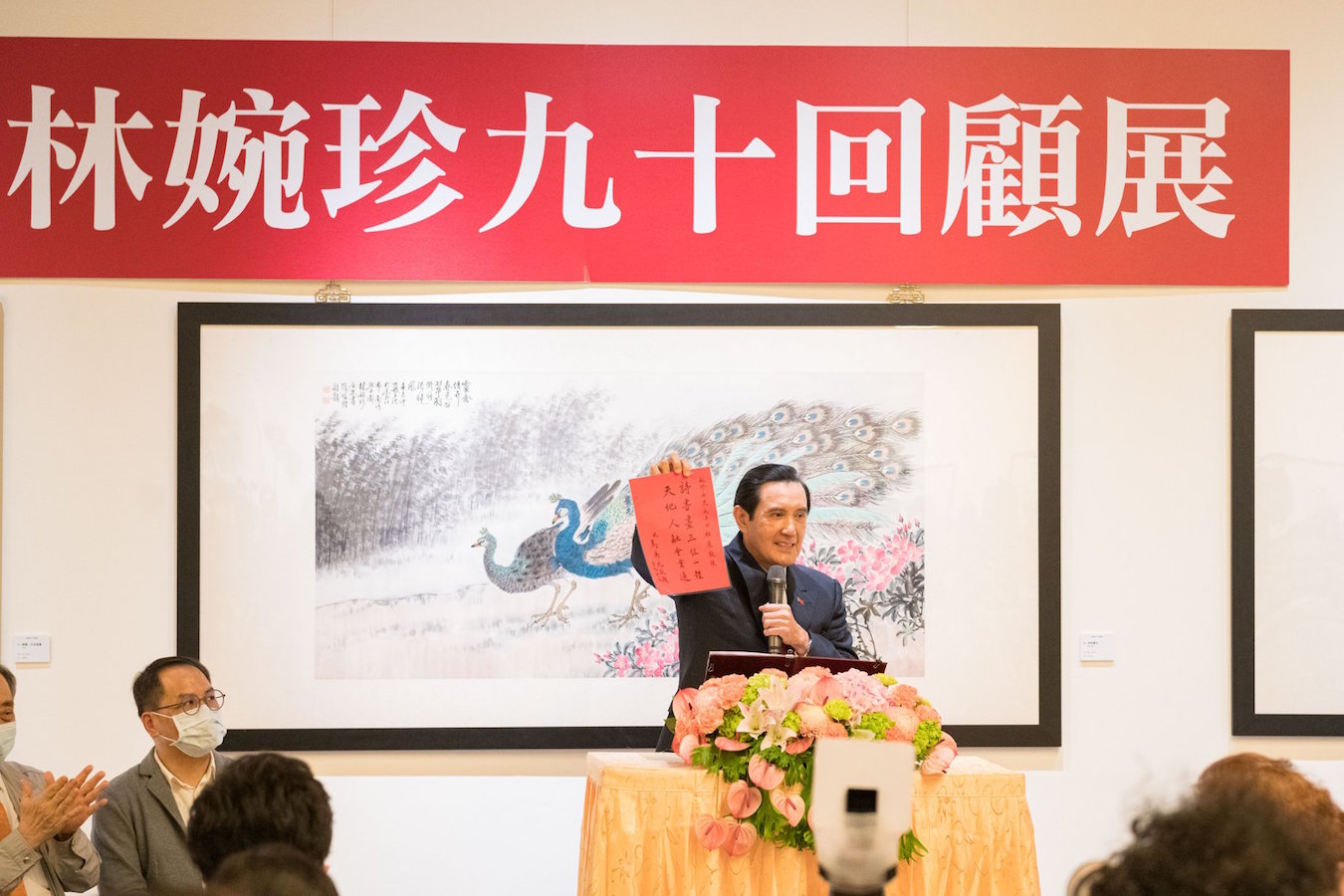 In particular, the Ma-Xi meeting took place just a year and a half after the outbreak of the 2014 Sunflower Movement, and shortly before the January 2016 elections that put Tsai Ing-wen of the DPP in power for her first term. At the time, Ma was seen as hoping to secure the meeting for his political legacy, seeing as no leader of the ROC and PRC had met since the Chinese Civil War, and as a last effort to push Taiwan further toward unification before the end of his term.

Moreover, a meeting between Ma and Xi in their capacity as heads of state of the ROC and PRC would far supersede other diplomatic meetings between Taiwan and China, such as the 1992 meetings from which the 1992 Consensus derives its name. Ma was seen as potentially attempting to create a “2015 Consensus”, as a means of renewing but also advancing beyond the 1992 Consensus.

Indeed, the Ma-Xi meeting saw resistance from some of the forces involved in the Sunflower Movement, most notably in a dramatic attempt to physically prevent the meeting from taking place by former Sunflower Movement student leader Chen Wei-ting and other youth activists, who sought to prevent Ma’s flight from taking off by storming Songshan Airport as well as attempts by Taiwanese activists to enter Singapore to protest.

So, then, can we understand Ma’s animus toward Tsai, in that Ma likely sees Tsai as having undone what should have been his political legacy. Hence claims by Ma that Tsai has undone his efforts at establishing peace across the Taiwan Straits.

Indeed, over the past six months, Ma has increasingly taken to lashing out at Tsai, claiming that Tsai’s actions have pushed Taiwan and China to the brink of war. Ma has instead called on Tsai to accept the 1992 Consensus and try to pursue a meeting with Xi Jinping. Ma has also sought to denigrate Taiwan’s capacity to fight off the People’s Liberation Army (PLA), claiming in public comments that the “first battle would be the last battle” if the PLA ever came to blows with the ROC army. As a result, DPP politicians including Tsai, as well premier Su Tseng-chang and vice president William Lai criticized Ma, Tsai stating that his effort at peace between Taiwan and China was through “bowing and scraping”, Su stating that Ma’s comments were aimed at stirring up fears, and Lai stating that Ma’s comments would only create conflict. 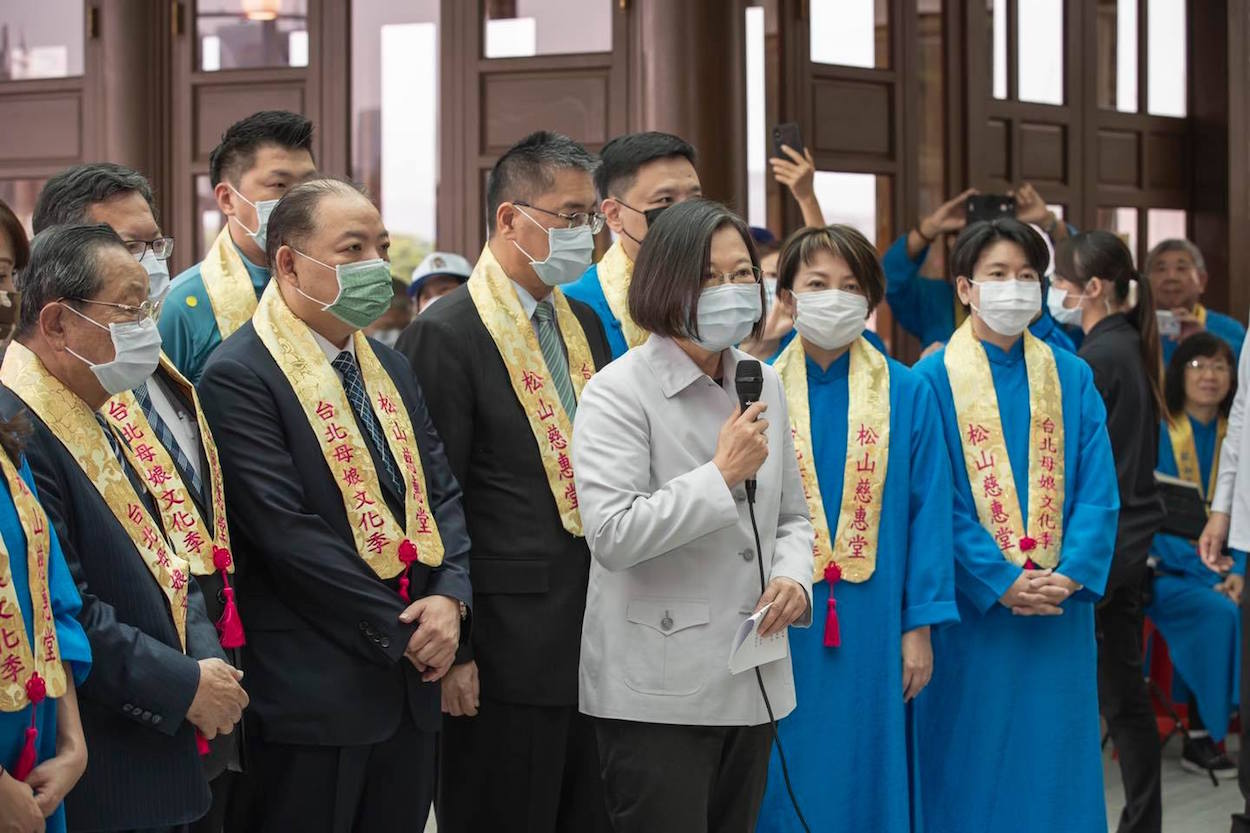 But while Ma’s efforts to secure his legacy may be self-apparent, it should be noted that quite unusually for a former president and party chair, Ma’s influence in the KMT is growing. Current party chair Johnny Chiang was elected in March, promising to reform the party and change its pro-China orientation—including proposing jettisoning the 1992 Consensus. However, at the KMT’s most recent party congress, the party reaffirmed that the party’s core value was preserving the ROC and its commitment to the 1992 Consensus.

Last month, Chiang was successful in getting the KMT party caucus to propose a resolution that the ROC should seek to reestablish formal diplomatic ties with the US. The proposal was then unanimously passed by the Legislative Yuan in a rare show of bipartisanship between the pan-Blue and pan-Green camps. But since then, Ma has sought to undermine Chiang’s attempt to build stronger ties between the US and Taiwan by stating that he did not believe the KMT would “identify” with seeking to reestablish formal diplomatic ties with the US.

It may be that the KMT is increasingly dominated by Ma’s efforts to secure his historical legacy, then. It remains to be seen where that will take the party going forward.