Continued Debates Over The Role Of Classical Chinese In Taiwan

THE DEFEAT OF a recent push by language and literature scholars to reform the teaching of Chinese in Taiwan has had surprising implications. Namely, despite the defeat of a push by the Association for Taiwan Literature to reduce the amount of classical Chinese currently taught in Taiwanese schools, this drew comment from high-ranking Chinese government officials including An Fengshan of the Taiwan Affairs Office. It seems, then, that the debate over the teaching of classical Chinese in Taiwan has become significant enough to draw attention from China.

Chinese officials as An warn that attempts to desinicize Taiwan will meet with failure and not gain traction within Taiwan. This was previously claimed by members of the KMT, who saw calls by the Association for Taiwan Literature and affiliated groups to reduce the amount of classical Chinese used as language learning materials in Taiwan. Despite the fact that classical Chinese is an archaic language which may share the same characters as modern Chinese but has a significantly different grammar, syntax, and word usage, 45% to 65% of language learning materials used in schools in Taiwan consist of classical Chinese.

Classical Chinese is not used today as a written form of Chinese in either Taiwan or China. As such, the Association for Taiwan Literature and other groups have claimed that their calls to reduce the amount of classical Chinese used in Taiwan is not a political matter, but instead is aimed at ensuring that Taiwanese students receive proper linguistic training, so as to ensure that reading comprehension rates in Taiwan do not decline. Some have pointed to Taiwan dropping to 23rd in the Organisation for Economic Co-operation and Development’s Program for International Student Assessment as a sign of lagging language training in Taiwan. 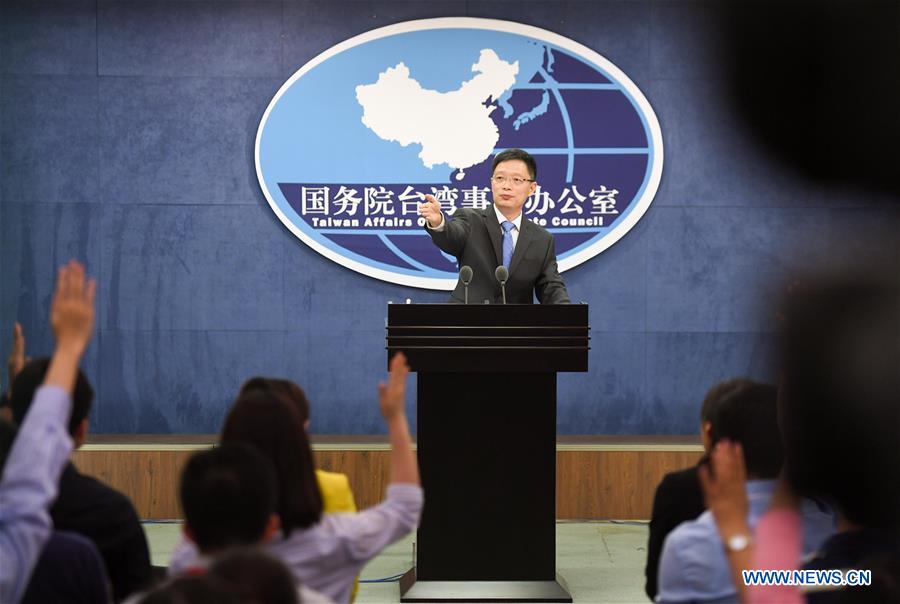 Nevertheless, it is clear that China and members of the pan-Blue camp see the teaching of classical Chinese as significant, insofar as it is a way to bolster ideological claims that Taiwan is and always has been a part of China. China and the pan-Blue camp sometimes embrace the claim that Taiwan is intrinsically a part of China on the basis of claims that Taiwan preserves essential Chinese tradition which has been lost in the Chinese mainland due to the Cultural Revolution and other events during the turmoil of 20th century Chinese history.

As a result, maintaining Taiwan as a bastion of classical Chinese teaching maintains such ideological claims, never mind that classical Chinese is far removed from contemporary written Chinese in both Taiwan and China alike. Indeed, early 20th century Chinese reformers of the May 4th movement sought to vernacularize classical Chinese, a language primarily used by scholar-officials and literati, in order to make the Chinese language more useful for everyday life by ordinary people. And the CCP and KMT alike share their origins in the political activists and revolutionaries of the May 4th Movement as bound up with the overthrow the Qing dynasty, China’s last imperial dynasty.

But in the century since, both the CCP and KMT increasingly claim to be the inheritors of imperial China rather than marking a historical rupture from imperial China, in part in order to justify their territorial claims over China and Taiwan. Indeed, the last time that the same political entity ruled both China and Taiwan was in the Qing dynasty, despite the fact that the Qing did not actually control all of Taiwan.

As such, it is not surprising that the teaching of classical Chinese in Taiwan is probably for highly ideological reasons. It should also not be surprising that language comes to be an arena of contestation regarding national identity in Taiwan. In the past, scholars of the pan-Blue camp have made attempts to situate Taiwanese literature in the broader stream of Chinese literature and scholars of Taiwan literature contesting these claims. Controversies have broken out regarding academic appointments such as the appointment of Weng Chih-tsung and Hsiao Shu-chen as the director and deputy director of the National Museum of Taiwan Literature in Taiwan under the Ma administration, despite the fact that both had a background in Chinese, rather than Taiwanese literature. To some extent, in Bourdieuian terms, we can view such controversies as two intellectual camps fighting for limited cultural resources in Taiwan. Likewise, Taiwanese high school students occupied the Ministry of Education in August 2015 in order to demonstrate textbook reforms under the Ma administration which would have taught Taiwanese history as part of Chinese history. 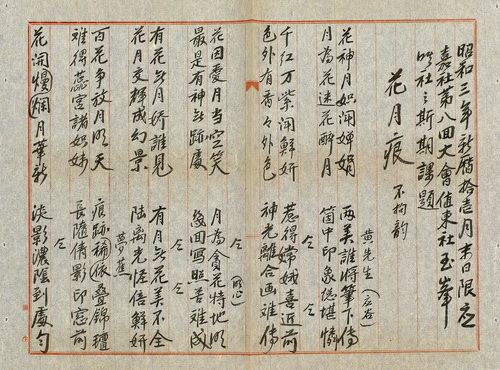 Controversy continues, seeing as some now contest the process by which calls to reduce the amount of classical Chinese currently taught in Taiwanese schools were voted down as lacking transparency. But either way, one notes that the fixation of both the KMT and China on what are fundamentally cultural issues in lashing out against the specter of “desinicization” in Taiwan and “cultural Taiwanese independence” may be because in the face of their present inability to counteract Taiwan drifting politically away from China in terms of any form of substantive political action, such as electoral victories of the pan-Blue camp.

One observes a sharp uptick in the KMT and China focusing on combatting “desinicization” and “cultural Taiwanese independence” following the KMT’s losses in 2016 presidential and legislative elections and the subsequent political crisis of the party. It may be that in Gramscian terms, given its present inability to fight an overtly political “war of maneuver,” the KMT has needed to retreat to the cultural sphere to fight a “war of position.” Nevertheless, with the issue remaining unresolved, one expects further contestation about the issue of classical Chinese teaching in Taiwan to continue.