COMMENTS MADE by former president Ma Ying-jeou over the new year are indicative of the line that the KMT may take going into the upcoming set of elections.

Namely, Ma Ying-jeou framed the vote between KMT and DPP as a vote between “war and peace.” Likewise, Ma stressed that Taiwan should resume reestablishing economic relations with China, calling for the resumption of the “three small links.” The “three small links” consist of postal service, tourist, and transportation links between outlying islands of Taiwan and China. Ma otherwise called for party unity and for the KMT to be careful with regard to its choice of candidates in upcoming by-elections for seats that were not filled or were left empty after November’s elections, and about who next year’s presidential candidates should be for the KMT.

The KMT has traditionally claimed that it and not the DPP should be allowed to hold power in Taiwan with the claim that it is the only political party able to communicate with Beijing and maintain stable cross-strait ties. As such, the KMT has traditionally leveraged on the threat of potential war with China in order to maintain power. In this sense, Ma’s comments are nothing new. 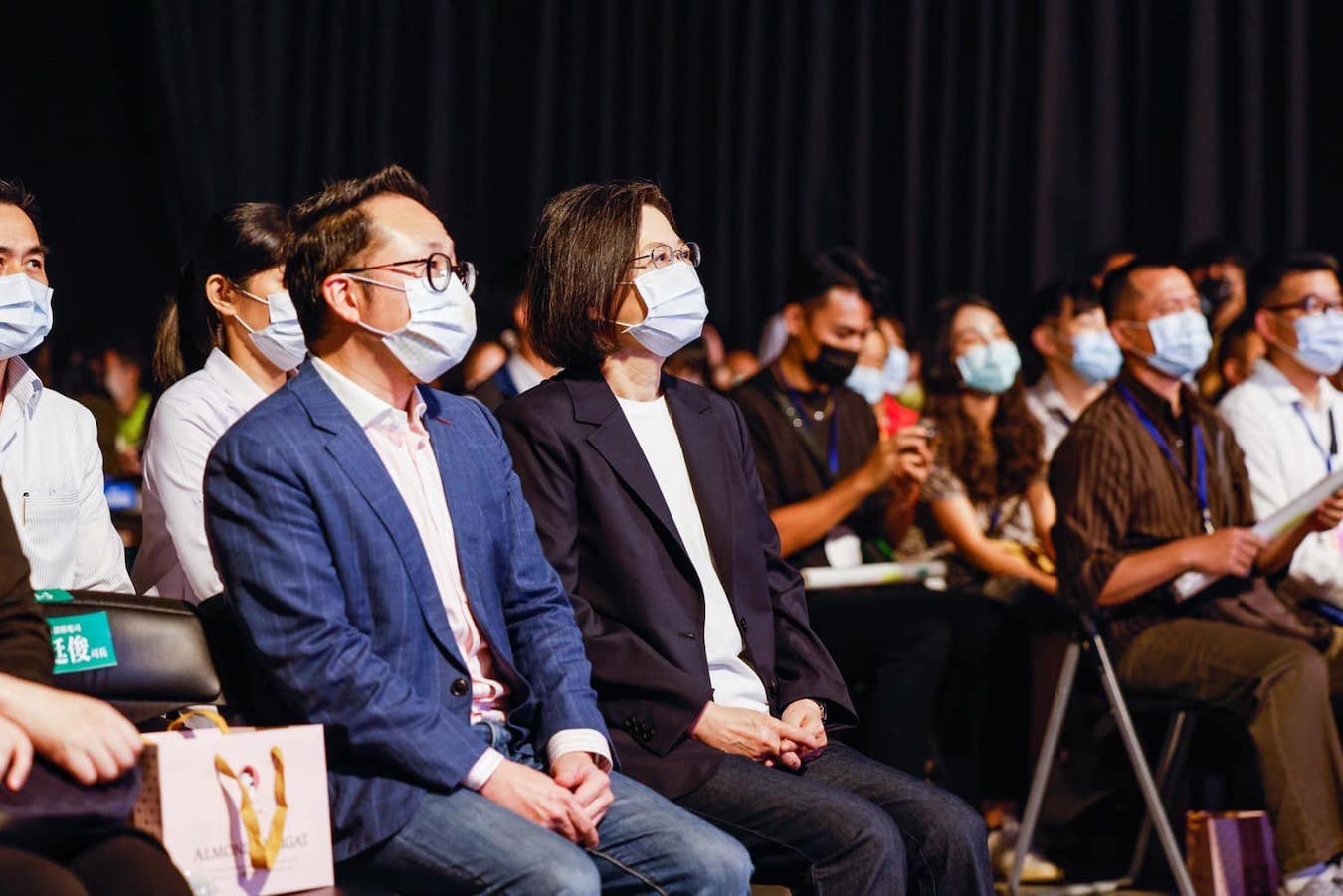 But the issue is particularly charged after president Tsai Ing-wen announced late last month that the military draft would be re-extended to one year for the current four months for men born after 2005. Indeed, in his comments, Ma stated “Vote for the DPP, youth go to the battlefield. Vote for the KMT, there will be no battlefield on either side of the strait.”

It was under Ma that the draft was reduced to four months from one year, though reductions in the draft length began under the DPP Chen administration. Ma’s comments actually differ from the official line of the KMT central leadership under Eric Chu, with the KMT officially expressing support for military reforms, but calling for effective reform measures to be taken. All opposition parties in Taiwan of any electoral significance expressed support for military reforms, including the pan-Blue TPP and pan-Green NPP.

This perhaps indicates to what extent the Chinese military threat has proved a dividing line in Taiwanese politics, that even pan-Blue parties have openly voiced support for military reforms. Current KMT chair Eric Chu’s abortive attempt to change the KMT’s pro-China image to make the party more openly pro-US aside, the pan-Blue camp has historically been the party aligned with the military.

The military has a large pride of place in ROC nationalism. During authoritarian times, the military not only served as an enforcer of the KMT’s political will, but members of the military, police, public servants, and teachers constituted a political and economic elite–rewarded with generous pensions in return for political loyalty. After pension reforms from the Tsai administration led to protests from veterans that felt disenfranchised, with this demographic thought to be among the key forces behind the “Han wave” phenomenon prior to the 2020 elections, the KMT is unlikely to openly cast doubt on actions seen as restoring the glory of the military.

Indeed, one observes that through his comments, Ma has aligned himself with deep blue firebrands such as Jaw Shaw-kong. Jaw was notably one of the significant voices that openly opposed lengthening the draft. 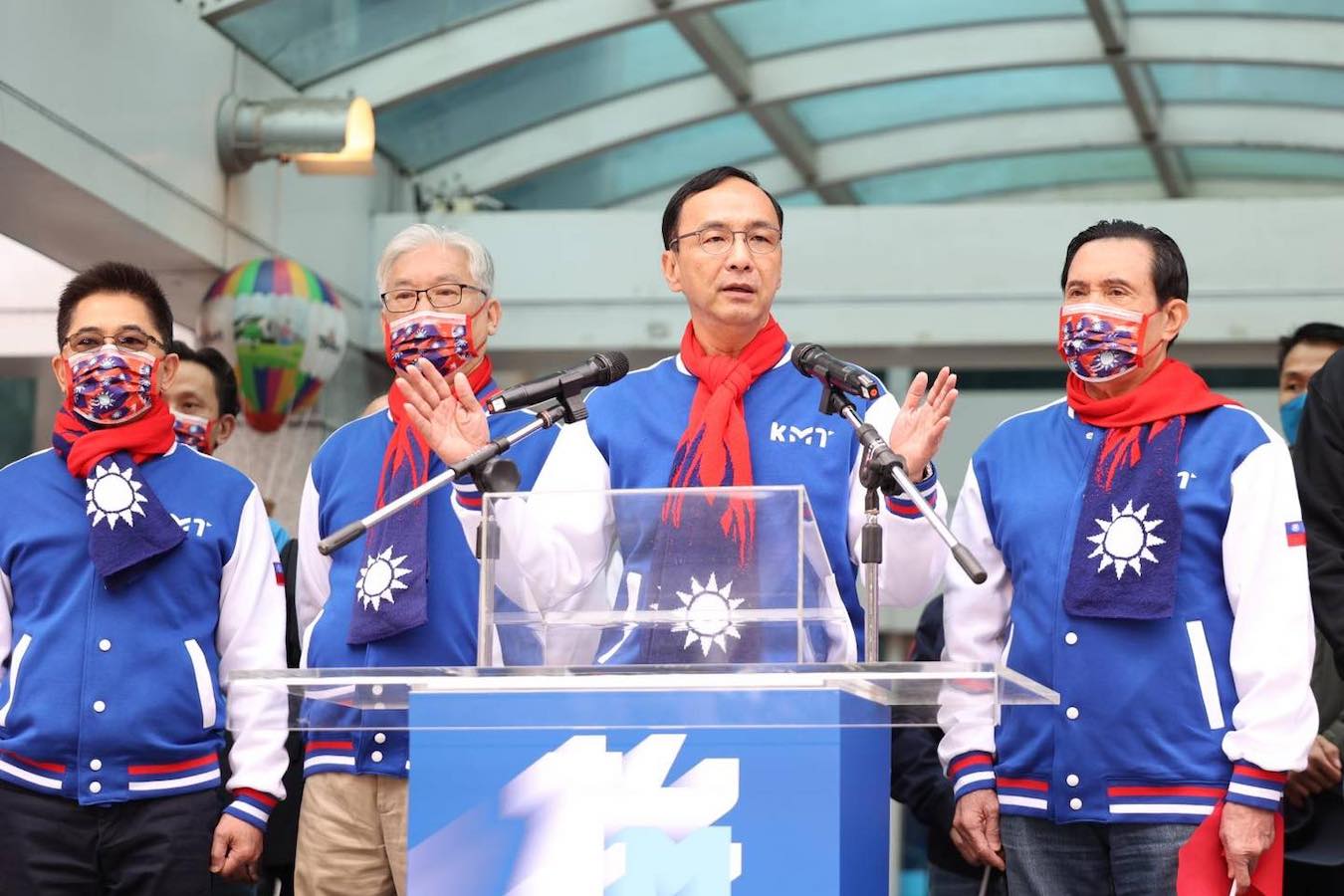 To this extent, the pan-Blue camp is, in fact, likely to attack the Tsai administration over the notion of extending the draft. Yet, as Ma’s comments go to show, this will take the form of a variation of traditional arguments from the pan-Blue camp that frame DPP rule as unnecessarily provocative of China in a way that would lead to war.

Even if the Tsai administration has shifted away from the DPP’s traditional pro-independence advocacy toward a pro-status quo position, DPP will again be framed as dangerously provocative of China through its ideological desire to seek independence. This will be framed as necessitating drafting Taiwanese young people, sacrificing their future.

Though the KMT has increasingly lost the support of young people in past years, with less than 9,000 members under 40 in November 2020, it is possible that the KMT will use this as a strategy to make inroads with the youth demographic. The KMT may take advantage of the fact that Taiwanese young people do not have the repulsion toward ROC iconography and national identity that older individuals that experienced the martial law period have, or how younger voters may not remember KMT rule, having only experienced successive electoral defeats by the KMT in their lifetime.