After Nuclear Testing By North Korea, Uncharted Territory For The International Community Lies Ahead

Contrary to what international media and western politicians would claim, this may be less so because of the threat of weaponry from North Korea itself. Assuming the North Korean political leadership is rational in terms of self-preservation, North Korea probably realizes rationally that any use of its nuclear weapons would likely precipitate the destruction of its nation, even if it is playing a high-stakes game of brinksmanship at present.

Likewise, despite international media often discussing North Korea’s nuclear weapons as though these are world-ending threats, this highly exaggerates the death toll that can be caused by North Korean nuclear weapons and it is to be questioned whether North Korea has the delivery systems necessary to fire nuclear weapons directly at western powers. More than likely, most deaths would be South Korean. And North Korea notably threatened to fire missiles at the unincorporated American territory of Guam rather than at the American mainland, possibly because it is actually unable to hit the American mainland at present with any of its weapons delivery circumstances. While North Korean weapons testing seems to be asserted at presenting the perception that it has nuclear weapons capable of hitting America, this is debated.

However, one can observe the hypocrisy of America’s role in the Asia Pacific with much political discourse in the United States acting in many cases as though the threat posed by North Korean nuclear weapons is primarily to the United States. The largest amount of deaths would likely be North Korean, with an estimated 20,000 deaths per day, as well as South Korean deaths. Such deaths in a single day of combat would surpass all American deaths in the war in Afghanistan and Iraq to date.

It will be incredibly difficult for any of the international powers involved to deescalate the situation in the face of North Korea’s refusal to back down. China, North Korea’s only ally and its main political backer, has found itself in a bind due to its inability to reign in North Korea including after attempts to intimidate North Korea with military exercises. 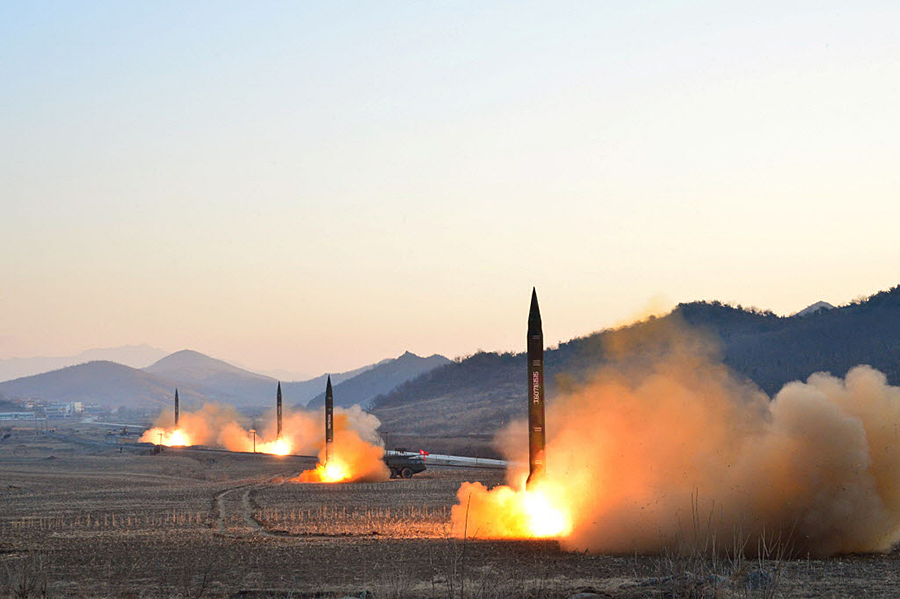 With the Korean peninsula in the midst of high tensions, the present moment would probably be the worst time possible to withdraw from such trade agreements, something which would hardly be reassuring for South Korea in terms of American commitments to defend South Korea against military threats. But the protectionist wing of the Trump administration can unpredictably direct the course of the administration at times and, as a political faction consisting mostly of political newcomers to Washington, the protectionist elements of the Trump administration may see trade as a wholly separate dimension from political and economic ties.

What now, for the maintenance of continued peace in the Asia Pacific region? Namely, both America and China, the dominant powers in the region, unexpectedly have their hands tied when it comes to North Korea and this will prove highly dangerous for Asia Pacific countries caught between the two powers of America and China. This may lead to Japan or other regional political powers seeking to take matters into their own hands, given the security threats presented by North Korea and the unreliability of either America or China to act as a regional security guarantor. The current North Korean crisis may have the unexpected effect of strengthening multilateralism. But which way forward for the Asia Pacific? The future looks more unclear than ever and in the event of conflict, few may escape the fray.