How Should Taiwan Interpret the Trump-Kim Summit?

Namely, perceptions in Taiwanese media and among influential thinkers upon policy sometimes continue to be far off the mark in terms of still viewing Trump as a rational decisionmaker and placing a great deal of blind faith in him. Views in Taiwan are often that Trump’s unpredictable political behavior is a form of high-risk negotiating tactic.

Trump is often seen in Taiwan as quintessentially a businessman, with a great deal of uncritical acceptance of the image that Trump himself hopes to project publicly, as being a skilled dealmaker and negotiator. As such, there will inevitably be those in Taiwan who believe that Trump calling off negotiations with Kim was simply a negotiating tactic in order to secure more concessions from Kim. 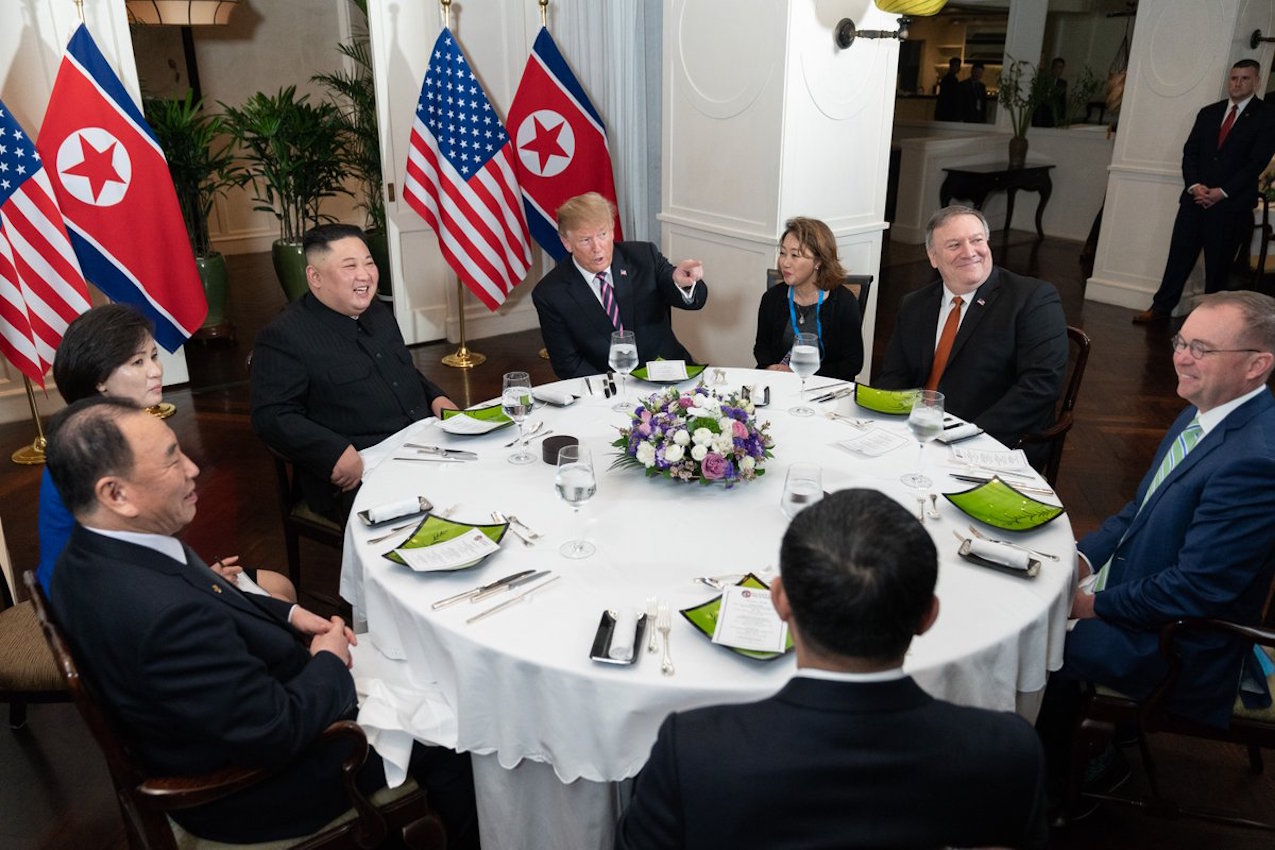 With such a view, actions that Trump has taken against the interests of longtime American allies such as Japan and South Korea, in threatening to withdraw American troops from bases in both, are generally seen as a negotiating tactic aimed at coercing Japan and South Korea to pay more money to America in return for maintaining American military bases. Again, this would be a form of bargaining. Incidents when Trump unexpectedly acts against Taiwanese interests are also usually seen along such lines.

Nevertheless, the summit between Trump and Kim should be proof to the contrary. Before the meeting, it was feared by many analysts that Trump would simply agree to all of Kim’s demands, doing little to secure concrete promises regarding progress for North Korean denuclearization, and possibly making significant concessions to Kim in return for little.

As such, the sudden, abrupt, and confusing end to the meeting between Trump and Kim was relieving to many, since this meant that there was no deal between America and North Korea in which Trump would cede much territory in return for little. It is generally thought that Japan was among those most relieved by the outcome of the summit, seeing as North Korea militarily threatens Japan on a regular basis, and Japan in part relies on American power as a bulwark against North Korea, as well as China.

Indeed, like Japan, Taiwan should beware of unpredictable political behavior from Trump. Not only should Taiwan be wary of moves from Trump which compromise its interests, but Taiwan should be wary of finding its sovereignty unexpectedly bargained away by Trump altogether.

To this extent, it should be well noted that in the past two years, Trump has moved from irrational hawkishness against North Korea and deep-seated hostility against Kim Jong-un to a position of unusual friendliness. At this point in time, Trump is perfectly happy to compromise longstanding allies because of his good personal relationship with Kim Jong-un in the present, whereas two years ago, he was thundering “fire and fury” against North Korea, and lashing out against the death of American Otto Warmbier from injuries sustained in North Korea. 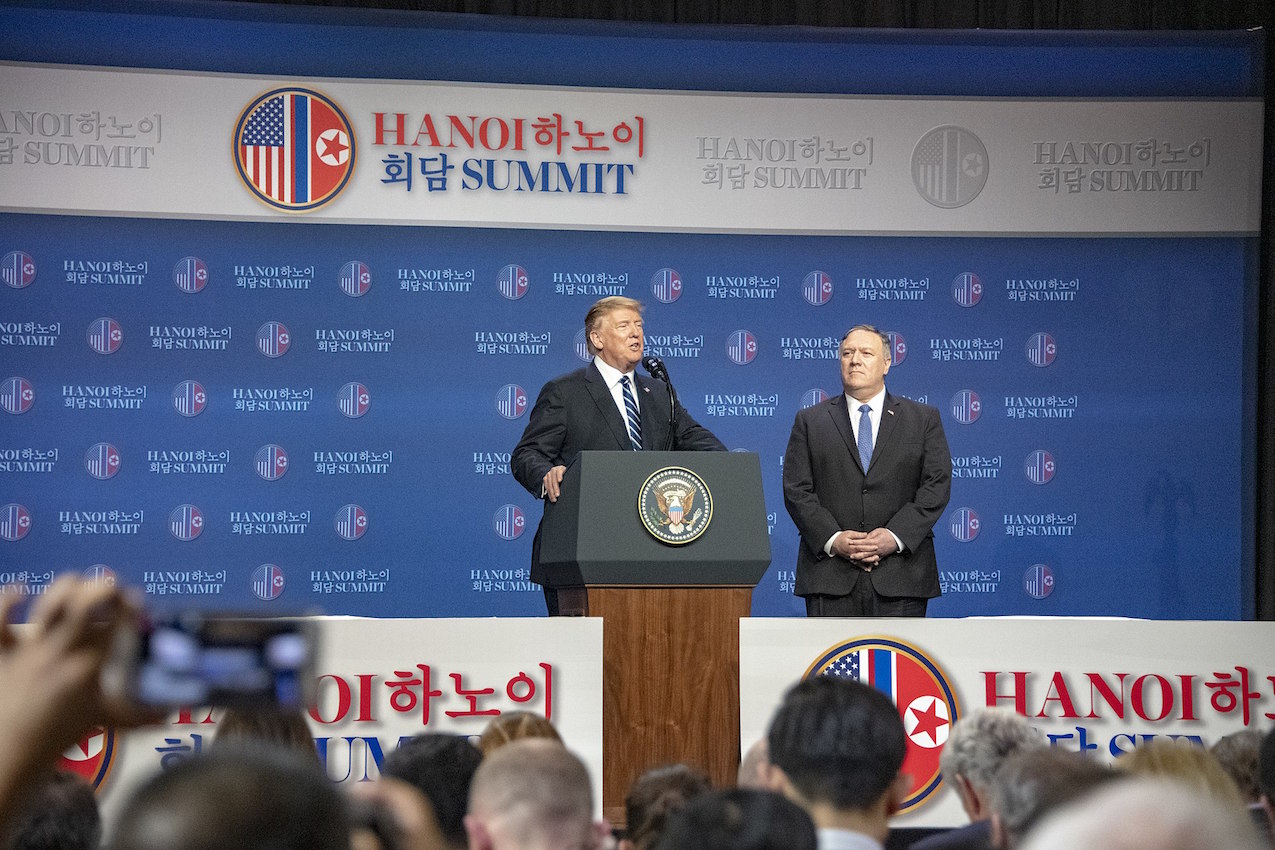 For one, despite the sharp antagonisms between America and China at present in the form of the US-China trade war, it is also not impossible that Trump may suddenly shift towards a position of being well disposed towards Chinese president Xi Jinping in the future, possibly after a meeting with Xi. In such circumstances, Taiwan could unexpectedly find itself thrown under the bus by Trump. And the fact that the institutional checks of the American state apparatus have thus far been unable to constrain Trump in his dealings with North Korea suggests that in such circumstances, the American government might be unable to prevent Trump from such dealmaking.

However, many in Taiwan continue to remain blind to this, idealizing Trump out of attitudes originating in the broader idealization of the US and its empire. One generally finds there is an unusually lacking knowledge of the internal splits within the Trump administration, in which actions benefiting Taiwan such as American warships being sent through the Taiwan Straits may occur in spite of Trump due to the presence of elements within his administration that see Taiwan as a leverage point on China—and not because of him. It may be that the spell of the Tsai-Trump phone call persists over two years later, with some still clinging to the desperate hope that it represented long-term, consistent support of Taiwan from an American leader. Uncertain times remain ahead for Taiwan, then.