SEVERAL ATTEMPTS by the KMT to delegitimize the actions of the Tsai administration which it views as threatening to its power of late have taken the curious tactic of reporting the Tsai administration to the Control Yuan. This has occurred recently with regards to the Tsai administration’s Forward-Looking Infrastructure Bill, which the KMT views as highly threatening to the local clientelist networks it uses to maintain power at the local level in Taiwan, and more frivolous complaints, such as attempting to report to the Control Yuan that a differently scaled ROC flag on the Presidential Office’s website is an affront to national dignity.

It remains to be seen just how serious KMT attempts to report the Tsai administration to the Control Yuan are. The Control Yuan is one of the “five yuans,” a lingering legacies of the ROC political framework dating back to its origins in Sun Yat-Sen’s Three Principles of the People and the ROC’s history in Republican China. The Control Yuan is originally an oversight mechanism for the other branches of government under the “five yuan” system, in which the ROC government does not merely have a legislative, executive, and judicial branch as with most western governments, but also has the Control Yuan to provide oversight and the Examination Yuan to manage scholarly examinations. Very likely, part of the reason as to why the “five yuan” system differs from western models was because of Sun’s nationalistic urge for Republican era China to establish a government system which met modern, western standards, but also differed from western models and illustrated a “Chinese” model of governance which could distinguish itself from western examples.

Nevertheless, the “five yuan” system has come under fire in recent years, with the view that proper checks and balances that a modern governmental system should provide are already provided for by the division of powers between the legislative, executive, and judicial branches of government. In particular, the Control Yuan and Examination Yuan are seen by many as institutions in which appointees are allowed to serve for long periods of time at the expense of the taxpayers despite the fact that the Control Yuan and Examination Yuan increasingly do not play large roles in governance as institutions whose role have been superseded in terms of providing oversight over the ROC government or managing Taiwan’s educational institutions. 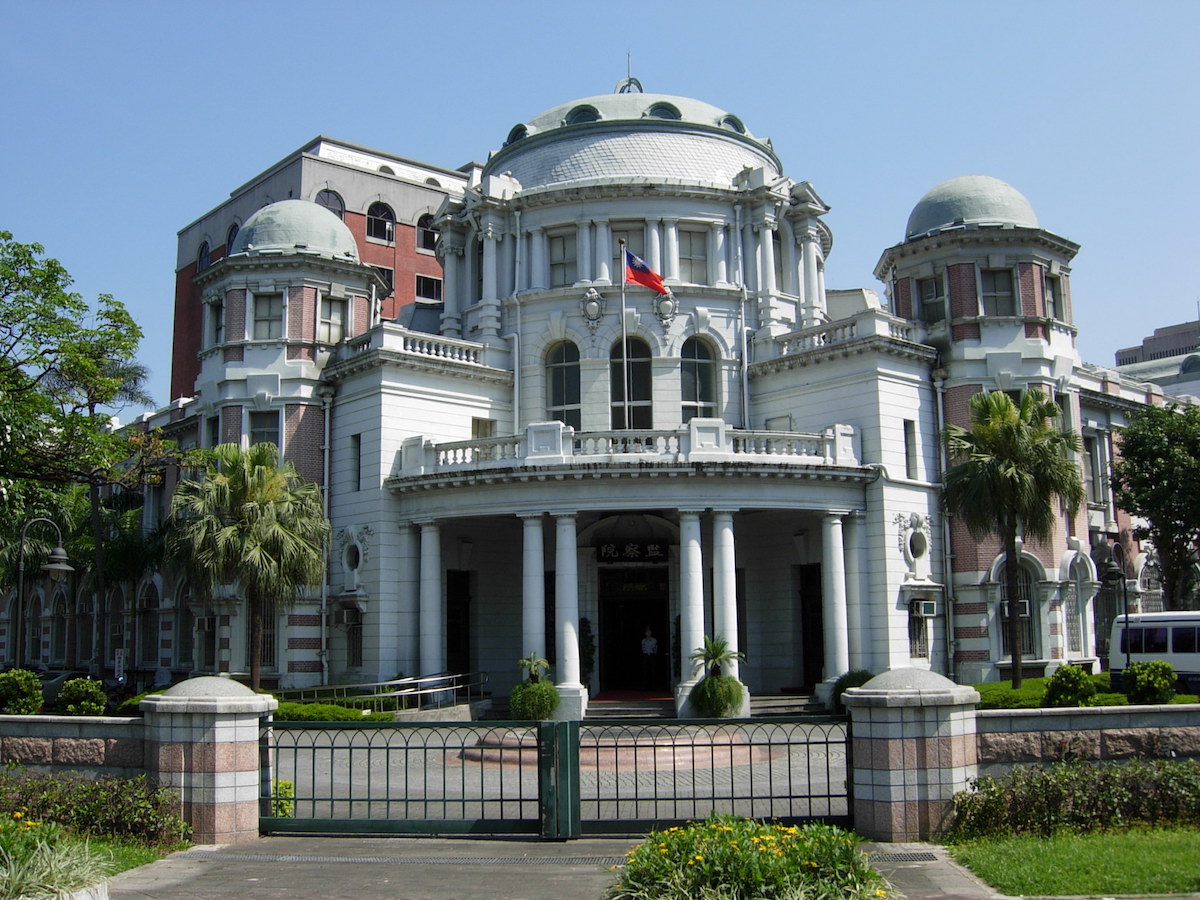 As such, particularly with appointments made by KMT administrations, Control Yuan and Examination Yuan positions are increasingly seen as sinecure positions given as a political reward for loyalty. To be sure, the Control Yuan has sometimes played a large role in investigating cases of corruption such as Taiwan’s numerous food contamination scandals, or arms trade scandals regarding the military. But given such unaccountability, the actions of the Control Yuan in particular have sometimes been seen as too highly influenced by public opinion, for example, with regard to the current handling of corruption charges against former Academia Sinica head Wong Chi-Huey, with an extrajudicial pronouncement of guilt from the Control Yuan taking place before Wong has received a fair trial.

It is such, in fact, that members of both the pan-Green and pan-Blue camp have called for the abolition of the Control Yuan in the past. However, with the KMT currently on the retreat with the Tsai administration’s efforts to investigate illegally acquired party assets of the party dating back to the Japanese colonial period, efforts to break up the clientelist networks of the KMT with the Forward-Looking Infrastructure Bill, and efforts to investigate past crimes of the KMT committed during the martial law era with transitional justice legislation, evidently members of the KMT now find it useful to call on the Control Yuan to take action against the DPP. Indeed, Control Yuan has been accused of attempting to influence Taiwanese elections in the past due to the political leanings of its members.

Indeed, it an open question as to whether the Control Yuan will take any action if the KMT increasingly attempts to appeal to it to take action against the DPP, but as a branch of government equivalent with the legislative, executive, and judicial branches, the powers of the Control Yuan are substantial, and the present appointees within the Control Yuan seem to largely date to the Ma administration, the institution having long been accused of having a pan-Blue bias. Again, it was only recently that a non-KMT political party took control of the Legislative Yuan for the first time and not only the presidency, following 2016 Taiwanese presidential and legislative elections, and so it is not surprising that the Control Yuan still slants pan-Blue. Likewise, the KMT always has the natural advantage when it comes to the political leanings of ROC institutions.

Yet, given its wide-ranging powers, if it were that the Control Yuan were to decide to take action in favor of the KMT, this could prove highly dangerous to Taiwanese democracy. Perhaps action is needed to limit the power of the Control Yuan, then.