LOL has become an international phenomenon in recent years globally, as a pioneering esport. LOL tournaments are large international events, which draw the sponsorship of large corporate entities, prize money involves millions of dollars, and which draws thousands of viewers. Professional LOL players devote their lives to the game, training and drilling around the clock with their team members, much as with any other sport. Asia is a known as a particularly competitive region, with a large fanbase for the game and some of the best players in the world based in Asia. 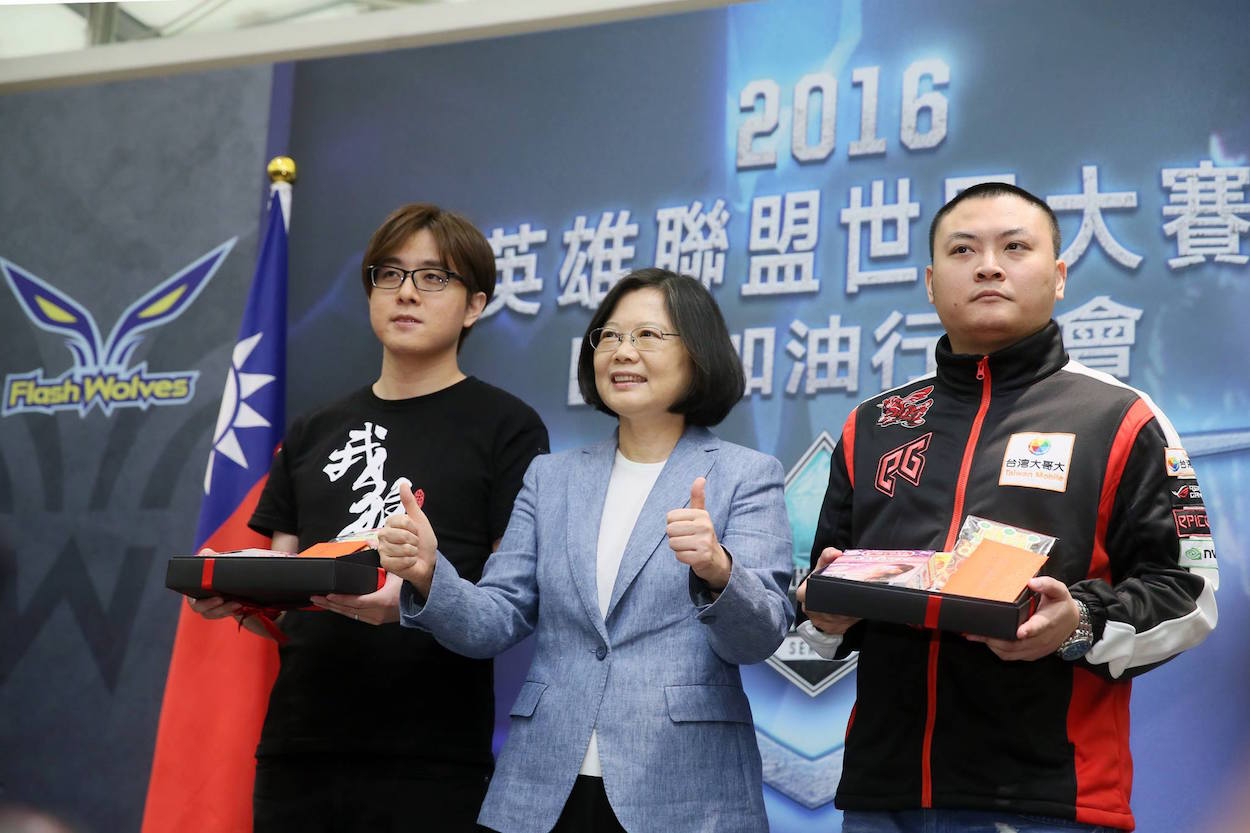 Taiwan has been quick to jump on the trend, with the Flash Wolves proving an especially popular team. None other than Taiwanese president Tsai Ing-Wen has taken to social media to praise the Flash Wolves in the past, later visiting them in person, the group having qualified for the LOL world championships before in the past, and internationally seen as a strong contender in LOL competitions. Likewise, in 2015, Kaohsiung mayor Chen Chu made a surprise visit to Paris to visit the Flash Wolves when they were a contender for world championships in 2015.

And so, as with many sporting events, it may not be too surprising to find that esports have also become a venue in which shows and contestations of identity take place. All the more so for Rift Rival’s Asia section, seeing as the tournament was held in Taiwan. In an incident widely discussed in China, Taiwanese fans cheered South Korean teams over Chinese teams, and were largely silent when Chinese teams were playing. As a result, during the live broadcast of the tournament, camera notably could not pan to show audience reactions when Chinese teams were playing. 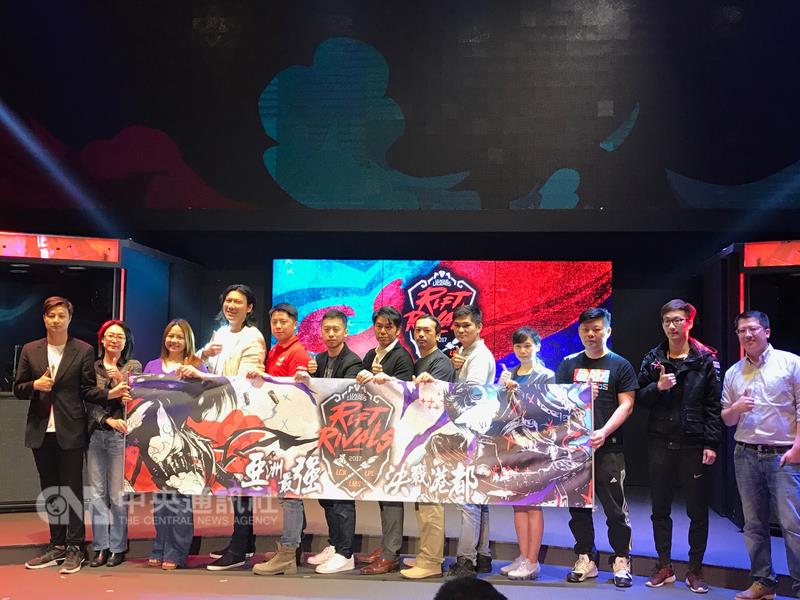 Taiwanese fans also quickly dispersed when the final game ended with a victory by Chinese players. As a result, during the awards ceremony for the victors, there was no audience gathered to watch the victors, the MCs of the award ceremony had awkwardly avoid mentioning the audience, there was little applause, and the camera had to avoid panning to the audience.

No love lost between Taiwan and China as ever then, given China’s claims of sovereignty over Taiwan despite Taiwanese people increasingly not identifying as Chinese, particularly among the young people who would watch esports. The incident would become widely discussed among Chinese gamers, some of which accused Taiwan of being ungrateful. Notably, Chinese LOL fans oftentimes support Taiwanese teams, probably with the view that Taiwan is a part of China, but this is not the case the other way around, Particularly enraging would also be Taiwanese supporting teams from countries with longstanding historical enmities with China, such as Japan or South Korea, over supporting China. 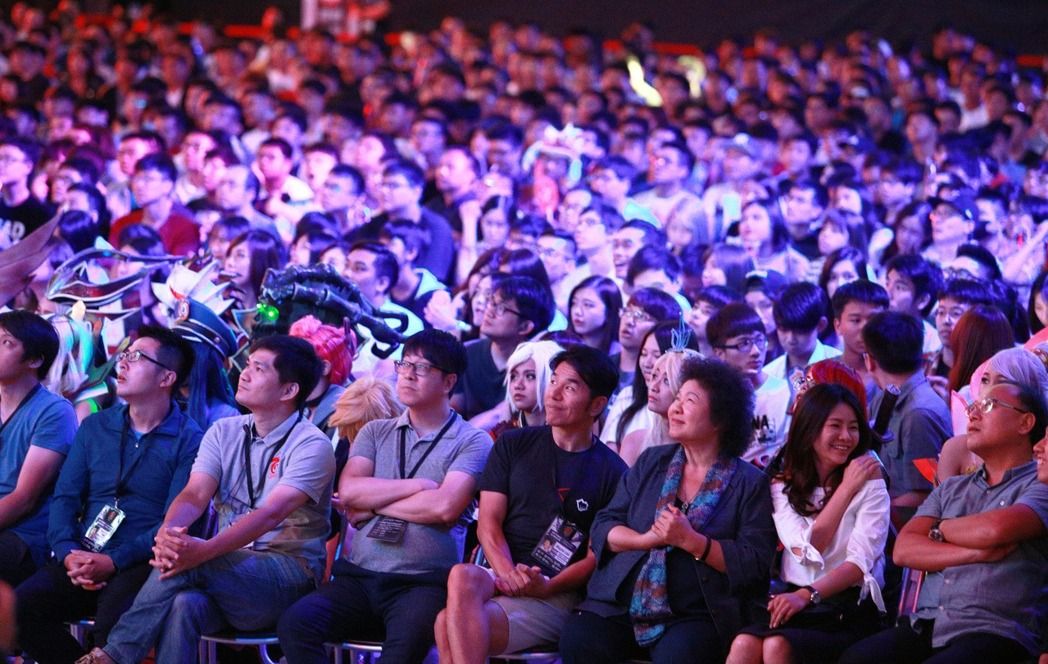 Members of the crowd. Kaohsiung mayor Chen Chu can be seen in the center-right. Photo credit: UDN

Again, this would be nothing new for international sporting competitions. Seeing as esports are a new horizon for sports, yet rising in international popularity among young people, one anticipates that such incidents will become increasingly common. This also continues the trend in Taiwan of video games and online media serving as venues for shows of identity, as seen in the popularity of the meme “Taiwan No. 1” after a viral series of video featuring the online streamer Angrypug taunting Chinese players in the online game H1Z1 with the cry of “Taiwan No. 1!” Such trends will likely continue in the future, with esports serving as a venue for identity contestation much like with other sports, aided by the fact that online or Internet-based interactions between Taiwanese and Chinese gamers has also proved increasingly a site of identity contestation, seeing as online gaming is popular in both Taiwan and China.