Taiwan’s Headlines About Recent Textbook Protests Are Nothing But Misnomers

Below, the juxtaposition of the various media outlets shows the polemical differences that exists on the high school curriculum controversy. Sadly, none of these media outlets were pertinent and comprehensive on the actual events that unfolded after student activist Lin Kuan-Hua committed suicide on July 30. Blasphemously, we have China Times and UDN haunting the public with exaggerated headlines such as “besiege” and “attack” upon the Ministry of Education. On the contrary, we have the Liberty Times and Apple Daily being more sympathetic to the students, emphasizing the mourning of the deceased student activist. The protest was nothing close to a fortress “besieged,” for no violence ensued as students broke down the barbered wires surrounding the Ministry of Education. Taiwan values human rights and the freedom of speech, thus the enactment of the barbered wires is already a violation of the core values Taiwanese uphold. Isn’t ironical to attribute violence to the group that was claiming what their rights entitled them. Yet, none of the headlines captured the actual purpose of the protests. Students were protesting against the intentional alteration of the high school curriculum texts, especially history, that seeks to prioritize KMT propaganda over the actual factual events that took place in Taiwanese history. Changes went so far into changing the KMT’s “occupation” of Taiwan to the KMT’s “revitalization” of Taiwan, a clear signal of propaganda being adopted into the curriculum.

These student activist have been exposed to democratic elements since the beginning of their time, during the era in which Taiwan was a shining beacon of democracy in Asia. Yet, they are forced to swallow the blatant attempt of the government dictating their education in the most undemocratic fashion—the black box experiment. Transparent platforms did not exists for communication between students and the minister, with the Confucian ethos that the student should always heed the words of the teacher—and unfortunately, a good portion of the Taiwanese public shares similar views. 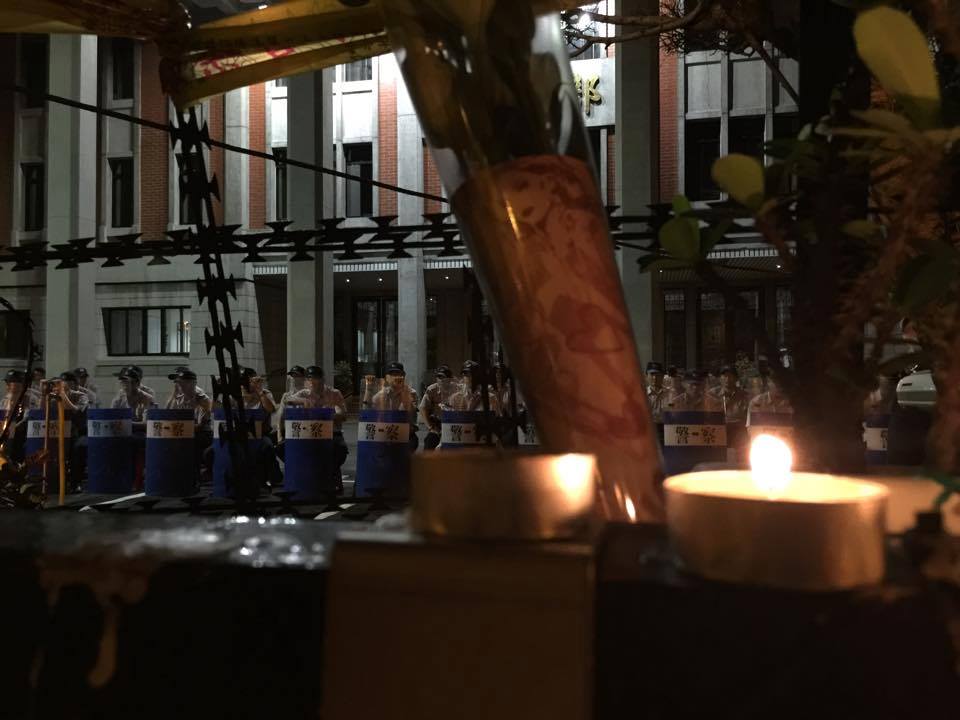 It is important to realize that ultimately, these youths are fighting for their rights to secure their Taiwanese identity, borne out of the blood and tears of the older generation that suffered during the Martial Law era. Their hope is to ensure that generations of Taiwanese that come by can live in an environment where there is no fear of lies and deception. It is only a simple request, from the future leaders of Taiwan. So, why can’t the government respond in a generous manner? Why must it hide behind closed doors and barbed wires?