Zain Dean Extradition Sure To Cause Controversy

THE APPROVAL of the extradition of Zain Dean to Taiwan by the UK’s top court will probably once again open up a can of worms regarding a host of issues in Taiwan, ranging from race relations to Taiwan’s criminal justice system to the conditions of Taiwan’s jails. One can expect much media furor to follow.

Dean, who is from Edinburgh, Scotland, was sentenced to two and a half years in jail after being convicted of killing a man on a drunk driving charge in Taiwan, a sentence later increased to a four year sentence after an appeal, when Dean’s car struck a man on a scooter, Huang Jun-De. This occurred in 2010 after Dean left a KTV karaoke bar, where Dean claims that he was entertaining clients.

However, Dean claims that he was not the driver of the vehicle at the time of the collision, having paid a valet from the karaoke bar to drive him home because he was inebriated. Security camera footage seems to confirm Dean’s account, showing Dean getting into the passenger’s seat of his vehicle and a worker from the karaoke bar getting into the driver’s seat. But security camera footage from forty cameras in the area was notably missing or the cameras were out of order, and some suspect doctored video by the KTV.

Some also suspect corruption on the part of the local police, with Dean himself alleging collaboration between the KTV and members of the police. Indeed, corruption on the part of the Taipei police, particularly in collaboration with elements of the nightlife industry is not unheard of, and around the time of the Dean case, in April 2010, members of the Taipei police force were fired for such corruption. Alternatively, it may be that because following the accident, a media furor against Dean followed, probably due to attitudes towards foreigners in Taiwanese media, Dean being Scottish and of Indian descent. Police may have not wished to act against public sentiment. 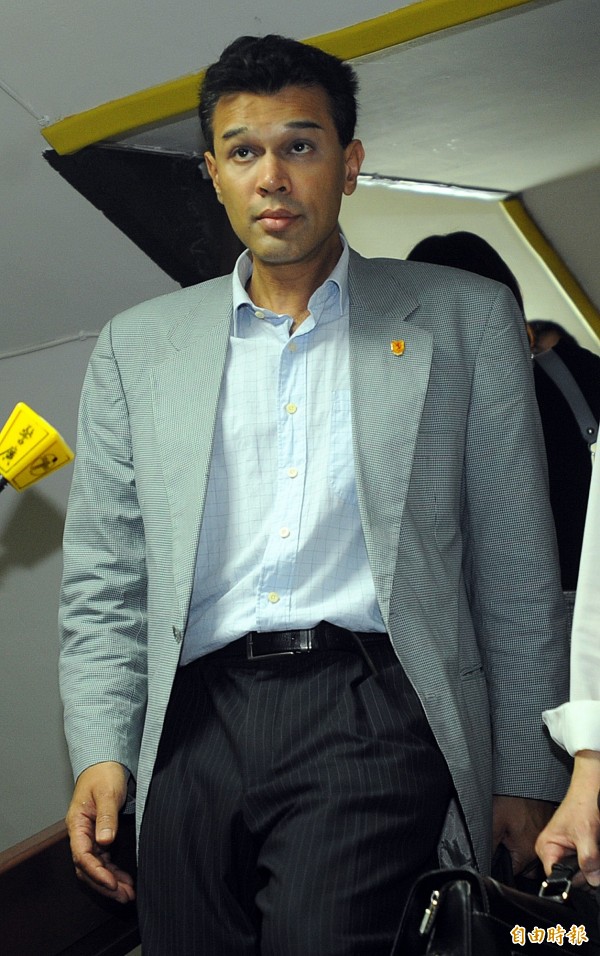 Regardless, Dean fled Taiwan using a friend’s passport in August 2012, alleging a threat to his life from outraged members of the public and from the family of the victim, who Dean claims have put a hit out on his life, having previously attempted to attack him while he was leaving court. Dean moved back to Edinburgh with his Taiwanese girlfriend and lived freely for a year, starting a business and changing his name to Callum Rafael Scott by deed poll. Dean was later arrested by Scottish police in October 2013 and imprisoned for two years at the HMP Edinburgh.

The Taiwanese government pressed for Dean’s extradition but this was denied on human rights grounds, seeing as it was judged that Dean would be housed within a small jail cell and the Taiwanese jail system was deemed to be overcrowded. Promises that Dean would be given a larger jail cell also raised controversy, since this was seen as providing special treatment for foreigner criminals. Some also read this touching on issues of national pride, since this raised the fact that jail conditions in Taiwan lag behind global standards, despite Taiwan’s frequent claim to be a first world nation. As such, it may not be surprising that high-profile politicians including then-president Ma Ying-Jeou spoke out regarding the Dean case, stating that the Dean case would set an important legal precedent.

It is probably true that there are many unclear circumstances to the Dean case which remain to be cleared up. However, at the same time, given the highly politicized nature of the case, one also questions whether the Taiwanese criminal justice system will prove able to clear up these circumstances, wherever the truth lies.

Although not all of Dean’s allegations may hold water, whether with foreigners or Taiwanese, the Taiwanese criminal justice system has sometimes proven itself all too willing to condemn individuals as criminals in order to answer public outcry, as has proven the case to be in many high-profile murder incidents in which the relevant documents suspiciously disappear, such as the Hsu Tzu-Chiang case, in which Hsu as on death row despite lacking or suspiciously missing police evidence. It is an unfortunate fact that the Taiwanese public often hews to a guilty before proven innocent mentality in high-profile criminal cases. At other times, the police feels a need to satiate public anger in its sentencing, as in the case of subway stabber Cheng Chieh or calls for the execution of Mama Mouth killer Hsieh Yi-han. Oftentimes, the media is the one inflaming public outrage through sensationalist reporting for the sake of raising ratings or irresponsible reporting of unconfirmed reports, which could also be seen in the Dean case with erroneous reports of Dean fleeing the country broadcast on television before he actually did. Seeing as this is how Taiwanese criminal suspects are treated, one expects bias towards foreigner criminals to be all the stronger.

While the Dean case, one can visibly see the problems of the Taiwanese justice system based on past precedent. As all these are recent examples, one generally does not expect to see a satisfactory resolution to the Dean case which will answer unresolved questions of justice in a fair, transparent, and accountable manner, then.