Much Commentary On Lin Yi-Han’s Suicide Misses The Point

THE SCANDAL which has followed on the feet of bestselling author Lin Yi-Han’s suicide after a bout of depression resulting from her rape by a cram school teacher nine years ago has, unfortunately, in many cases been revealing of the depths of entrenched sexism and misogyny in much of Taiwanese society. But much discussion about the larger social issues at stake has largely missed the point, sometimes indulging in the sensationalism particularly regarding female subjects which Taiwanese media is all too well-known for, or otherwise focusing on targeting Lin’s victimizer to the exclusion of everything else. How, then, to shift discussion in a direction that will ultimately address these broader social issues in the future?

Namely, while it is to be hoped that the massive public discussion of the issue will lead to reflection on cases of sexual assault in Taiwan, at other times, discussion has simply focused on vindictively punishing the apparent culprit, former cram school teacher Chen Kuo-hsing. Sometimes, especially when such vindictive calls come from men, this evinces paternalistic attitudes. Obviously, questions of justice are up in the air, and Chen should be punished for any past illegal wrongdoing. But there are far broader questions of entrenched sexism and “rape culture” in Taiwanese society which should be addressed here, rather latching onto and targeting one sexual assaulter. Arguably, Chen is only important insofar as his past behavior points to a larger pattern in Taiwanese society of men in senior positions committing sexual harassment or sexual assault towards women in junior positions, as we see with cases of sexual assault in the workplace or other incidents involving teachers with improper relations with their students. 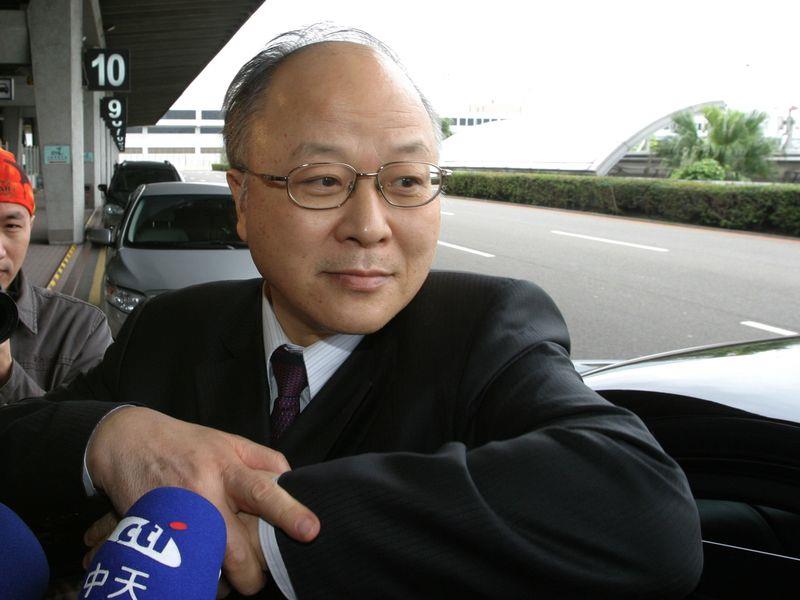 Indeed, many of the responses from society have been dismaying. Most readily, one can point to the example of former government official Guo Guan-Ying’s public commentary on the case, which has caused no small amount of public outcry. Guo, a former member of the Executive Yuan’s news bureau known for his outspoken pan-Blue views, praised Chen’s actions, defending Chen as a fellow member of the pan-Blue camp and seeing attacks on Chen as coming from the pro-independence camp.

Guo who previously caused controversy for referring to himself as a “high-class Mainlander”, disparaging benshengren Taiwanese as rednecks, and praising the “White Terror,” also praised Chen because “he loved a beautiful daughter of Tainan and they do not have many pretty ones down there; a rare beautiful woman fell in love with a handsome rich Taipei person and wrote a novel about it”. Guo would be continuing his past behavior of ethnic chauvinism with these comments, then, insofar as as Tainan has a large benshengren population and Lin Yi-Han hailed from Tainan.

Unsurprisingly, such comments provoked public outcry, leading Tainan legislators and city councillors to hold a press conference condemning Guo’s comments. But one generally suspects that, with many of his comments, Guo only garners a large amount of media attention because of his willingness to publicly express starkly reactionary views. It is, in fact, surprising that Guo commands such attention as to garner responses from legislators, rather than be dismissed out of hand as a crank. 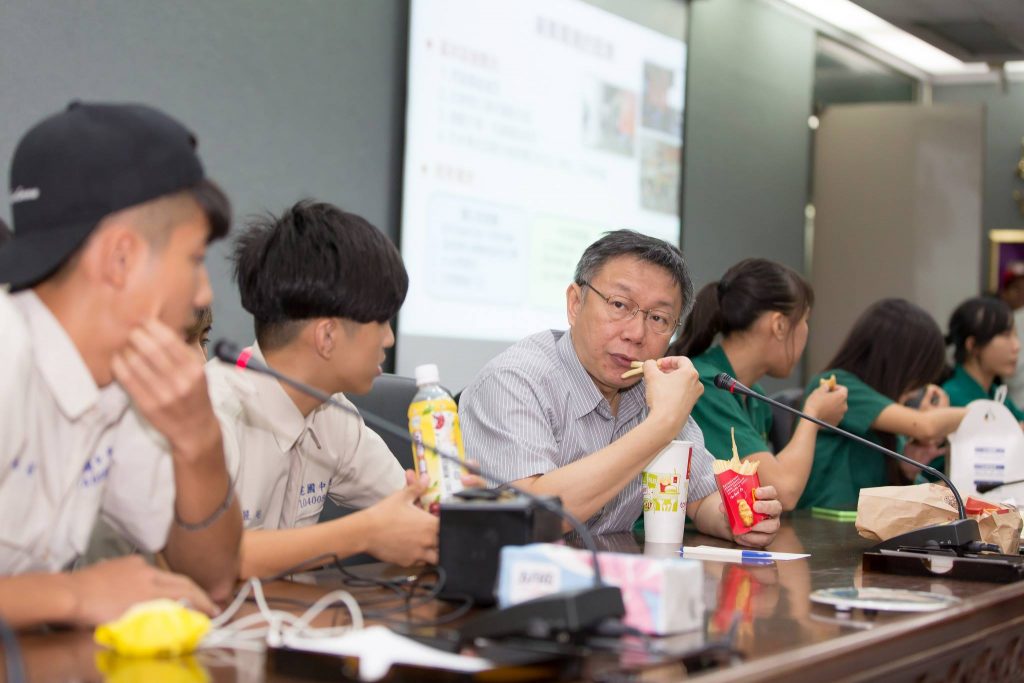 More serious, however, would be recent comments by Taipei mayor Ko Wen-Je which illustrate the depth of entrenched social attitudes in Taiwan. While Ko has not commented publicly on the Lin Yi-Han case, in a closed door meeting with DPP officials, Ko in an analogy in comparing forced land acquisition to rape and offering market rates for land to be acquired as akin to seduction. These comments provoked outcry from members of the media and women’s groups. Although Ko has promised to watch his words next time, Ko has a long history of sexist comments made offhand, including denigrating gynecologists as “mak[ing] a living between women’s legs,” as well as suggesting then-KMT mayoral candidate Chen Yi-chen was not suited to be mayor of Chiayi as a woman and should instead be a receptionist.

Namely, male Taiwanese politicians as Ko oftentimes evince casual sexism. Sometimes this is chauvinistic in nature, as seen in Ko’s comments about Chen Yi-Chen or DPP politician Koo Kwang-ming’s dismissive comments about then-political rival Tsai Ing-Wen suggesting that Tsai was not suited to be president of Taiwan as a woman, particularly since that would entail Tsai being commander-in-chief of the military. But at other times, this is more outright misogynistic, as observed in Ko’s rape comments, which naturalizes seduction and rape—rather badly timed comments for Ko to make when these issues are as heavily discussed in Taiwanese society as in the present. From casual comments by leading Taiwanese politicians, one can see how the naturalization of rape or how rape is taken lightly is a more pervasive problem in Taiwanese society.

Indeed, as with elsewhere in the world, Taiwan suffers from the problem of naturalization of rape—so-called “rape culture”, in which sometimes rape somehow comes to seen as okay if you get away with it, or that women somehow enjoy the process. A recent controversy at National Taiwan University in which a student group advertised an event using an image from a Japanese AV of a bound woman surrounding by men, with the accompanying text suggesting gang rape, is also indicative of the normalization of rape culture in Taiwan. 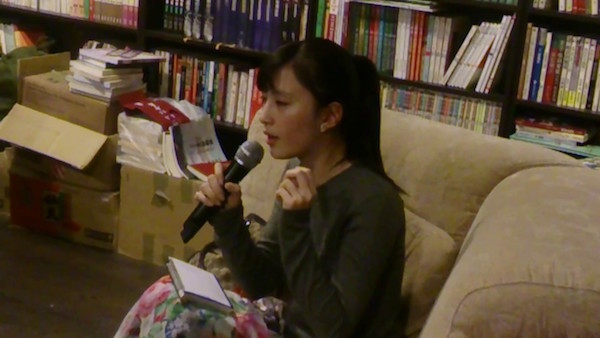 And while rape culture is hardly a problem specific to Taiwan, in many East Asian countries, there remains a cultural stigma about rape in which rape is best seen as something not to be discussed after it has occurred, as a result of which the lingering trauma from rape is left untreated. Sometimes this pressure comes from the family of the rape victim, which does not want to attract public attention, from institutions seeking to defend their reputations, or even from the police, which sometimes discourages filing reports in order to avoid the trouble.

This may have been the case with the Lin Yi-Han case, in which no police report was filed by the victim or her family at the time of the alleged rape. Some speculate that Lin’s family may have feared public scandal at the time, given that Lin was the daughter of a prominent dermatologist in Tainan, particularly given the stigma regarding mental illness in Taiwan. Although Lin’s family has been outspoken on the set of circumstances which led to their daughter’s death in recent times, this may also be why individuals alleging to be friends of Lin have sometimes urged that only Lin could speak for herself, and that what her family says now may not exactly be accurate either. Although entirely speculative, Lin’s family may be attempting to deflect blame for past actions and their past handling of the incident by coming forward now, for example.

Certainly, a large factor in Lin’s suicide was that the cram school in which the incident took place likely attempted to cover up the incident for fear of damage to its reputation. While many politicians have honed in on cram schools in particular for their lack of accountability, given that cram school teachers are allowed to teach under fake names as Lin’s accused assaulter did, this is a problem more extensive in Taiwanese society. But the alleged attempted cover-up of a rape incident at Fu Jen Catholic University’s Department of Psychology by professor Hsia Ling-Ching, for fear of damage to the department’s reputation is also illustrative of how the problem is not one confined to cram schools. In particular, the Fu Jen Catholic University cover-up happened in spite of Hsia’s reputation as a noted feminist and the Fu Jen Catholic University’s reputation as a sexually progressive institution. Generally, one thinks that if a cover-up could even happen at Fu Jen Catholic University’s Department of Psychology, it is not surprising it could occur elsewhere in Taiwanese society. Perhaps gesturing towards the political divides which run deep in Taiwanese society, the Fu Jen Catholic University rape scandal, too, was an incident in which Hsia’s defenders sought to defend her much in the same manner that Guo Guan-Ying sought to defend Chen Kuo-hsing by accusing Hsia’s critics of targeting her because of her pan-Blue political views. It is missing the point to see the issue as only one of cram schools. 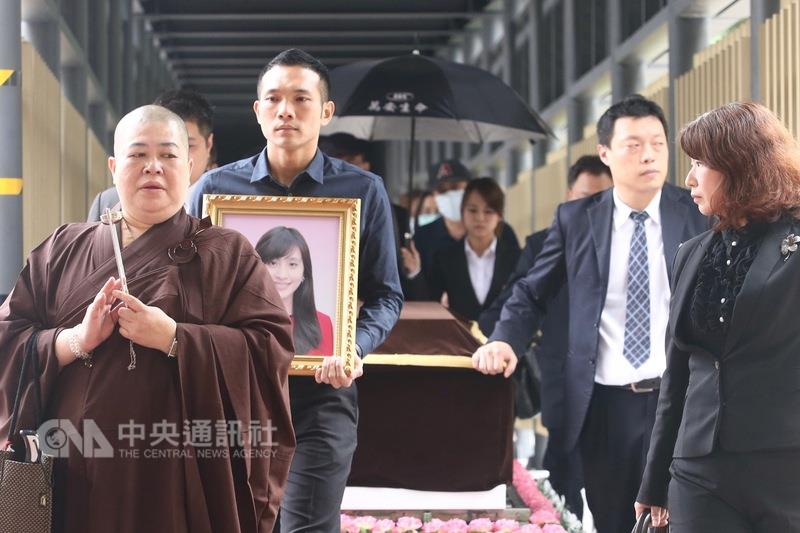 Lastly, while lacking discussion in most commentary, the Lin Yi-Han suicide also points to needs to change the stigma surrounding mental health issues in Taiwan. Reportedly, for fear of gossip affecting her family, Lin Yi-Han travelled from Tainan to Taipei every time she needed to see a psychiatrist, something she did twice a week during high school. This social stigma regarding mental illness in Taiwan, even in cases of trauma after a rape incident, was no doubt a factor in Lin’s suicide.

As a result, while following massive public outcry, politicians have promised to take action on the case, it is also to be questioned whether any reform measures that politicians promise will have any real effect or will simply be papering over existing problems. One suspects that while there may be much talk in the present, once the scandal dies down, there will not be any real attempt made at addressing the structural issues which led to Lin Yi-Han’s death. And one also suspects that institutional changes will not be enough. A great deal of the problems at hand here are evidently deeply rooted in the cultural attitudes of society, and this will not be easy to address.