Why Is The KMT So Fixated On Defending Chiang Kai-Shek?

THE KMT IS fighting a losing battle by fixating on the issue of Chiang Kai-Shek. High-profile KMT party leaders such as Hung Hsiu-Chu, Alex Tsai, and others defend Chiang’s role in Taiwanese history and the pervasive Chiang Kai-Shek iconography throughout Taiwan which is  a lingering legacy of the cult of personality which once surrounded Chiang. In the present, the KMT generally sees itself as combating the specter of “cultural Taiwanese independence” which is being advanced by the DPP. However, given Chiang’s evident legacy of authoritarianism, why is the KMT fixating on defending Chiang to the degree of political irrationality? The answers lie in the KMT’s political ideology.

Much English-language writing on the KMT fails to grasp that the KMT was once a party with a extensively developed political ideology at its core. Namely, in the KMT’s original form in China, it began as a revolutionary party and hails from an era of politics in the early to mid-20th century which charismatic leaders of revolutionary parties founded political parties borne of mass movements and forged ideologies to hold together their parties and guide their followers. Once a revolutionary party had seized power, it would usually use the state as the podium to spread its ideology further, in the process forming a party-state. Examples of such political parties included the Soviet Bolsheviks (which espoused Bolshevism, Leninism, and later Stalinism), the Italian fascists (which espoused Fascism), and the German Nazis (which espoused Nazism). 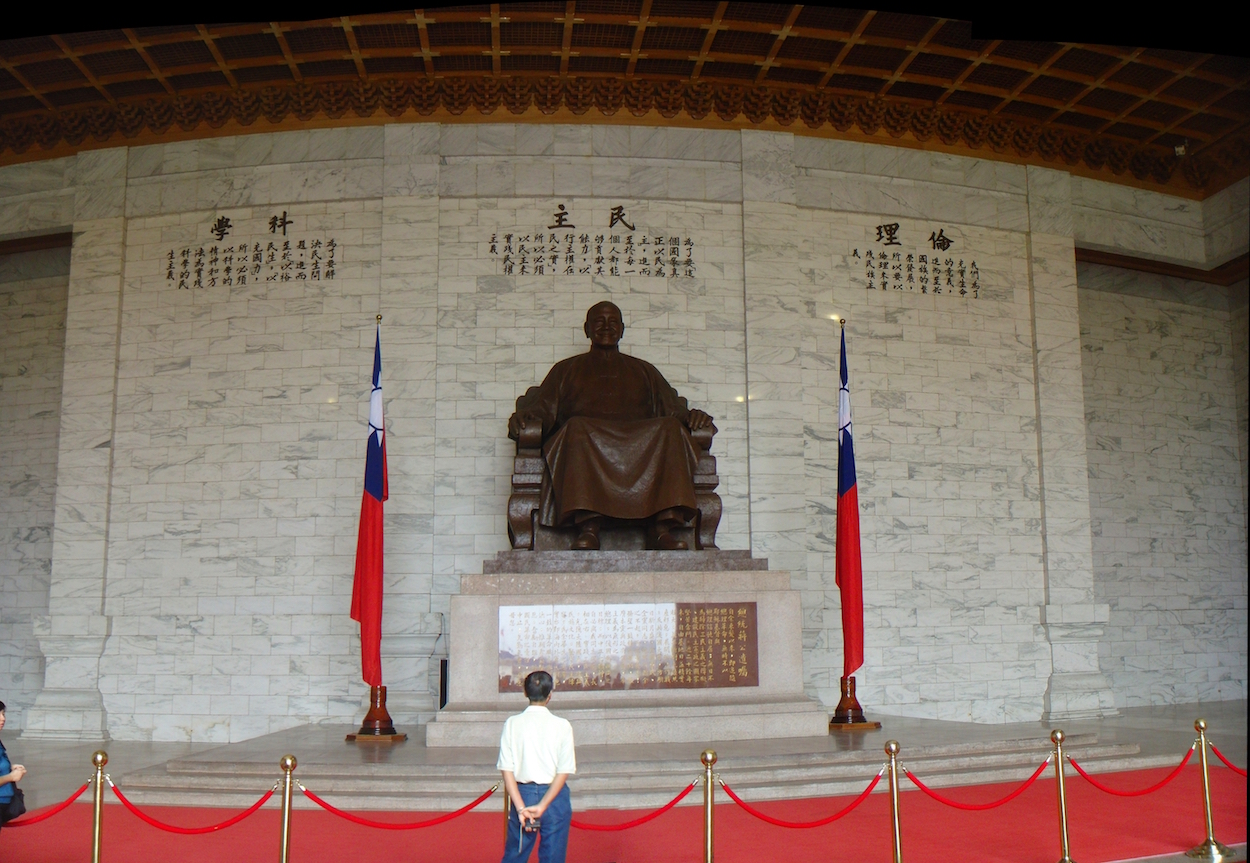 For Sun Yat-Sen, who sought to reform China while drawing inspiration from Western political philosophy and contemporary political developments, mass political parties such as these were models to be emulated. The rival political party of the Chinese Communist Party and other Asian communist parties can be seen as having had similar western models in mind with regard to their emulation of the Stalinist USSR and their espousal of ideologies founded upon the views of their leaders (Maoism, Juche, Ho Chi Minh Thought, and other examples). And, indeed, Sun’s successor Chiang Kai-Shek, cited Mussolini in his writings as an inspiration in this regard, as well as continued to see mass political parties as the necessary form of governance by which the KMT would comprise part of the Republic of China party-state and espouse the doctrine of Tridemism (三民主義), the political philosophy founded by Sun Yat-Sen, sometimes also referred as the Sanmin Doctrine or Sun Yat-Senism.

As such, there has always been a complex ideological system behind the KMT, and the KMT’s belief in Tridemism borders on religion at times. Again, Tridemism was influenced by western political developments concurrent with the Chinese Republican period in which Sun did his writing, including the aforementioned rise of mass political parties in the early 20th century that were Communist or fascist in nature and the political philosophy which undergirded these parties. But apart from those influences, Tridemism also contains the following: Mystical elements stemming from Sun’s attempt to synthesize western political thought with eastern spiritual practices; an aestheticized and mytho-poetic view of longue durée Chinese history; and a central focus on melding the ancient unity of Imperial China with its then-warring Republican form. This national unification aspect of Tridemism now translates into the KMT’s drive to achieve the unification of Taiwan and China. After all, while KMT elites certainly have a lot to materially gain from unifying Taiwan and China, leading to criticisms that the KMT is motivated by the desire to “sell out Taiwan”, sometimes many KMT members’ drive towards unification is not fueled by rational material self-interest, but by an irrational ideological fixation on unification which is not aimed at any rational self-interest. 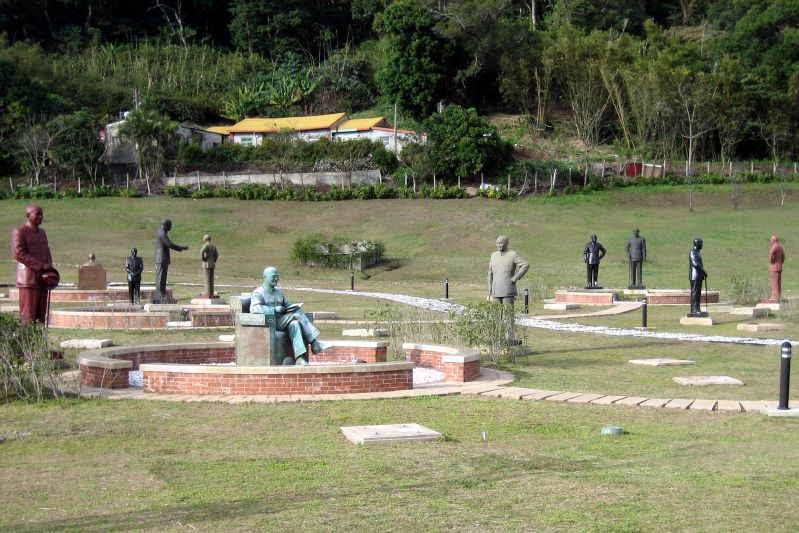 The Garden of the Generalissimos in Ciho, where many removed Chiang Kai-Shek statues have been relocated to. Photo credit: Prince Roy/Flickr/CC

If Tridemism is something akin to the KMT’s religion, its privileged deities are Sun Yat-Sen, Chiang Kai-Shek, Chiang Ching-Kuo, and others. Or at least Sun Yat-Sen, Chiang Kai-Shek, and Chiang Ching-Kuo are its central discursive figures who constitute the linchpins holding together the ideology as a whole. This is why removing traces of Chiang’s cult of personality provokes such strong reactions from members of the deep Blue camp.

But over the past decades, along with the process of Taiwanese democratization, the KMT has drifted away from its ideological roots in Tridemism. In this context, we can understand deep Blue ideologues’ calls for a return to party fundamentals, with the claim that without its guiding ideology of Tridemism the KMT has lost its way, and this necessitates a return to the party’s original principles. Thus, deep blue adherents such as Hung Hsiu-Chu and others see themselves as combating dangerous trends in not only Taiwanese society, but within the KMT. Deep blues’ fears of the drift away from Tridemism are tied to current internal factional conflict within the KMT between deep blues and those who call for steering a more politically moderate course which might actually allow the KMT to win future elections. And so if Hung, Tsai and others fighting a losing battle over Chiang Kai-Shek with Taiwanese society, Hung and cohort’s actions also reflect the KMT’s ongoing internal crisis over the party’s ideological future—with the continuing question of whether the party will have a future at all at stake.