CHANG YA-CHUNG, the head of the Sun Yat-Sen School, has gotten into an unusual spat with former party chair Hung Hsiu-chu in the last few days. The dispute revolves around claims by Chang that he will facilitate a loan of five million USD to the party in order to alleviate some of the KMT’s financial issues.

Chang is currently running in the KMT party chair elections and, alongside Changhua county magistrate Cho Po-yuan, has positioned himself as a hardline deep Blue candidate. This is to be distinguished from relative moderates Johnny Chiang and Eric Chu, who have come under fire from Chang and Chu for past calls to change the party’s messaging to win public support. 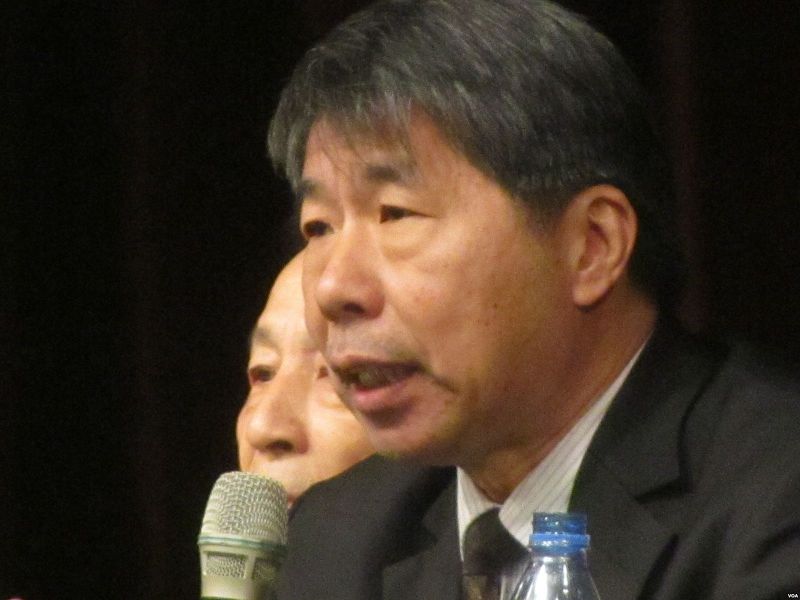 While Chiang and Chu have, in the past, called for trying to change the KMT’s pro-China image, during KMT chair debates, Chang instead called for the KMT to double down its emphasis on Chinese identity, specifically that Taiwanese identity is a form of Chinese identity. Compared to Cho, it appears to be Chang that is the current frontrunner for winning the support of the deep Blues, however, given his recent involvement in pan-Blue vaccine acquisition efforts.

In May, at a time in which Taiwan was in severe need of vaccines, Chang claimed that he would facilitate the donation of five million BioNtech vaccines and five million Sinopharm vaccines. The donor would be Zeng Nian, the head of the Beijing Cross-Straits Eastern Cultural Center, a little-known organization.

Chang’s claim proves strange in that he asserted that he could facilitate this vaccine donation at a time before China had approved BioNTech vaccines and these vaccines would be sent over from China. Chang’s claim that he could facilitate this donation took place around the same time that FoxConn chair Terry Gou and pan-Blue local governments began calling for being allowed to negotiate vaccine purchases on their own.

It appears that Chang is in the habit of producing mysterious donors out of thin air. This time around, Chang claims that he will borrow five million USD from a Malaysian friend. To do this, Chang will need a promissory note from the KMT promising repayment of the debt. The issue that has arisen with Hung Hsiu-chu, who is the current chair of the KMT’s central standing committee, and other KMT leaders, however, is the possibility that the KMT will issue a promissory note to Chang, but then no check will materialize. Hung has stated that she was unaware of Chang’s proposal ahead of time and surprised he brought it up at the committee meeting, producing three sample promissory notes during the meeting.

The dispute between Hung and Chang is unusual. Hung was the founder of the Sun Yat-Sen School, a deep Blue educational institution, and named Chang as its first head. Chang previously served as an advisor of Hung’s and campaigned on her behalf in the chair election that put Hung in power as party chair, following her failed 2016 presidential run. Chang even came under fire in 2017 for using campus facilities on the National Taiwan University rented by the Sun Yat-Sen School to phone bank for Hung.

Hung took the KMT in a starkly pro-unification direction, seeking to replace the 1992 Consensus’ “One China, respective interpretations” with what she claimed to be an “advanced version” of the 1992 Consensus that would replace this with “One China, same interpretations.” Although Hung’s taking up the position of party chair pleased party hardliners, who wished to see the KMT return to fundamentals after its widespread defeats in 2016, this was too much even for party stalwarts such as Wu Den-yih—hardly a reformer within the party. As with her time as the KMT’s presidential candidate, Hung as party chair was little inspiring of public support given backlash against the KMT for its pro-unification stances. Chang Ya-chung seems similar to Hung ideologically, however, and so any differences between them likely do not stem from political beliefs.

Likewise, this would not be the first time that the KMT has borrowed money for party expenses. With the KMT’s finances strapped after the DPP’s probe into illicit assets retained from property seizures during the authoritarian period, this led Hung to borrow money from Terry Gou’s mother to fund the party. It is unclear why Chang Ya-chung borrowing money from a donor would provoke backlash from Hung.

That being said, it was always a question as to who Chang’s mysterious donors were. It is possible that it is, in fact, the Chinese government that would have provided vaccines to Chang had he been able to negotiate Taiwan into accepting the vaccines he claimed to offer. So, too, with the mysterious donor that Chang claims will be able to loan him five million USD for the KMT—it could simply be the Chinese government that would loan or provide Chang with five million USD. This is unknown. It remains to be seen if there will be clarity about this incident, if at all.