WHILE RUMORED for some time, James Soong’s appointment as Taiwan’s envoy to the upcoming APEC summit in November has raised eyebrows among many.  It is unusual that Tsai Ing-Wen named a deep Blue politician as Taiwan’s representative to the meeting of an international body. This is particularly true given APEC is one of a handful of international bodies of which Taiwan is a member, as Chinese interference prevents Taiwan from joining many international bodies. Nevertheless, Taiwan participates in APEC under the name “Chinese Taipei.”

Soong is the chairman of the People First Party (PFP). The PFP is one of numerous political split-offs from the KMT, is largely composed of former KMT members, and continues to operate as part of the pan-Blue coalition. Soong is himself a former KMT member, having held high government positions and served as Lien Chan’s vice presidential candidate during Lien’s 2004 run for presidency, though by that time Soong was already an independent politician. Soong ran for president in 2016, but Soong was never an actual contender for the presidency as a third party candidate.

Though Soong is an experienced politician, Tsai appointing James Soong as Taiwan’s APEC representative is strikingly contradictory given Tsai’s current initiatives. One of those initiatives is transitional justice legislation aimed at achieving historical justice for past crimes of the KMT party-state during Taiwan’s authoritarian period. Soong, as former head of the Government Information Office that controlled information censorship under the KMT party-state, was directly responsible for the persecution of dissidents during the authoritarian period.

Soong’s appointment continues a larger pattern by Tsai of appointing pan-Blue officials to public office—even ones with checkered pasts during the period of one party rule by the KMT. At the same time, Tsai claims be committed to pursuing transitional justice for the authoritarian period’s crimes. Other past appointments which have raised similar controversy include the appointment of David Lee as Minister of Foreign Affairs and the attempted nomination of Hsieh Wen-ting as president of the Judicial Yuan. Both are individuals with questionable records during the authoritarian period.

If members of the pan-Blue camp, specifically the KMT, have claimed that they are the only political actors in Taiwan able to maintain stable relations with China, one explanation for Soong’s appointment is that perhaps even Tsai believes this to some extent. With a recent wave of Taiwan’s exclusion from international organizations because of Chinese influence, as some have suggested, Tsai may hope to appeal to China by appointing a deep Blue politician as her APEC representative. Tsai may hope that China will relent on efforts to exclude Taiwan from international organizations, with the appointment of Soong serving as an olive branch gesture. In particular, Soong may encounter Chinese president Xi Jinping at the APEC summit. Soong and Xi have met before, Xi and Soong meeting in 2014 during one of Soong’s many trips to China. 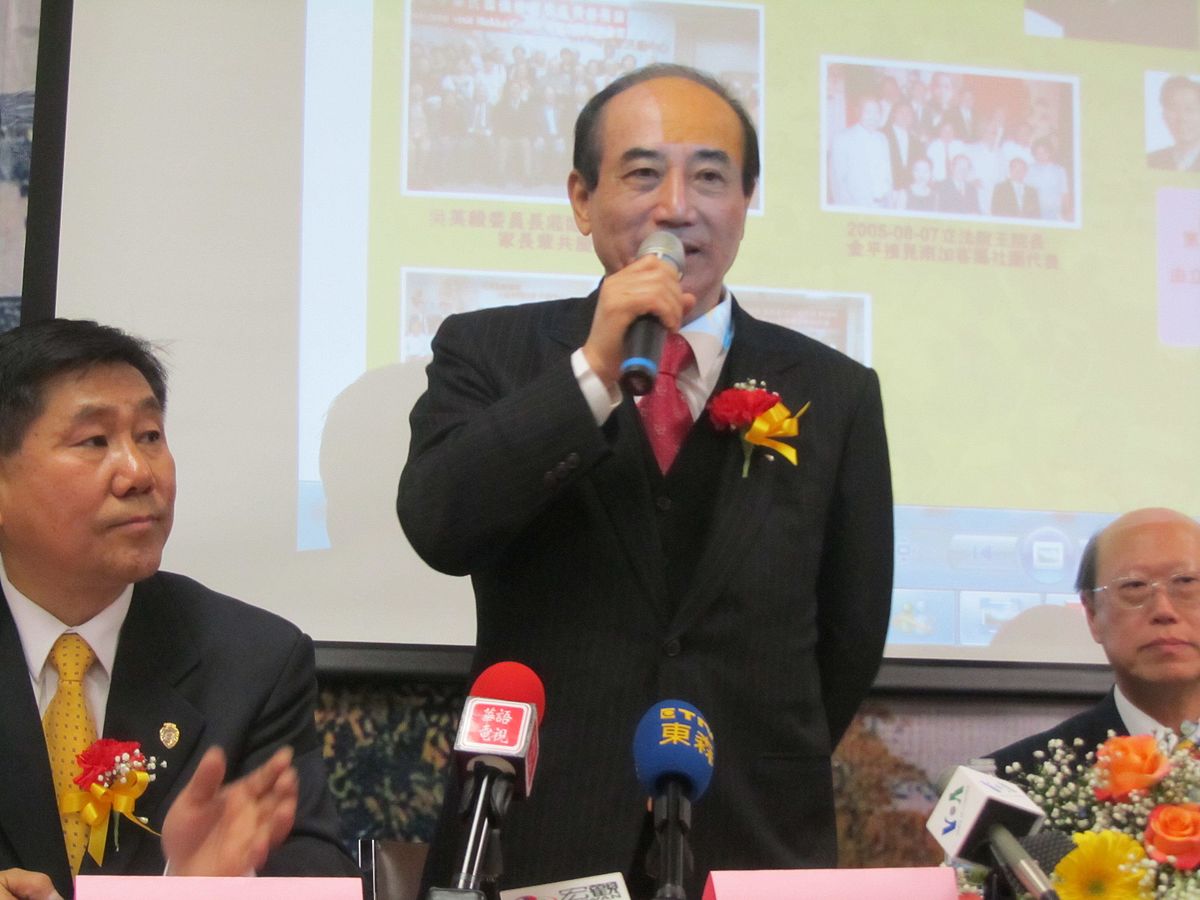 In the same vein, Wang Jinpyng of the KMT was previously considered for chairman of the Straits Exchange Foundation (SEF), though in the end Wang did not take the position. This may have also been with the hopes that appointing a member of the KMT as head of the SEF would be more amenable to China. However, China does not seem to have taken well to Soong’s appointment as Taiwan’s APEC representative, perhaps seeing the move less as a conciliatory gesture and seeing it more as Tsai appointing a fringe third party politician as her APEC representative.

Another explanation for Soong’s appointment as Taiwan’s APEC representative is that Tsai is seeking to drive a wedge in the pan-Blue camp, in order for the pan-Green camp to co-opt sections of the pan-Blue camp. Wang Jinpyng being named chairman of the SEF would have created a large divide in the KMT, as Wang is the leader of the “Taiwanese” faction of the KMT which chafes under the rule of the party’s mainlander establishment. As a result, Wang is quite close to some members of the DPP. Given the KMT’s current moment of crisis, it would not be surprising if Wang did begin to flirt with the pan-Green camp. The same may be true of Soong.

Despite Soong otherwise being a deep Blue political figure who calls for a return to traditional pan-Blue values, there have lately been some signs of rupture between PFP and the KMT establishment. The PFP has been criticizing the KMT for stalling on the issue of illegally obtained party assets and refusing to support it on the party assets issue. Along with transitional justice legislation, another major undertaking of the Tsai administration has been resolving the illegally obtained party assets of the KMT from the authoritarian period. The KMT’s party assets make the KMT one of the richest political parties in the world and have long been a contentious issue in Taiwanese politics. Some suggest that conflict between the PFP and KMT may be a product of fighting over the position of SEF chairman between Wang and Soong, however. 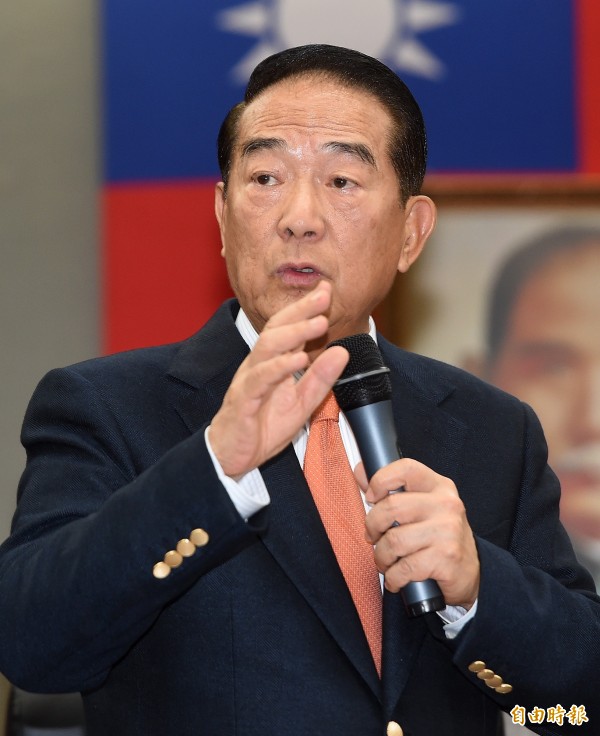 With leadership of the KMT having been taken over by deep Blue diehards, such as current chairperson Hung Hsiu-Chu, party leadership  has taken a hard stance in claiming that the Tsai administration’s investigation of KMT’s party assets is political persecution by the DPP. It is surprising that the otherwise deep Blue PFP has called out the KMT for dishonesty on the issue of party assets. Perhaps this points to either a split within the pan-Blue camp, with Soong realizing that it is time to flee a sinking ship, or Soong’s views legitimately differing from other members of the pan-Blue camp. At odds with his deep Blue political orientation, Soong is notably an associate of current Taipei mayor Ko Wen-Je, who is a political independent known for his strong pro-Taiwan stance. Soong and Ko meet monthly, in order for Ko to seek Soong’s political advice, and Soong has a position as an official political advisor of Ko’s.

Tsai may be hoping to capitalize on Soong to cause a split in the pan-Blue camp, as with Wang Jinpyng before him. Notably, rumors circulated first in the media about both the appointment of Soong as Taiwan’s APEC envoy and the consideration of Wang as head of the SEF before the news was later confirmed to be true. In both cases, information may have been deliberately leaked to the media in order to gauge public reaction before going ahead with planned appointments or nixing the idea.

Yet the appointment of James Soong as Taiwan’s APEC representative seems not only hypocritical but sets a dangerous precedent for the Tsai administration. If even the likes of James Soong can be appointed to a government position, much of the Tsai administration’s push for transitional justice is clearly just talk. This is another sign of increasing DPP conservatism, with the party either too afraid of rocking the boat or too interested in co-opting pan-Blue members to allow the DPP to settle issues of transitional justice. When will justice for the authoritarian period’s crimes be found, then? Evidently it will not occur under a DPP administration. And if pan-Blue political actors continue to enjoy high-ranking political appointments under the Tsai administration, when will the pan-Blue camp’s undue influence over the government be checked?