Hung, The National Palace Museum, And The KMT’s Privileged Position In Relation To The ROC

Recent Comments By Hung Indicative Of The KMT’s Mindset?

RECENT COMMENTS by KMT party chairperson Hung Hsiu-Chu are revealing of the party’s mentality in terms of how it relates to Taiwan. Namely, the KMT does not see itself as merely one of two major political parties in Taiwan, but a party with a special historic relation to Taiwan that places it above other political parties in Taiwan and above the normal procedures of the political system as a whole. As Hung herself would state in response to the popular slogan that “If the KMT does not fall, Taiwan will never improve,” her view on the other hand would be that, “If the KMT falls, Taiwan will fall.”

Comments by Hung come in response to that the KMT is currently facing investigation for ill-gotten party assets. Some of these assets date back to KMT’s property seizures during the authoritarian period when the KMT ruled as the ruling party of a one-party regime. Transitional justice legislation by the Tsai administration likewise mean members of the KMT may be called to task for past crimes during the authoritarian period. 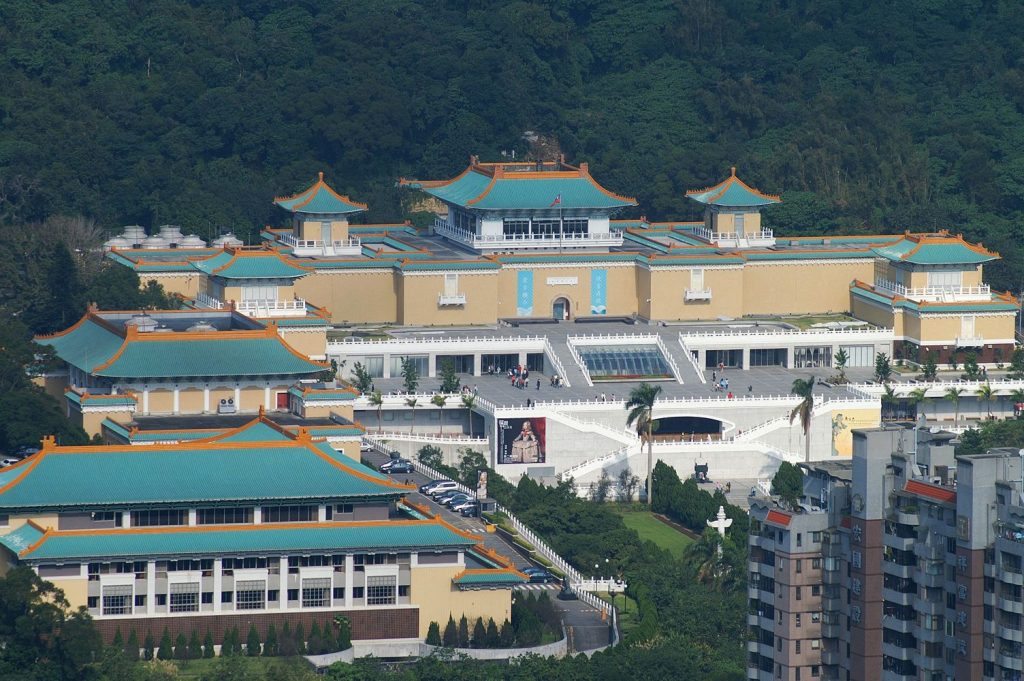 But Hung’s comments would suggest that the KMT would in some sense claim all of Taiwan as its own. For example, in past years, with the rise of pro-localization efforts, it has been a question of what to do with the museum collection of the National Palace Museum. The museum’s collection, consisting of some of the most precious treasures of Chinese history, were brought along to Taiwan by the KMT when it fled from China.

The actions of the KMT in seizing these treasures and that Taiwan continues to hold onto these treasures in the present both stand in murky territory where international law is concerned. Should they be returned to the present day PRC, then, seeing as the PRC is modern day China? Of course, it is that both domestically and internationally, Taiwan is officially still the “Republic of China”. Even the Tsai administration currently has no plans to institute changes to back away from the ROC framework, this still being too controversial and too provocative of China.

Yet Hung would strike a different chord altogether in suggesting through comments on August 18th that the collection of the National Palace Museum should be accounted as KMT party assets, as well. In Hung’s view, the KMT has full credit for preserving Chinese historical treasures that quite possibly would have been destroyed during the Cultural Revolution. This is presumably in line with a view that Taiwan—or rather the ROC—preserves the quintessential essence of China which China lost after its fall to the Chinese Communist Party..

But, as should go without saying, it is that the collection of the National Palace Museum belongs to the ROC and not the KMT. In theory, the ROC should be a neutral body above the KMT after the dismantling of the party-state, with the KMT, DPP, and other political parties contesting over who has political leadership within it as equals. Yet Hung’s views indicate a mentality which sees the KMT as having a privileged relation to and synonymous with the ROC, indicative of a means by which Hung seems to never really have advanced beyond the authoritarian period of Taiwanese politics, and still sees the KMT as having a privileged position within the ROC.

This ultimately gestures towards the inherently undemocratic nature of the KMT and its incompatibility with democratic politics in Taiwan, period. And while it may be important to note that Hung is a party hardliner who has systematically stymied any attempts at localizing or reforming the party within. Even many of the younger reform-minded elements of the KMT carry on a similar mindset in seeing the KMT as a political party with a special historic relation to Taiwan and a historical mission which has been entrusted to the party from its founding fathers.

This is the view of Taiwan they have been vested through the KMT party ideology of “Tridemism” (三民主義), as derived from the ideas of Sun Yat-Sen. Notably, on the other side of the political aisle, the DPP does in fact generally see itself as one of two political parties and does not see itself in anything resembling the Messianic terms with which this KMT sees itself.

Does The KMT, In Fact, Have A Privileged Position Within The ROC State?

NONETHELESS, the irony is that Hung may in fact be correct in stating that the KMT has a unique position in the ROC state and that large elements of the ROC state actually do, in some sense, belong to the KMT. For example, when asked if she had concerns about party asset inspections affecting the KMT, Hung brushed off concerns about inspections of KMT party assets by commenting that inspections were to be conducted by the Investigation Bureau of the Ministry of Justice, an organization close to the KMT.

These may not be idle comments, though Hung probably misspoke in stating this publicly. Namely, within the ROC state, certain institutions remain under the sway of informal personalist networks that trace their way back to KMT control and it is very difficult to dismantle those networks, because they do not officially exist, are not formal institutions, and operate at the level of personal connections between individuals with pan-Blue loyalties. As such, although the institutions of the ROC should be not exactly be synonymous with any party and in that way politically neutral ground, there are lingering and powerful remnants of the former KMT party-state within the present ROC state. 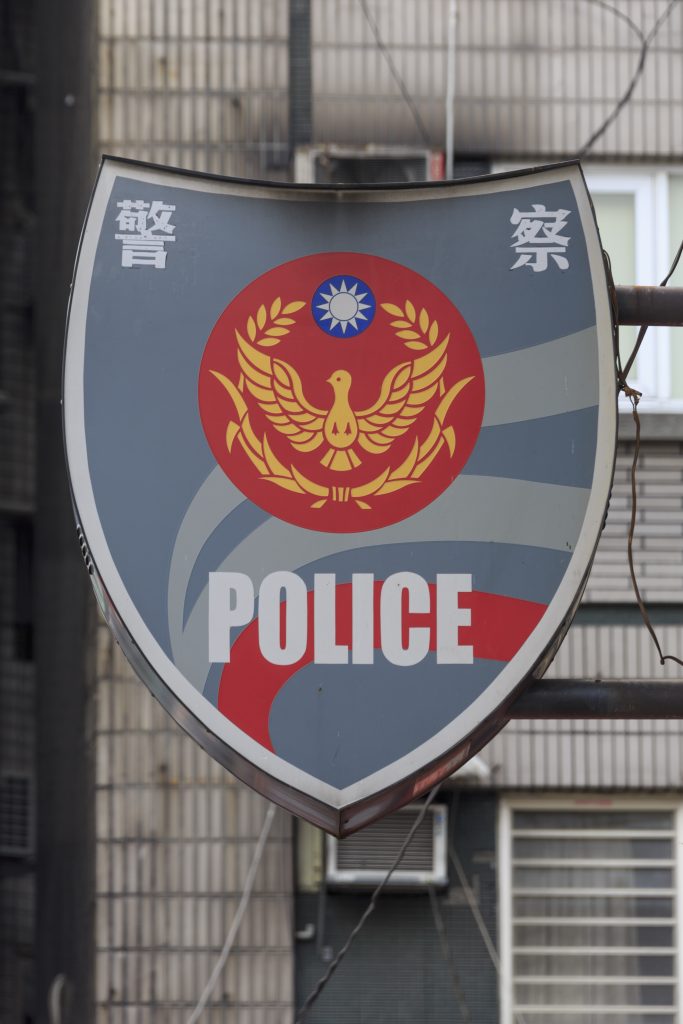 Many public institutions, such as the police, continue to feature the KMT party insignia in their logos. Photo credit: WikiCommons

Notably, it is a critical issue that the KMT has undue influence over the Ministry of Foreign Affairs, allowing the KMT to influence Taiwan’s foreign affairs, as sometimes evidenced in the actions of TECO institutions abroad towards overseas Taiwanese communities. We can also see undue influence of the KMT within the military, for example, with forcible seizure of White Terror documents by the military police earlier this year. In the case of the Investigation Bureau of the Ministry of Justice, it seems likely that because of the nature of the KMT’s former one party rule as an authoritarian regime, the KMT retains close ties with the ROC’s security apparatus.

But such would be the contradictions of Taiwan in the present. Although Taiwan is often held to be “post-authoritarian” on the basis of the opening up of free elections, it is in fact that many of the past issues of the authoritarian period remain unresolved. This is what is very visible in the present.