CHINA AIRLINES cabin crew, pilots, and maintenance staff held a demonstration on May 31st regarding changes in working hours. Workers numbered 1,500 strong, the march beginning outside of the Ministry of Transportation and Communications, proceeding through Linsen Road and Nanjing South Road, to arrive at China Airlines’ branch office in Taipei. The demonstration was been preceded by three China Airlines flight attendants standing outside China Airlines’ branch office for over twelve hours starting from 4 AM that day.

As part of a waiver which workers are required to sign as part of Article 84-1 of the Labor Standards Law, according to workers, China Airlines is seeking to increase the work time of airline staff to 220 hours per month, more than the 174 hours which the act would stipulate. It is reported that China Airlines would also seek to redefine work hours for flight attendants, counting work hours as starting from 90 minutes from departure to 30 minutes after landing, a decrease from the previous policy of counting work hours from 140 minutes before departure and 60 minutes after landing. 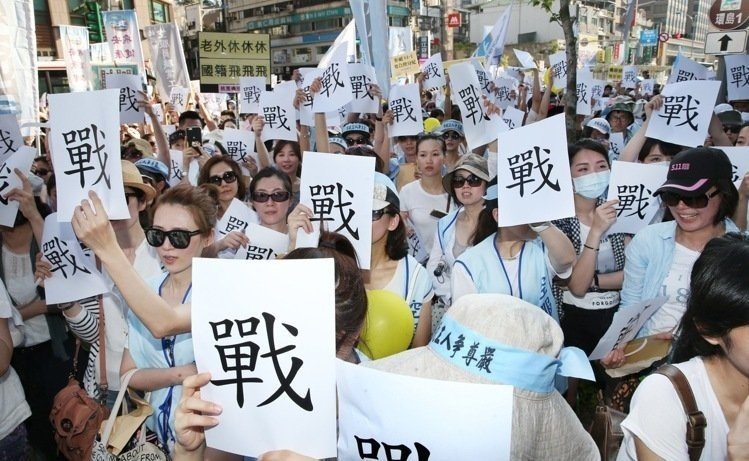 Despite the shortening of work hours in which cabin crew would be paid, the amount of work cabin crew have to perform would remain the same, however. Workers would also be signing away their rights to overtime and negotiation of work hours through the waiver. Article 84-1 of the Labor Standards Law is aimed at reducing excessive overtime. Part of the issue at hand, however, is that international airline flights can last for over eight hours. There is concern that this would lead to flight attendants working on regional flights being deprived of their rights as compared to those working on international flights, as well as loss of rest time. As such, workers are refusing to sign off on the waiver.

In the demonstration, the Taoyuan Flight Attendant’s Union and Taoyuan Pilot’s Union was joined by the China Airlines Maintenance and Engineering Labor Union. There are calls from unions for a possible strike to occur from June 9 to June 11, during the Dragon Boat Festival, if negotiations are unable to be resolved by then. In joining with the cabin crew union’s call for a possible strike, the China Airlines Maintenance and Engineering Labor Union has cited the deteriorating conditions of airplane maintenances staff, with loss of job security, increased turnover rates, and outsourcing of work to dispatch companies. Maintenance staff have cited the importance of their work in ensuring airplane safety in spite of poor treatment by China Airlines. Likewise, pilots have expressed concerns that they will have their amount of leave cut. 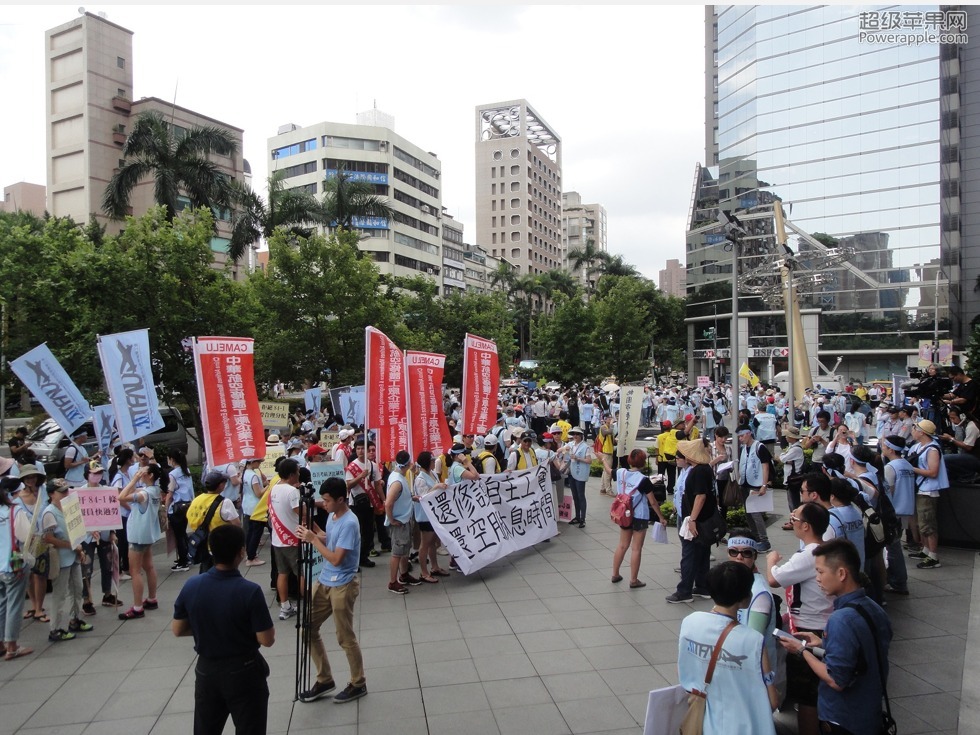 It remains to be seen as to whether the situation will lead to a strike. However, this would not be first time that recent changes in the Labor Standards Law has led to demonstrations from Taiwanese unions. Recent changes in the Labor Standards that would reduce the amount of work hours that workers can legally work from 84 hours per two weeks to forty hours per week, have been controversial. The act also does not stipulate a mandatory two days off per week and how to calculate overtime pay remains an issue. The act has been demonstrated against by other labor unions because of a loss of public holidays that would also go with the act, seeing a dramatic attempt at occupying the Ministry of Labor in December 2015 in the lead-up to 2016 presidential elections, as well demonstrations during May Day.