THE CENTRAL EPIDEMIC Command Center (CECC), which coordinates Taiwan’s COVID-19 response, announced 207 new cases of COVID-19 today. 206 cases were from domestic transmission, while one case was imported. The individuals ranged from under five to around 80 years old, having displayed symptoms of COVID-19 between 4/6 and 5/15.

Taipei and New Taipei continued to be where there were the most cases. 89 cases were in Taipei, 96 in New Taipei, 9 in Changhua, three each in Yilan and Hsinchu, two each in Taoyuan and Keelung, and one in Taichung.

14 new cases out of a total of 105 cases were linked to tea houses in Wanhua, while 19 out of 44 total were linked to other entertainment establishments in Wanhua. One new case was linked to entertainment establishments in Yilan. 44 cases are under investigation as to their cause. Wanhua in Taipei, with 58 cases, and Banqiao in New Taipei, with 32 cases, were the districts in Taipei and New Taipei with the most new cases.

At the press conference held by the CECC, Minister of Health and Welfare Chen Shih-chung called on businesses and establishments to enact guidelines for COVID-19 prevention set out last year. Apart from calling for cooperation between local governments and the central government, Chen also called on businesses to allow workers to take days off if they feel ill.

CECC officials outlined what to do in case of COVID-19 infection for individuals demonstrating symptoms, calling on them not to take public transport, not to share utensils with family members, and etc. More broadly, Chen called on the public not to go out or travel unnecessarily and to wear masks and frequently wash hands if they do so.

As there is concern about COVID-19 spreading through public transportation, Chen called on passengers to use Easycard, iCash 2.0, and iPass cards that have been registered online with their real-name identities to pay, since this would allow for contact tracing. The three major smartcard companies for public transport in Taiwan will advertise this and QR codes will be set up for real-name registration on public transport, though Chen emphasized that more measures need to be done to make technologically-challenged elderly individuals—such as himself—to understand these measures.

For testing sites, individuals with symptoms will be prioritized for testing, while social distancing and mask-wearing will be maintained for lines. With reports of individuals turned away because of an overwhelmed testing system, plans are to increase testing capacity. Cities outside of Taipei and New Taipei have been called on to set up new testing sites.

With the rise in misinformation and disinformation circulating about the current outlook in Taiwan, Chen likewise called on the public not to spread fake news. Chen stated in response to a query by a journalist that the government would research how to set up a centralized channel for distribution of accurate information. Scams are reportedly on the rise regarding individuals purporting to represent the CECC and asking for individual’s personal information. 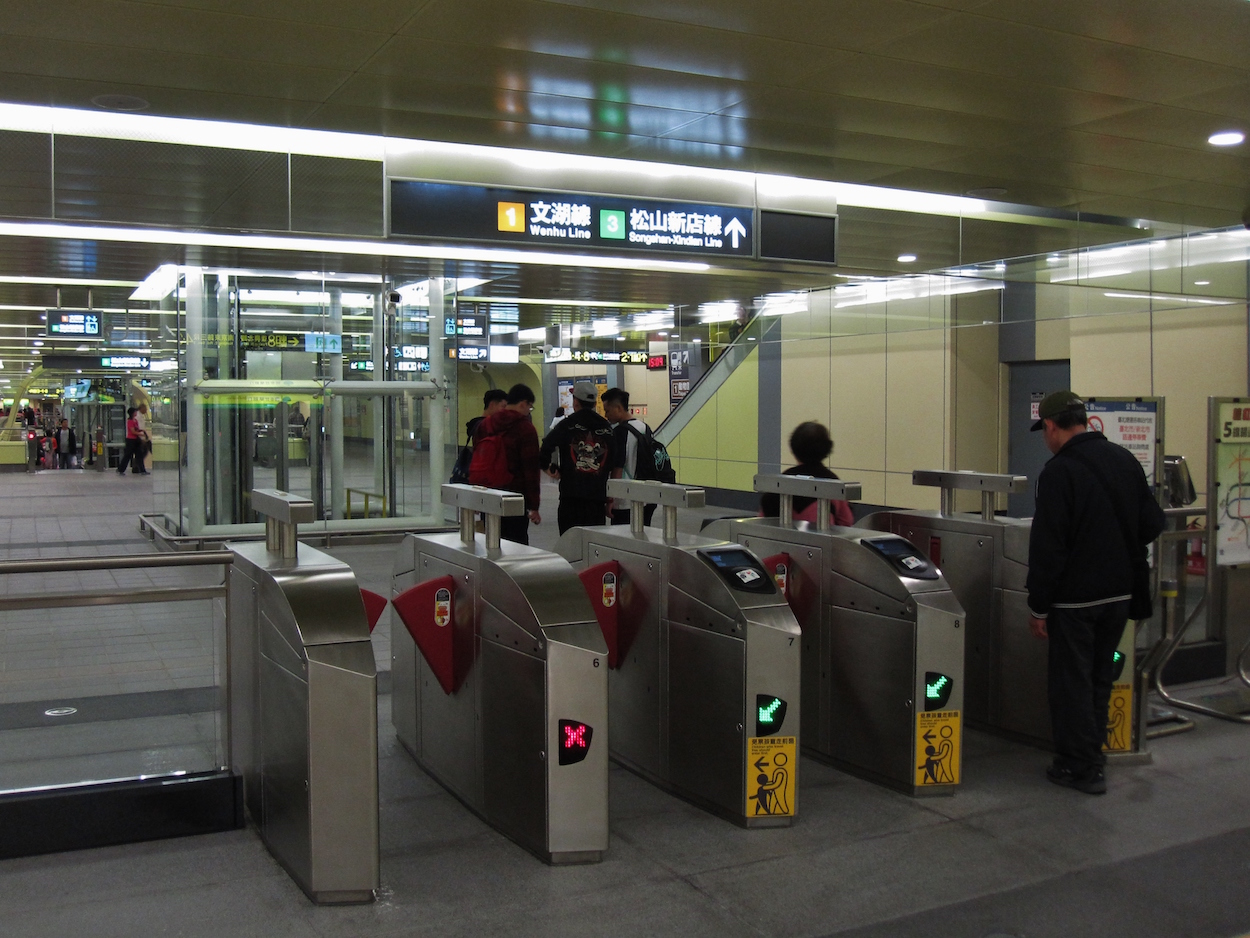 Questions have been raised regarding the availability of negative pressure wards currently available in Taiwan. 257 of 654 wards are empty, but there is limited supply in heavily-affected areas in northern Taiwan—Taipei has only 51 wards. As for specialized wards to treat COVID-19, there are a total 2,400 wards available, but there is again limited supply in Taipei and New Taipei—with 209 wards available. Plans are to set up specialized hospitals for COVID-19 treatment, with plans to set up two in Taipei.

Three domestic cases were detected on Monday, with seven on Tuesday, sixteen cases on Wednesday, thirteen cases on Thursday, 29 cases Friday, 180 cases yesterday, and 206 cases today. That being said, even with a new record in cases set today, it may be a positive sign that the increase in cases was not exponential.

With Taipei and New Taipei on level three alert status until May 28th, this has led to significant decreases in the number of people outside in crowded urban areas. Daily ridership on the Taipei MRT decreased by one million yesterday, with around 590,000 riders. Taipei and New Taipei announced that high schools and middle schools will be suspending classes for third year students from tomorrow onward—Minister of Health and Welfare Chen Shih-chung seemed to only find out about this in the middle of his press conference today, suggesting lack of coordination between the central and local governments.

Disinfection of Wanhua, where the most infections in Taipei are, have been undergoing since 8 AM today, as carried out by the military and Department of Environmental Protection. Concerns have been raised regarding the potential effect of the disinfection, which consists of spraying bleach mixed with water, on the homeless population in Wanhua, with a confrontation between a local woman and disinfection workers this morning. The resident homeless population generally does not have masks and may be unaware of the disinfection, despite announcements broadcast last night. This is the second round of disinfection to take place in Wanhua, with some criticisms that this is more performative than not.

Due to concerns regarding medical workers becoming infected with COVID-19 after exposure to a confirmed case, the Taipei City Hospital Heping Branch is closed to outside visitors. As this is the closest major hospital to Wanhua, this has led to fears that this will lead Wanhua individuals with symptoms of COVID-19 to take the MRT to go to hospitals elsewhere, with news yesterday that a Wanhua resident took the train to Tainan to go to a hospital after experiencing symptoms. The government has called on citizens to avoid travel between level two and level three areas.

To this extent, a Chunghwa Post worker with a high number of contacts that has tested positive for COVID-19 has been feared to potentially be a super-spreader along the lines of a former New Taipei Lion’s Club chapter head. The worker in question was not a desk worker, but his work resulted in a large number of contacts.

Concerns remain about individuals that became infected with COVID-19 due to visiting tea houses or other establishments in Wanhua that involve sex work being reluctant to reveal contacts or their travel history. One man was recently fined for lying about the location of his daughter. Although he claimed that she was abroad, she later became infected with COVID-19 because she was still in Taiwan.

As investigations into the origins of the new wave of cases, fears are on the rise in the media that the Wanhua cluster could have broken out not due to contact with the Novotel Taoyuan International Hotel cluster, but that the two clusters may have developed in parallel. If so, this means that holes emerged in COVID-19 prevention measures than earlier believed.

Today was the second-day of high school testing, which went on as usual, and was not rescheduled. As with yesterday, there were reports of students with fevers at testing sites.

Night markets across Taiwan have closed or are only open to take-out. While restaurants are still open, the public has been urged to order take-out, and restaurants that cannot maintain social distancing measures have been urged to close. Police are carrying out inspections of nightclubs, KTV parlors, teahouses, saunas, and other establishments in order to ensure that they are complying with orders to close, with some reports of violations. Religious establishments nationwide have been closed and religious events canceled. A shrimping restaurant in Tainan was fined for opening despite restrictions.

Although supermarkets will remain open under level three, panic buying has taken place, despite the public being urged not to do this because of the risk of this spreading COVID-19. Carrefour and A-Mart have imposed buying limits, while PX-Mart has closed public toilets and suspended food and drink samples. Real-name registration has been implemented by a number of chains.

International medical visits to Taiwan have been suspended. Nevertheless, Taiwan has not fully closed borders as last year, because of the fact that most current returnees to Taiwan are Taiwanese citizens, or ARC holders.

Level three is still short of a full lockdown. Although only Taipei and New Taipei were ordered to shift to level three, Taoyuan later voluntarily shifted to level three because of strong transportation links with Taipei. Taipei mayor Ko Wen-je, too, has urged individuals not to go out unless necessary. Under level three measures, individuals must wear masks or face fines of between 3,000 NT and 15,000 NT. Social gatherings or family gatherings of more than five indoors or ten outdoors are forbidden, outside of individuals that live together. Individuals that violate restrictions on gatherings could be fined between 60,000 NT and 300,000 NT. Taiwan will shift to level four, a full lockdown, if there are more than one hundred cases per day for fourteen days consecutively. If level four is declared, the first date this could take place is May 28th, the same date that level three is set to last until.

Either way, one has seen a larger pattern of voluntary escalation in Taiwan, in which businesses and establishments not explicitly ordered to shut down have done so anyway—this occurs on the level of local businesses all the way scaled up to city governments. While some commentary has suggested that this reflects strong social solidarity, this could also be due to fear of being criticized on the part of businesses, or politicians hoping to be publicly praised for proactive measures against COVID-19. Taiwan may be aided in this by dense interpersonal networks, given its small geographic size but not insignificant population size. “Flexible” policies rolled out by the government may be aimed at encouraging this nudging effect.

To this extent, local governments may be incentivized to escalate COVID-19 prevention measures out of a sense of competition with the central government, with this particularly the case with Taipei mayor Ko Wen-je, who has a longstanding ax to grind against the Tsai administration. While New Taipei mayor Hou You-yi is a member of the KMT, is unusually close with the Tsai administration at present. One notes that while level three does not entail a full lockdown, city governments have generally pushed level three closer to what would be a full lockdown by announcing cancellations on their own.

In the meantime, questions remain regarding vaccine distribution in Taiwan. Taiwan currently has had two shipments of AstraZeneca vaccine, the first of which was of 199,200 doses set to expire on May 31st and 117,000 doses set to expire on June 15th. Self-paid vaccinations have been suspended, with it believed that all doses will be used up before they expire. Taiwan’s representative to the US, Hsiao Bi-khim, has stated that she is working on ensuring that the Moderna vaccine that was originally set to arrive this month will arrive in June.

The Tsai administration has stated that domestically-produced vaccines will be available in July, although current plans are to skip phase three testing and go directly to phase two testing. The Consumer’s Foundation has been critical of this plan, with questions raised about whether this strategy is safe. Furthermore, Taiwanese vaccines may not be internationally approved for distribution outside of Taiwan if they skip phase three testing. What comes next on the vaccine front is still unclear.