Review: The Painting of Evil (惡之畫)

THE PAINTING OF EVIL (惡之畫) may not be the strongest film in terms of execution, but it is one that proves daring in terms of its subject matter.

The Painting of Evil focuses on Hsu Bao-qing, a hearing-impaired artist with a speech impediment teaching painting to a group of prisoners, as a form of art therapy. Hsu becomes enraptured by the paintings of Chao Cheng-ting, a young prisoner in his 20s, and pushes for a group exhibition for the prisoners, in the belief that if Chao’s works receive more exposure, he could eventually become a talented and highly successful artist. This encounters controversy, however, due to the fact that Chau is on death row and a former mass murderer—Chao is likely based on Cheng Chieh, the culprit of the 2014 Taipei metro stabbing, which left four dead and injured 24, and was an incident that rocked Taiwanese society at the time. 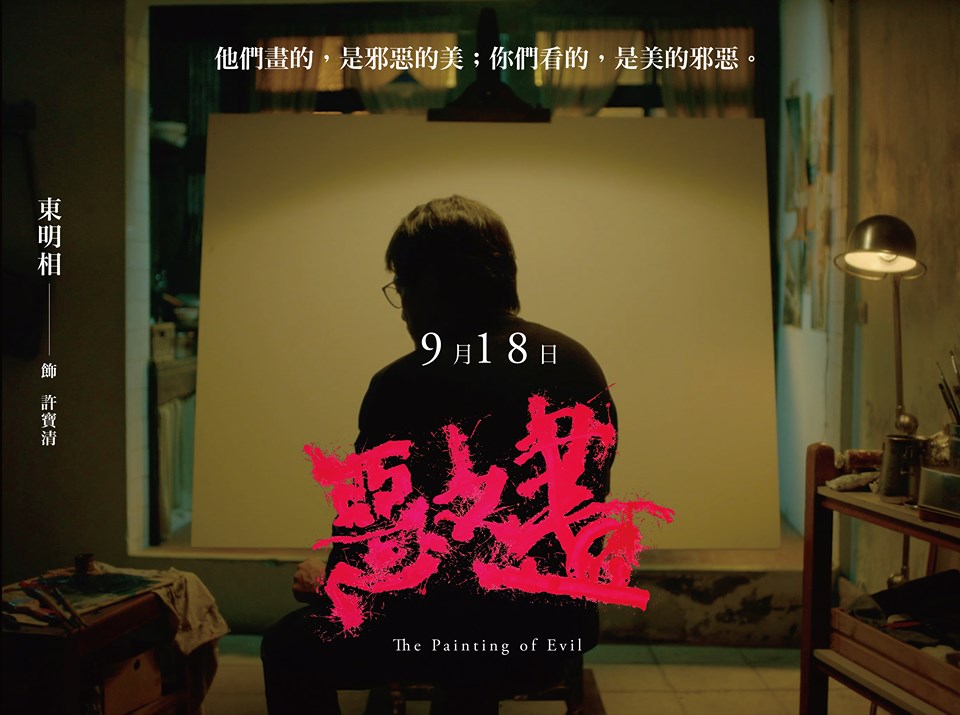 Photo credit: The Painting of Evil/Facebook

To this extent, The Painting of Evil, whose title is a pun on Charles Baudelaire’s The Flower of Evil (惡之花), grapples with a number of intriguing subjects. In particular, one of the key questions at stake is that of the “death of the author”—can a work of art ever be fully divorced from the life of the person that produced it? As brought up by director Chen Yung-chi during a Q-and-A session about the film, this is a question which faces many films—one thinks of the films of Roman Polanski and Woody Allen, for example, or closer to home, Chang Tso-chi, best known as the director of Thanatos, Drunk.

With the debate over capital punishment proving a heated one in Taiwan at present—particularly after the relatives of deceased victims of murder incidents have demanded that executions take place for justice to be carried out—the film centers this with the character of Chao. Similar issues

have been addressed in a number of recent Taiwanese television or film productions—one thinks of 2019 television series The World Between Us, which also focuses on the aftermath of a mass murder incident, or Bad Boy Symphony, which also brings up the issue of art therapy using music.

However, though Chao is initially depicted in a sympathetic manner, it proves a flaw of film by the film’s end, Chao has become depicted as a symbol of radical, incomprehensible evil—one that accords to typically gothic notions of artistic genius, as a sublimely skilled, yet fundamentally evil character.

The character of Hsu proves further intriguing. Hsu could have been depicted in the film as a noble character who has struggled in life due to his hearing impairment and speech impediment and so is driven to try and aid those less fortunate than he. Yet it proves a highly mature choice for the film to ultimately decide to make Hsu a morally ambiguous character, one with similarly violent tendencies to those of the prisoners that he is attempting to teach painting—inclusive of an incident of attempted sexual assault. 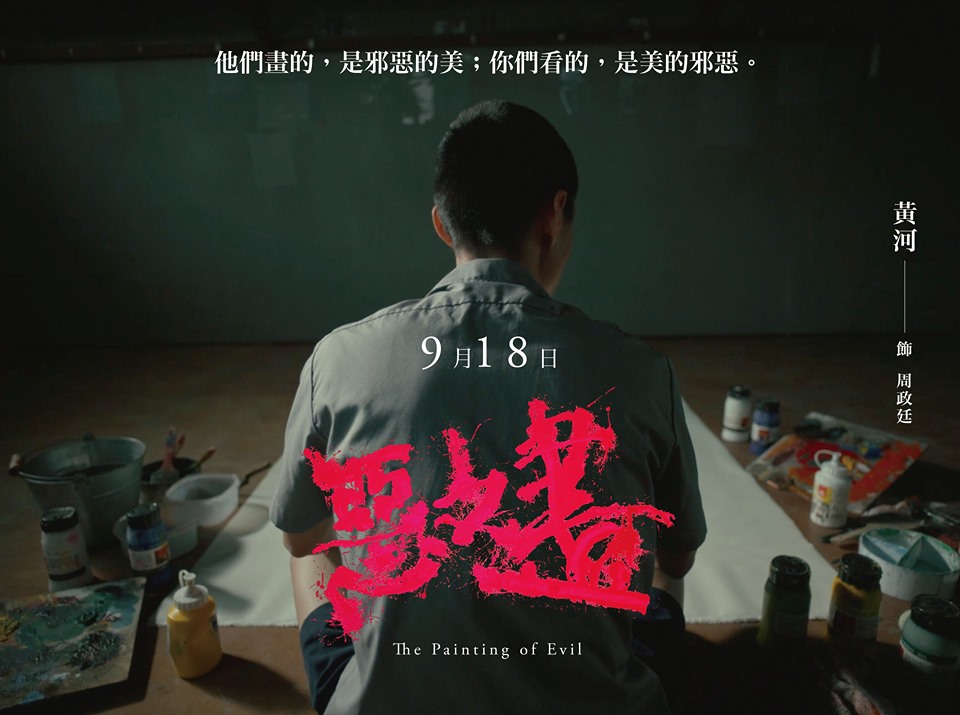 Photo credit: The Painting of Evil/Facebook

The film has some lacking aspects. One notes that female characters in the film are generally underdeveloped and lacking three-dimensionality, this including the both curator that represents Hsu and one of the victims of Chao’s murder spree. The depiction of the art world in the film also feels a bit forced and overly stereotypical.

It also proves somewhat unusual that Hsu’s hearing impairment and speech impediment, while apparent to the audience, are both only ever referenced once in the film by other characters. Although Hsu is clearly meant to be an artist who has faced the lifelong challenge of that others around him perceive him as slow or stupid, few characters in the film actually behave in the film toward him in that way. Nevertheless, Hsu is well-acted by Easton Dong, a hearing impaired actor. River Huang, who plays Chao, also does ably, if his character proves more one-dimensional.

The Painting of Evil may not be a perfect work, but it is one indicative of director Chen Yung-chi’s willingness to engage with controversial and debated social issues, as well as complex artistic questions. In this sense, as his first film, the film marks that Chen may be a director worth keeping on in the future.