Somaliland, like Taiwan, is not acknowledged by the majority of the world’s countries. Somaliland declared independence from Somalia in May 1991, following the Somali Civil War, and is otherwise considered one of several autonomous regions of Somalia. In particular, Somaliland has its own government, issues its own currency, possesses a military, and holds regular democratic elections, as well as maintains informal diplomatic relations with some of its surrounding countries. 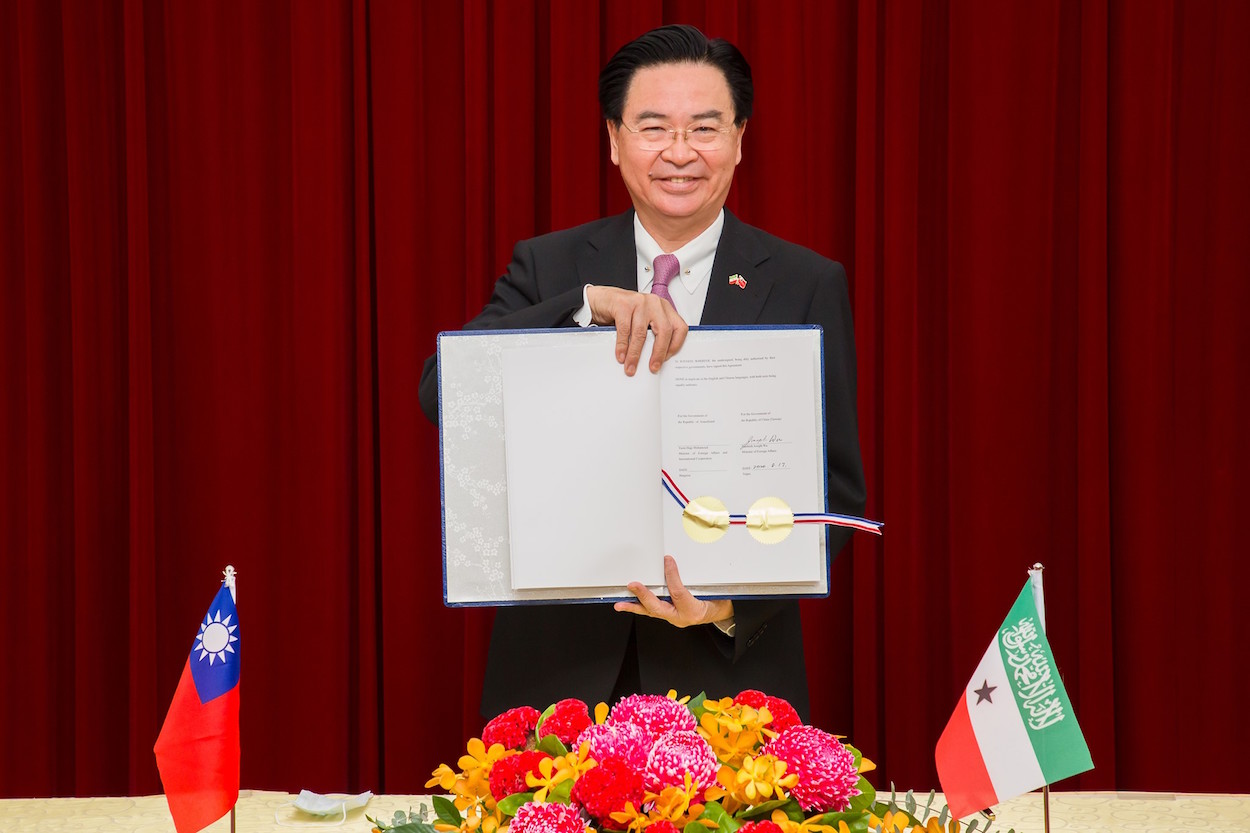 Indeed, China has sent diplomatic delegations to Somaliland as well as to Somalia in order to express displeasure with the establishment of informal ties between Taiwan and Somaliland. But some reports seem to suggest that this has actually had the opposite of the intended effect, in pushing Somaliland toward strengthening its informal ties with Taiwan because Chinese actions infringed upon Somaliland’s national dignity. Nevertheless, reports of plans to set up formal ties are preliminary and, in many cases, unverified.

Even so, Somaliland will likely try to balance between Taiwan and China, seeing as China’s global presence is too large to be ignored. It is possible that Somaliland was encouraged to establish diplomatic ties with Taiwan because of Taiwan’s successes fighting COVID-19, hoping to benefit from medical exchanges with Taiwan amid a global pandemic that shows few signs of ending. Aligning with Taiwan could also be a means of signaling a desire to establish closer relations with America, Taiwan’s major security guarantor, rather than China in an increasingly divided geopolitical landscape between the two superpowers. Otherwise, one notes that China’s presence in Africa is growing, but that China is accused of indebting African countries through expensive infrastructure construction projects, so as to extend its geopolitical power, and this is another factor in Somaliland’s strategic decision to establish ties with Taiwan.

Questions have been raised regarding the establishment of informal diplomatic ties between Taiwan and Somaliland. For example, some have suggested that the Taiwanese government may begin to establish diplomatic ties with other unacknowledged territories, or even seek to split national governments, as observed in reports in the Washington Post that Taiwanese government officials met with a breakaway faction of politicians from the Solomon Islands, which broke diplomatic relations with Taiwan last year, regarding the prospect of COVID-19 assistance from Taiwan. Such reports sometimes have the undertone of suggesting that Taiwan is a global troublemaker through its actions.

Despite repeated speculation along such lines, it is not clear what the Tsai administration or the Somaliland government would gain from a Taiwanese naval base there. Although a base operating in the Gulf of Aden could serve as a means of protecting Taiwanese vessels from naval piracy, such a base is liable to draw the ire of China in Djibouti. And naval cooperation between Somaliland and Taiwan could also take place absent the establishment of a base. Either way, much remains to be seen about the new relationship between Taiwan and Somaliland.