TAIPEI MAYOR Ko Wen-je recently found himself embroiled in controversy during a trip to Shanghai, conducted as part of the city-based cross-straits exchanges with Shanghai that he has pushed for since he became Taipei mayor.

Although Ko was elected as mayor of Taipei in 2014 with the backing of many young people and with the endorsement of the pan-Green camp, Ko’s city-based exchanges with China have been a major factor in what has led to a split between Ko and the DPP in past years. 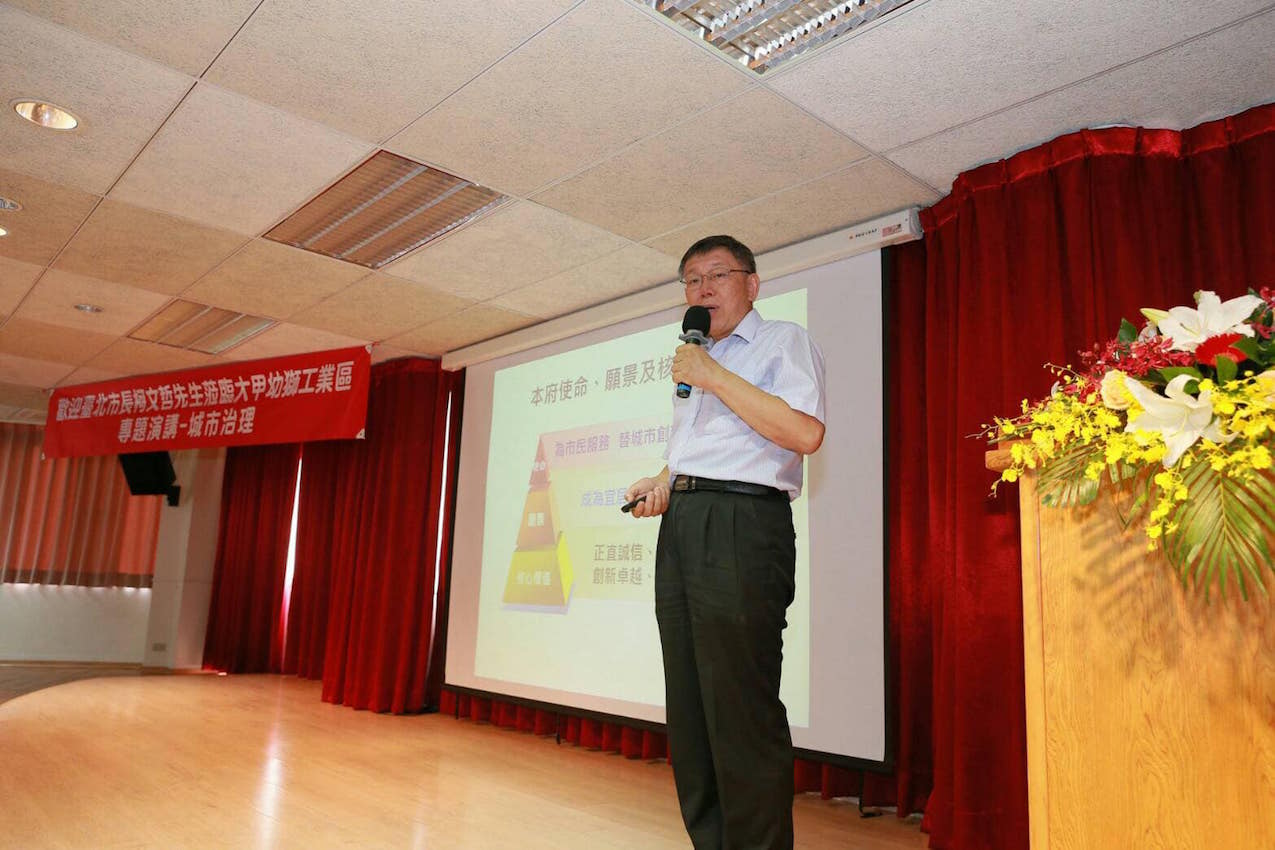 Apart from numerous incidents in which Ko followed the Chinese government’s political script to refer to both sides of the Taiwan Straits as “one family” that shares “a common destiny”, the NTU Sing! China incident also provoked much outrage. During the event, pro-China gangsters affiliated with the China Unification Promotion Party attacked pro-independence student demonstrators who were protesting the fact that the event, held on the NTU campus, labeled Taiwan as part of China. Ko defended the event after the incident and seemed to demonstrate little interest in taking those who had attacked the student demonstrators to task.

Ko has most recently been criticized in relation to current demonstrations in Hong Kong against a proposed extradition bill which could allow for Hong Kong residents to be deported to face trial in China if passed.

A number of KMT presidential candidates that have pushed for closer relations between Taiwan and China were forced to backpedal after the outbreak of protests in Hong Kong against the law. Ko, who is speculated to be considering a presidential run, did the same, claiming that “Even a beggar should protect Taiwan […] because protecting Taiwan is everyone’s responsibility” and that Taiwanese residents would likely flee if One Country, Two Systems were implemented in Taiwan.

This would not prevent Ko from setting off to Shanghai for the latest twin cities forum between Taipei and Shanghai last week, leading to some criticisms that Ko was visiting China only days after young demonstrators made history in storming Hong Kong’s Legislative Council for the first time in Hong Kong history, an event which draws parallels to the 2014 Sunflower Movement.

Nor would this prevent Ko from once again stating that both sides of the Taiwan Straits are “one family” during comments in Shanghai. Further provoking of outrage was the fact that a member of Ko’s campaign team attempted to live stream a meeting between Ko and Liu Jieyi, the current director of China’s Taiwan Affairs Office, yet the live stream was suddenly cut off due to objections from Chinese officials.

Reports later suggested that the Shanghai branch of the Taiwan Affairs Office had cleared live streaming the event beforehand, but this had not been cleared with Liu’s office. Either way, if live streaming the meeting was meant to be a show of transparency, in hoping to convince viewers that Ko was not selling out Taiwan to China through conducting cross-strait exchanges with China, this seems to have the opposite effect. Ko later attempted to pin the blame for the incident on a young aide, claiming that he had gotten confused, and things were simply this way in dealing with China. 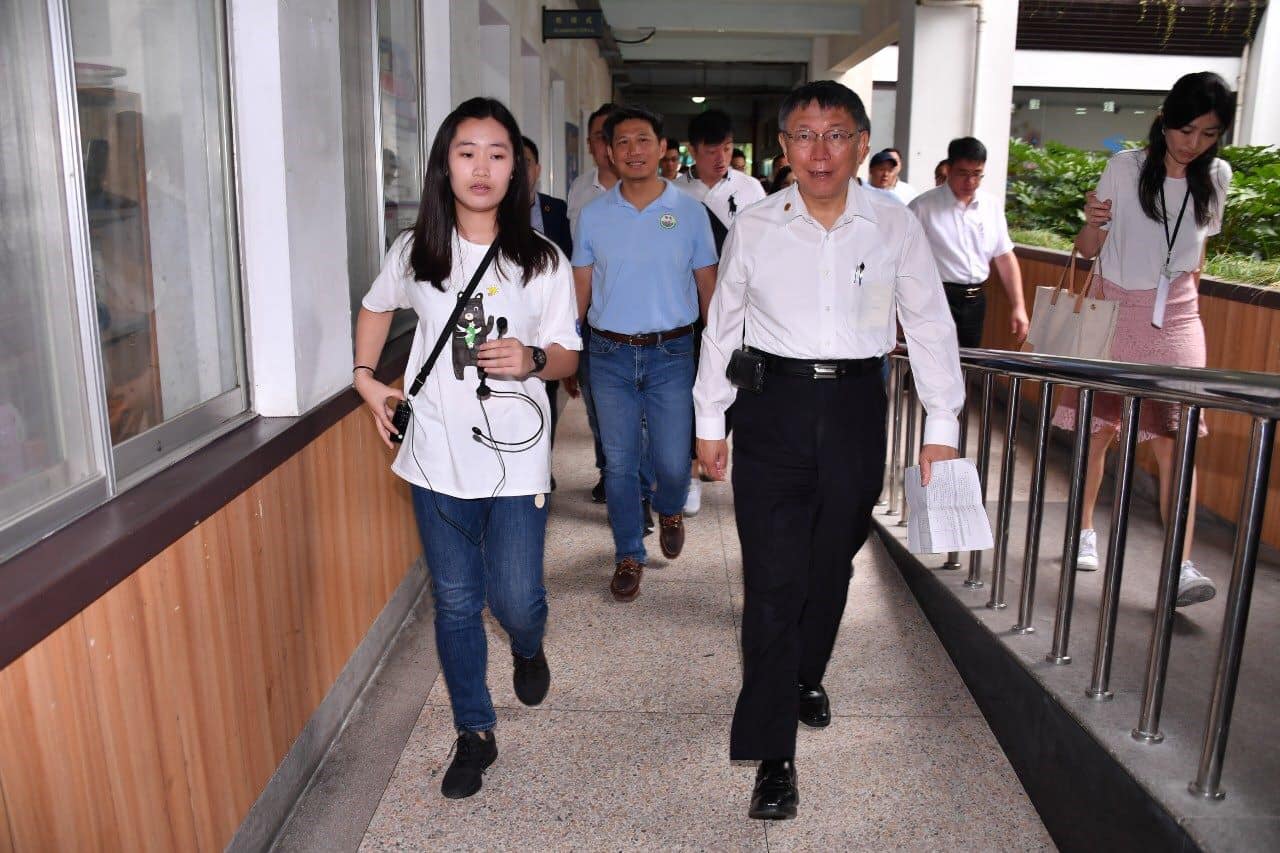 Ko’s actions, then, draw parallel to KMT presidential candidates who initially condemned events in Hong Kong but then shortly afterward returned to stumping for closer relations between Taiwan and China. Kaohsiung mayor Han Kuo-yu would be the best example, with Han initially claiming that he was unaware of protests in Hong Kong, condemning the notion of instituting One Country, Two Systems in Taiwan and claiming that this would only occur in Taiwan “Over [his] dead body”, and then returning to advocacy for closer relations with China by announcing a new maritime route between Kaohsiung and Wenzhou, a city which is located in the Chinese coastal province of Zhejiang.

Indeed, it is actually to be questioned whether Ko may be seeking Chinese approval through his visits to China. China has backed Han by awarding him lucrative trade deals after he visited China in March to conduct similar exchanges to Ko’s on behalf of Kaohsiung. The Chinese government was hoping to engineer the perception that Han is a politician able to win economic prosperity for Taiwan through closer ties with China in awarding him these trade deals. With the receding of Ko’s chances for the presidency in the past year precisely because of the rise of Han Kuo-yu, Ko may hope for China to benefit him similarly as a way to catch up.

Yet it is probable that, like many KMT politicians, Ko may be politically miscalculating. For one, Ko may be underestimating Taiwanese backlash against China after events in Hong Kong as simply being a temporary phenomenon. However, either way, after many months of speculation, Ko still has not publicly stated whether he will indeed seek to run for president in 2020.