THE ISSUE OF anti-Semitic symbols openly displayed in Taiwan is again in the news after a betel nut store in Wanhua, Taipei was found to have two Nazi flags hanging in the store. That the Wanhua betel nut store was displaying a Nazi flag came to light after an American photographer posted a photo of the store on Instagram on January 6th, commenting that “Taiwan still didn’t get the memo about what has happened in past history. Absolute cluelessness”.

The Instagram photographer in question, however, was subsequently attacked by nationalistic Taiwanese netizens who referred to him as “white trash” and called on him to “go back to America,” leading him to change the settings on his Instagram account to private. The photographer had reportedly been living in Taiwan for two and a half years and has publicly stated that the incident was a factor in leading him to decide to return to America. 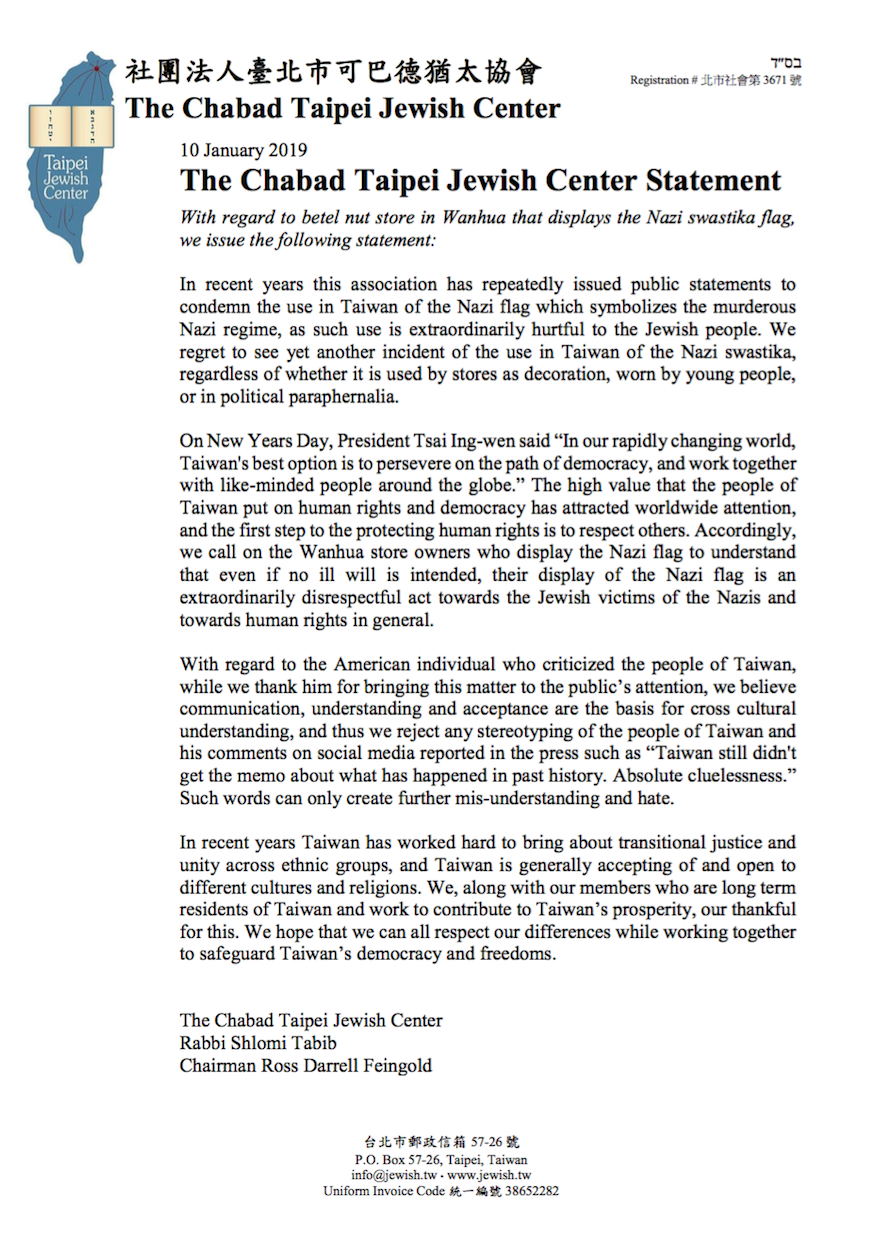 However, when questioned about his decision to hang Nazi flags in his store by the Apple Daily on January 8th, the store owner defended his choice of decoration, claiming that the flags were merely “art” and claiming that Nazis had little to do with Taiwan and so it was valid for him to hang the flags. Reportedly, the sign had been hanging in the store for several years before it came to public attention.

A statement would be later be issued by the Chabad Taipei Jewish Center, emphasizing that the use of the Nazi flag is “extraordinarily hurtful to the Jewish people” as a symbol of the Nazi regime, and an act “disrespectful to human rights”. In its statement, the Chabad Taipei Jewish Center would also state that, at the same time, it rejected the “any stereotyping of the people of Taiwan”, as in the comments by the American photographer. To this end, the statement emphasizes that as “Taiwan has worked hard to bring about transitional justice and unity across ethnic groups, and Taiwan is generally accepting of and open to different cultures and religions”, calling on Taiwan to live up to these words.

Unfortunately, as also noted by the statement, the Wanhua betel nut store incident is the latest in a series of similar incidents in past years. The most recent incident would be an incident in September 2018 involving a hair salon in Hsinchu whose logo featured a swastika and whose owner, similarly, originally denied that the logo was a swastika before he was eventually forced to change the logo after angry members of the public took to defacing his store. In 2014, an Italian restaurant in Banqiao came under fire for a pasta dish entitled “Long live in the Nazis”.

Along such lines, a previous incident much covered in the international press would be a Nazi-themed skit by a Hsinchu high school in which no less than a high school teacher performed alongside his students in, something that took place in 2016. Likewise, anti-Semitic statements from media personalities such as Hedy Lee, best known as the daughter of Li Ao but also a well-known public figure in her own right, have generally unremarked upon by society as a whole.

Certainly, such repeated incidents do not reflect well on Taiwan internationally. Although some of the causes for the display of Nazi symbols is ignorance. But at other times, even when the connotations of displaying a Nazi flag are brought to the attention of Taiwanese, the reaction is to double-down or to dismiss the issue, instead of acknowledging wrongdoing. The failure to acknowledge symbols hurtful to other cultures is reflective of broader issues regarding cultural inclusivity and sensitivity in Taiwan. 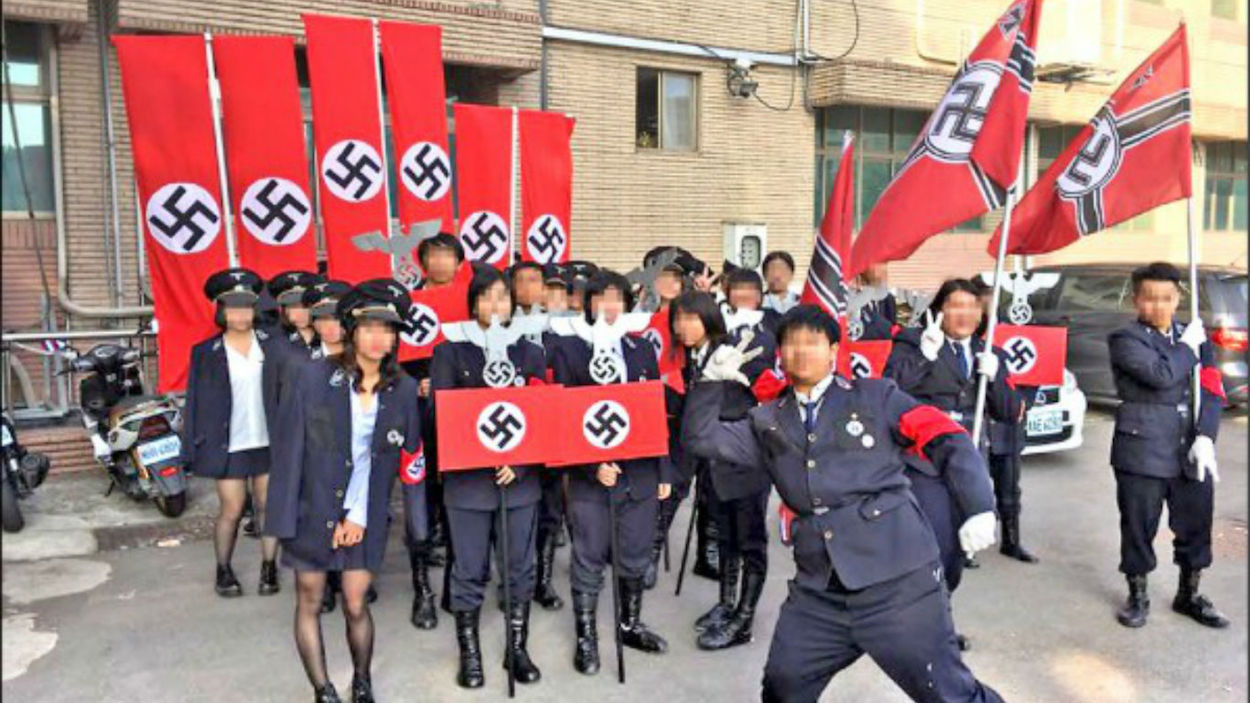 And, unfortunately, it may be a long time before such issues regarding deliberate or unwitting anti-Semitism are addressed in Taiwanese society. The Ministry of Foreign Affairs (MOFA) recently found itself embroiled in controversy after retweeting an article from far-right wing website Breitbart, a publication with clear sympathies for neo-Nazism and which hires openly neo-Nazi columnists. However, no apology has yet followed suit from MOFA for the apparent endorsement of Breitbart by retweeting an article from Breitbart, something which was either made because of ignorance of Breitbart’s political stances or because MOFA chose to deliberately ignore them as part of efforts to appeal to the American Trump administration.

As such, a long road remains to be walked in terms of addressing such issues in Taiwan.