Criticisms Of DPP By Wu Den-Yih Are Hypocritical

COMMENTS BY KMT chair Wu Den-yih last week involved Wu making dubious claims about the past record of the Tsai administration in order to suggest that the Taiwanese electorate should turn over political power back to the KMT. Still, the memory of the Taiwanese electorate can be short, and one suspects that Wu’s comments will have some traction among the general public. 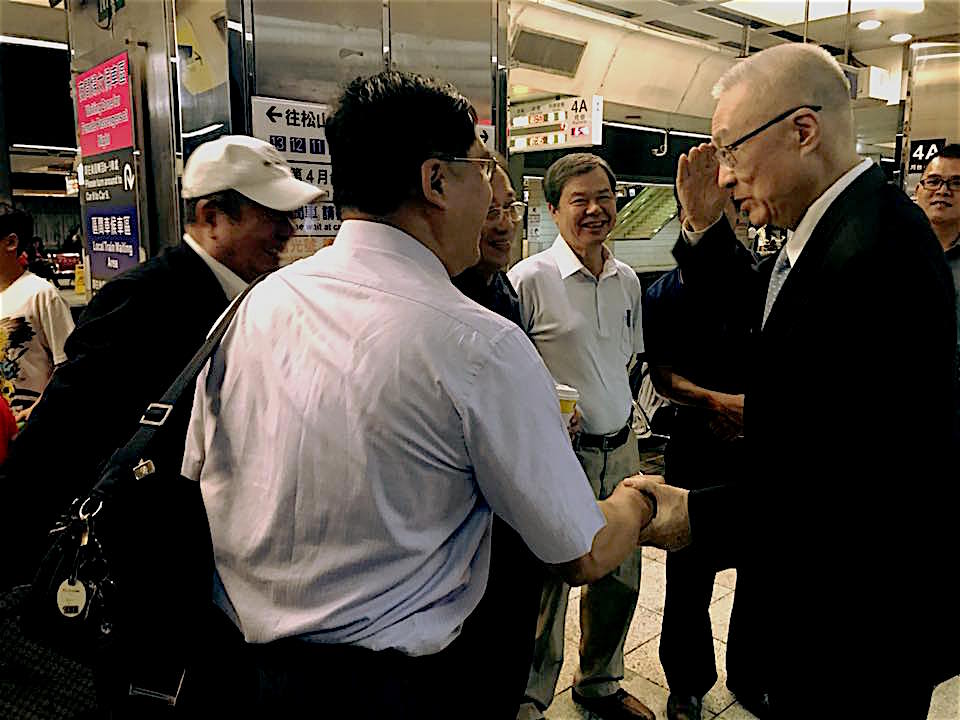 In connecting a sluggish economy, the loss of diplomatic allies, and murder incidents as signs of the Tsai administration’s poor performance, one generally suspects that Wu seems to suggest something like that the Tsai administration has lost the “mandate of heaven” and so faces a number of disasters on all fronts.

With his comments about the economy, Wu hopes to engender a sense of nostalgia for past KMT administrations, whether under the Ma administration or during past periods of one-party KMT rule when the Taiwanese economy was stronger, as well as to suggest that building stronger economic ties with China under the leadership of the KMT will be Taiwan’s economic salvation. But Taiwan has faced a slow economy for years, including under the previous Ma administration, and so the difficulties faced by the Taiwanese economy cannot be solely attributed to Tsai. 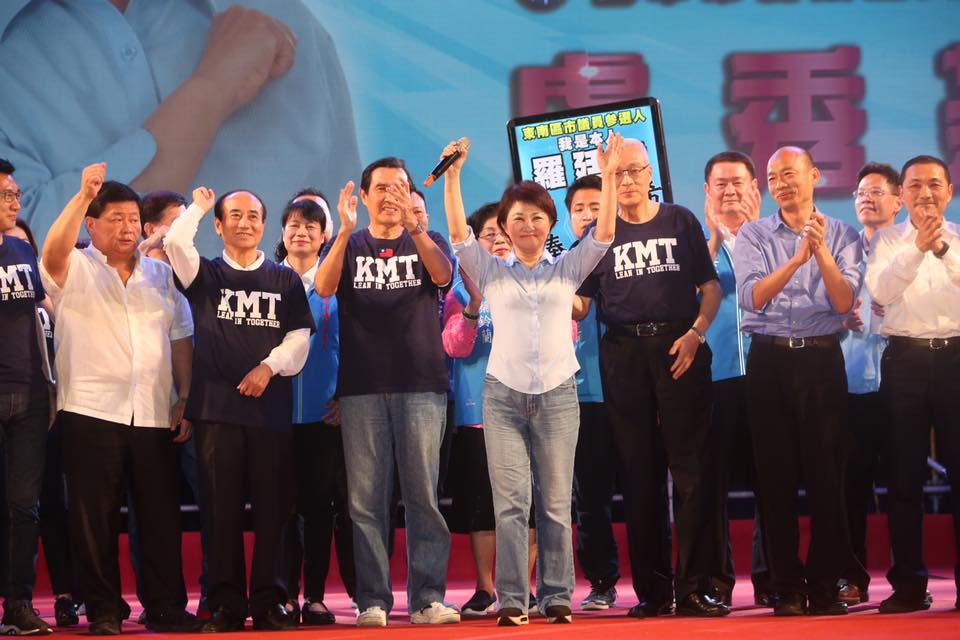 Wu at a KMT election rally event, along with former president Ma Ying-Jeou and others. Photo credit: 台灣的義氣-吳敦義粉絲團/Facebook

But the KMT is complicit with the loss of diplomatic allies, given the KMT’s alliance with China, and its attempts to facilitate the political unification of Taiwan and China. The KMT has no compunction with Taiwan losing diplomatic allies in and of itself—so long as this occurs under a DPP administration and in such a manner as to politically benefit the KMT.

All this would be nothing new for the KMT. Nonetheless, the memory of the Taiwanese electorate can be short, and it is probable that some will be taken in by these claims. Whether with Taiwan or any other country, sometimes simply remembering several years ago, under a previous president, can seem like trying to recall another lifetime.

One observes that the KMT, a party decidedly out of touch with the present and one which is unable to articulate any positive vision for the future to win over voters, must now rely on nostalgia and “negative” messaging about the current Tsai administration. On the other hand, it is also to be questioned whether the Tsai administration, which has itself drifted away from the positive vision for the future that it articulated in 2016, is able to summon up the historical memory of the past crimes of the KMT in order to prevent uncritical nostalgia from allowing for a resurgence by the KMT.