A SERIES OF murders that took place in the last month become hotly discussed in Taiwanese society. Many of these murders were grisly in nature, including at least two incidents of dismemberment. While there have been eleven murders overall, six cases have been honed in in particular by the media.

The first incident was the murder and dismemberment of 27-year-old NTU graduate Huang I-min by her boyfriend, 28-year-old boxer Gary Chu. Huang’s corpse was later found separated into eight bags that were buried in a flower garden, although police were unable to discover Huang’s internal organs. Chu was reputed to have physically abused Huang in the past. Although Chu was later found dead after hanging himself, Huang’s parents allege that Chu’s parents may have helped Chu dispose of the evidence, video evidence showing Chu’s parents helping clean Huang’s home shortly after the murder took place. Huang’s body was discovered on May 27th. Huang had been missing since May 20th. 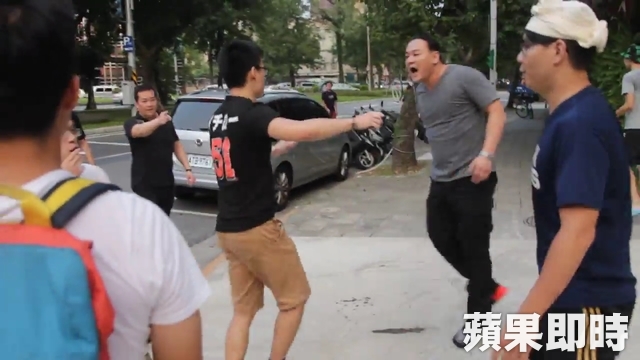 Chu is thought to have killed Huang out of jealousy for speaking with other men, social media showing a past post by Chu in which he lashed out at Huang with claims that she had deceived him about being a virgin after the two met on Tinder and that she continued to be in contact with other men, including foreigners, after the two began dating. It was later also discovered through Chu’s social media profile that he was a member of the China Unification Promotion Party, and friends and associates stated that he was a member of the Bamboo Union Gang. Chu is reported as having been present at past incidents in which the pro-China fringe party attacked Taiwanese independence.

The second incident was the dismemberment of a 68-year-old woman by her 67-year-old husband, Chen Teng-ko, after she asked for a divorce. The two had been married for forty years, with one son and one daughter, though the two had twice filed for divorce and had a history of arguing over property. The two had been living separately, but after Chen requested his wife bring her lunch on May 26th, the Chen family daughter discovered pools of blood in the family apartment on May 27th. Chen had dismembered his wife, stuffing the body parts into plastic bags, and seemed to have been attempting to dispose of the body, having purchased a large steel drum in which the charred remains of his wife’s clothing was found, and bought lime powder to mask the smell of decomposition.

The third incident was the stabbing death of 27-year-old Chiu Chiao-Chi, a popular livestreamer on 17 Media, by the 26-year-old Liao Yan-ting, who claims to have been Chiu’s ex-boyfriend. The stabbing took place on May 25th. Although security guards in Chiu’s apartment were supposed to know not to allow Liao to visit Chiu, news reports suggest that a new security guard did not know that he should do so, and allowed Liao into the elevator. The two had apparently dated for two years.

Liao claims that Chiu broke with him several weeks ago and that he accidentally stabbed her when he went over to talk, however, ropes and a fake suicide note were reportedly found in Liao’s backpack. Liao claims that Chiu worked as a hostess in a nightclub and had cheated on him by going out with other men. Liao is also reported to have physically assaulted Chiu in the past.

The fourth incident was that of a 22-year-old Taoyuan man surnamed Pan attacking three female family members, his mother and two aunts, with a knife after losing his temper during an argument. The end result was that one of the aunts was stabbed to death, while the other aunt and Pan’s mother were severely injured. The incident took place on May 29th. 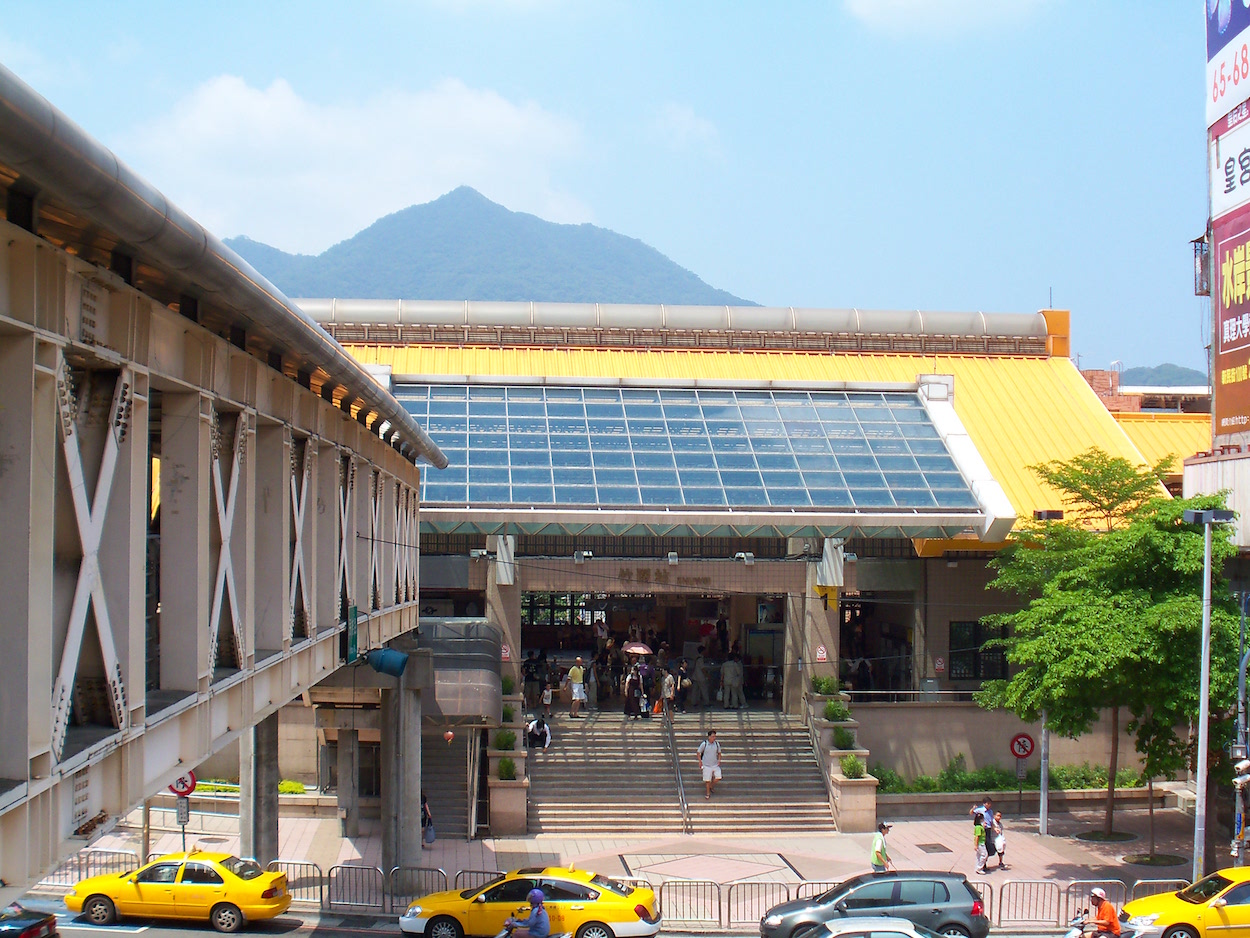 Exit 1 of the Zhuwei MRT station near where Poon Hui-wing’s body was found. Photo credit: 玄史生/WikiCommons/CC

Relatedly, though not a May murder case, a murder case involving two Hong Kong residents which took place in February has also been in the news in the last month. Chan Tong-Kai, a nineteen-year-old student student at Hong Kong Polytechnic University’s Hong Kong Community College, murdered his girlfriend, the twenty-year-old Poon Hiu-wing, while the two were vacationing in Taiwan.

Poon was pregnant and Chan seems to have believed that she was pregnant with another man’s child. Because the case involved a Hong Kong resident murdering another Hong Kong resident while in Taiwan, the case is complicated by poor relations between Taipei and Beijing, and the fact that Hong Kong’s legal system does not recognize Taiwan’s legal system. This leaves it up in the air as to how the case will be resolved, Hong Kong and Taiwanese police had previously exchanged information about the case.

Roots Of Murder Cases in Toxic Masculinity, Normalization of Violence Committed by Men in Taiwanese Society

IN EXAMINATION of these murder cases, what should be immediately evident is that all of these six murders incidents which have drawn public attention out of the in the past month were all committed by men against women. The roots of this spate of murder incidents, then, has its clear roots in toxic masculinity. One observes that these cases rather uniformly demonstrate cases of men viewing themselves entitled to violence against women. 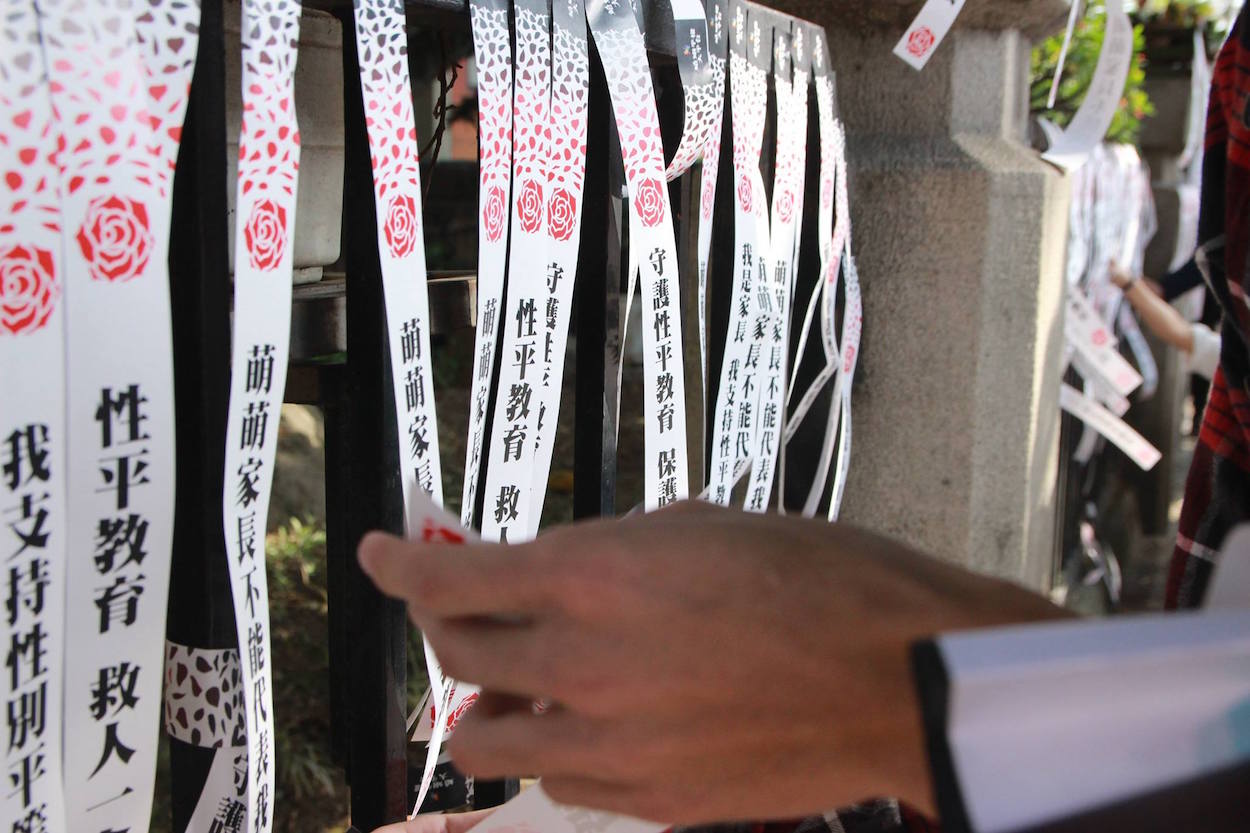 On the other hand, Chen Teng-Ko and Liao Yan-ting also demonstrate incidents of men viewing themselves as entitled to violence against women who wanted to end their relationship. This is visible in that Chen murdered his wife because she wished to divorce him and Liao Yan-ting murdered Chiu Chiao-chi because she had broken up with him several weeks ago.

It does well to keep in mind that rates of domestic violence are alarmingly high in Taiwan, with one case taking place every five minutes. 117,550 cases of domestic violence were reported in 2016—alarmingly high for a country with a population of 23 million. One can imagine that many times more cases go unreported in Taiwan, because little is often done to address even known cases of sexual violence, domestic abuse is carried out by men across a wide swath of social demographics and class backgrounds, and a culture of silence leads to women being afraid to speak out. In 2012, the US Human Rights Report listed domestic abuse as the greatest challenge facing Taiwanese society. The Ministry of the Interior in that year also suggested that the total number of sexual assaults which take place in Taiwanese society is ten times that which is reported.

However, while it may be a positive sign that there has been such widespread social discussion of the issue, it is likely that one of the causes as to why these murder incidents would become so widely discussed in Taiwanese society is because the Taiwanese media has seized upon the grisly causes of death in these cases, as well as because the majority of these victims were women—many of them quite young. 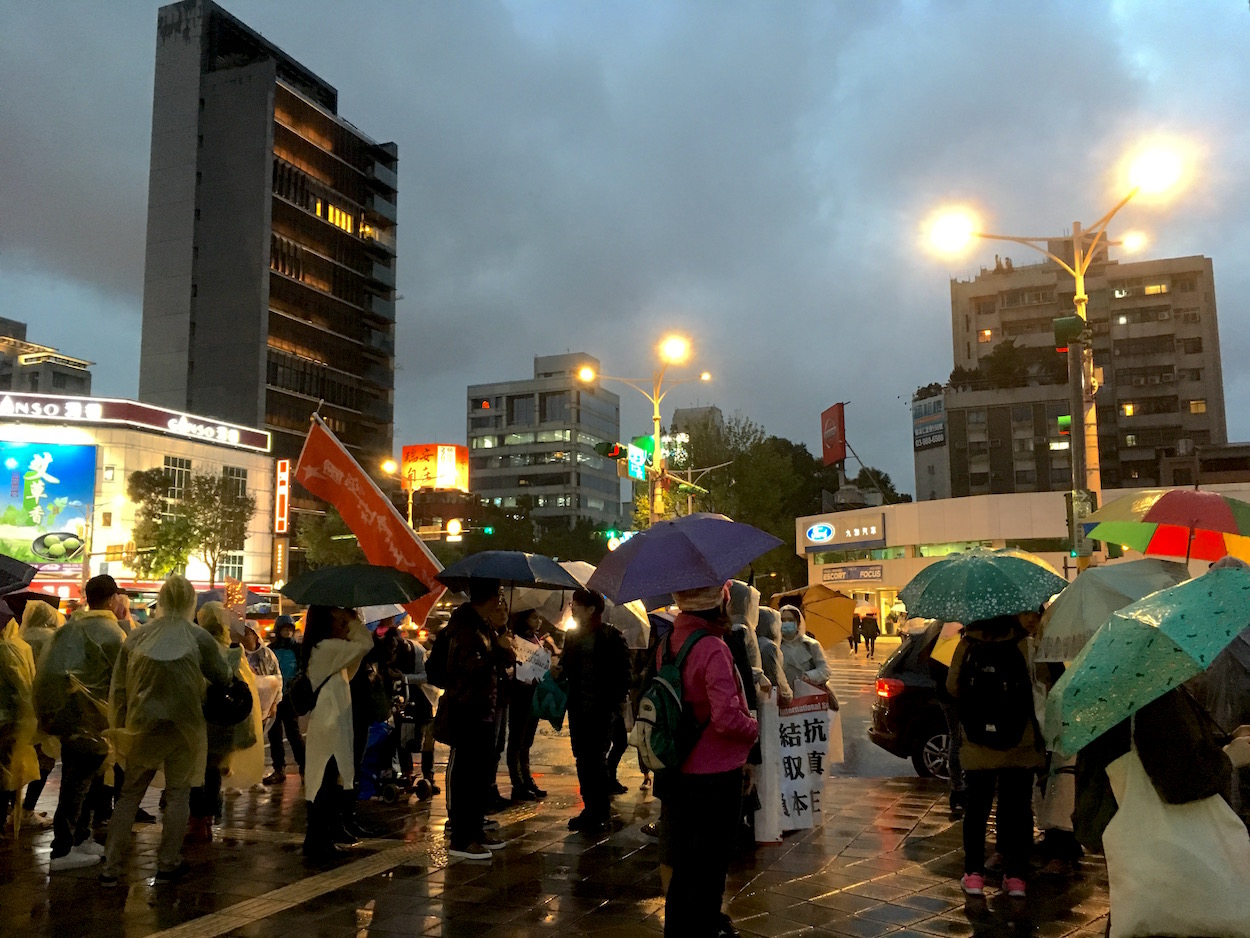 The sexism of Taiwanese media is well known, in terms of its misogynistic representation of women, with focus on women exclusively in sexual terms. And so Taiwanese media can prove highly sensationalist in nature, not only with regards to murder, violent crime, or sexual assault against young female victims, but also when such acts are committed by women.

As the use of the death penalty is highly popular with the Taiwanese public, government officials have even been accused of using the death penalty as a way of attempting to prop up flagging approval ratings, as occurred near the tail end of the Ma administration in May 2016 with then-Minister of Justice Luo Ying-Shay ordering the execution of 2014 subway stabber Cheng Chieh. Cheng was 23 years old at the time of his execution and Cheng’s execution would be the shortest period of time between a crime committed and execution in the post-martial law period, at 23 months.

The media, too, has no small part in fanning up outrage against perpetrators of murders and demands for their execution. It would be too disappointing, then, if guided by the media, public discussion in Taiwan immediately turns to executing male murderers rather than addressing the root causes of violent incidents against women committed by men in patriarchy and the normalization of violence against women in Taiwanese society and more broadly. 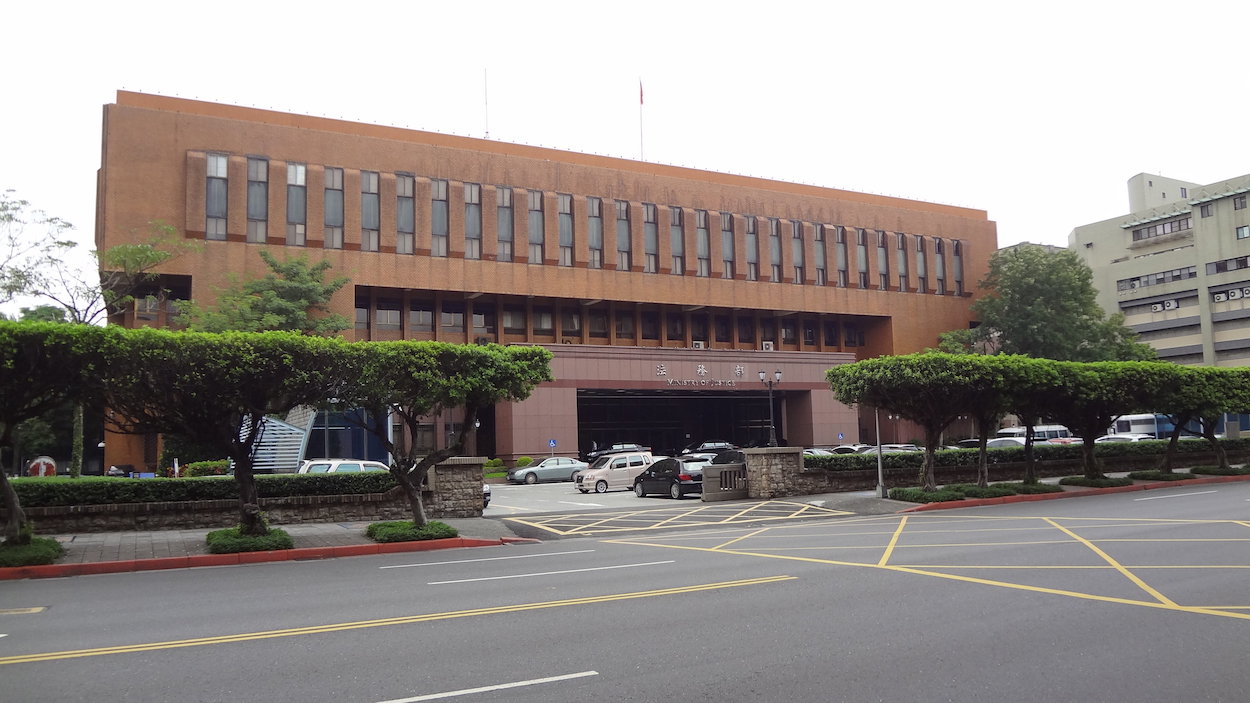 It is to be seen if this will be the case. But now may be a time to reflect deeply on the nature of male privilege, toxic masculinity, and frequently unpunished violence committed by men in Taiwanese society. It remains to raise further awareness of that, in connection with this recent spate of murders. If there is anything that social outrage should be directed towards, it is toxic masculinity, male privilege, and the normalization of male violence in Taiwanese society.