A RARE MULTI-PROVINCE strike has broken out in China among truck drivers. Quite unusually, this comes on the heels of a previous multi-province strike among crane operators which broke out in May, as coordinated to coincide with International Workers’ Day.

Truck drivers are striking in central Chinese provinces such as Hubei and Henan, southwestern provinces such as Sichuan and Guizhou, and coastal eastern provinces as Anhui, Jiangxi, Shandong, Zhejiang. Truck drivers are also striking in the cities of Shanghai and Chongqing. However, while footage of roads blocked by trucks circulate on social media, it is unknown as to the actual size of the trucker strike.

Truck drivers are demonstrating against rising costs, having to pay the brunt of costs for their vehicles and fuel expenses. Fuel prices in particular are on the rise in China. Truck drivers are especially outraged by the introduction of apps to allow companies to bid on trucks to haul their goods, awarding contracts to truck drivers who offer the lowest bids. In particular, fanning up outrage, the app Manbang, which claims that 95% of freight deliveries in China are arranged through its app, recently instituted policies to directly calculate freight fees through the app. Truck drivers thus demand higher fees for transporting freight, lower fuel prices, and an end to harassment from highway police, which occurs frequently to truck drivers in China.

Truck drivers in China often own their rigs and run one-man shipping companies, which leaves them vulnerable to exploitation without the protection of company unions. This is true of not only truck drivers in China, but in many parts of the world. However, the introduction of new app to allow shipping companies to award contracts to drivers raises comparisons to Uber and other ride-sharing apps, in which drivers similarly are not formal drivers for the company, but take on jobs through the app. In China, the domestic equivalent of Uber would be Didi Chuxing, which uses a similar model, and is worth more than 4 billion dollars as of late 2017.

This may be a sign of the gig economy taking root in China, particularly through the use of social media and Internet technologies. One speculates as to whether apps for bidding on freight delivery by truck driver also aim to mimic Uber’s aims. Namely, in the United States, Uber developed its model with the aim of eventually replacing its drivers with self-driving cars, but hoping to develop market dominance for ridesharing before then. It has also been proposed that freight trucks will be self-driving in the future and so a truck bidding app could theoretically allow a company to achieve market dominance of China’s trucking industry.

The previous crane operators strike in May reportedly took place in 27 cities in up to 18 provinces. This included many of the same provinces, seeing as crane operators and other construction workers struck in Hubei, Henan, Jiangxi, and Guizhou. 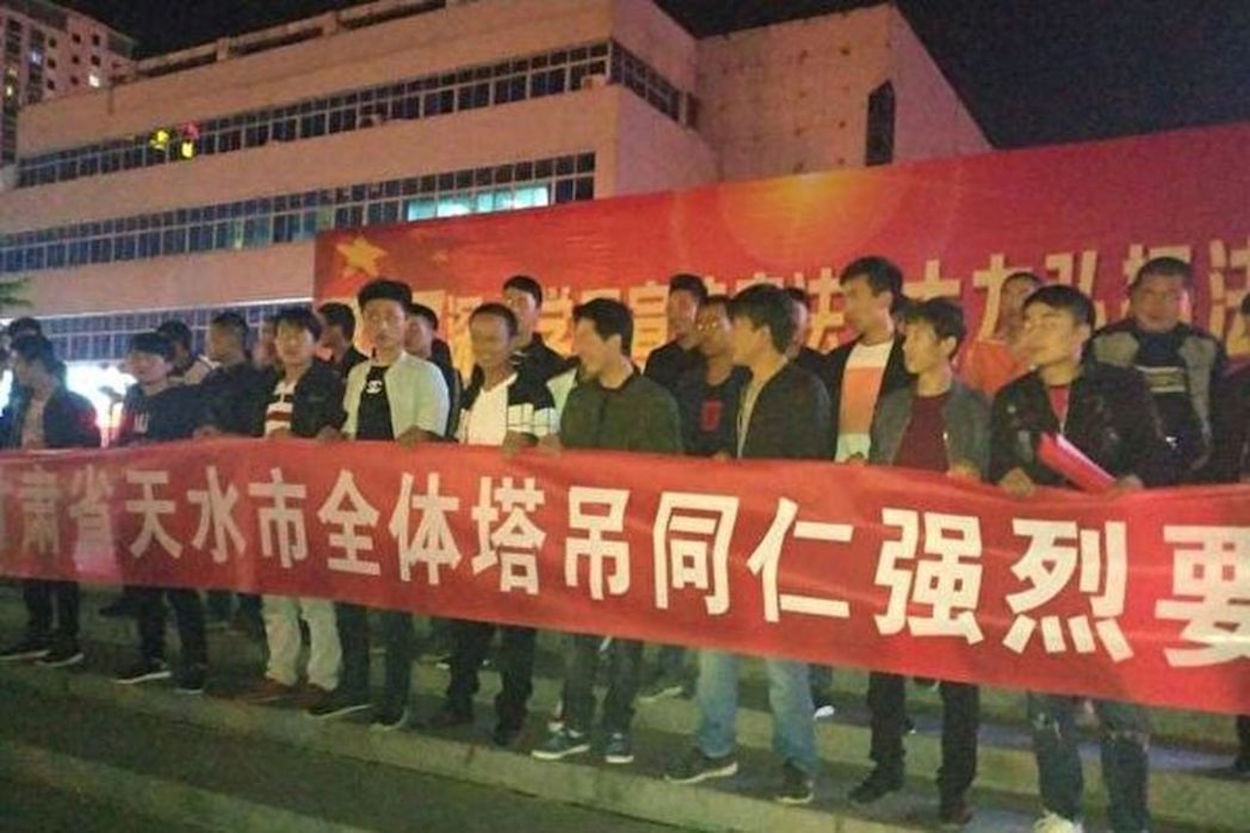 Some speculate that multi-provincial strikes in China may be on the rise. Although the crane operator’s strike was the strike most widely reported on, in past months, one has also seen strikes by food delivery workers and van deliveries.

However, one observes that in these cases of multi-province strikes in China, these have not yet led more broadly to calls for a general strike among all workers. Before then, workers in different fields, such as other transportation workers, delivery workers, and construction workers, will need to see themselves as having shared cause.

Clearly, the authorities are aware of the need to prevent workers from organizing, as observed in that Manbang prevents drivers from contacting each other through the app. Yet workers were able to organize through social media anyway. Truckers may have been aided by the fact that truckers already oftentimes communicate through the radio and the development “trucker culture” is not uncommon in various national contexts. 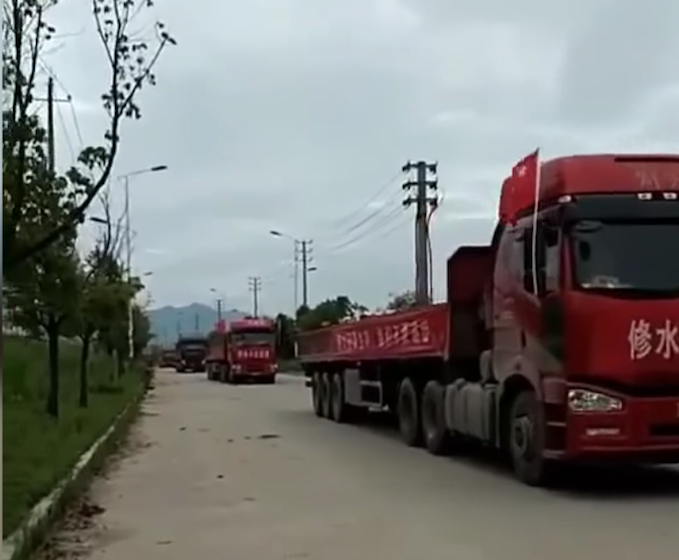 As with past cases, workers will need to break free of the official, state-run labor unions which serve as a restraint on genuine labor organizing in China, because they serve as means for the authorities to channel dissent back into bureaucratic processes. Similarly, much labor organizing in China is constrained because it takes place within a conservativizing Maoist frame, in hoping to use official state slogans emphasizing the role of workers in society as leverage to negotiate with the government. Perhaps encouragingly, some truckers have reportedly gone so far as to shout slogans calling for the outright overthrow of the CCP, however, although on the other side of the equation, using such slogans may only increase the severity of any punishment they face.

In this, some industries may prove more vital than others. Chinese industry will ground to a half entirely if deliveries are not being made by trucks, for example. While workers in China may be facing rising costs across the board, rises in costs which affect all workers in all industries are more likely to inflame broad-based anger against the authorities, such as rises in gasoline prices.

However, all workers will need to be onboard in a shared cause if such expressions of dissent are to make permanent and lasting changes. The task of cross-industry solidarity may prove key going forward, then.