Lee Ming-Che Sentencing Not Surprising, But What Now?

WITH THE SENTENCING of Taiwanese NGO worker Lee Ming-che to five years in Chinese prisons for charges of seeking to “subvert” the Chinese government and encourage multiparty democracy, few are surprised. Lee’s wife, Lee Ching-yu, was present at the sentencing, as she was at his trial previously, reportedly the only family member of Lee’s in attendance. However, it remains to be seen what steps are next to be taken for efforts to secure Lee’s release. Likewise, it remains to be seen what effect Lee’s sentencing has in Taiwan.

Lee, a former DPP staffer and previously a volunteer in Taiwanese NGOs monitoring cross-strait strait trade agreements such as Covenants Watch, who also was a staff member at Wenshan Community College, was detained by the Chinese government in March 2017. Despite Lee’s Chinese friends suspecting that Lee had been arrested by the Chinese government while crossing into China from Macau, but China did not initially clarify that it had detained Lee, and although China eventually admitted to having arrested Lee, it did not initially state under what charges Lee had been detained. As a result, Lee Ching-yu originally planned to fly to China in order to search for her husband, before being blocked at the airport. A number of oddities were observed with regards to Lee’s trial, including that Lee appeared on trial with a Chinese man that none of Lee’s Chinese friends recognized. 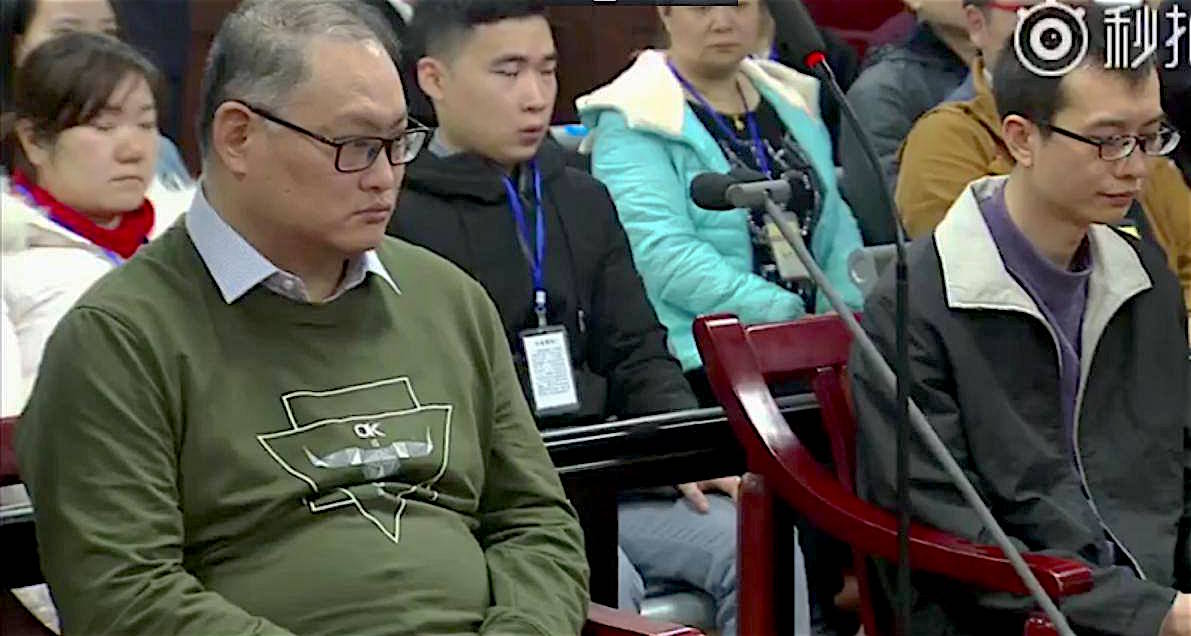 Nevertheless, given that it was known that Lee gave talks on and exchanged information on the experience of Taiwanese democratization with Chinese friends, it was suspected that this was the reason for Lee’s arrest. There also ensued speculation that Lee, as a former DPP staffer, may have been detained by China as a way to send a message to the Tsai administration, or that following the failure of cross-straits policy, as a means to test the waters as to whether direct means of intimidation might be effective in preventing Taiwanese from seeking to break away from China.

After all, Lee’s kidnapping reminds of the kidnapping of Hong Kong booksellers from Causeway Books who published tabloid-style books critical of the Chinese political leadership, including one kidnapping taking place directly within Hong Kong. In Hong Kong, China has also moved towards attempting towards directly intimidating democracy activists, as observed in disqualification of victorious legislators when their views did not cohere to China’s, arresting youth activists despite several months served in office, including forcing them to pay heavy fines that may bankrupt them after this disqualification, and also the rise of the use of mob violence against political dissidents against China. China may be adopting similar tactics with regards to Taiwan.

Still others, however, suggested that Lee’s kidnapping may have been accidental, with Lee caught in the dragnet of broader attempts to crack down on foreign NGO workers in China, but that China may have simply tried to make the best of circumstances. As with the kidnapping of the Causeway Bay booksellers, there was also speculation that Lee’s arrest may have been the result of overzealous low-ranking CCP members hoping to impress their superiors.

Either way, the precise reasons for Lee’s kidnapping will only be revealed in time. It was generally suspected that China would take little action on Lee’s kidnapping until after the 19th National Congress of the CCP, after which China’s Taiwan policy would become clearer.

It remains to be seen what effects that Lee’s sentencing will have on Taiwan. It seems highly unlikely that reactions would push Taiwan in the direction of unification with China, indeed, one sometimes struggles to understand why China thinks that punishing Taiwanese citizens as Lee would draw Taiwan closer to China. But this may discourage Taiwan from more overt moves at pursuing independence and have a chilling effect of Taiwan’s efforts to expand its international outreach as a means of securing a more certain position in the world.

And it also remains to be seen what is next for efforts to free Lee in Taiwan. It seems to be primarily social movement activists that have paid attention to the issue and one has not, in fact, seen mass mobilizations to free Lee. Demonstrations to date have actually been disappointingly small. New means of outreach will be needed in order to provoke public outrage to set Lee free—after all, if the Taiwanese public has little reaction to Lee’s sentencing, one imagines that this will only move China to take actions against Taiwanese citizens abroad with impunity, as well as encourage China to take actions against Taiwan as a whole.