Maggie Shen King is a Taiwanese-American author living in the San Francisco Bay area whose debut novel An Excess Male has garnered attention from audiences and critics for its imaginative take on the long term effects of the Chinese One Child policy. In the novel, King presents a vision of China in which the government tackles the demographic problem brought on by sex-selective abortions undertaken by Chinese couples hoping for a son through the proposal of multiple-husband marriages, a policy which brings with it a host of other changes and complications in society as single men vie for the attention of scarce brides and their families.

The novel has been compared favorably with similar works of speculative fiction and has been featured in the Washington Post and Publisher’s Weekly. The following is an interview with King conducted over email with New Bloom writer Garrett Dee.

Garrett Dee:  The Chinese government started phasing out the One Child policy in 2015, but it was agreed upon by researchers that the effects of the policy had already fundamentally changed the demographics of Chinese society, particularly in the area of the imbalance in gender and the lack of women, which your novel focuses on. What was it about this particular phenomenon that drew you towards turning it into a novel?

Maggie Shen King:  I started writing the novel five years ago, a few years before the phasing out of the policy. When I heard about the change, I was very happy for the Chinese people, but worried about its effect on the premise of my book. I soon remembered that these excess men are already born, and doing away with the policy will not alter the fact that 30 million men will have difficulty finding a mate.

This topic intrigued me because the One Child Policy is one of the largest scaled and longest lasting population control measures in human history. Originally designed to be a one generation fix, the policy stayed in effect for nearly 40 years. The original intention was good, but it created a host of unintended consequences. In this case, reality was stranger than fiction. The One Child Policy ultimately became one of the most radical social engineering experiments of all time. 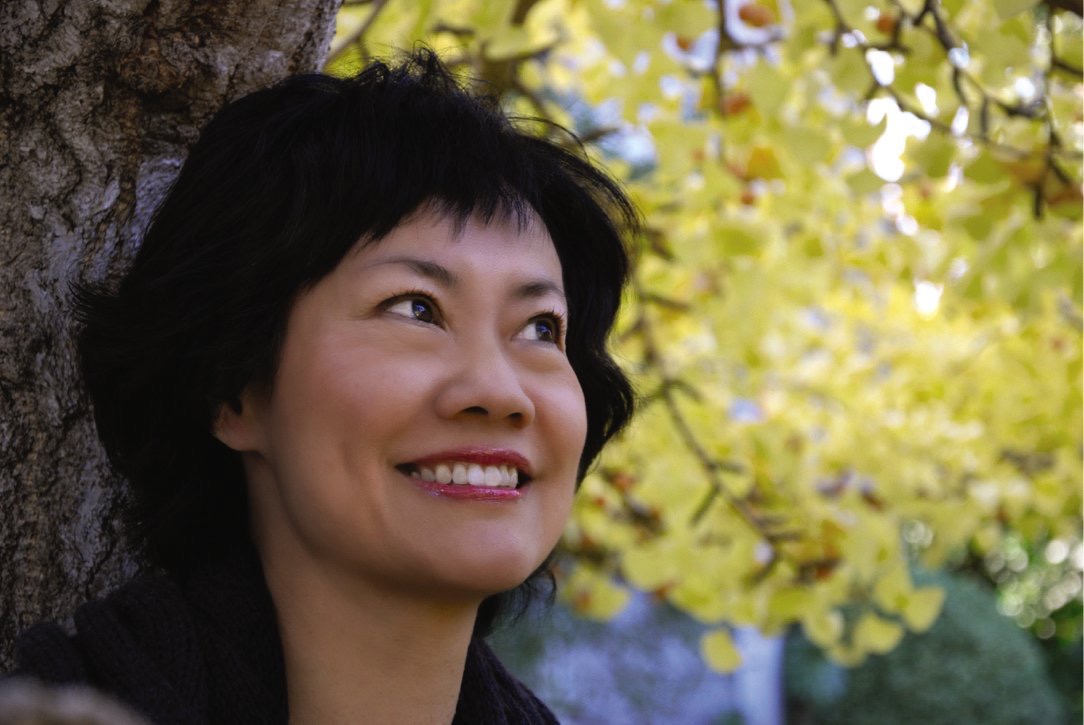 GD:  The novel’s setting of a near-future China is one that is recognizable enough to readers to feel familiar to the present day, yet at the same time can be almost Orwellian in its description of government use of surveillance technology and general distrust of the people around you. Would you describe the setting you wanted to portray as a dystopia and, if so, do you believe that this is a real possibility for China’s future?

MSK:  Dystopian novels present a version of the future that the writer would never want to see take place and in that way, serve as cautionary tales. I am not proposing polyandry as a solution to the gender imbalance problem, nor do I see it as a real possibility for China. It is a provocative means in my book of generating discussion about the cultural preference for boys and its creation of 30 million excess males. I am interested in telling the story of excess men and giving voice to these unintended victims of Chinese patriarchy, sexual discrimination, and the One Child Policy.

GD:  You grew up in Taiwan before moving to the United States. The novel is set in Beijing but could also be seen through the lens of having a connection with culture and notions of family and society throughout the Chinese-speaking world. Was there anything specifically Taiwanese that you brought into the process of writing the novel?

MSK:   Taiwan and China share a common language, heritage, and culture. I was born in Taiwan and lived there the first sixteen years of my life. I like telling unusual stories from my homeland, and my early life and education in Taiwan give me a perspective from which to make sense of that part of the world for the Western audience.

I am very proud to call myself Taiwanese. I’m very proud of the significant strides that Taiwan’s government has made since the 1990s toward a multi-party political system and toward human rights. Taiwan ranks 18th in the world in terms of GDP. It is also the first country in Asia to recognize gay marriage.

Taiwanese citizens enjoy all the freedoms of a democratic nation today, but during my entire childhood, the country was under martial law. My parents discussed politics in hushed tones out of my earshot. My father sent me off to college in Boston with the warning not to join any Chinese student organizations—Kuomintang student spies were known to infiltrate these groups—and to keep my opinions to myself. I grew up with the understanding that political discussions and open speech were dangerous activities that were best done in private.

These lessons from my childhood are deeply ingrained. Looking back, I think choosing to set this story in a speculative future grew out of that environment and upbringing. Speculative fiction offers a wide and somewhat safer space in which to grapple with politically sensitive topics.

GD:  The novel centers in on issues surrounding gender equality and homosexuality in China, with the society being quite patriarchal and discriminatory despite there being a huge shift in the traditional notions of a family. China is a primarily male-dominated society at almost all levels of authority. What have you seen as some of the difficulties surrounding the acceptance of these issues in society?

MSK:  Homosexuality was decriminalized in China in 1997 and declassified as a mental illness in 2001, but it still carries a great deal of social stigma. I think the One Child Policy plays a part in the difficulty of its acceptance. The continuation of one’s family line is a filial duty, and by limiting each family to one child, homosexuality of that only child takes on added significance. It is estimated that 80% of gay or bisexual men have married a straight woman and live in sham marriages.

If we put aside the governmental intrusion into women’s private reproductive matters, the overall status of women has benefited from the One Child Policy. On the home front, singleton daughters by default received all of their parents’ attention, wealth, and pride. Government slogans strongly pushed the idea of male-female equality and the importance of both girls and boys to the country’s future. Improved education levels for women opened the door to greater opportunities. The policy’s strict population quotas forced women to delay marriage and childbirth and as a result, women extended their education and careers.

GD:  Several people have compared the central themes of the novel with the similar themes of feminism and personal freedom presented in The Handmaid’s Tale by Margaret Atwood, which has entered into the public discourse more prominently lately thanks to the television show produced by Hulu. What do you think about these comparisons?

MSK:  The Handmaid’s Tale was definitely one of the books I admired and thought about when I wrote An Excess Male, and I’m thrilled my reviewers saw similarities.

Both the creation of handmaids and the institution of polyandry in my book were attempts to solve serious crises. The theocracy in The Handmaid’s Tale was facing an eroding environment, sharply declining fertility rates, and possible extinction while the State in An Excess Male first contended with overpopulation and mass starvation and then with social imbalance and unrest. The original intent in both cases was good, yet the practice in actuality was the legislation of what can and cannot be done to women’s bodies.

Both The Handmaid’s Tale and An Excess Male are examples of societies built on the sacrifice of a select few for the public good. Such societies are ultimately untenable. The human survival instinct dictates that until the basic needs and rights of all its citizens are protected and valued, a society cannot be at peace.

GD:  Several times in the novel the clash between personal desire and the responsibility one has towards the society as a whole plays a pivotal point in the plot. The book touches on the Chinese government’s push to get citizens to see personal and familial sacrifice as their patriotic duty. What do you see as the role of these forces in modern China?

MSK:  The rights of the individual versus the public good is an age-old struggle not just in China but in every situation where people come together to form a society. Societies cannot function without laws and rules. In an ideal situation, all people enjoy equal rights, believe in the cause, and voluntarily work in service of the greater, common good. Problems arise when citizens are forced to abide by laws that are designed for the public good, but infringe upon the individual rights. 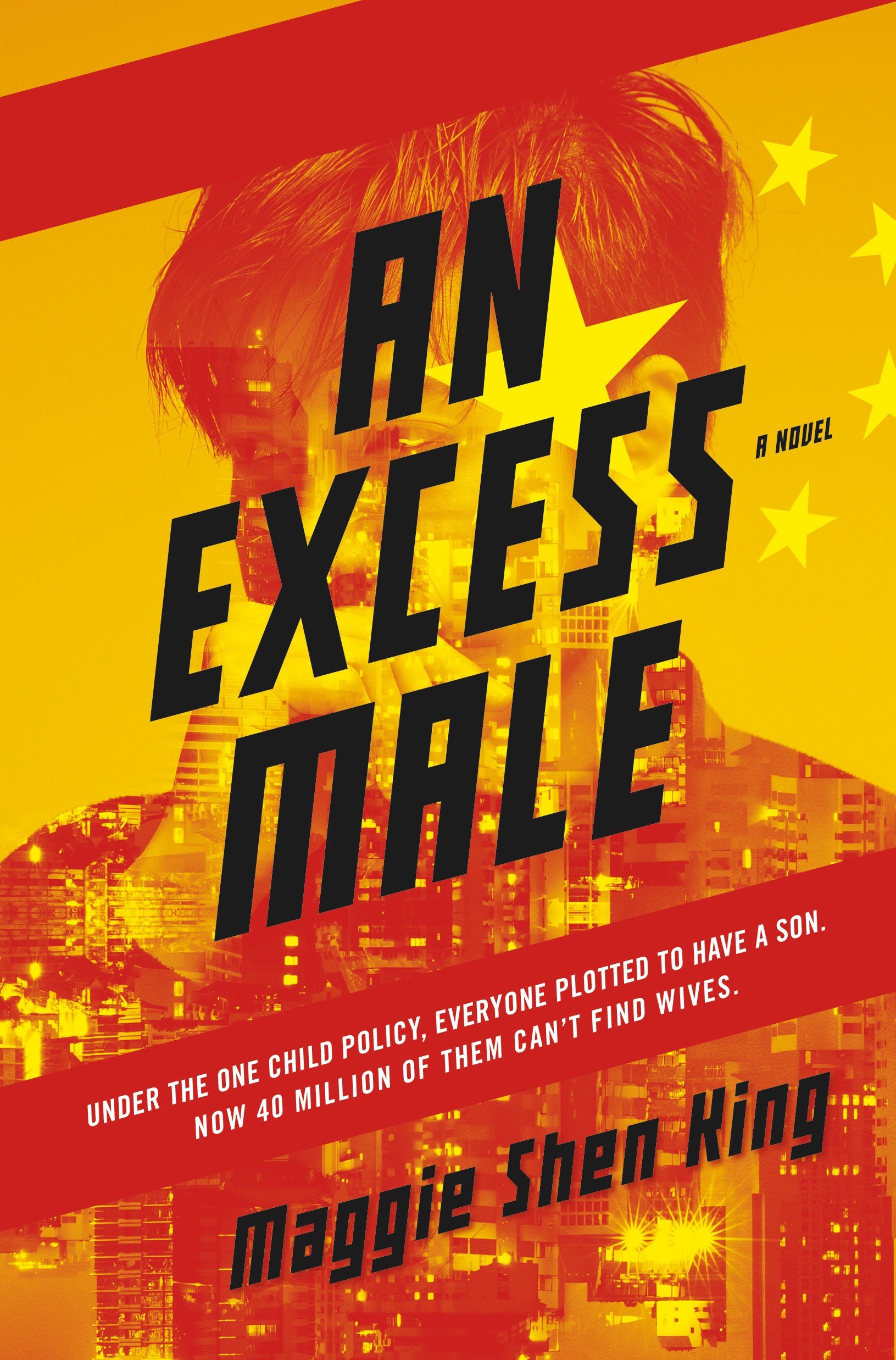 GD:  What has been the reception to the novel in the United States and overseas? Was there anything about readers’ reactions that surprised you?

MSK:  In America, individualism rules. People live with the conviction that they are at the center of their own narrative, their rights and values paramount. The thought of having to surrendering one’s most private rights to the State is difficult to conceive, and this audience finds stories based on the One Child Policy curious and highly interesting.

I’ve lived in the U.S. for nearly four decades now, and my sensibilities cannot help but become more Western. When I think of the One Child Policy, I think about how it has affected the individual, most specifically how it has intruded upon women and their reproductive rights. I assumed that most Chinese people felt the same way. The reaction that most surprised me came from a Chinese citizen who reminded me that in implementing the One Child Policy, Chinese people made a great sacrifice for their country and their country, in turn, made a great sacrifice for the entire world. This sacrifice is not one that ought to be taken lightly or criticized.

GD:  What do you have planned for future writings? Do you think you will ever explore these issues again?

MSK:  The more I learn about the One Child Policy, the more I am haunted by another set of its victims—girls whose hukou or household registration were saved for a younger brother. These girls, called heihaizi or shadow or ghost children, are undocumented, illegal, and non-existent in the eyes of the law. They have no rights to health care, education, or legal protection. They cannot legally ride public transportation, marry, obtain or inherit property, or have children.

I’ve been exploring this subject as a possible next novel. You can read my short story at: https://maggieshenking.com/companion-story-invite/